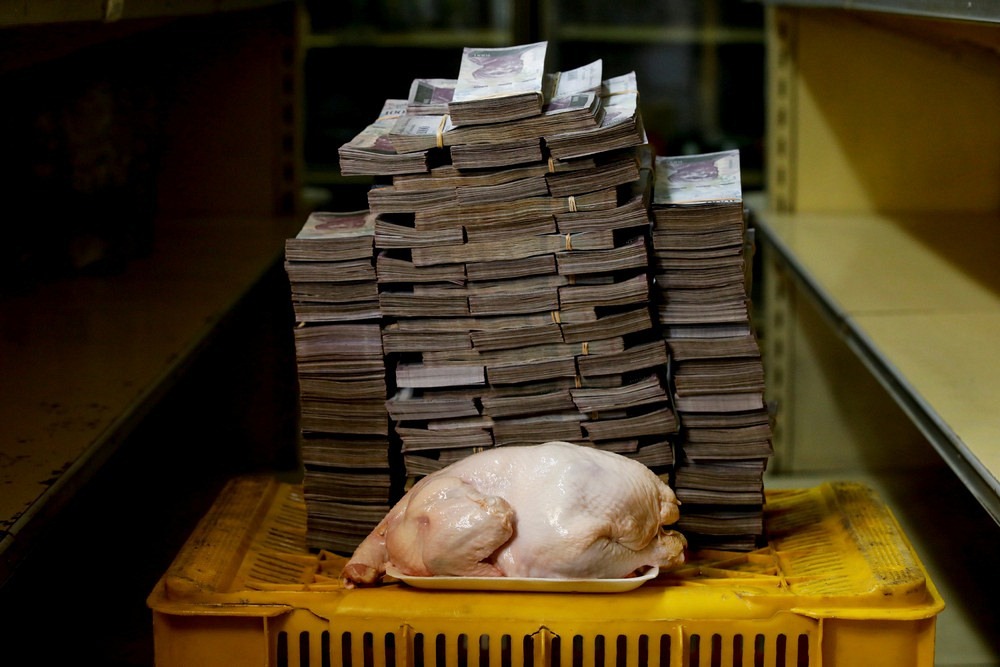 The economic situation in Venezuela today is depressing. The annual inflation rate is spiraling out of control and millions of Venezuelans are struggling to afford even basic items such as food and toiletries. Prices are doubling every month, and if economists are to be believed, the inflation rate will touch 1 million percent by the end of this year.

The last time hyperinflation of such scale occurred was in Zimbabwe between the 1990s and the 2000s, when the government famously printed banknotes of 100 trillion dollar in a vain attempt to make carrying cash convenient. That banknote was worth about USD 30 then.

But Zimbabwe’s hyperinflation was only the second worst in history. The worst was suffered by the Hungarians between 1945 and 1946, when the daily inflation rate was at over 200 percent. Compared to the inflation in Zimbabwe and Hungary, Venezuela’s train-wreck of an economy looks very amateurish.