Pregnancy and childbirth massively transform a woman’s body, including in some weird and not-so-wonderful ways. For many of them, the thought of what they might look like afterwards may be extremely daunting. So having a person in their life who loves them unconditionally can make a huge difference.

But one mom has been told by her husband that she’s “let herself go” following the birth of their baby.

In a sincere post on Mumsnet, the woman explained that she and her partner had had a big fight after he’d been “grumpy all afternoon.” When she asked him what was the matter, he “blurted out that he doesn’t understand what’s wrong with me,” adding that she no longer looks like the woman he agreed to spend the rest of his life with.

As you can imagine, these words broke her heart. 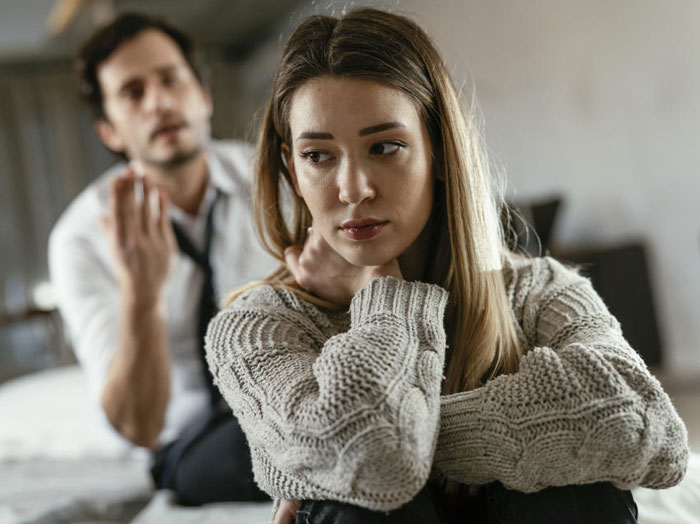 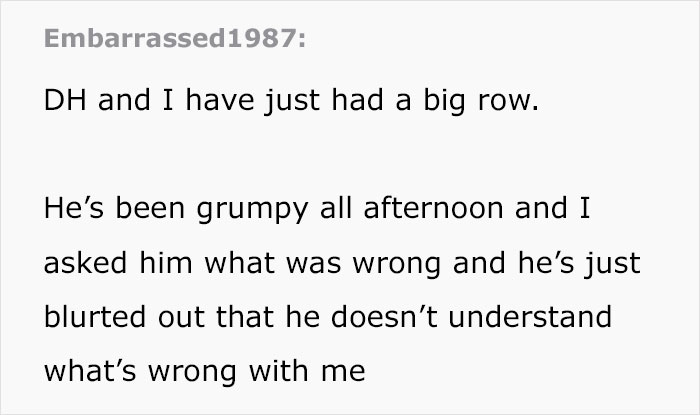 The woman explained her situation in more detail 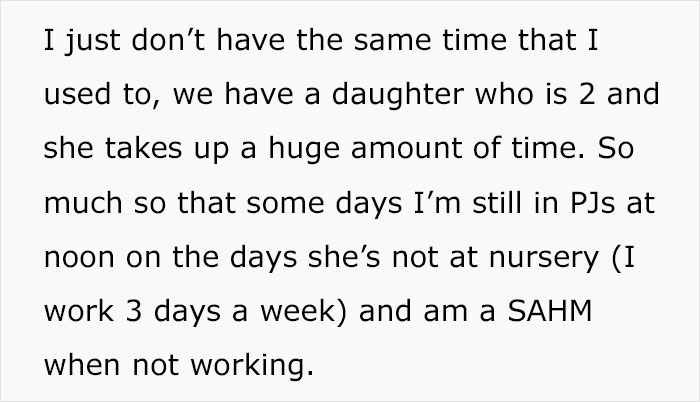 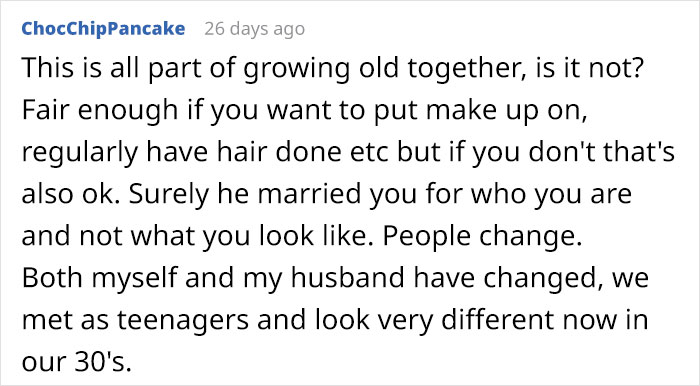 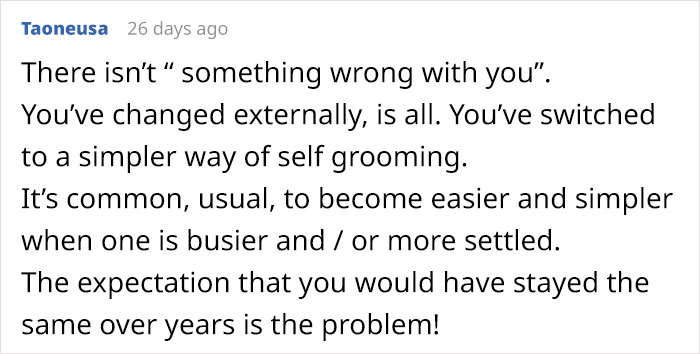 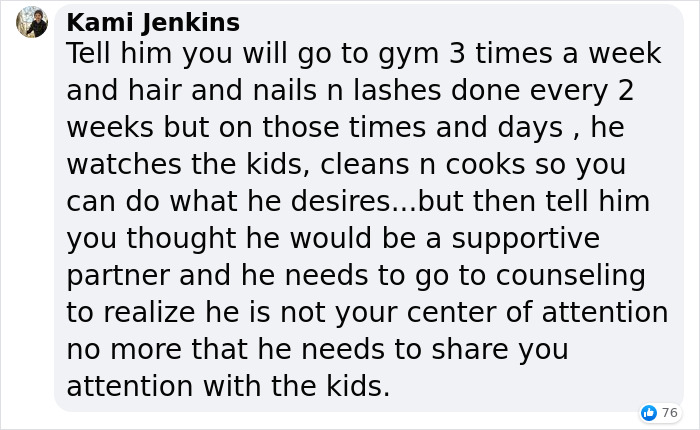 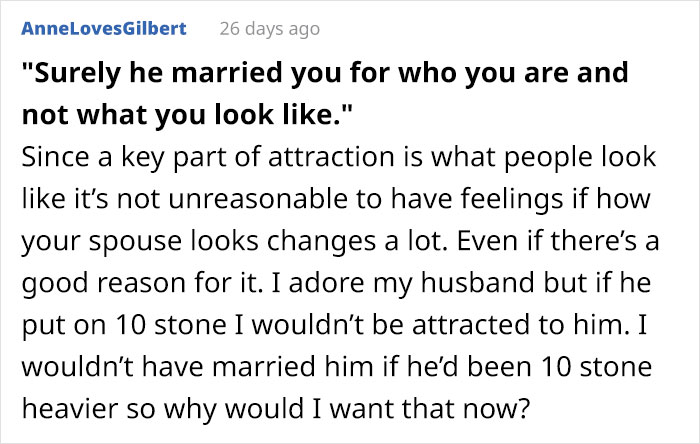 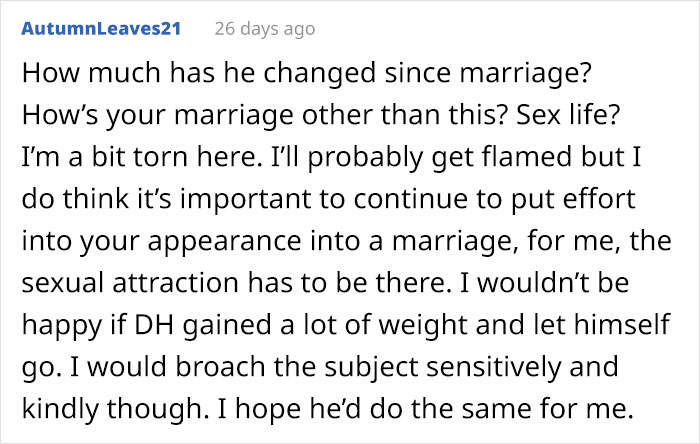 The post Husband Says Wife Has Massively Let Herself Go Since Giving Birth To Their Baby first appeared on Bored Panda.