What if some husbands take it all for granted? Homemade dinner, fresh socks, ironed shirts, sparkly clean house, you name it.

But the TikToker Jalie, @wifestrike, got so fed up being the one cleaning up after her hubby, she announced “week long strike on not cleaning any of his stuff because he swears to god, he’s the one cleaning.”Jalie carefully documented each day of her ongoing house chore strike, sharing her findings with her 16.7K followers.

And not all of it was pretty: from piles of laundry to dirty dishes sitting there waiting for Godot, many people found her hilarious videos all too relatable. So let’s see how the wife strike has unfolded and whether the hubby was really right about being the one who takes care of the tidiness at home.

TikToker Jalie had enough of her husband swearing he’s the one cleaning, so she went on a week-long ‘wife strike’ 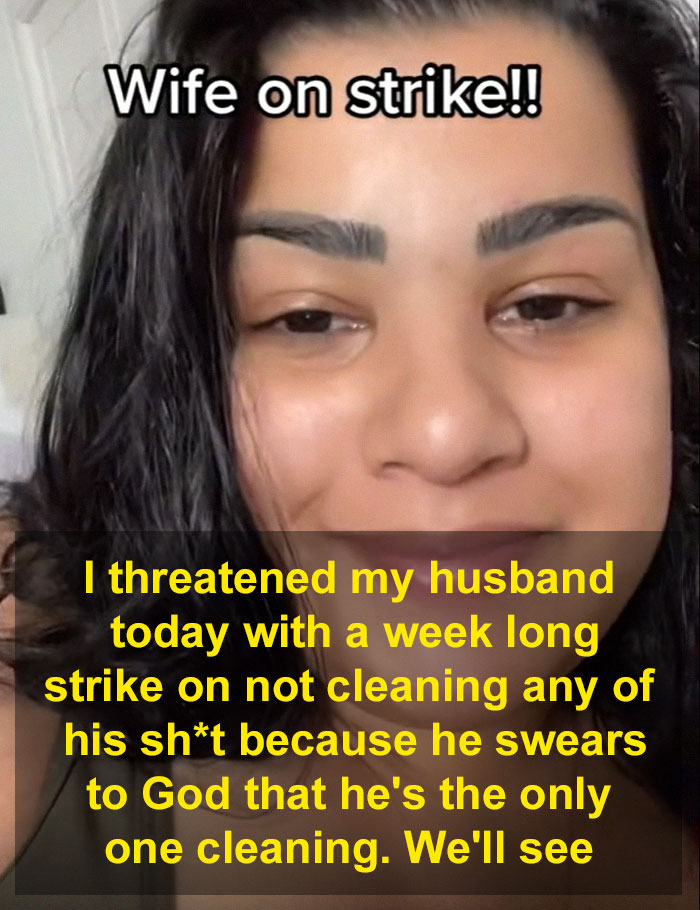 From piles of laundry to beauty products being tossed around and dirty shoes lying right there around the house, Jalie hasn’t moved a finger 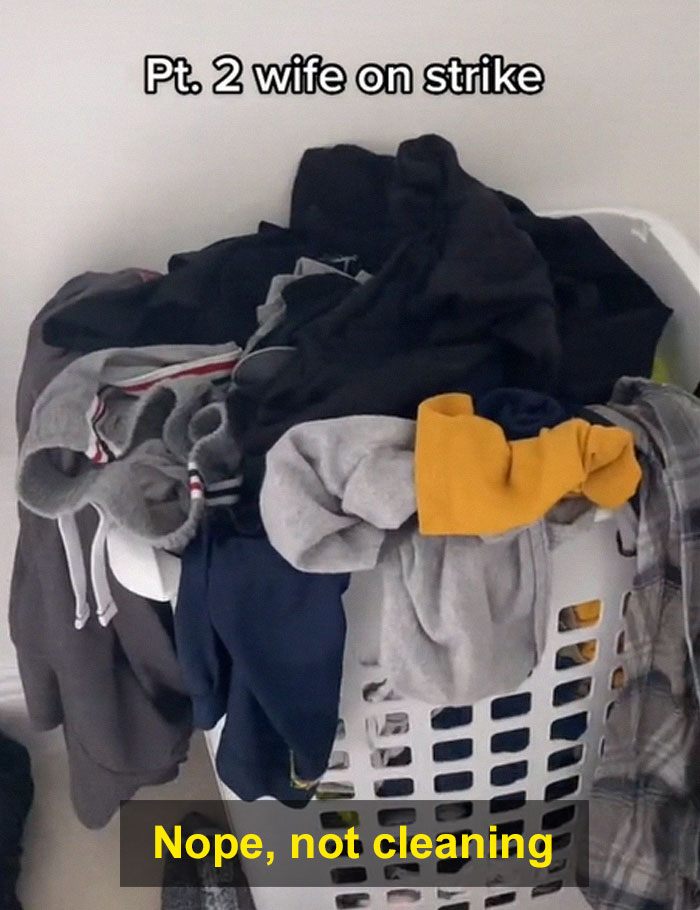 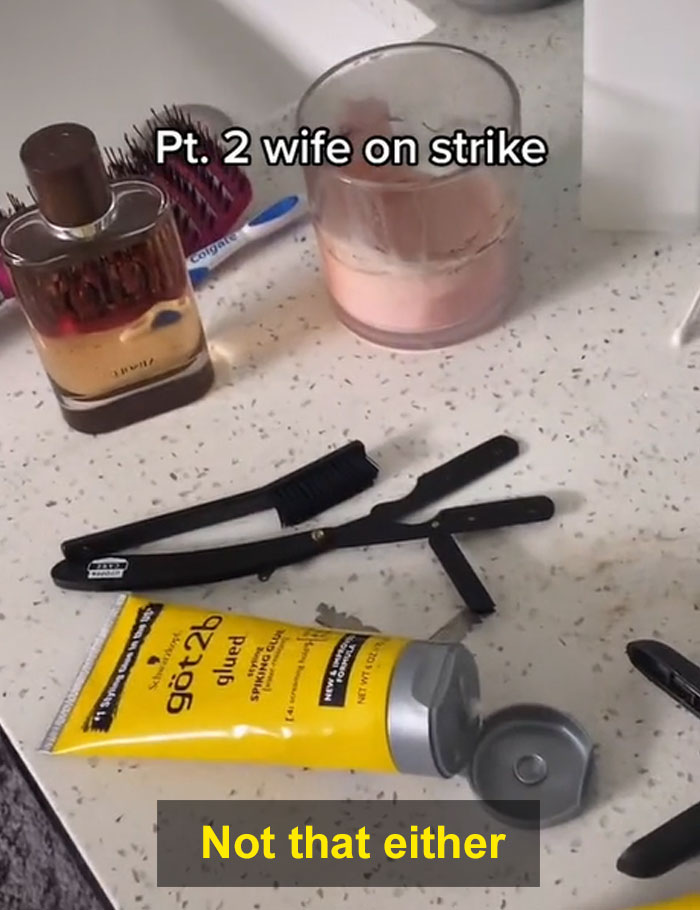 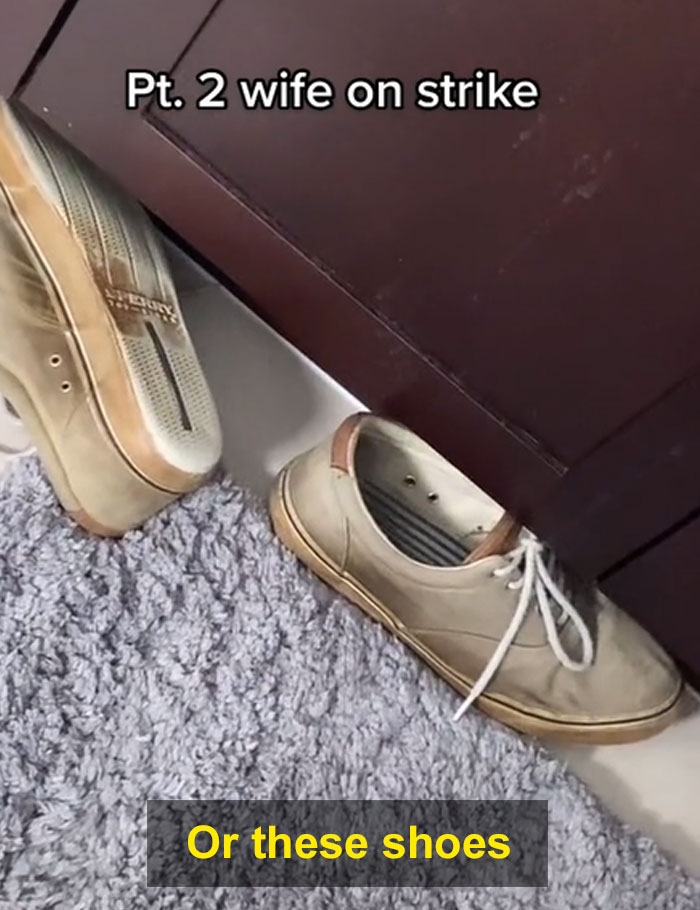 During Jalie’s wife strike some things were more or less fine, but others… not so much 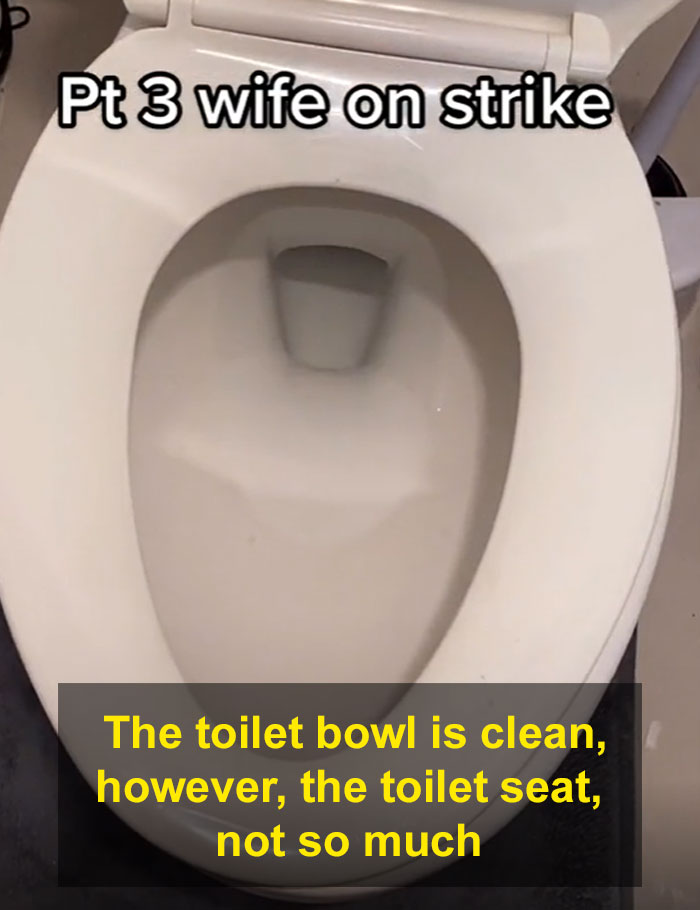 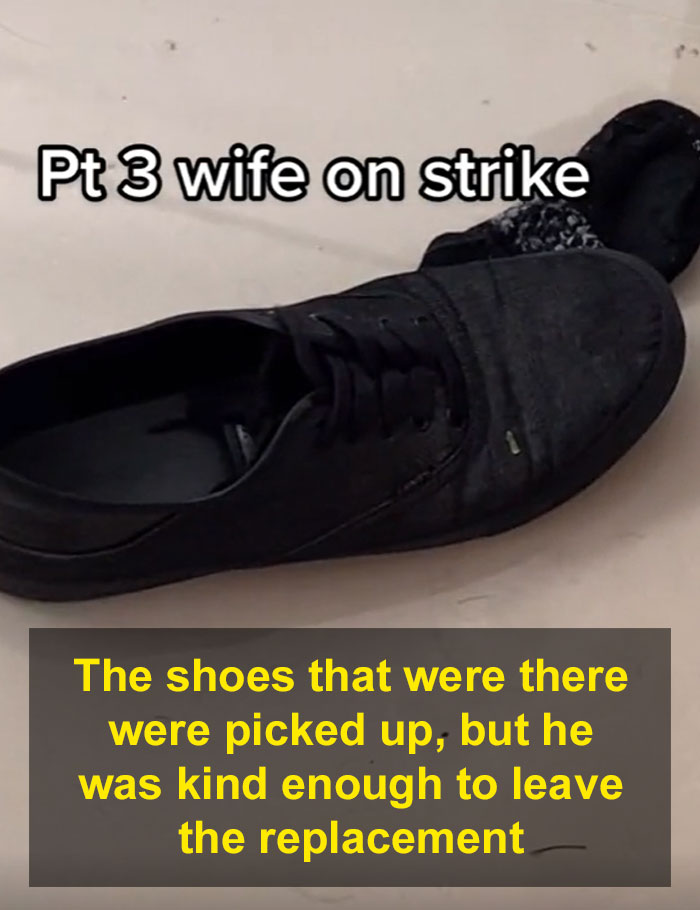 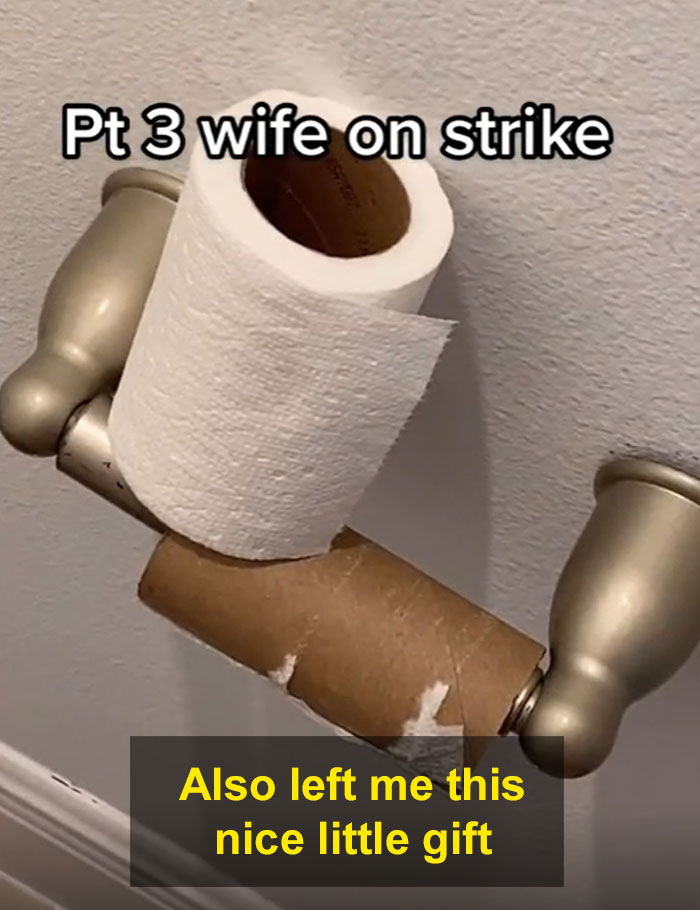 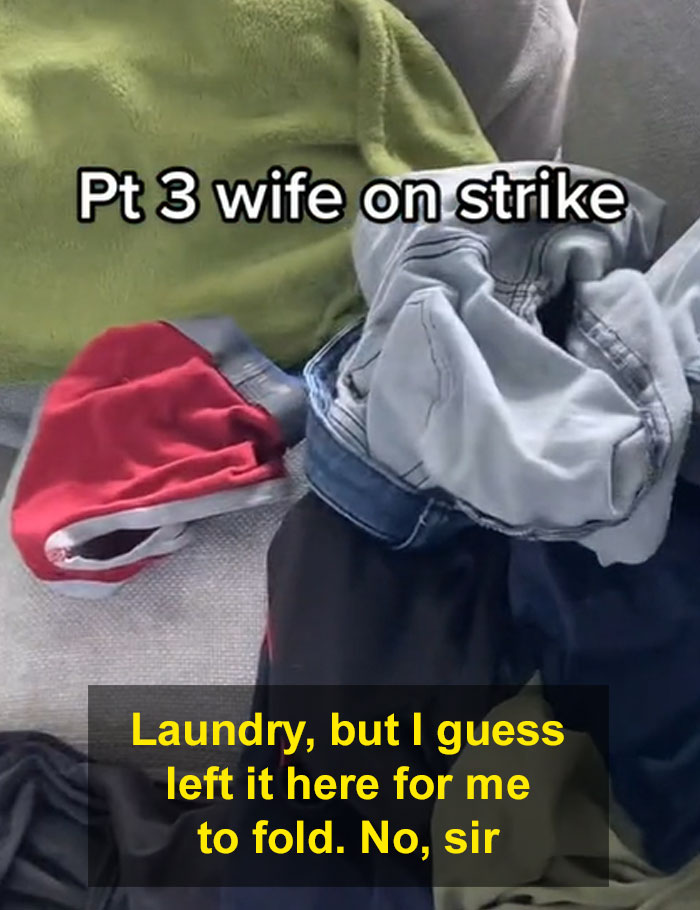 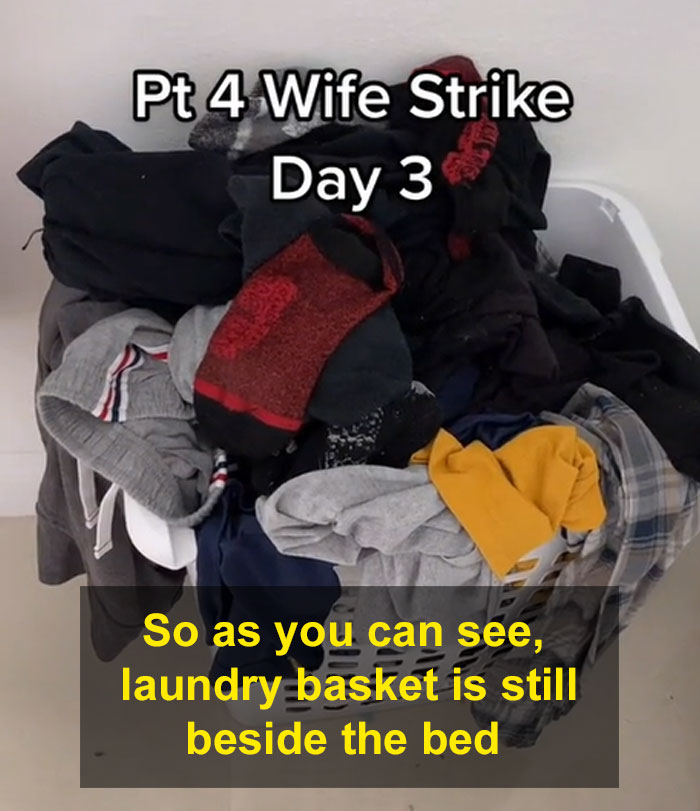 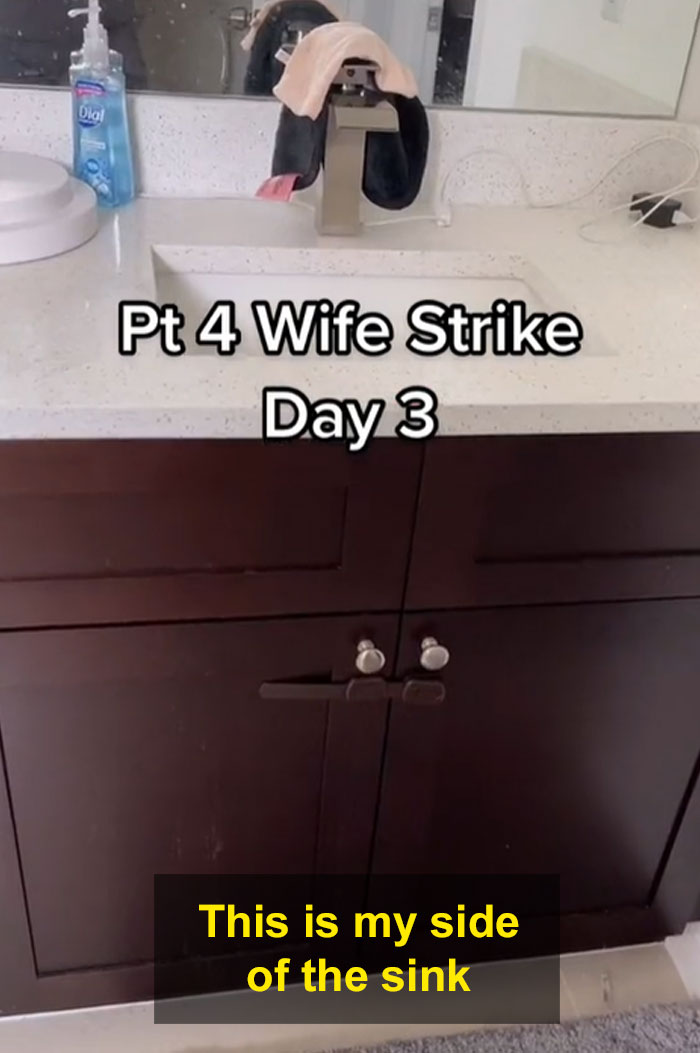 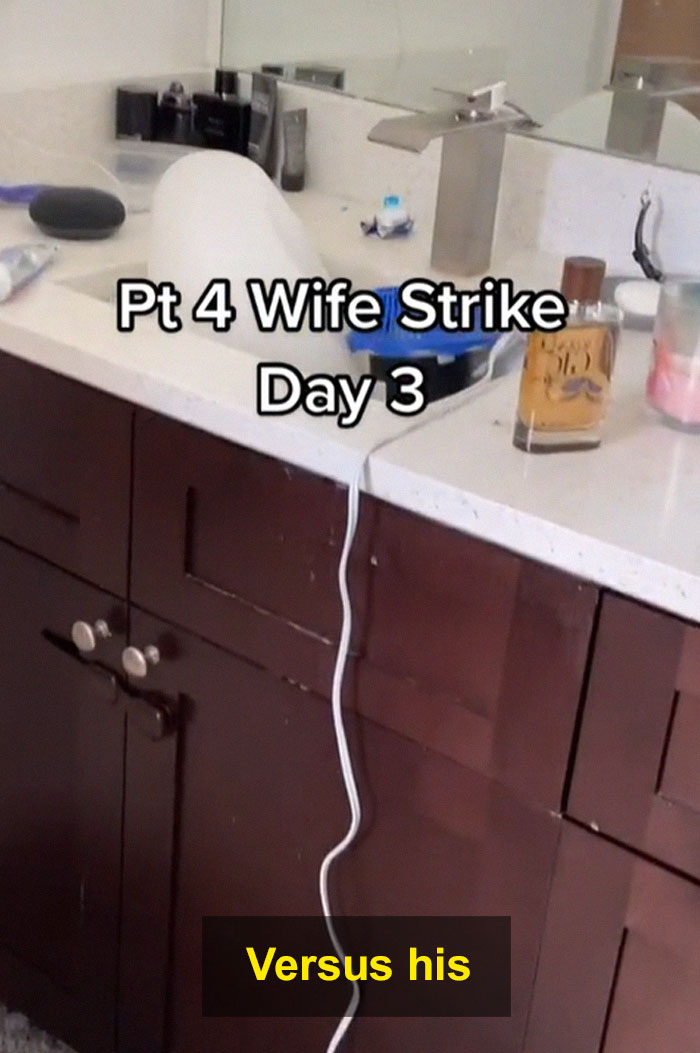 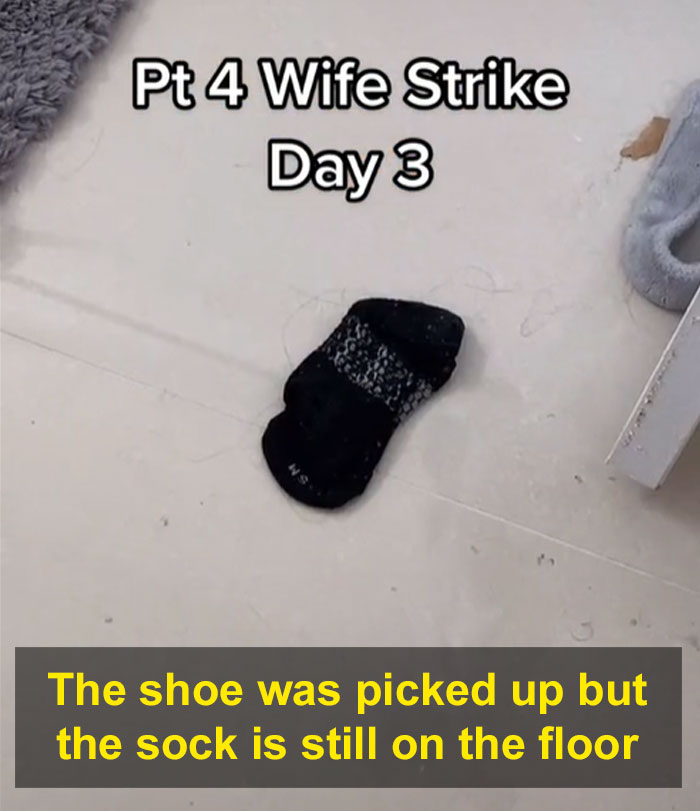 After allegedly having cleaned the bathroom, the hubbie couldn’t be bothered to do some extra and left things just lying there 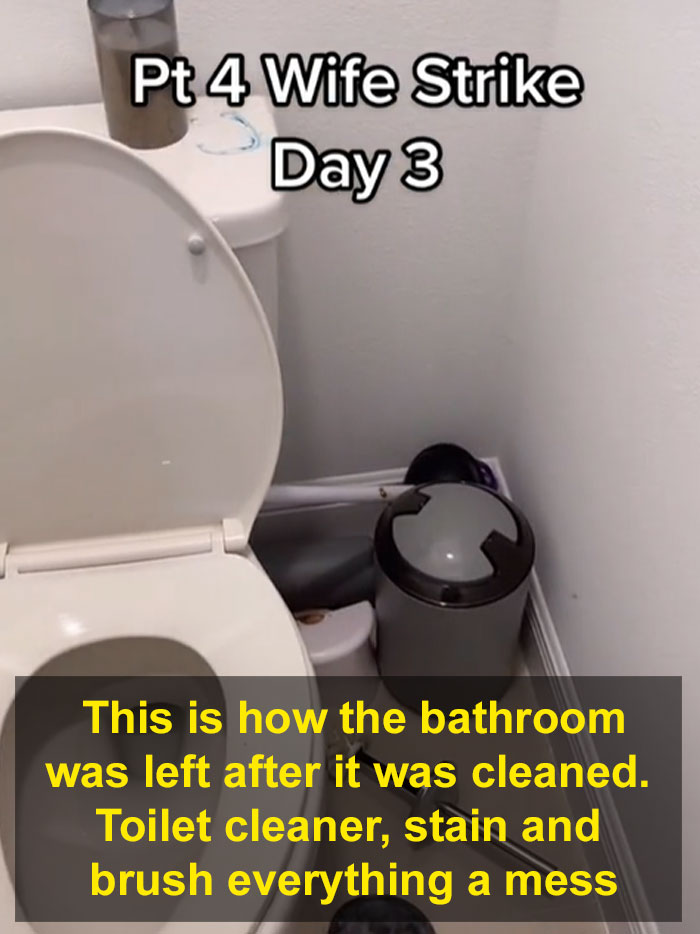 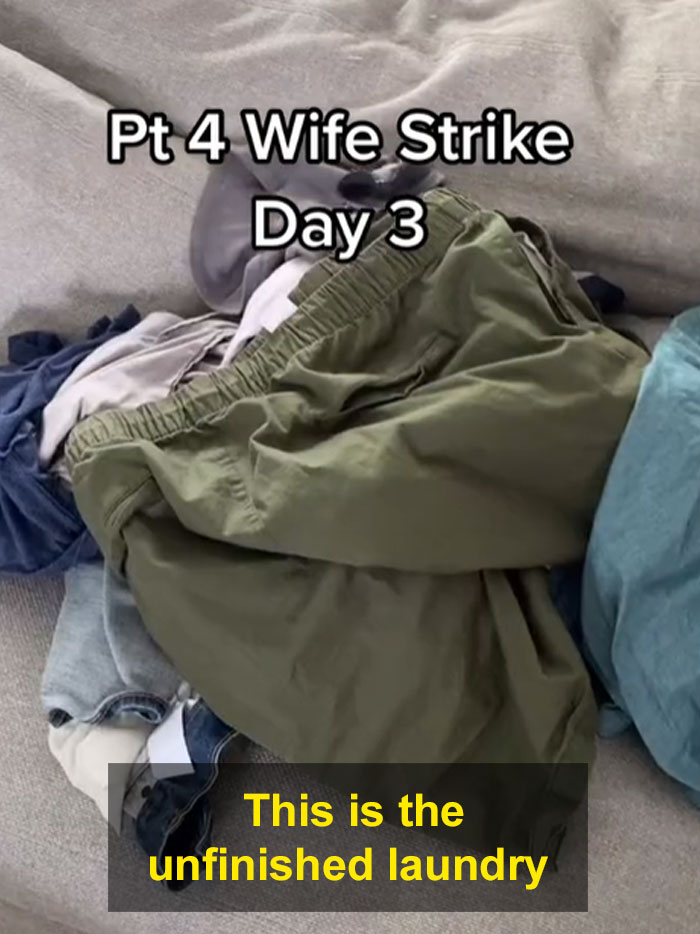 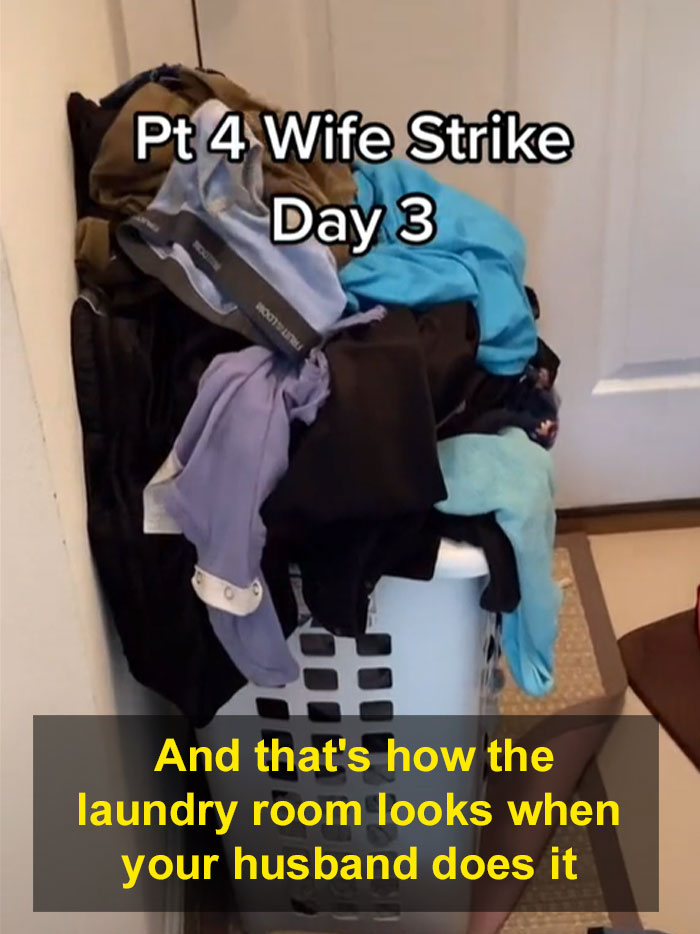 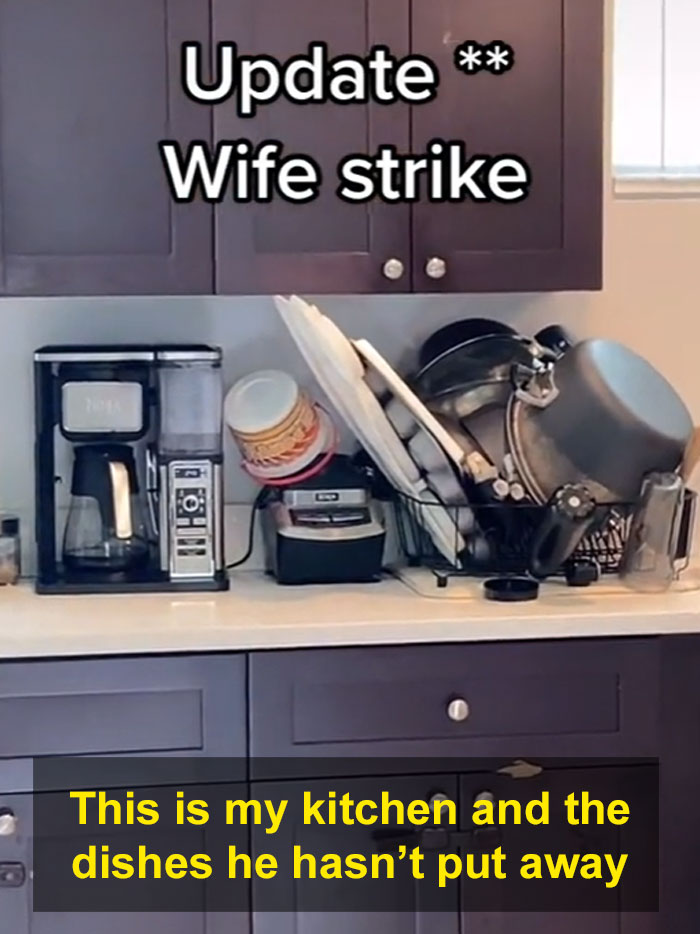 The clean clothes by the bed are waiting to be put away but hey, it’s day 5 of the wife strike and Jalie is still not doing it 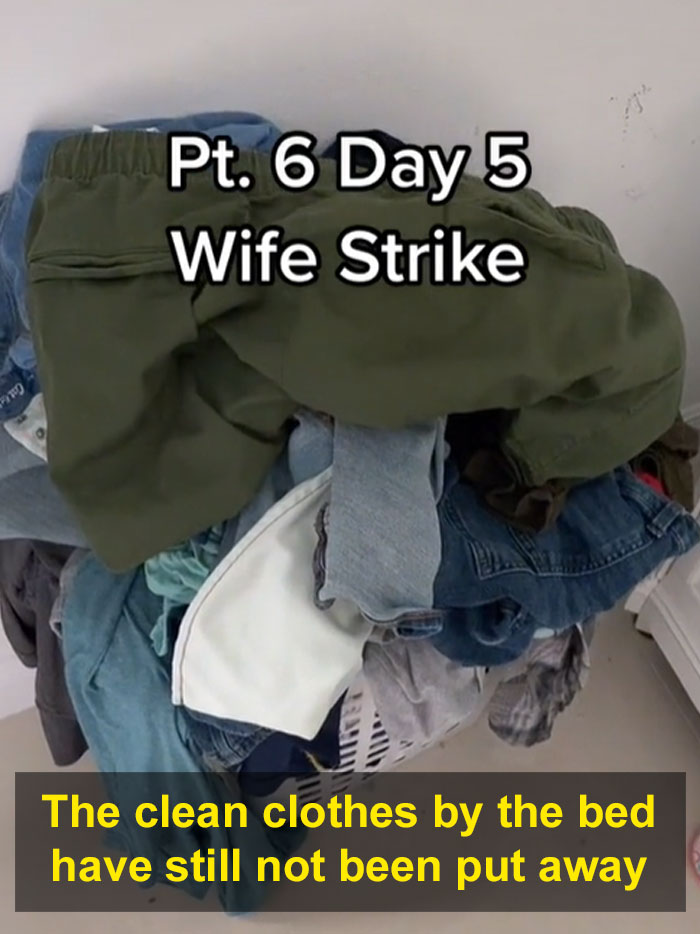 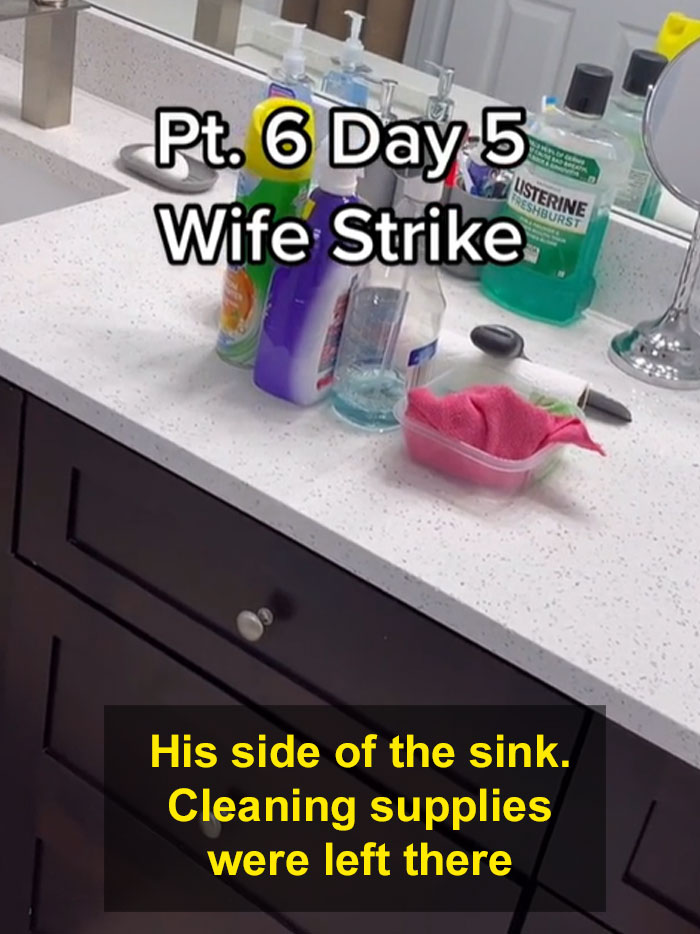 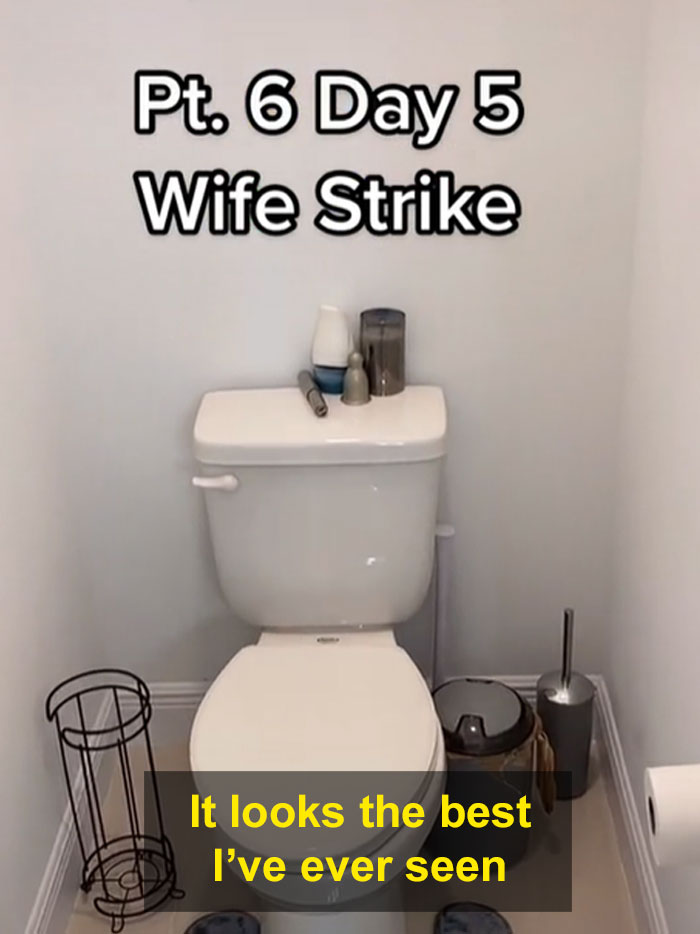 And look, there’s no usual suspect, aka an unidentified sock lying there 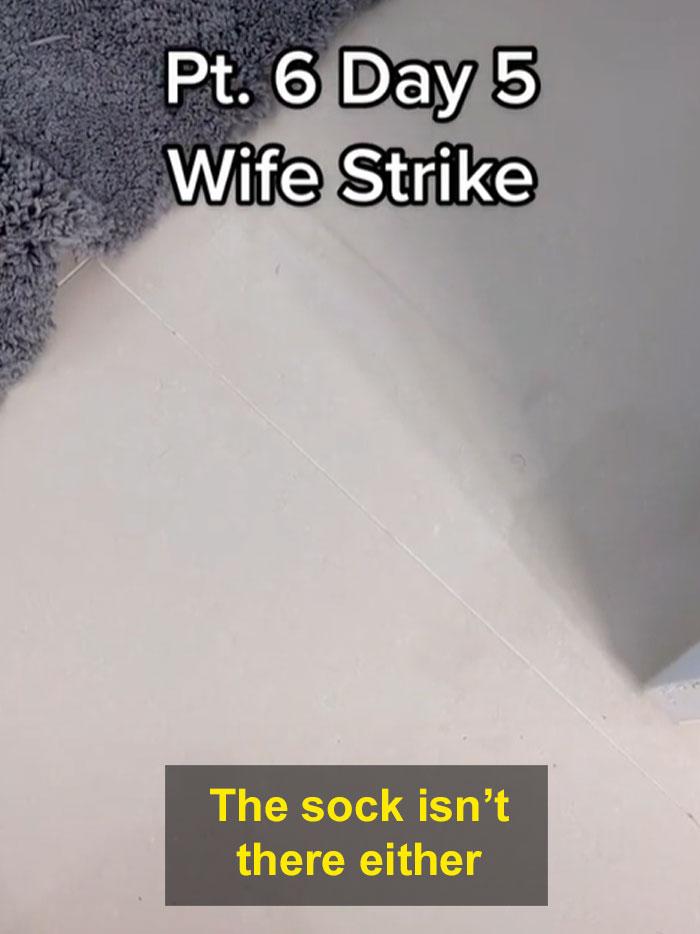 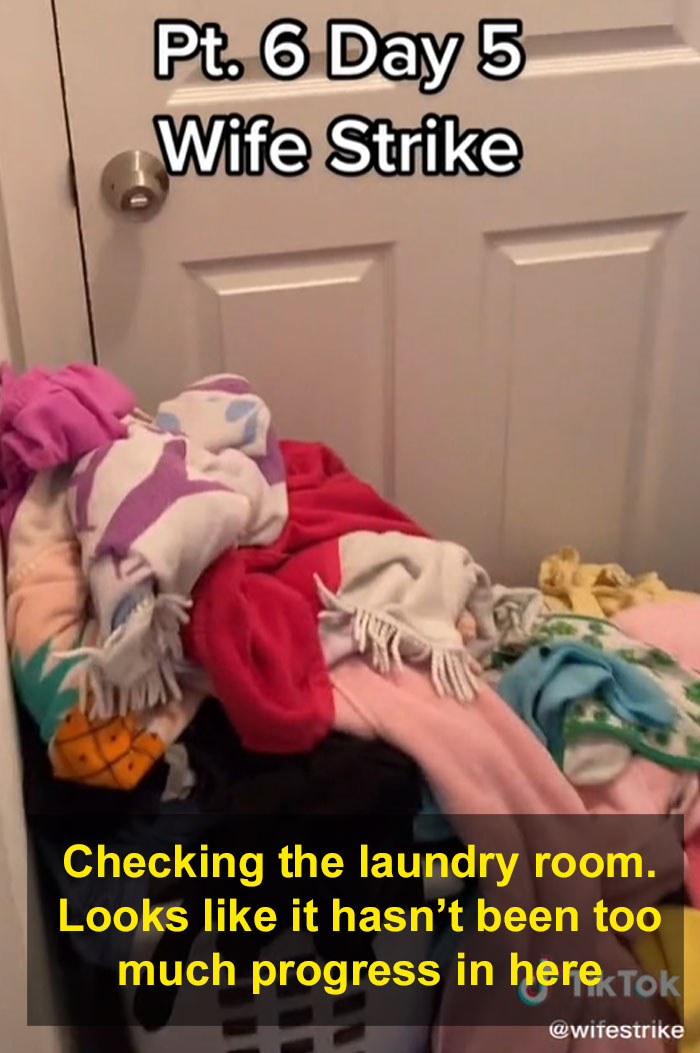 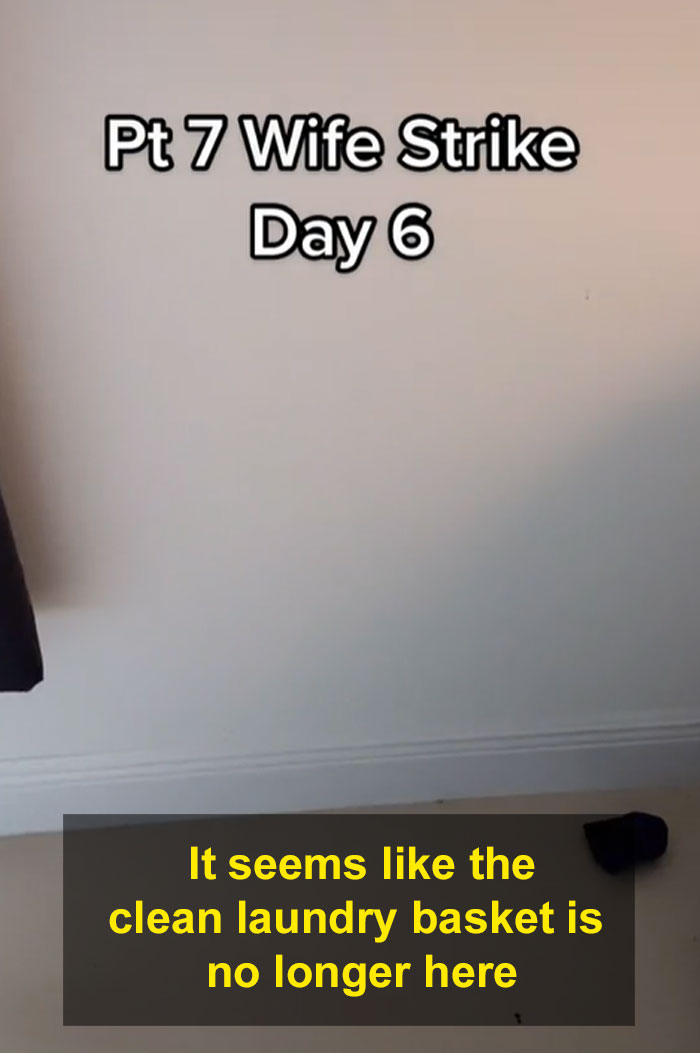 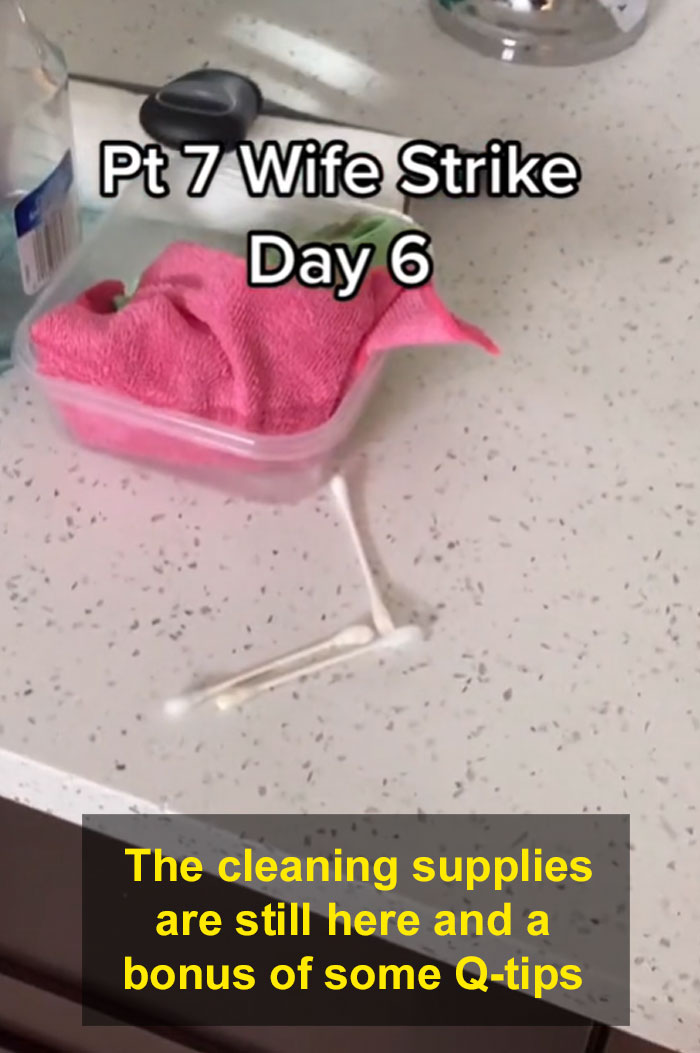 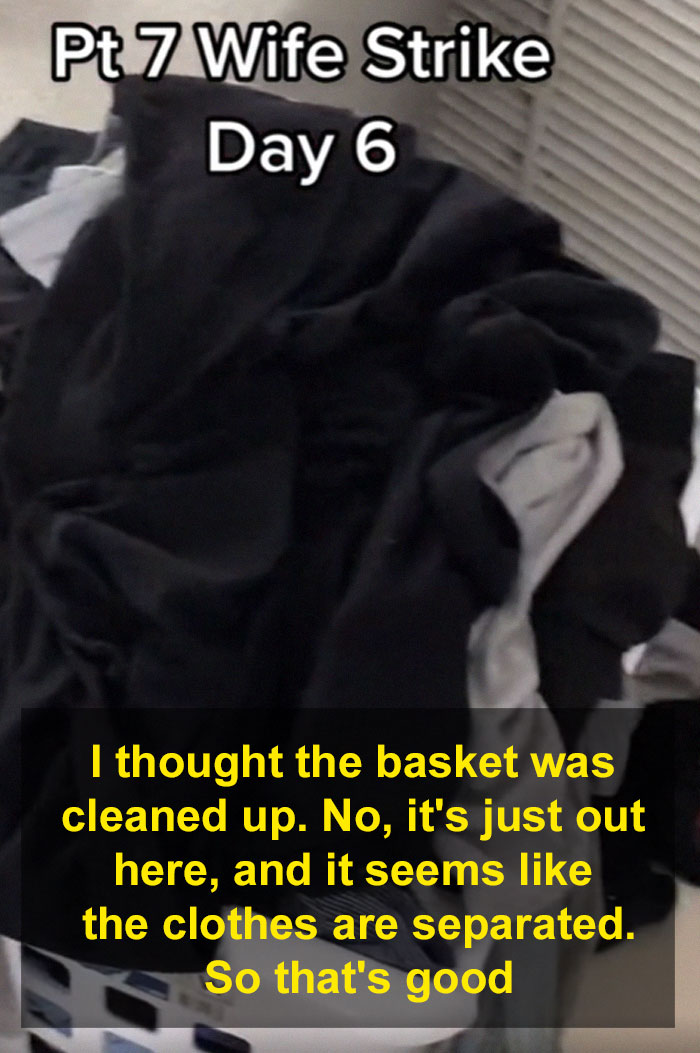 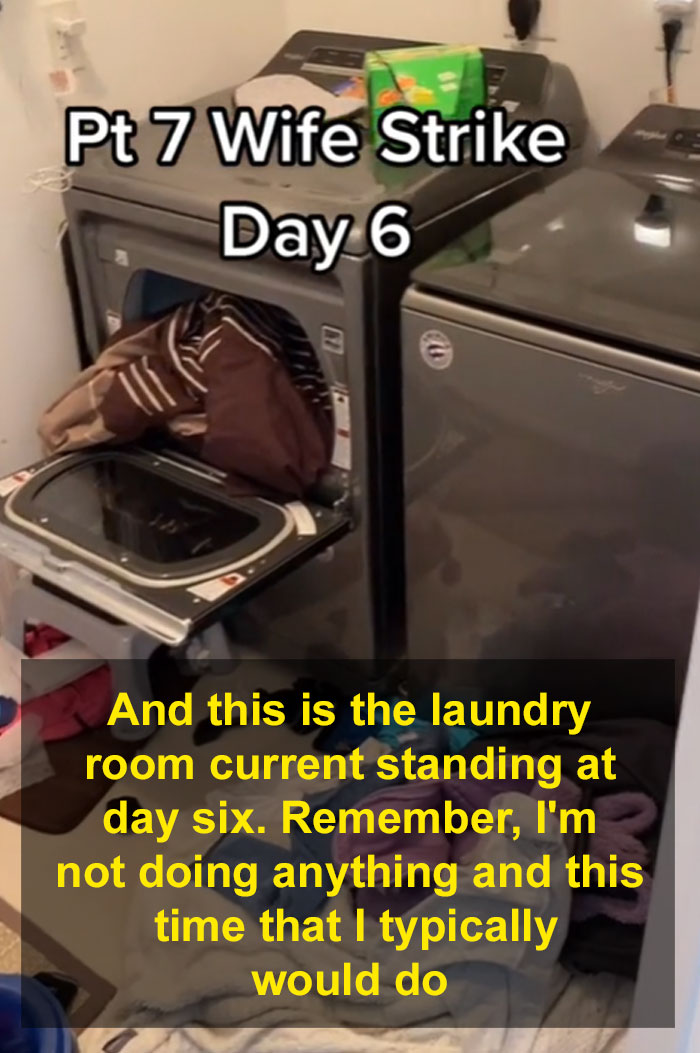 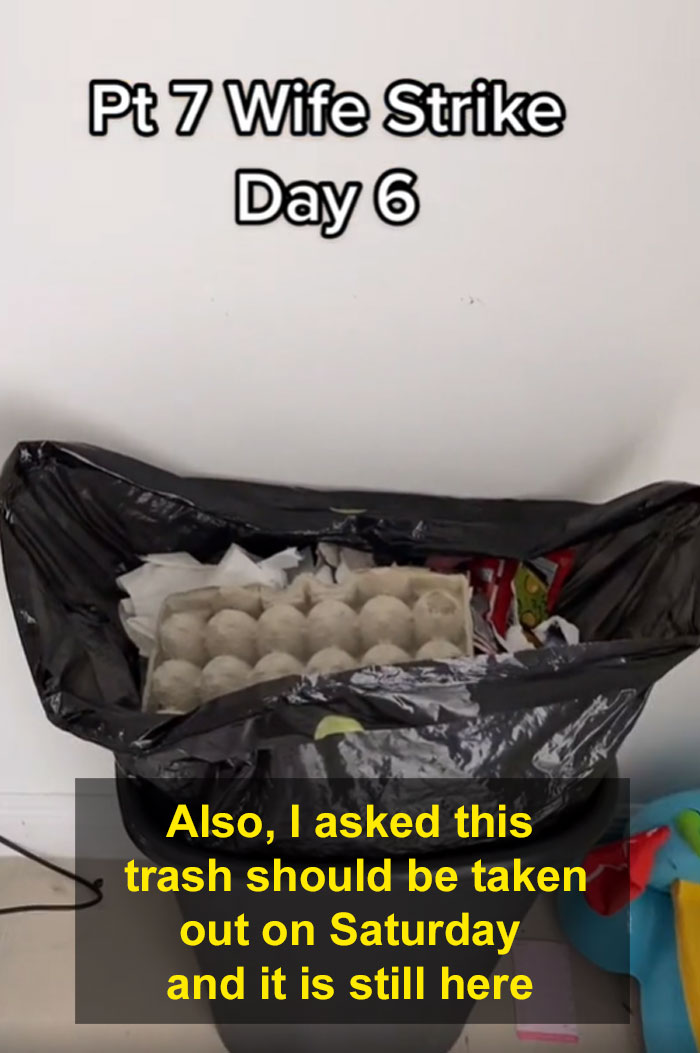 The post Husband Swears That He’s The One Cleaning The House, Wife Goes On A Week-Long Strike first appeared on Bored Panda.