There are some things that just should not be joked about. Whether they are offensive to certain groups of people or just too sensitive of a topic to ever be funny, it’s best to avoid these things in your comedy. There are a million jokes and pranks that can be done without hurting anyone’s feelings, so why resort to a punchline that will feel like a kick in the gut?

Recently, one husband had no gauge of where the line is when it comes to pranks and crossed it without any hesitation. His wife then shared the story of his ‘prank’ (if you can even call it that…) on the True Off My Chest subreddit, so below, you can read the full story and decide how you would have responded in this situation. Let us know what you think of this husband’s ‘sense of humor’, and if you are planning any pranks for your loved ones, please don’t make the same mistake he did. Then if you’re looking for a more lighthearted Bored Panda article to read next, check out this story featuring pranks that are actually harmless and don’t result in anyone crying.

Recently, one wife shared the story of a ‘prank’ her husband pulled on her that has had lasting effects 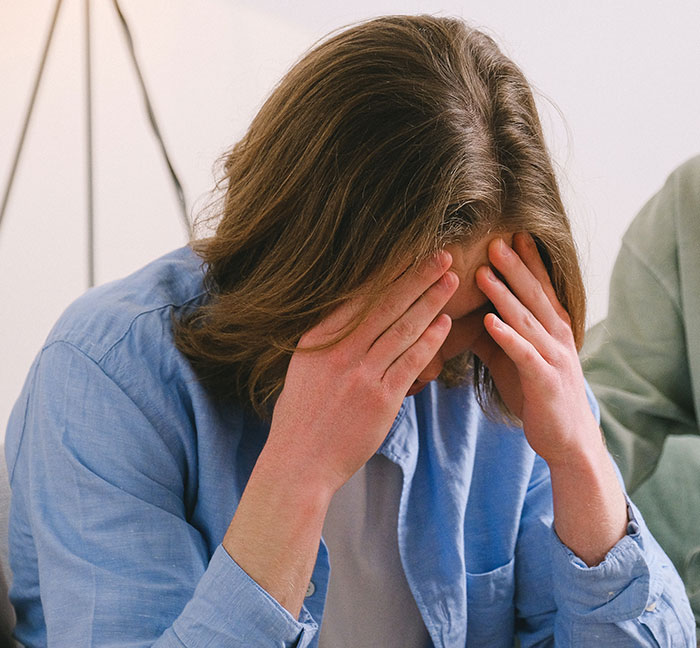 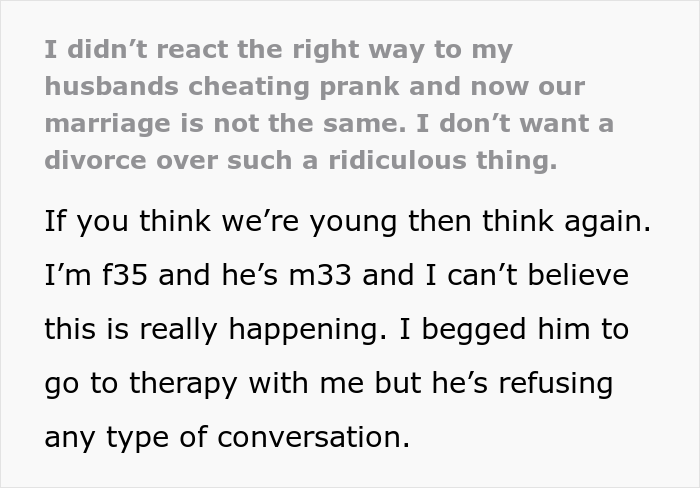 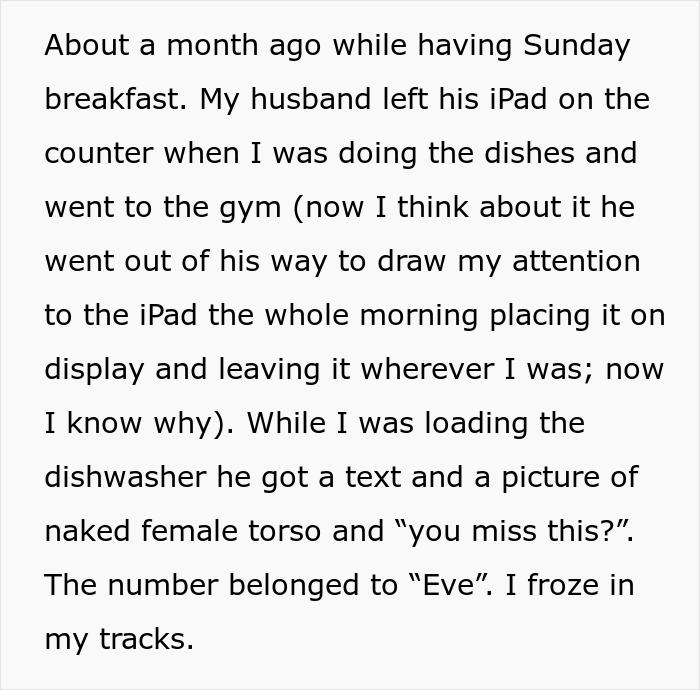 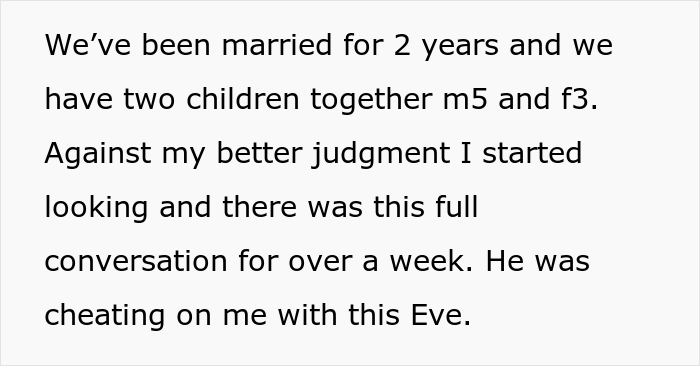 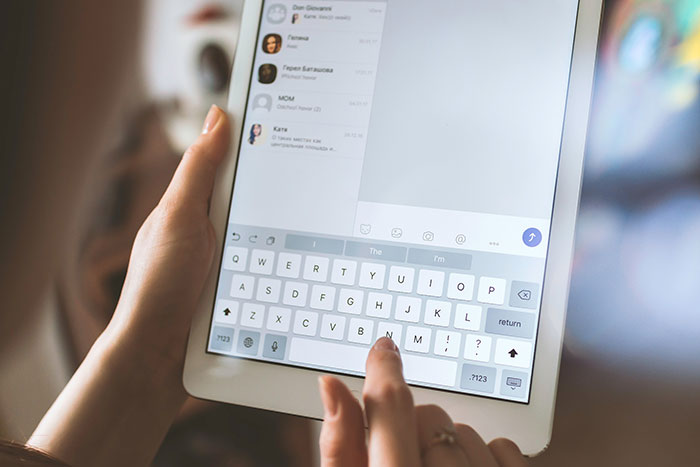 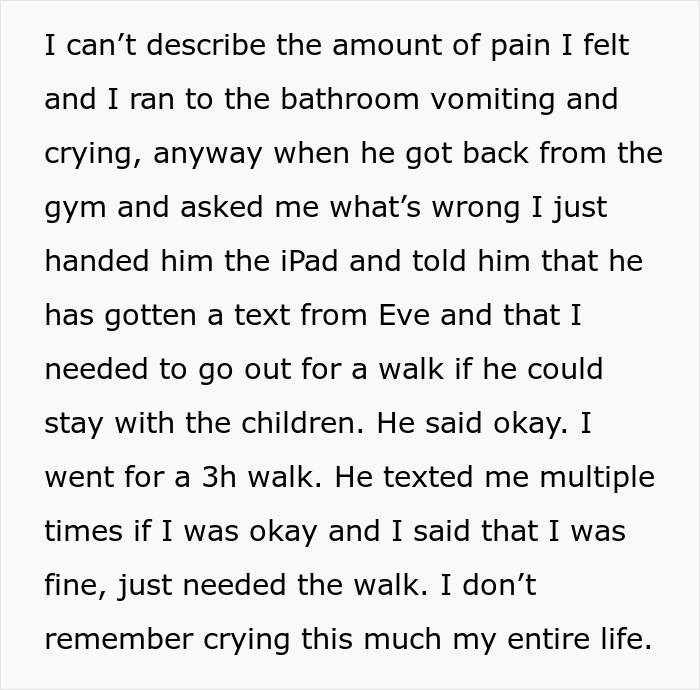 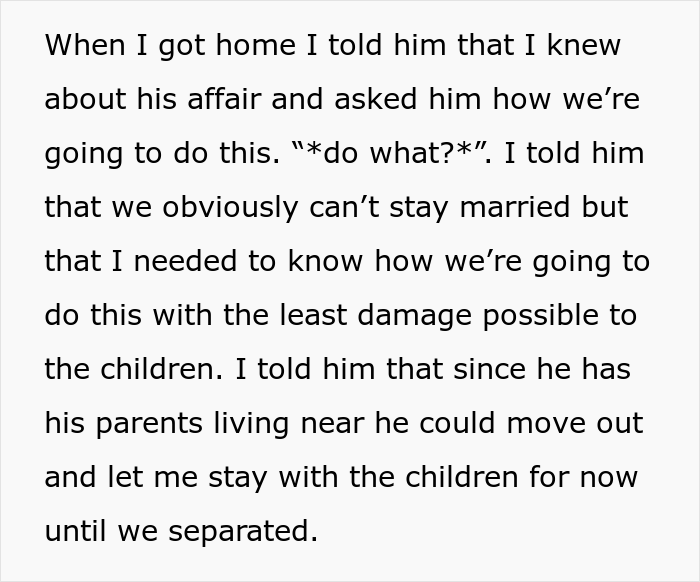 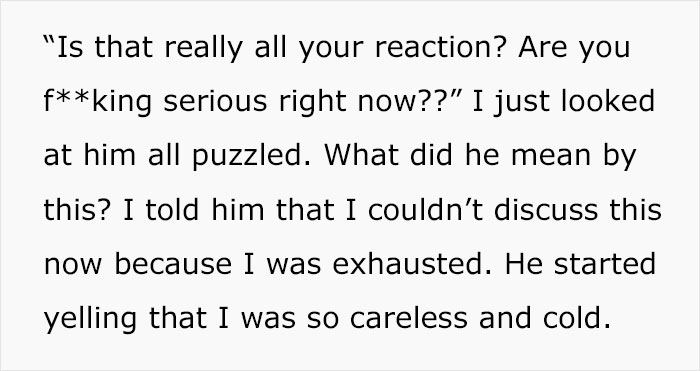 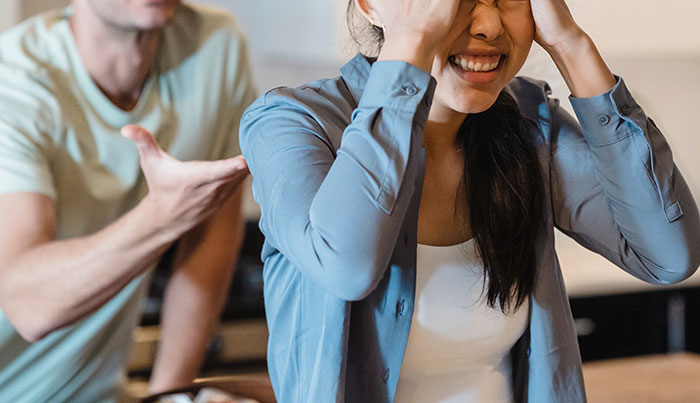 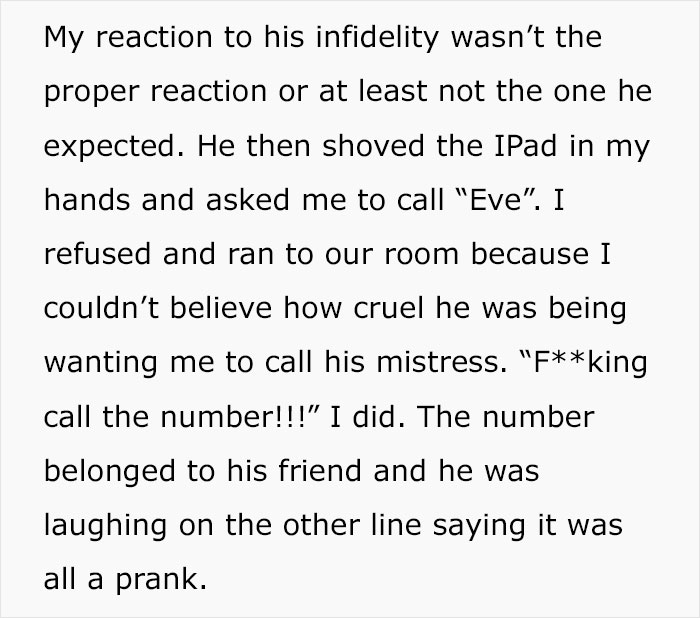 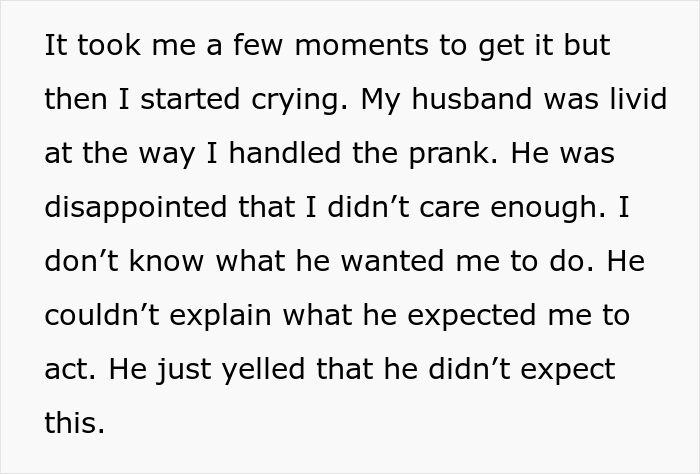 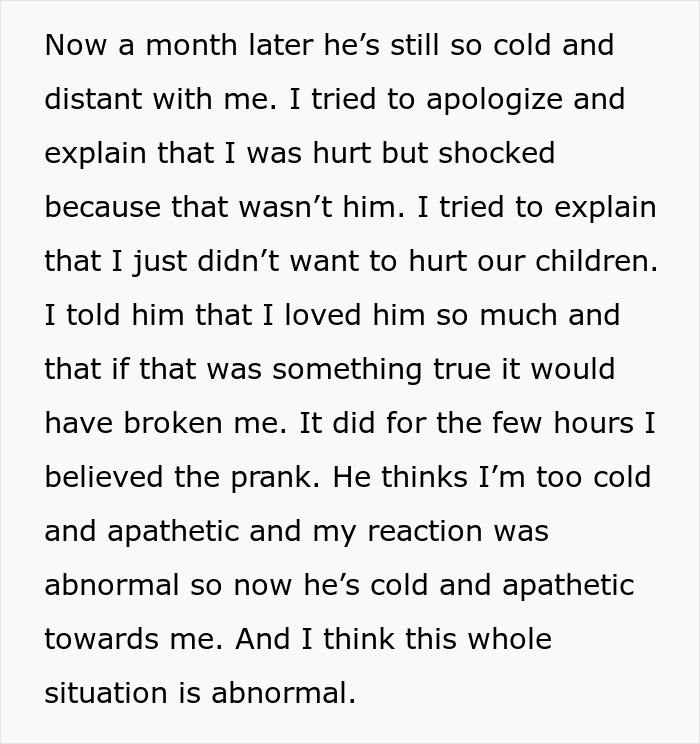 I’m not sure how this husband considered the idea of having an affair and betraying his wife funny in the first place, but I would guess that he would not find it as hilarious if she was the one “having an affair”. For a prank to be funny, it has to be harmless and/or ridiculous enough that it could not possibly be true. But unfortunately, infidelity is a common issue that tears marriages apart every day. Letting your partner even think for a moment, let alone hours that they have been cheated on is sick. And according to the Institute for Family Studies, men are more likely to cheat than women, so it’s no surprise that this wife believed what she had seen.

The wife continued to elaborate on the situation in the comments 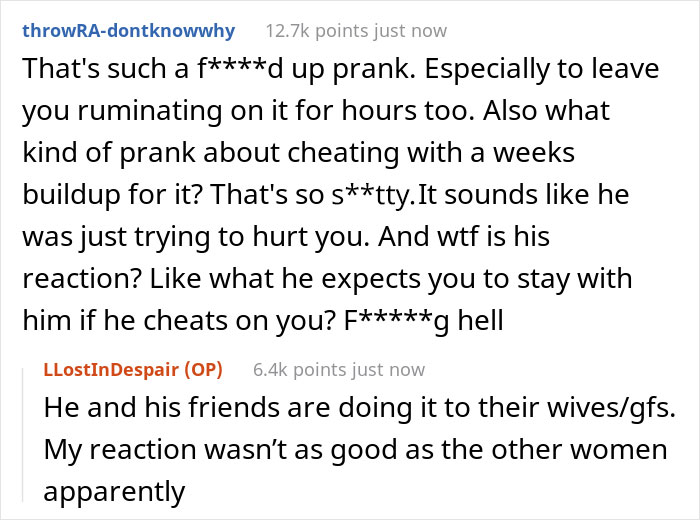 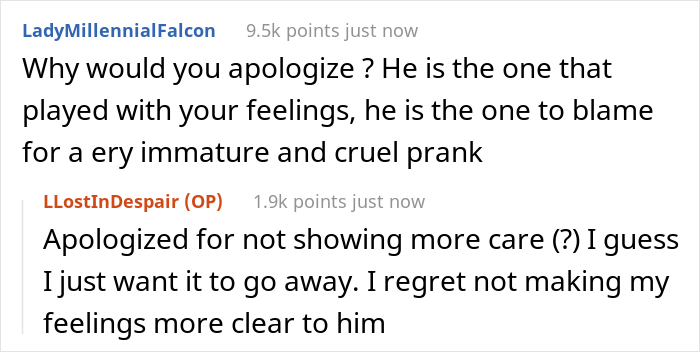 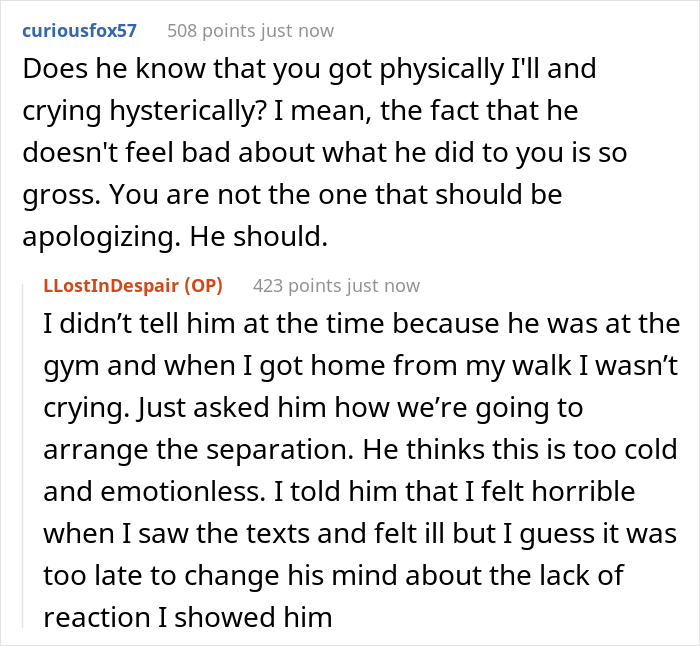 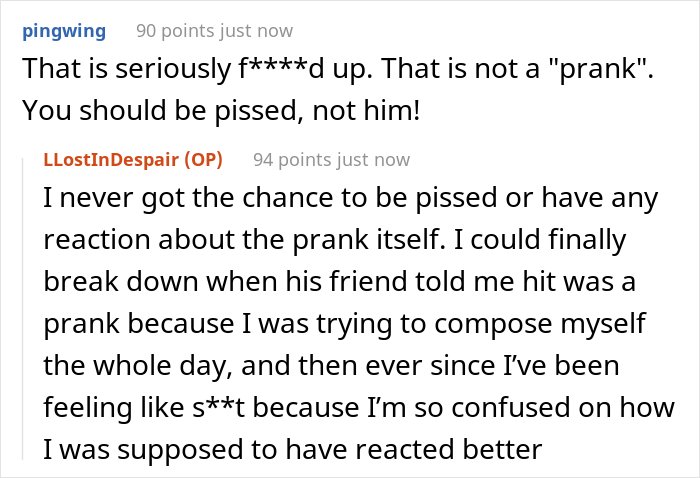 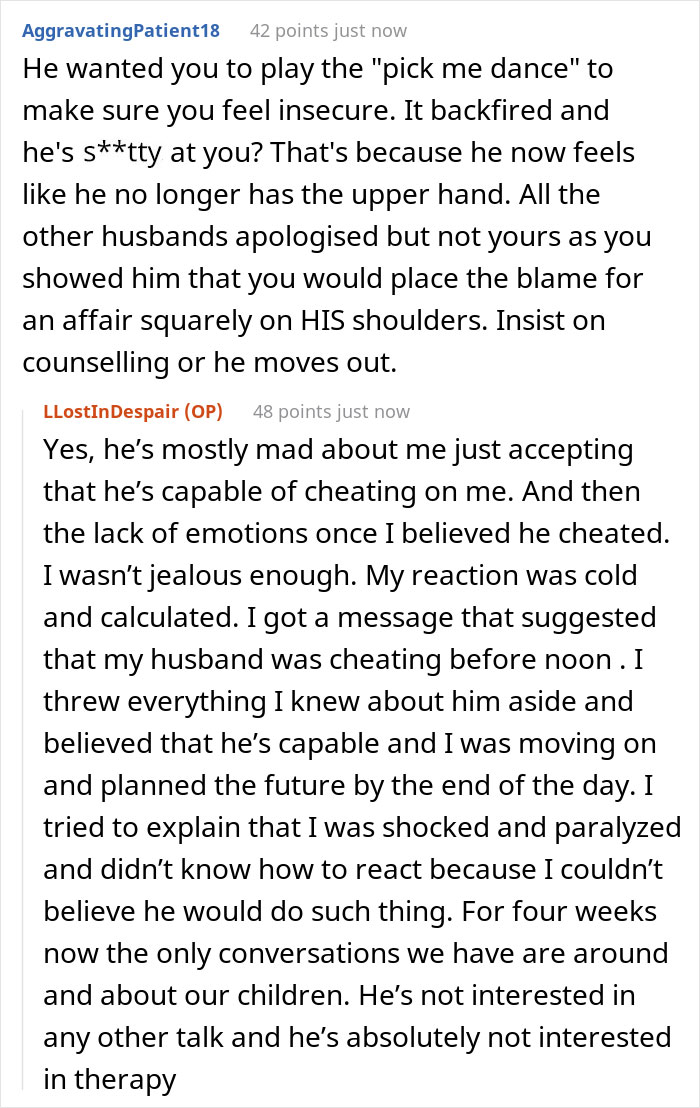 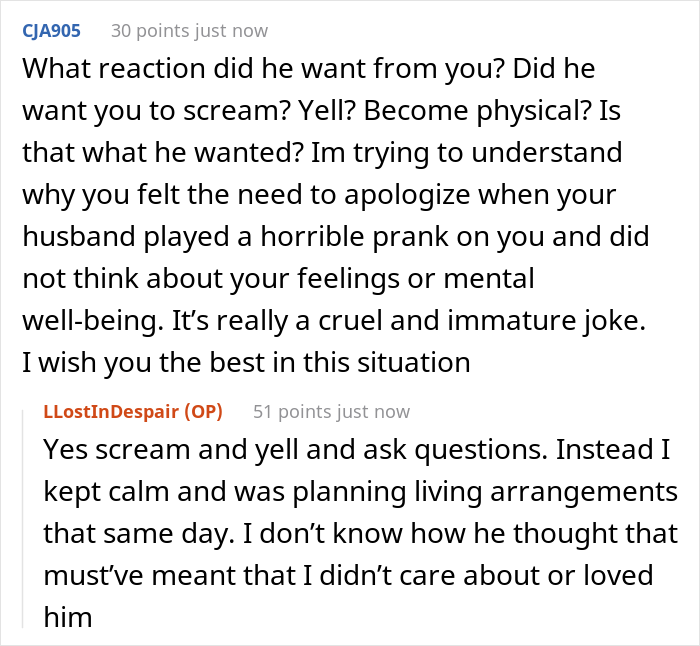 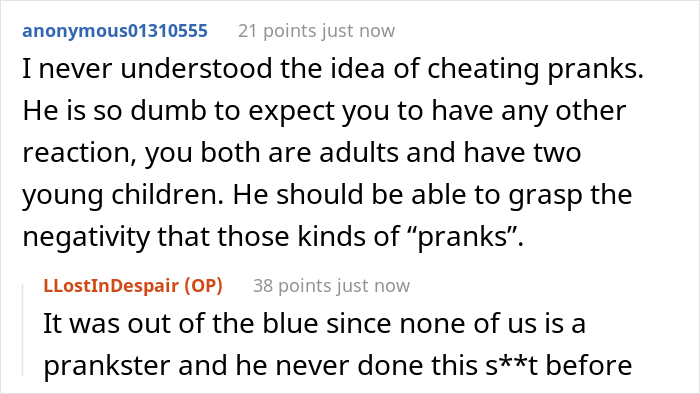 Rates of infidelity are staggering, with 20% of married men saying they have slept with someone other than their spouse and 13% of married women saying the same. Realizing your partner is cheating is also a nightmare for many individuals, as it makes a couple over twice as likely to get divorced. Even if they agree to stay married, after someone’s trust has been broken, it can be incredibly hard to repair the bond between a couple. A funny prank would be putting googly eyes on the fruit in the fridge or hiding a fake spider in the cupboard. Causing emotional distress and leading your partner to believe that your marriage is ruined is not cute or funny.

Sadly, even though the affair was a joke, this couple now has to face the consequences of this husband’s immature actions. Hopefully, the wife will be able to convince her husband to attend therapy or work through this issue, or she needs to figure out what the best course of action is for the wellbeing of herself and her children. We would love to hear your thoughts on this situation below and how you would respond in the wife’s shoes. Has your partner ever crossed the line with a prank? If you have ever been in a similar situation, feel free to share with your fellow pandas how you were able to either move past it or move on.

Many readers have reassured the wife that her reaction was not the problem, and that this ‘prank’ was way more than just a joke 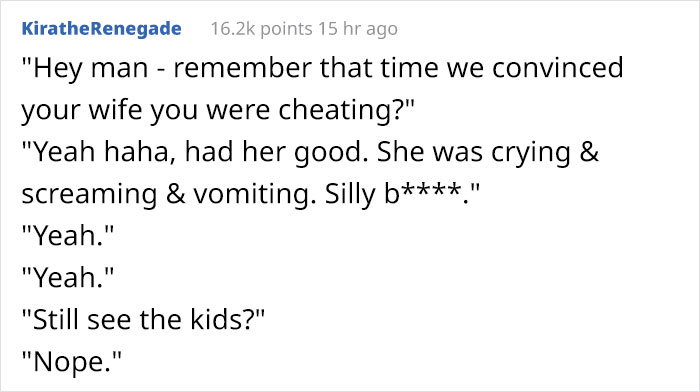 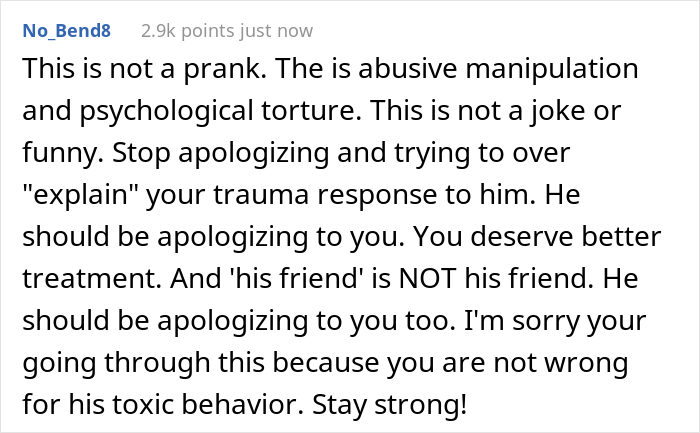 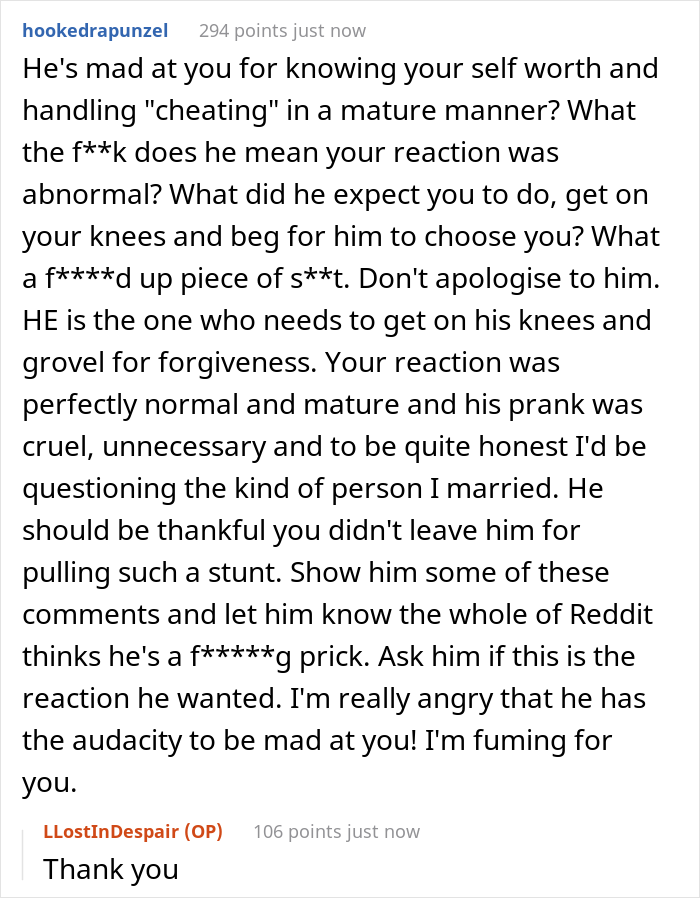 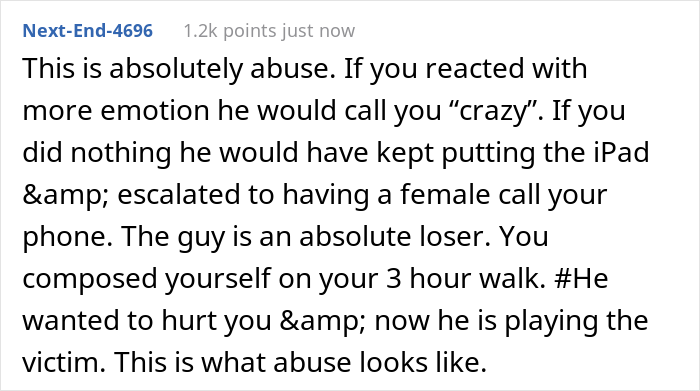 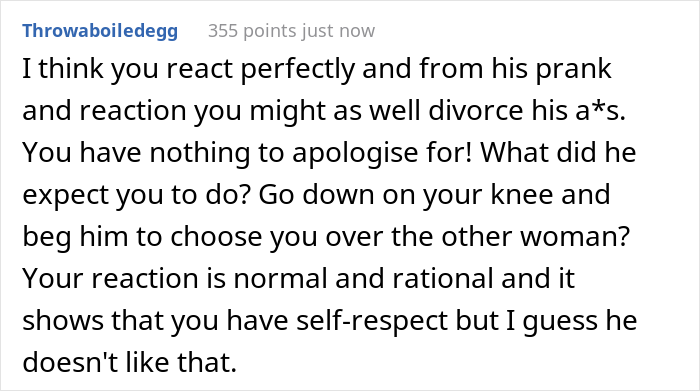 The post Husband ‘Tests’ His Wife By Pretending He’s Cheating, Gets Upset When She Doesn’t React The Way He Expected first appeared on Bored Panda.