One IT employee is going viral after sharing his confession about automating his job and spending his workdays playing video games.

In an honest post made in the popular subreddit r/AntiWork, an anonymous Redditor said that he works as an IT specialist at a small law firm, and that they have spent nearly every day since the beginning of the global pandemic doing whatever they want.

Titled, “I automated my job over a year ago and haven’t told anyone,” the story has received over 80,000 upvotes and nearly 5,000 comments in just two days.

The guy said that he was hired to handle all of the digital evidence his employer uses during trials and that when COVID arrived, they requested him to work from home. Within a week of making the adjustment, the Redditor wrote, debugged, and perfected a script to do his entire job for him.

It’s been over a year, and nobody at his company has any clue.

Who wouldn’t like a well-paying job with little responsibility? 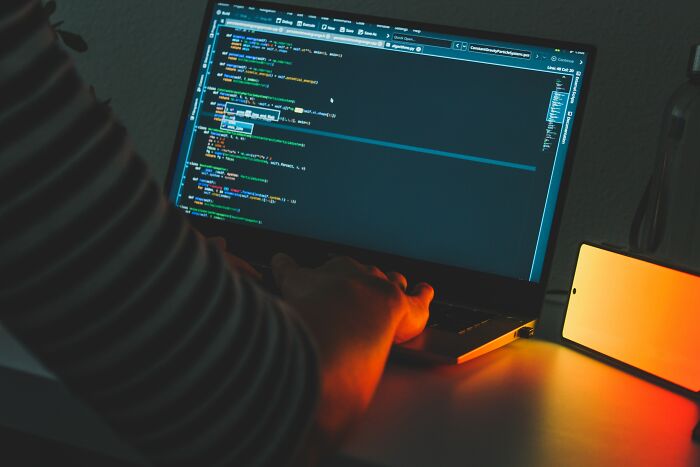 This IT guy is getting paid $90K for virtually nothing, and he owes it all to a simple script 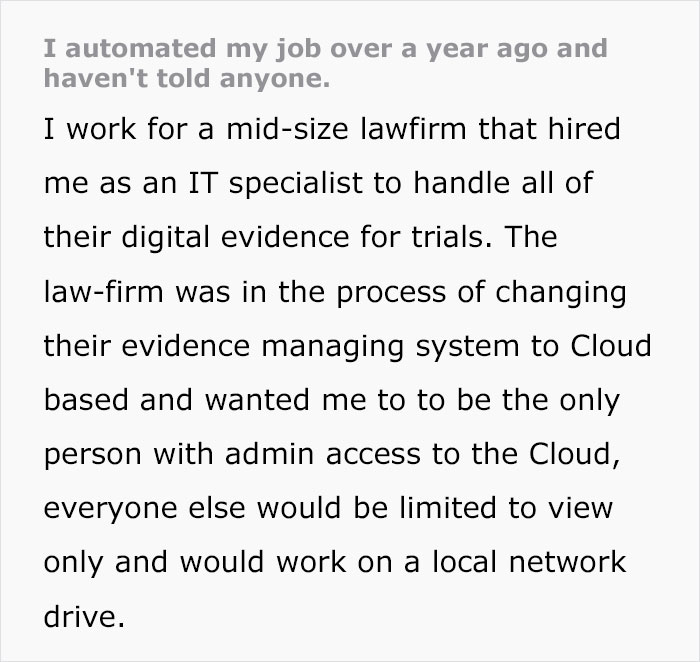 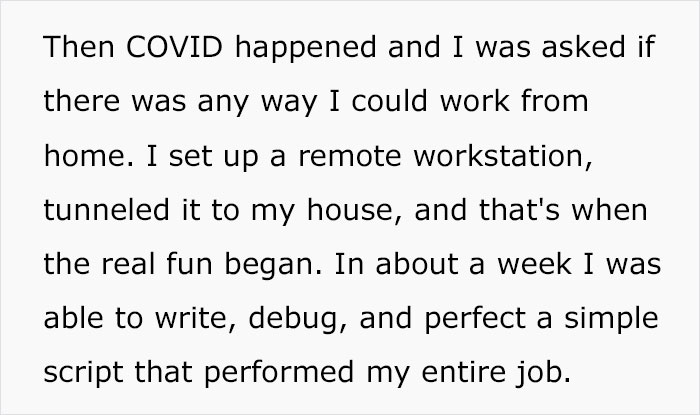 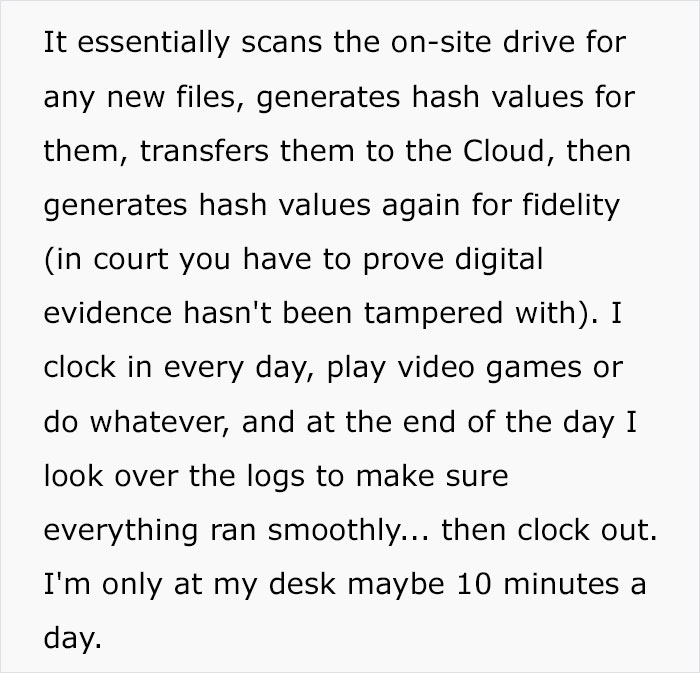 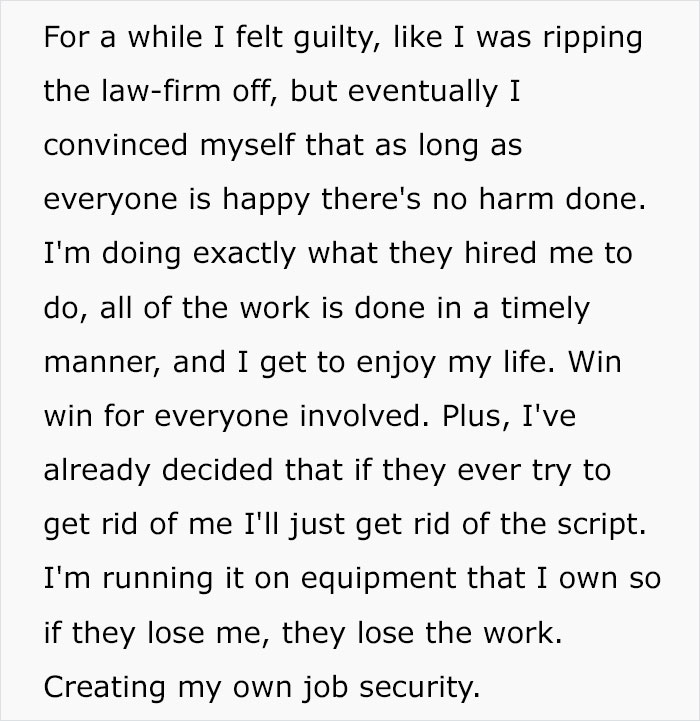 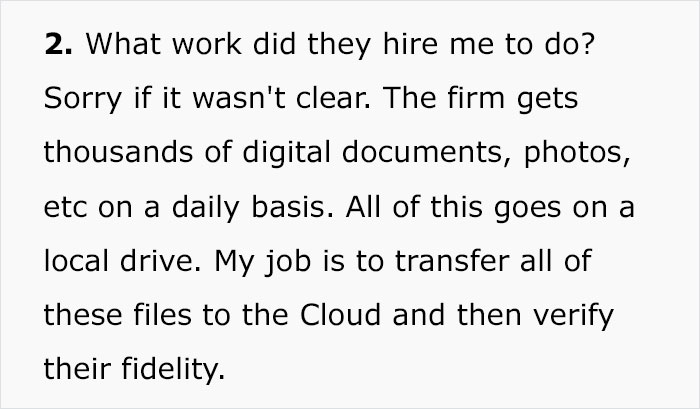 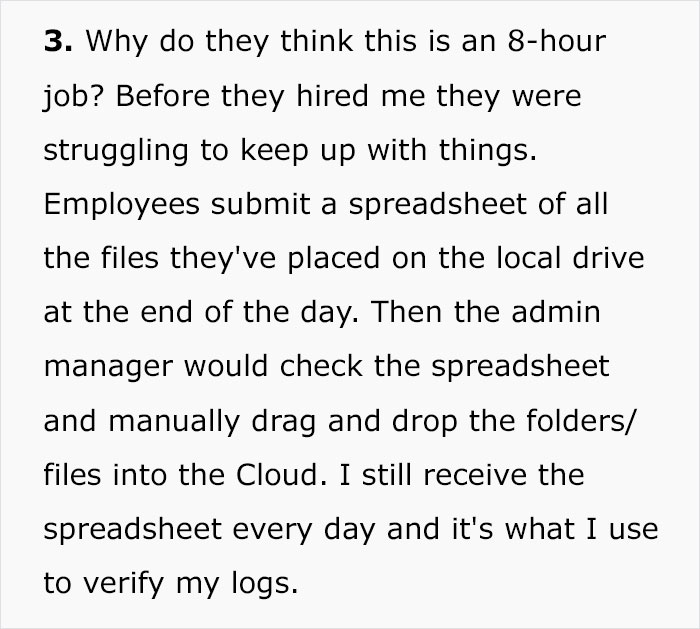 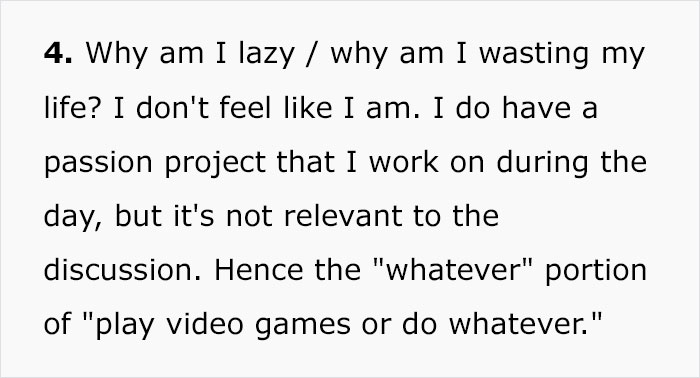 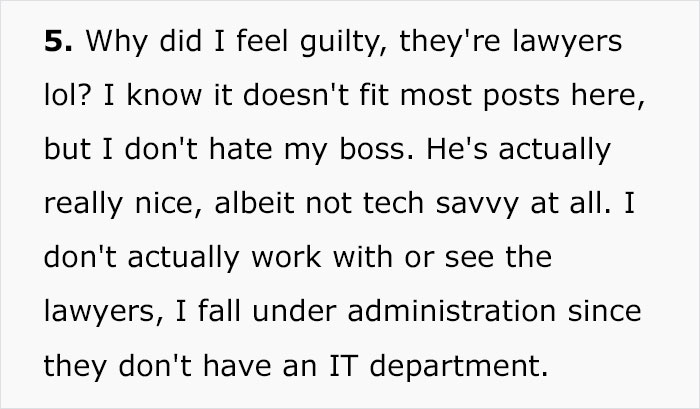 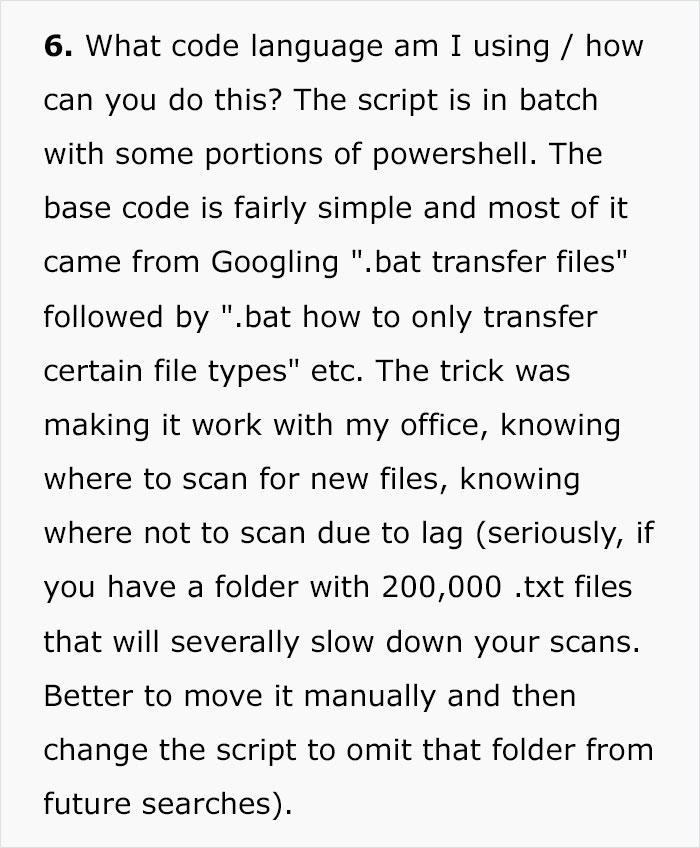 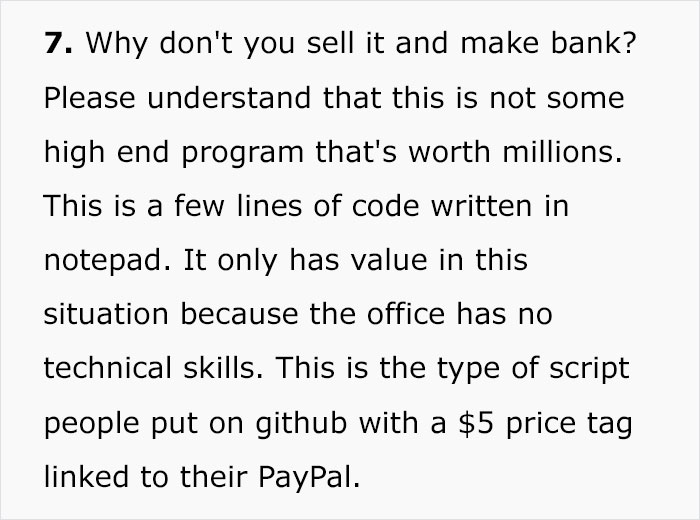 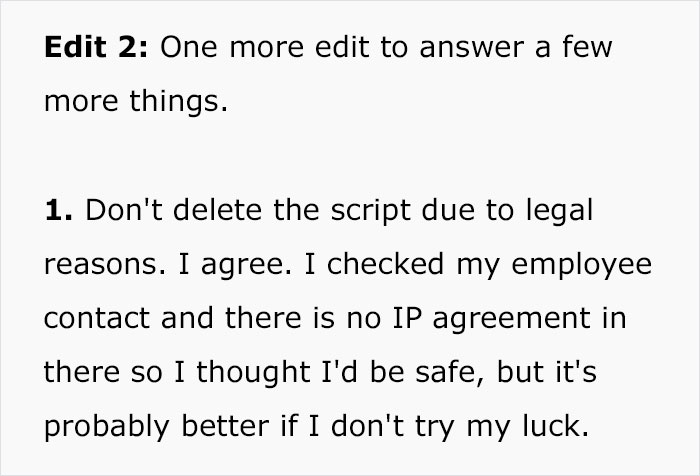 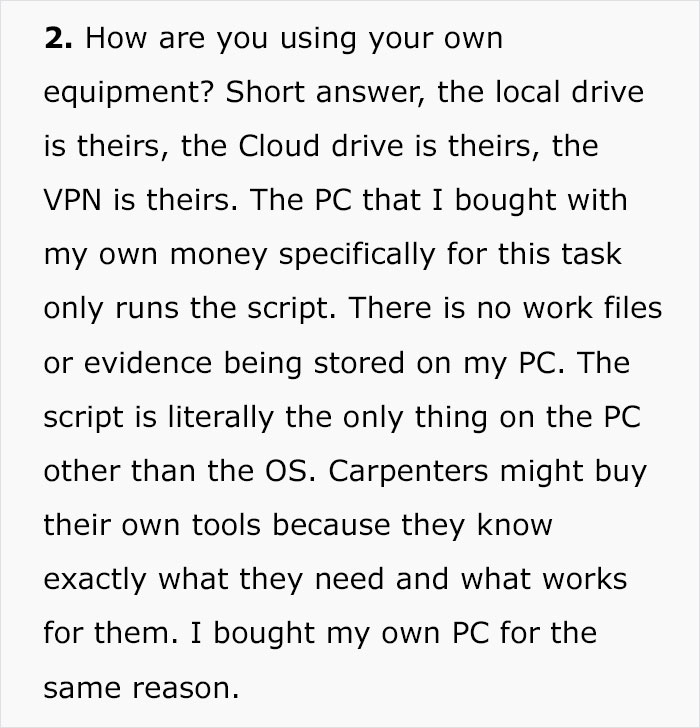 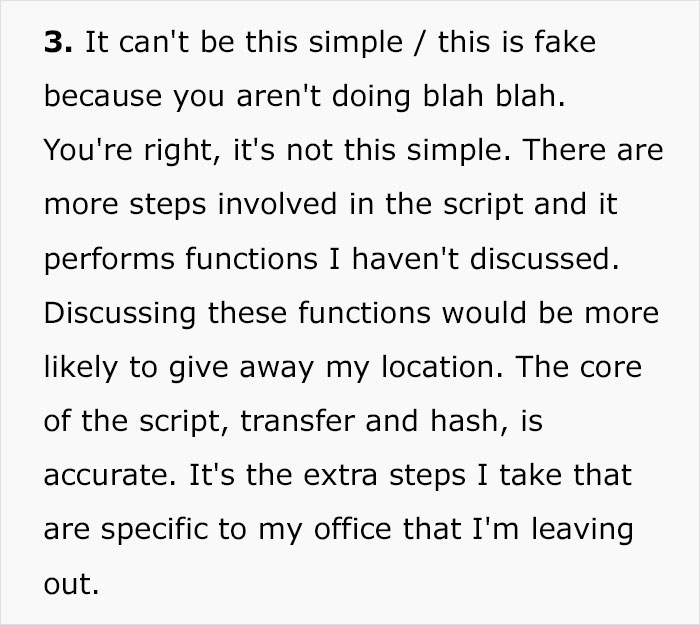 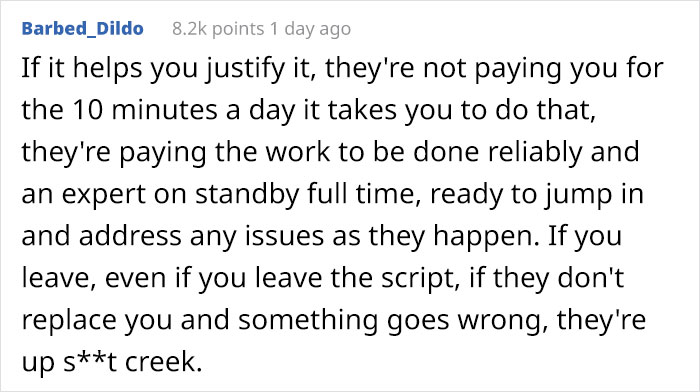 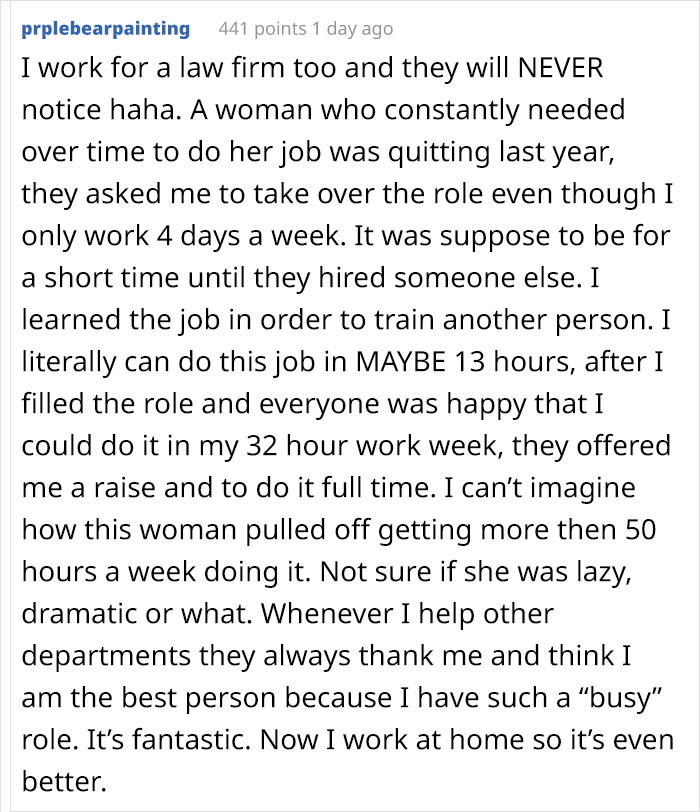 The post “I Automated My Job Over A Year Ago And Haven’t Told Anyone” first appeared on Bored Panda.