Not everyone will appreciate your help and kindness—some people might actually even get mad at you for it. Here’s a question for you, Pandas: would you feed a hungry baby? Odds are that you’d say ‘yes.’ However, would you breastfeed a baby you’re babysitting without asking the mother’s permission? While many of you’d still say ‘yes,’ some of you might feel uncomfortable about the entire situation. And that’s exactly what we’re talking about today.

Redditor u/ThrowawayLini202 turned to the AITA online community for their opinion about whether or not she was in the wrong to breastfeed her niece while she was babysitting her. She’d run out of formula and didn’t want to see the 4-month-old baby crying due to hunger. However, when the child’s mother came back to pick her up, she was disgusted, agitated, and berated the woman for nursing her.

Scroll down for the full story and to see how the internet reacted when they read it. What are your thoughts on this, Pandas? Do you think the author of the post did the right thing or did she cross some boundaries by breastfeeding a child that wasn’t hers? What would you have done in this situation? Be sure to share your thoughts in the comments.

One woman found herself in a dilemma while babysitting her 4-month-old niece: either breastfeed her or let her go hungry 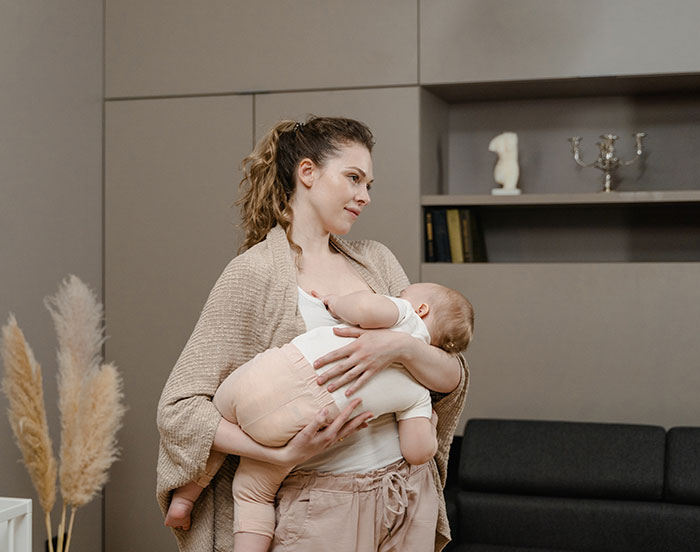 She decided to nurse the baby, but she had no idea that her sister-in-law would react the way she did 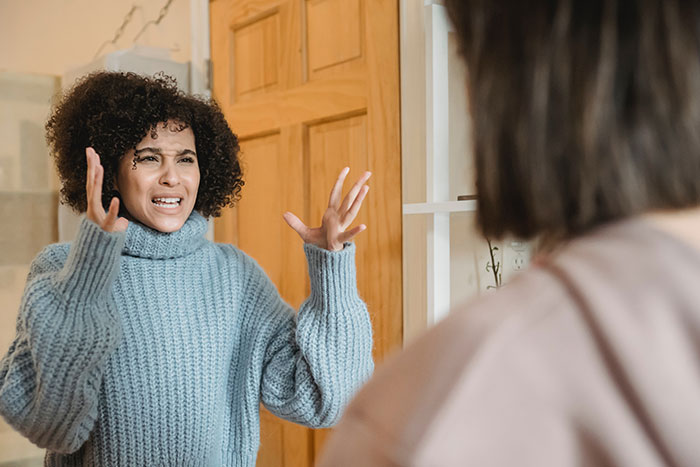 Both the OP and her sister-in-law gave birth to their babies around the same time. The relationship between them was absolutely solid until the breastfeeding ‘incident.’ The author of the post explained that, in their household, they don’t really rely on formula all that much: she breastfeeds her child most of the time.

“I really did not have any other alternative except nurse my niece which I did a few times because they were gone for quite long,” the aunt wrote in her post on the AITA subreddit.

“How am I going to leave them alone and then run to the supermarket to buy formula? I don’t have two-seater baby prams either so I can’t bring them along to the supermarket. If SIL had a preference, she should have brought some formula in the baby essentials pack she passed to me. There were only diapers, rash cream, and a pacifier in the bag she gave me, no formula powder,” the woman explained that she wasn’t sure what her sister-in-law had expected her to do.

Since that fateful day, the baby’s mom had been ignoring the aunt’s calls. This got her thinking if she actually did something wrong, so she turned to the AITA crowd to hear their verdict. Most Reddit users thought that the aunt absolutely did the right thing and blamed the mom for not packing the formula.

However, some redditors believed that the OP violated a lot of boundaries by breastfeeding the baby without asking the mother in advance. Some folks pointed out that there was the possibility of passing on diseases via breastfeeding. At the same time, this got the internet users thinking about what the alternatives in this particular situation would have been.

Each and every family will decide what’s best for them and theirs after speaking to medical professionals. Everyone should weigh the pros and cons, the convenience and health benefits between breastfeeding and feeding the child formula, within their own unique context. And every parent should be the one to draw the boundaries of how others interact with their children.

However, generally speaking, breastfeeding is by far the better alternative to formula for babies. The American Academy of Pediatrics and the World Health Organization recommend breastfeeding babies because it defends against infections, prevents allergies, and protects against a number of chronic conditions.

Taking these health concerns into account, babies ought to be breastfed exclusively for the first 6 months, and it’s recommended to keep this up until at least 12 months of age.

Kids Health notes that breastfed babies have fewer infections and hospitalizations than kids that are given formula. During breastfeeding, a mother passes on her antibodies to her child, strengthening their immune system. Babies who were born prematurely benefit from breastfeeding the most. 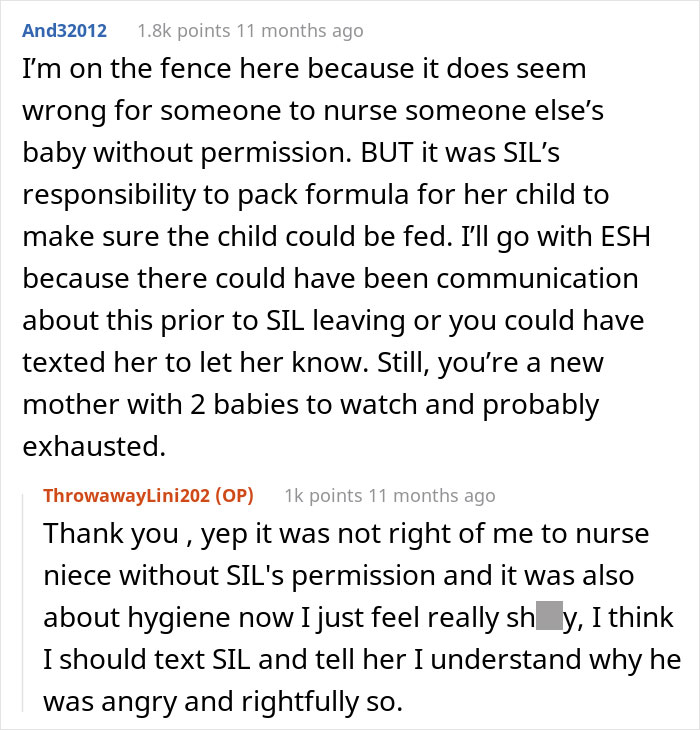 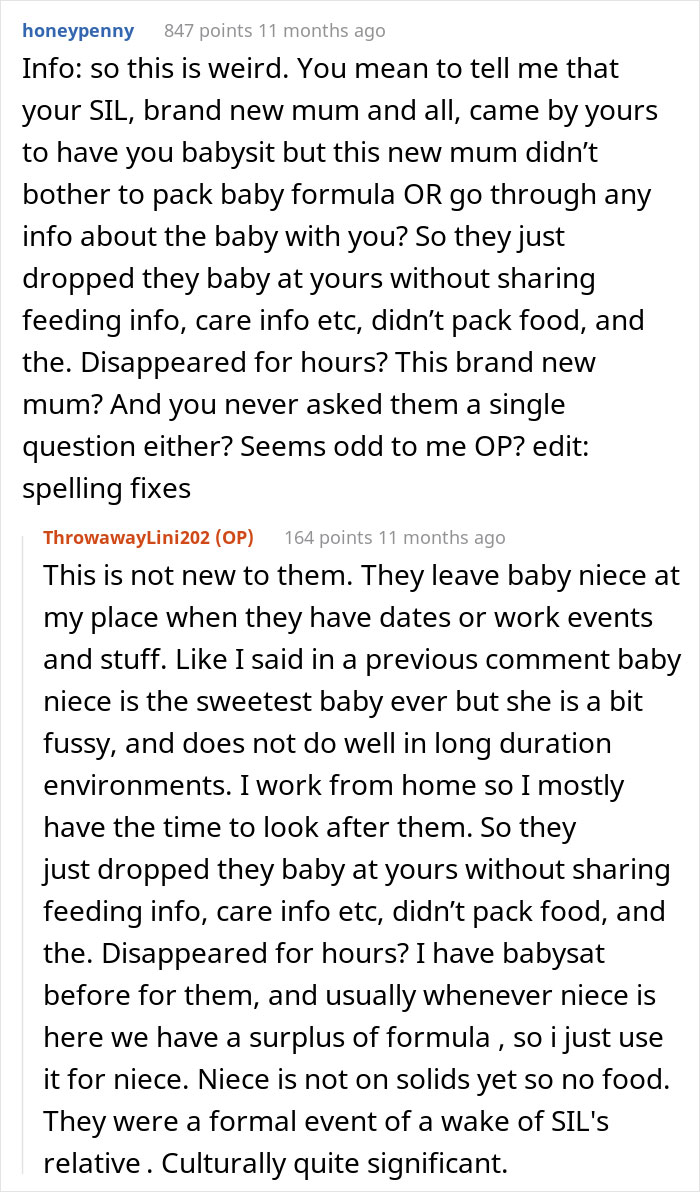 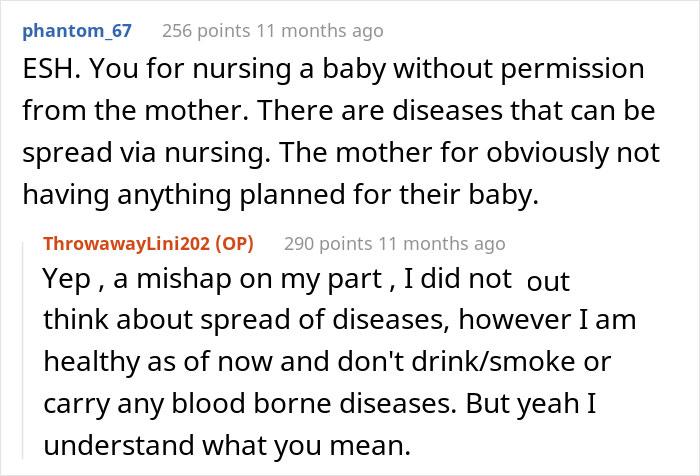 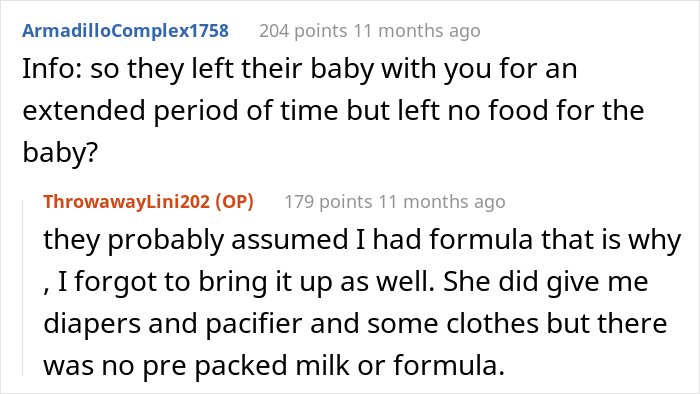 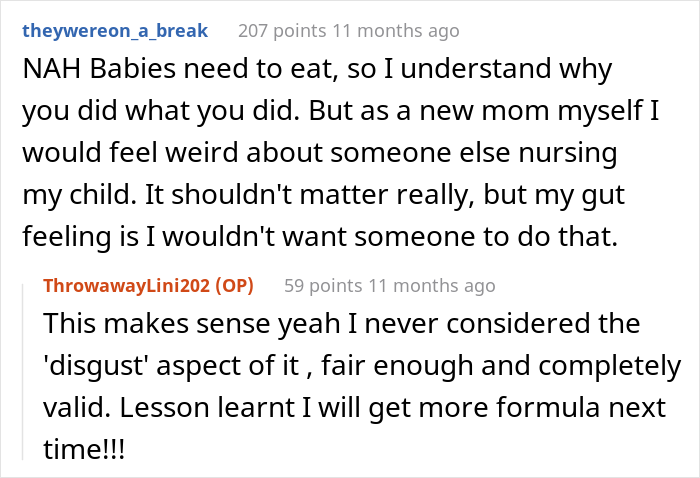 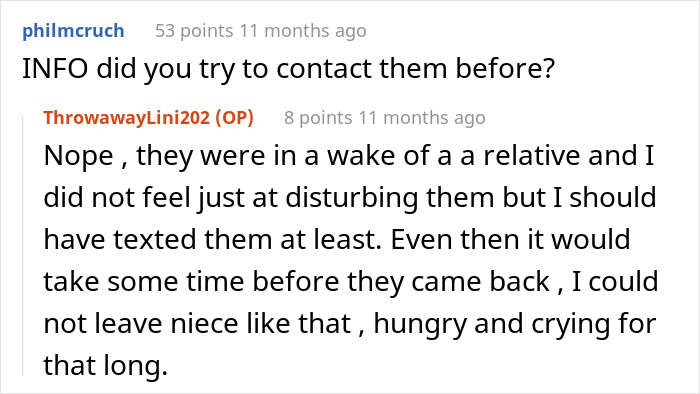 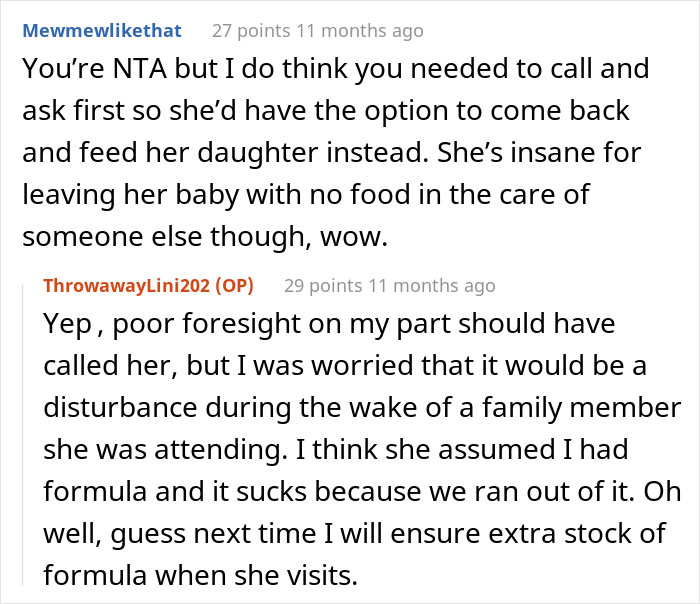 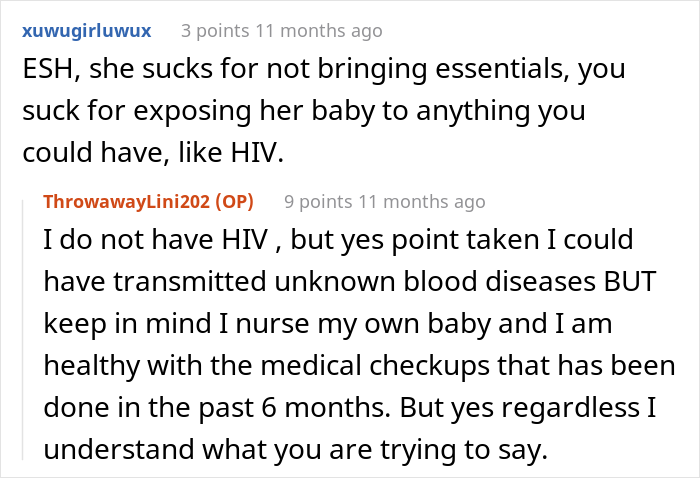 Meanwhile, here’s what some other internet users thought about the situation 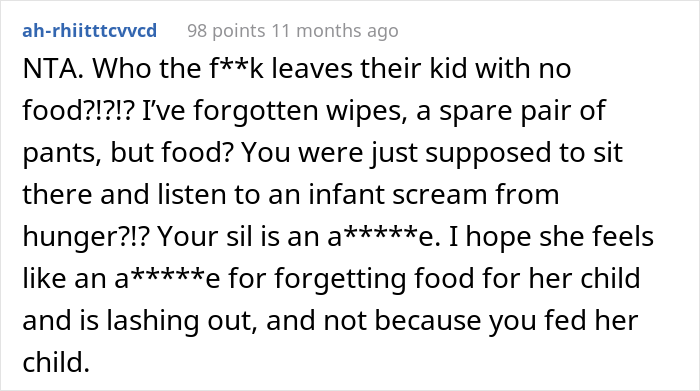 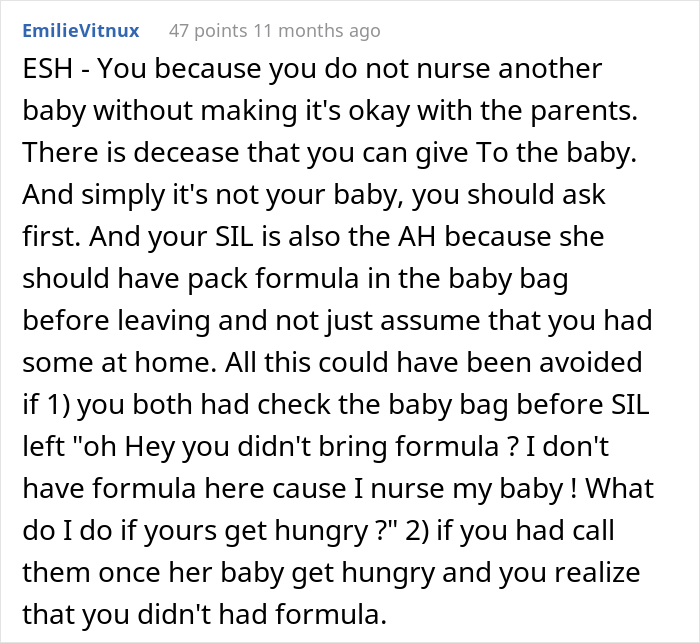 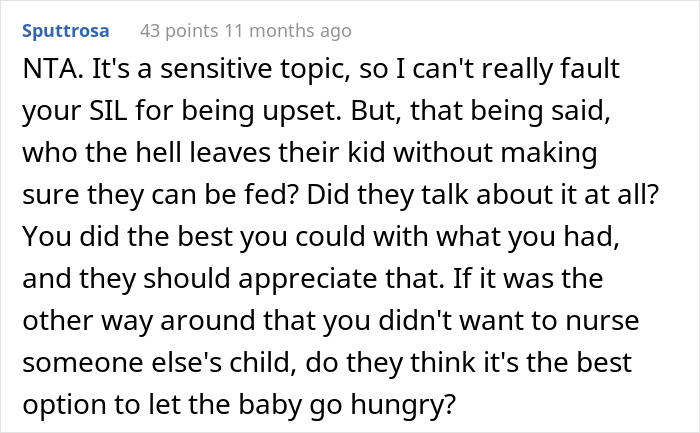 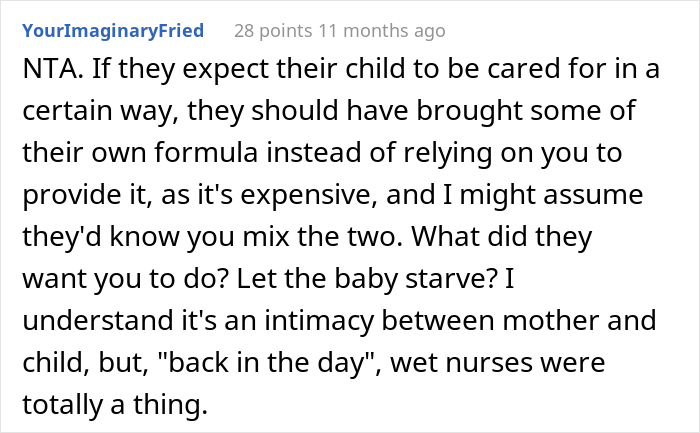 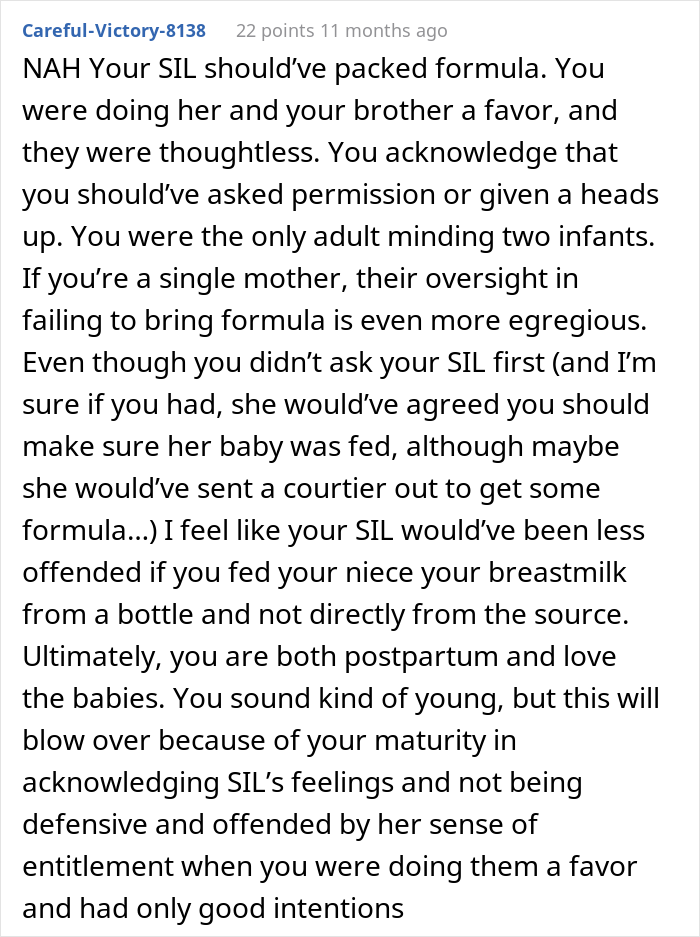 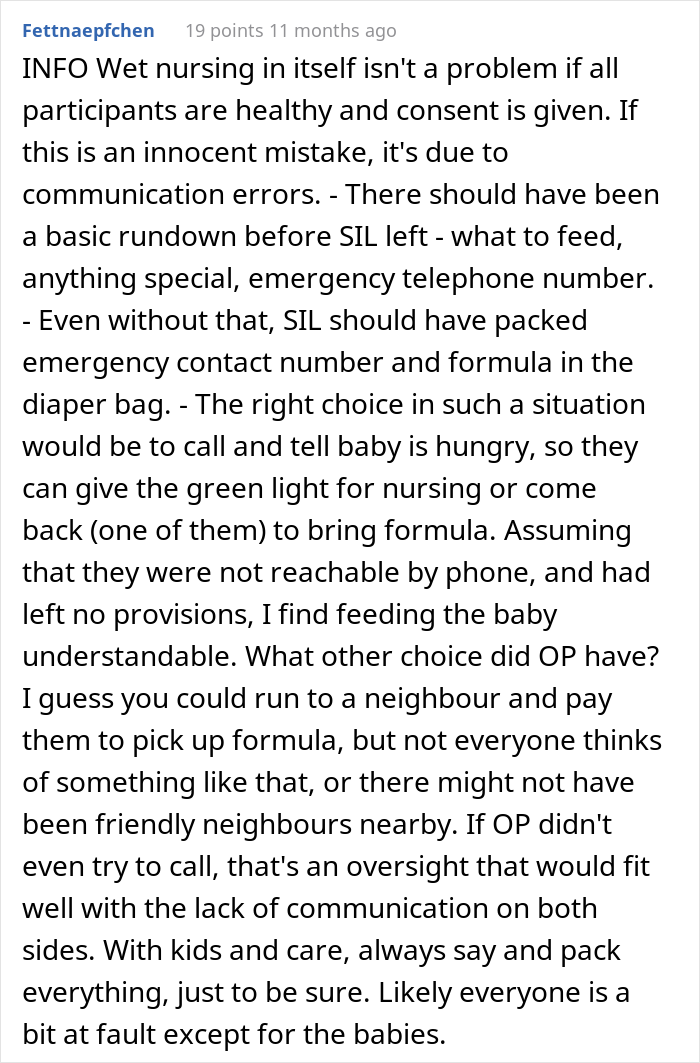 The post “I Don’t Know What She Expected Me To Do”: Disgusted Woman Berates SIL For Breastfeeding Her Baby first appeared on Bored Panda.