Every team needs a leader. But the truth is when it comes to the workplace environment, this is not always the case. Very often the opposite happens as employees have to deal with manipulative and controlling bosses who view their staff as pawns, simply a “pair of hands” to get work done.

This is what happened to Redditor Sixuldv8, who said that his boss was pretty good until the point he became too micromanaging. In fact, “Where I used to be able to do my job I can no longer do it without constant interruptions of micromanagement,” he wrote. And that includes everything from business calls to various different interruptions of the staff’s workflow.

At one point the author of the post on the r/PettyRevenge subreddit realized he’d had enough and, with a simple trick, made the boss taste his own medicine.

This employee had enough of his controlling boss that constantly interrupted his workflow, so he taught him a lesson 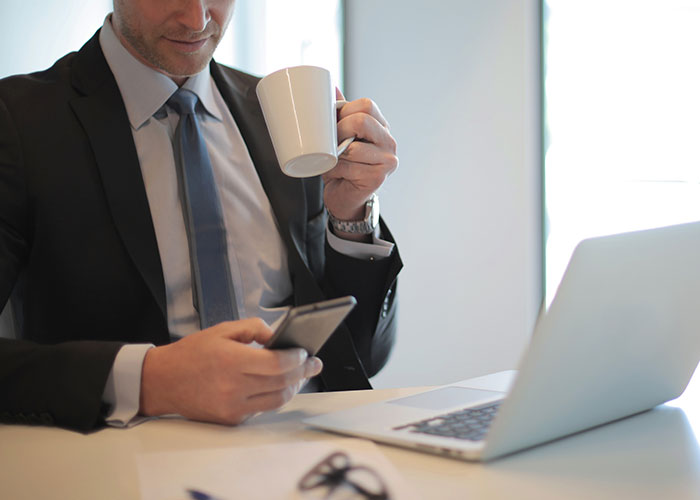 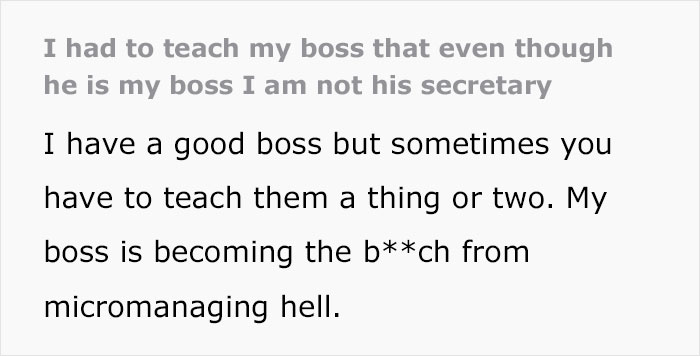 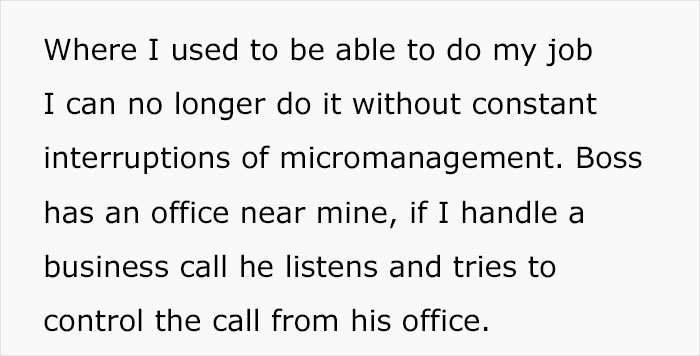 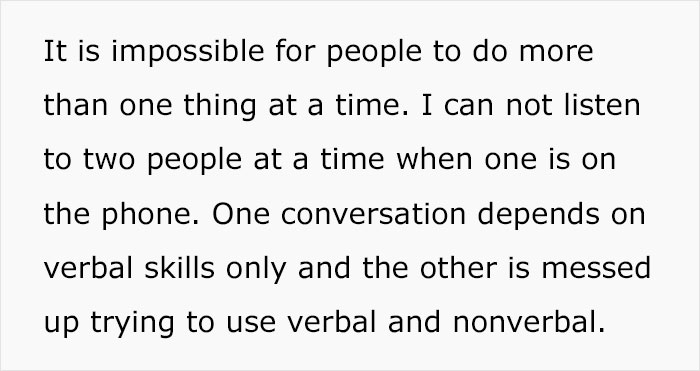 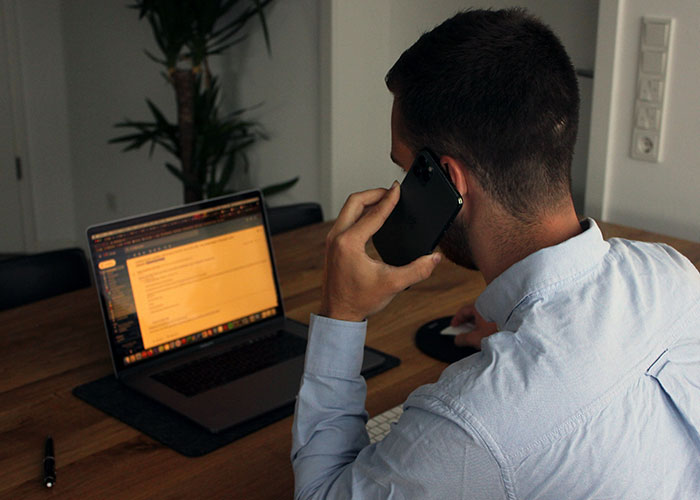 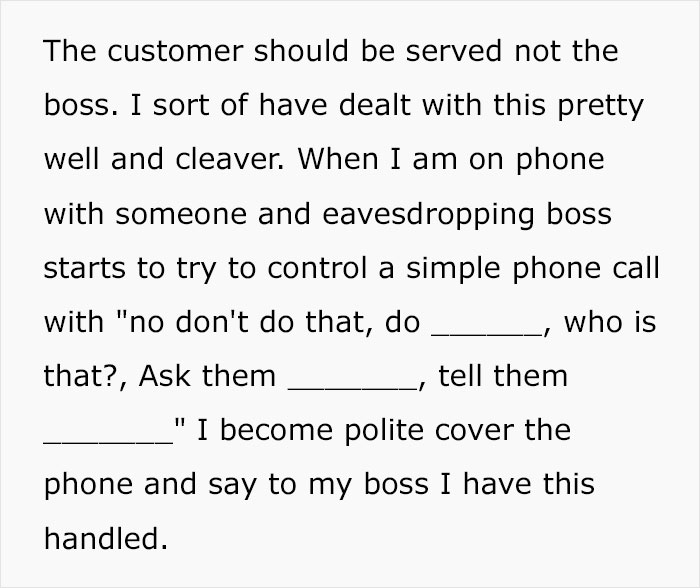 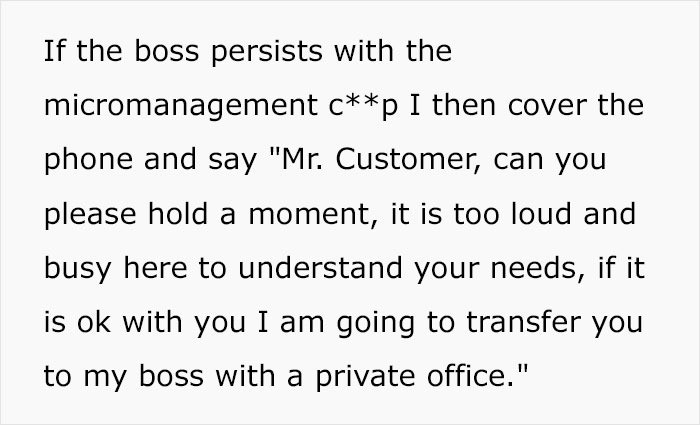 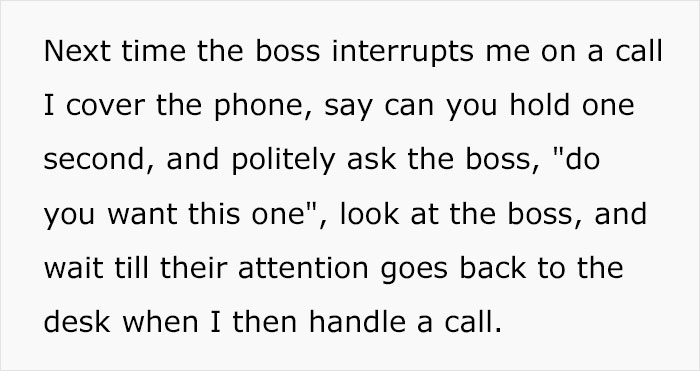 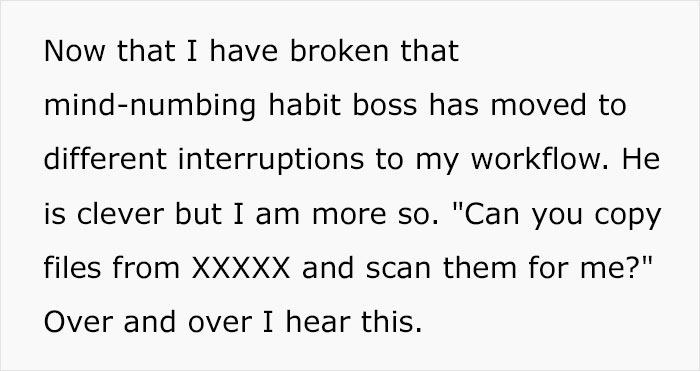 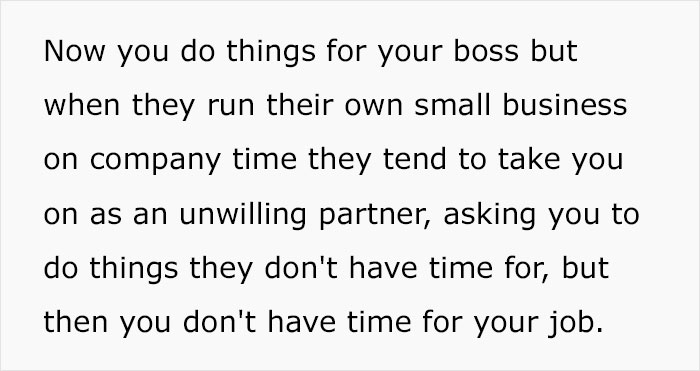 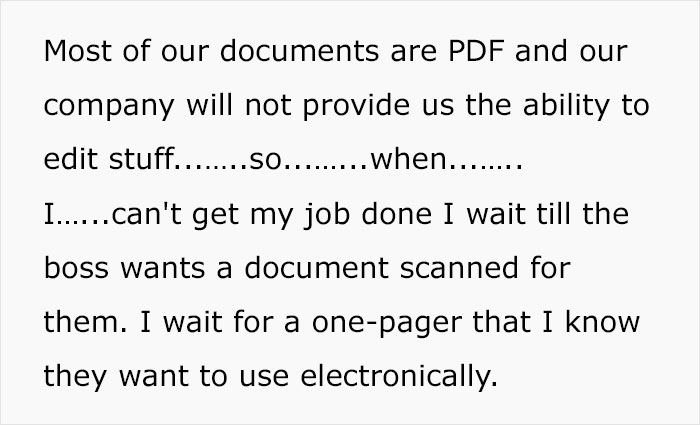 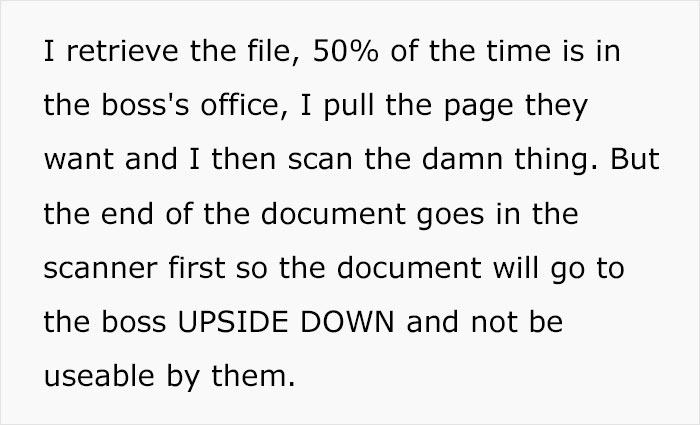 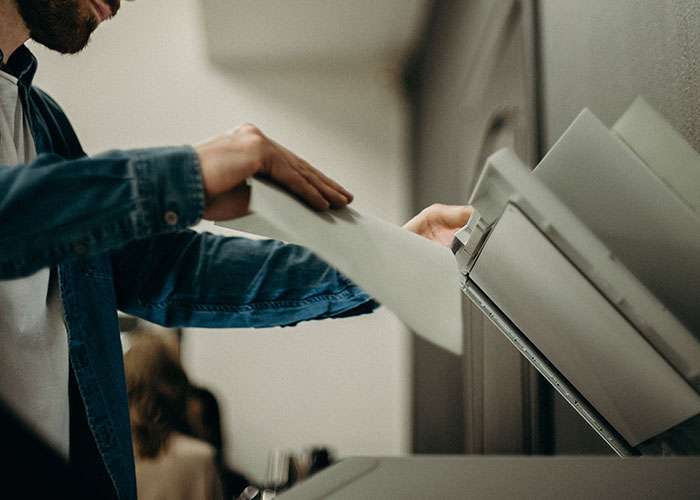 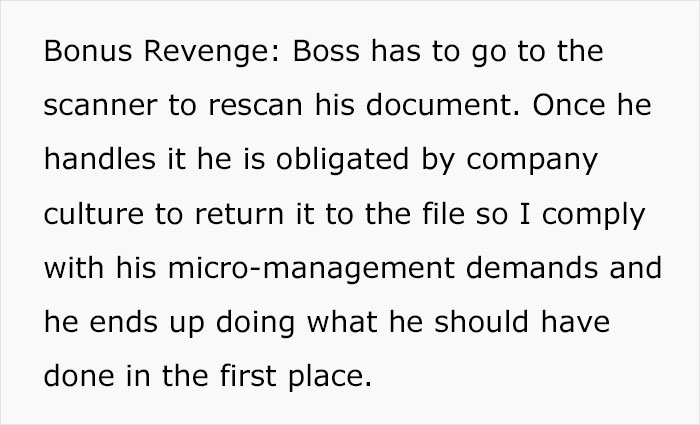 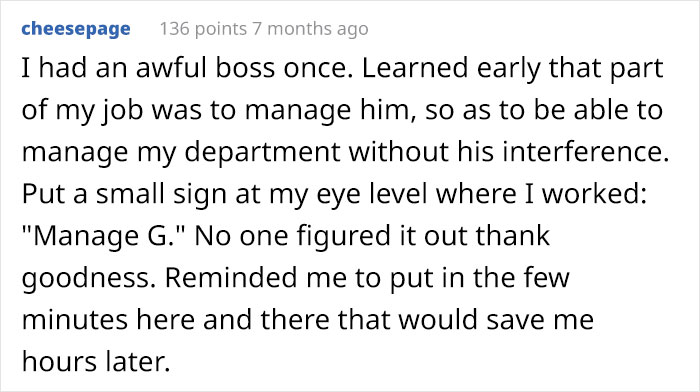 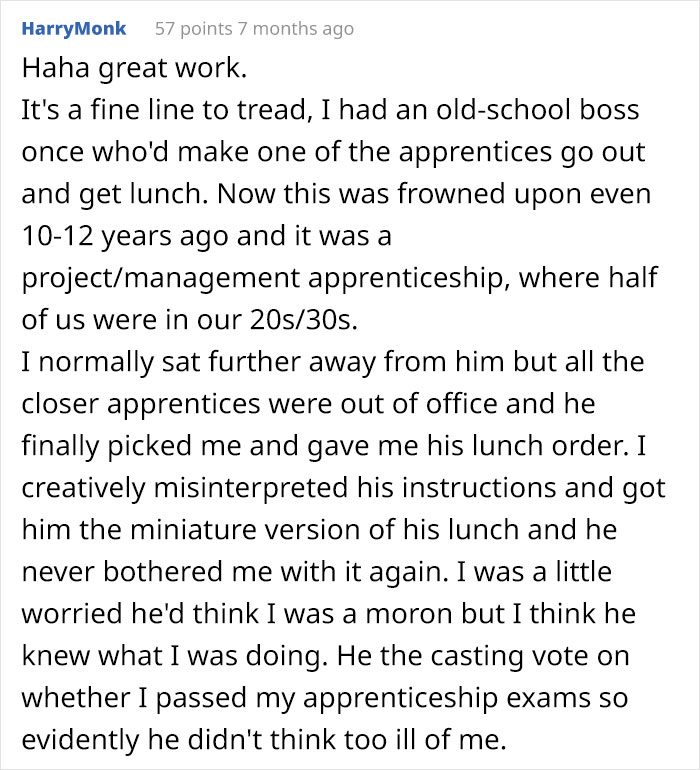 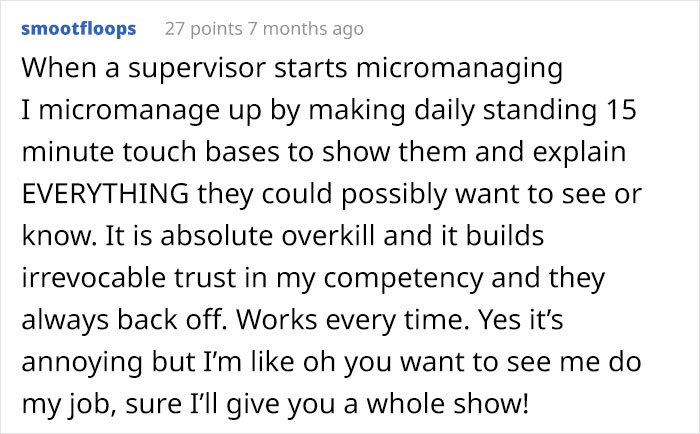 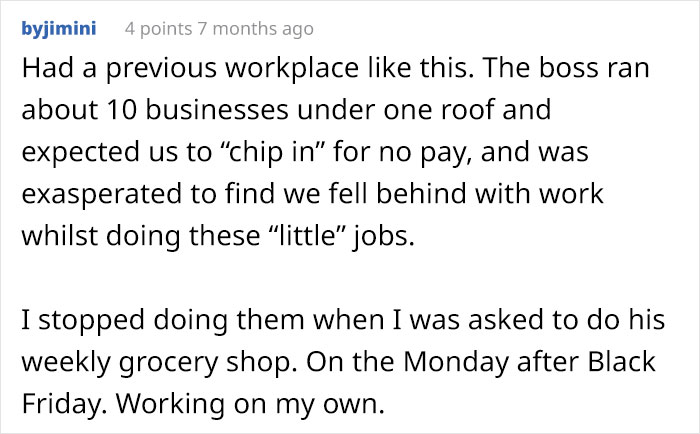 The post “I Give Him More To Manage When He Micromanages”: Controlling Boss Gets A Taste Of His Own Medicine After Employee Has Enough first appeared on Bored Panda.