The last time we looked at Reekon Tools was in “When MIT Engineers Design a Power Tool Accessory.” Now the ME mad men are back with another digital take on a long-analog object, in this case the tape measure. And while I’m instantly skeptical of things like this, I have to say their new T1 Tomahawk Digital Tape Measure looks freaking incredible:

The built-in pencil/Sharpie holder, the large digital readout, the math-free internal corner measuring feature, the ability to hold measurements, the ability to toggle between metric and standard all look like useful features. The laser looks like a boon for tired eyes. My big question is if the bulky thing can take a beating on a jobsite, or if it’s more like a laser device that you’ve got to be ginger with. My guess is the latter, though they do say it’s drop-rated to 1m and that the critical components are protected by both a glass-filled polymer and urethane ribs. 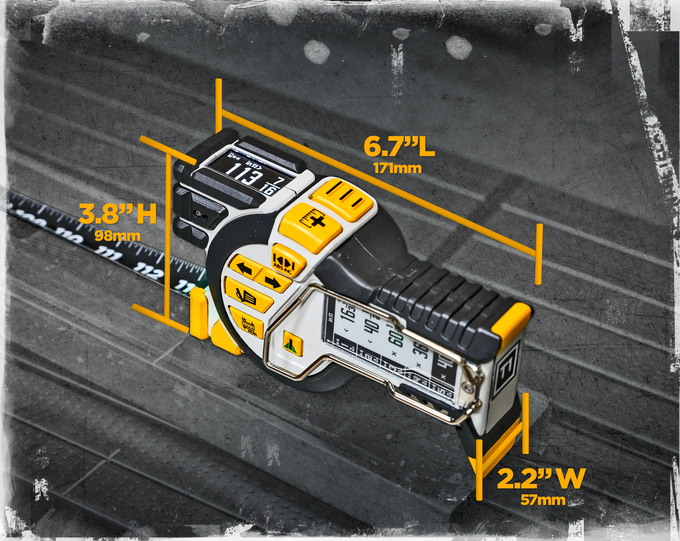 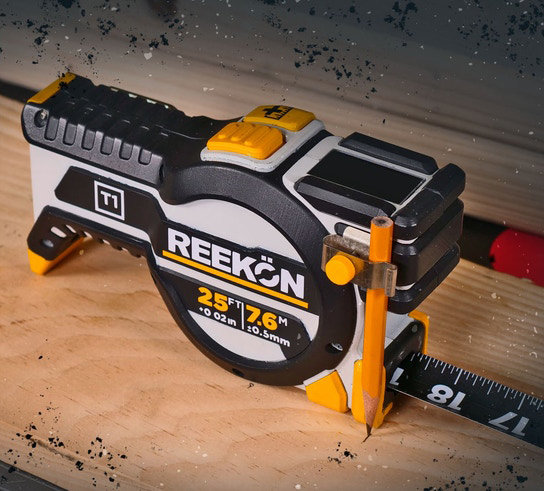