A job can be fun and rewarding, especially if you are working with a supportive team under good leadership in the form of a boss. Sadly, there are numerous stories online where people will go to complain about their bosses. Sometimes, for some reason, some bosses end up establishing a dictatorship in their workplaces, preventing their employees from feeling good about their job or improving productivity, which is obviously not what good leadership is all about. Bosses have to be kind and supportive of their employees, encouraging them to improve.

However, sometimes people don’t change their attitude towards others, so the best option in such cases could simply be trying to change workplaces, if possible. Today’s story is exactly about that – doing one’s best to escape a bad working environment in order to find a better one. Reddit user u/AnonEngineer2676 posted their story on the forum, which revolves around the aforementioned point. Their post collected 58.3k upvotes and prompted 2.5k comments. It has to be mentioned, though, that some commentators believe the story to be a fake, but the concept of it is uplifting and motivating regardless of said suspicions.

Sometimes the best way to deal with a horrible boss is to just quit in favor of another job, which is what this person decided to do 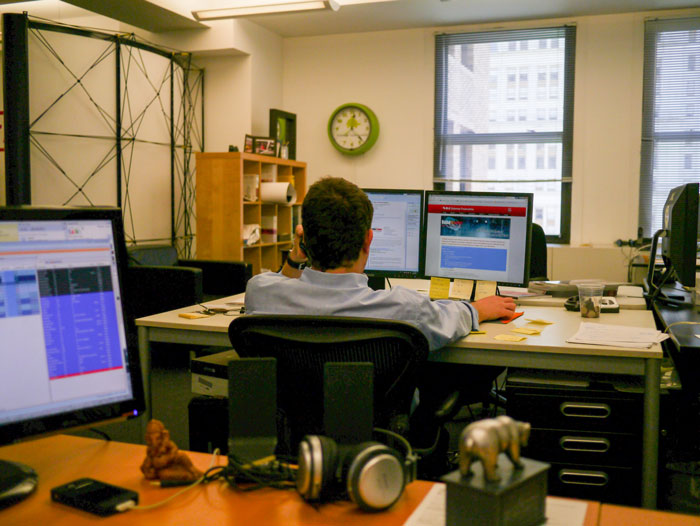 As mentioned before, a boss shouldn’t be a monster of a person who just treats people poorly and expects great performance from their employees. There’s a little bit more to leadership than that, to say the least. Sadly, reasoning with bosses as such is sometimes impossible and can cause more trouble than it’s worth, which is why some simply decide to quit in favor of a better work environment and that’s what OP decided to do. 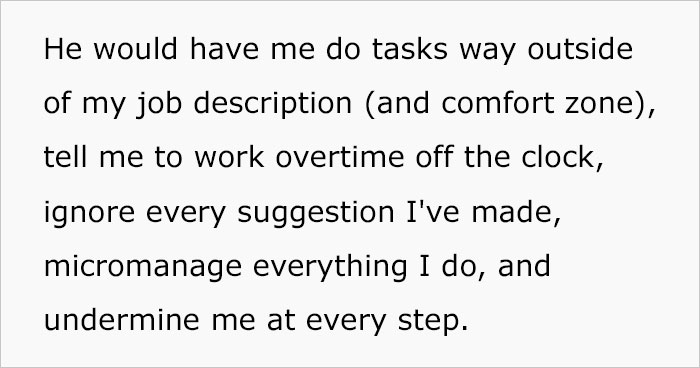 If an employee is overworked, constantly stressed and gets anxiety attacks over a phone call, it’s probably safe to say that the boss isn’t exactly doing a great job. Employee mental health is very important, to say the least, both in terms of their personal wellbeing and the performance of a company as a whole. Which is why bosses should strive to create a safe, and encouraging working environment.

Due to all the disrespect and toxicity in the working environment, OP decides to do their best to find a new job, and does so with great success 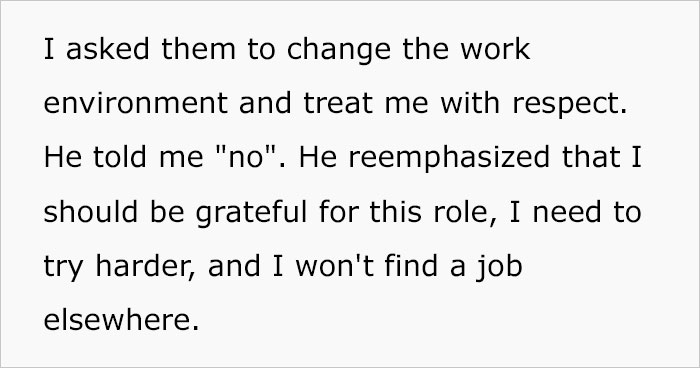 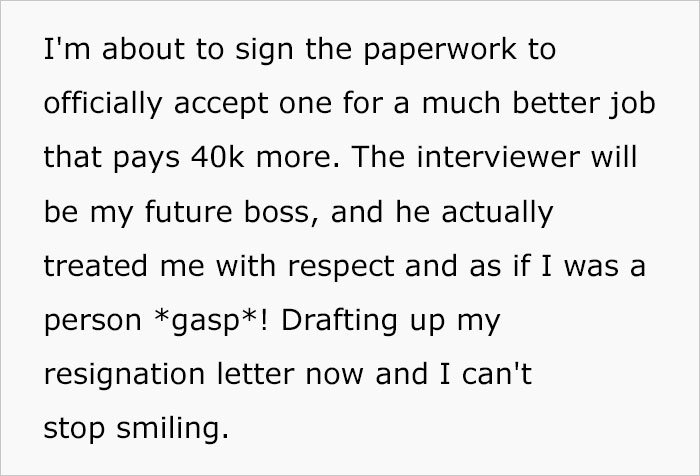 There are probably few feelings in the world that match beating injustice in your life and making things better for yourself, which OP seems to have experienced. Not only did they prove their toxic boss wrong, but came out of it all with an even better salary. And their new boss seems like someone who does indeed strive for a good working environment, which is always a big plus.

Some commentators were highly supportive of OP, praising them 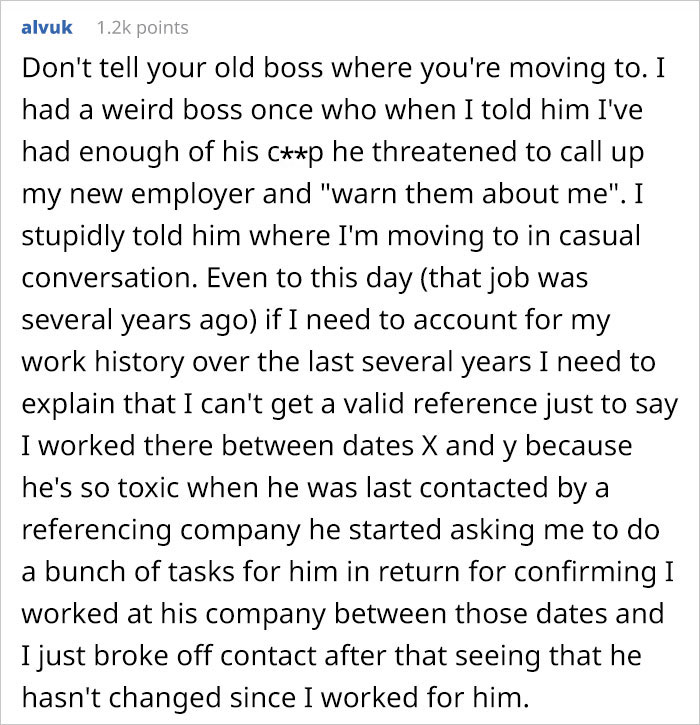 Some even decided to share their own similar experiences 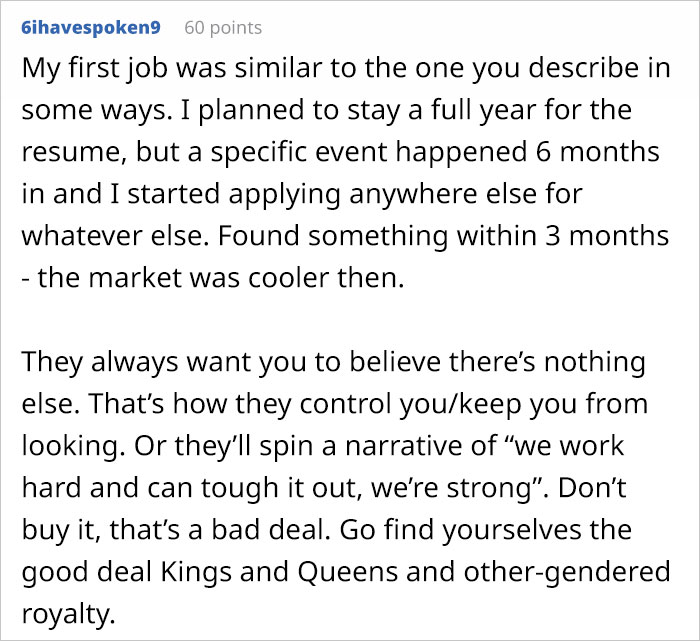 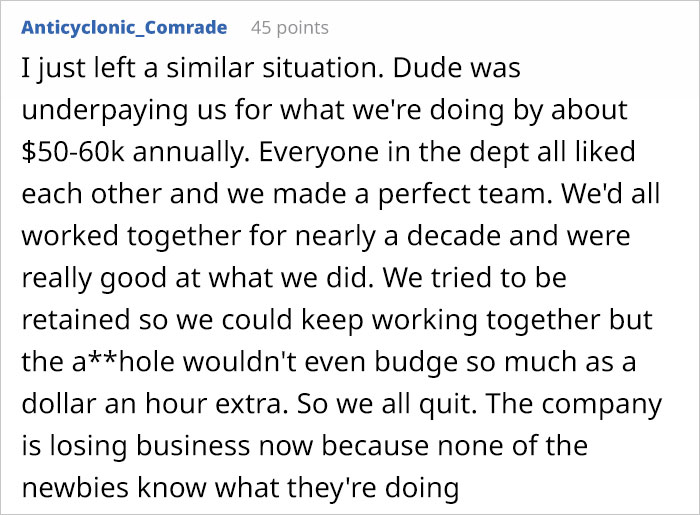 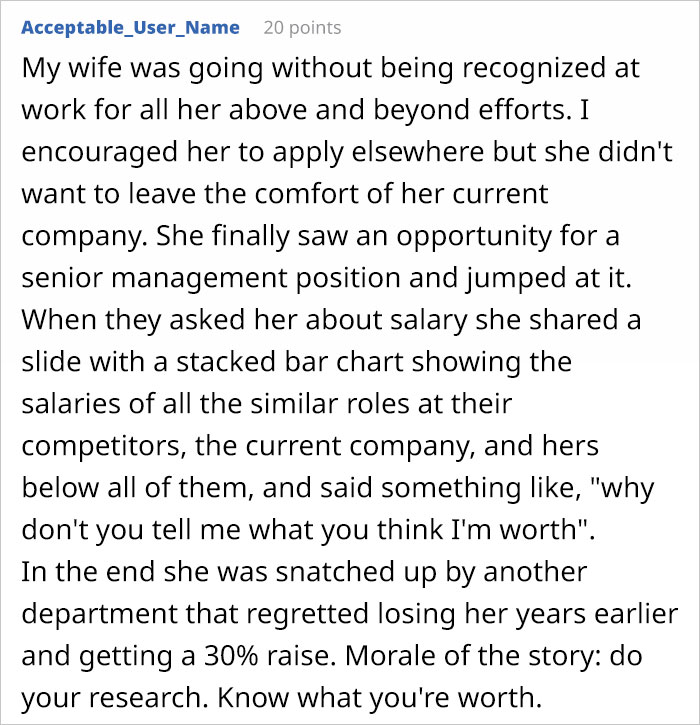 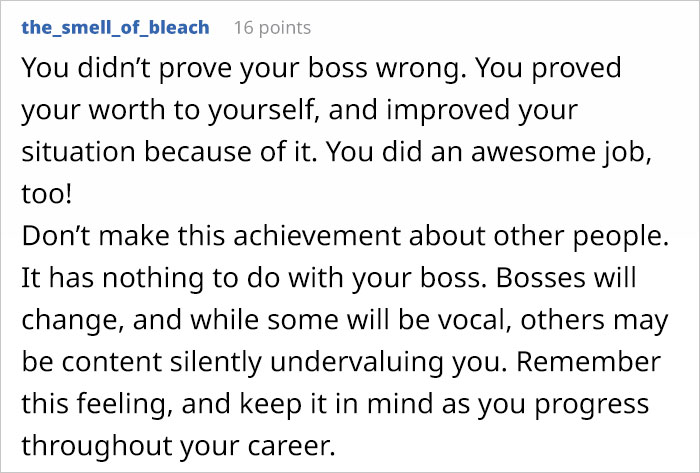 The moral of the story here is that a boss shouldn’t keep you on a toxic leash, and if they do, try your best to find a way out of it. After all, you owe nothing to an environment that seeks to exploit you so, if possible, always strive for something better.