Many ponder whether the material value of an engagement ring truly matters.

Some believe the “your ring isn’t what matters – it’s what it symbolizes” notion, while others lean toward the mythical requirement that folks must spend at least two to three months of their income.

However, in reality, it all varies.

Splurging on your forever partner’s engagement ring should be an individual thing that depends on a couple of factors: your earnings, pre-existing financial responsibilities like debts, the time you’re willing to spend on saving up, and perhaps whether or not you or your partner have a particular ring in mind that you’re determined to get.

That said, there’s no one-size-fits-all answer. At the end of the day, it all comes down to the nature of your relationship – but that doesn’t change the fact that catching your financially stable partner cheaping out on you is the last thing anyone would want to deal with.

The whole “Does the cost of the engagement ring matter?” question has been hotly debated for what seems like forever 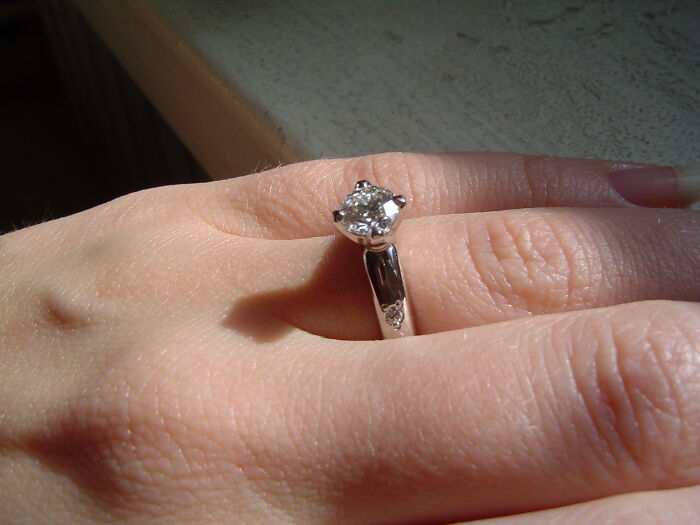 “Engagement ring expectations” – a woman who was recently proposed to took to one of the UK’s most popular websites for parents to debate her feelings and seek advice after her now-fiancé, who’s allegedly pretty financially stable, popped the question with a cheap and ill-fitting ring. The post managed to garner 217 replies that mostly sided with her disappointment. 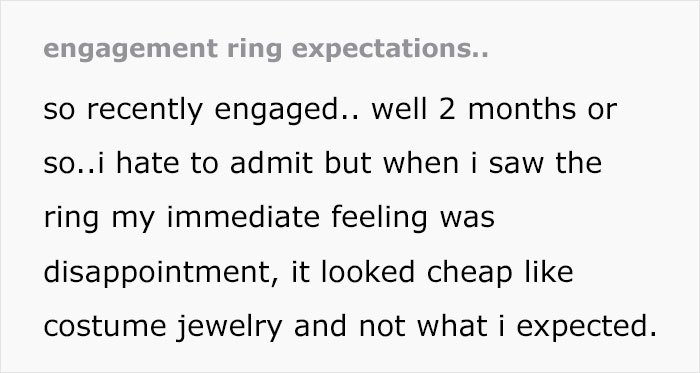 The woman began her post by revealing that she got engaged approximately two months ago. She then went on to say that although she hates to admit it, when she first saw the ring, she couldn’t help but feel disappointed. It looked very inexpensive, costume jewelry-like, and didn’t resemble what she had anticipated at all.

Although the soon-to-be wife despises to admit it, she was disappointed when she first saw the ring 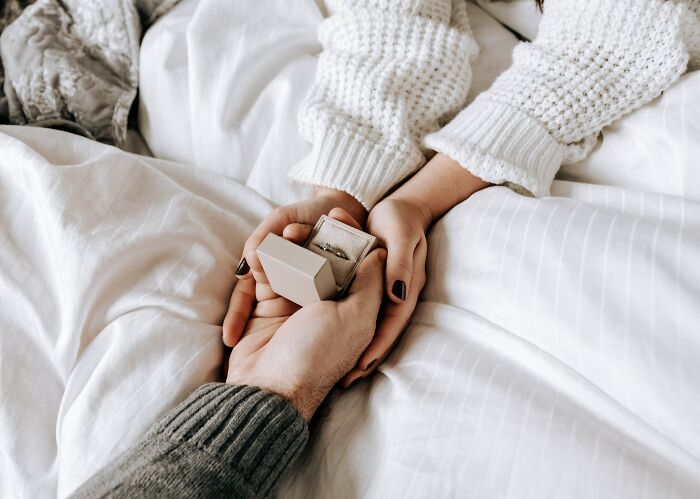 It looked like costume jewelry, and when she looked up the hallmark, it turned out to be sterling silver with a cubic zirconia stone(s)

She then added that she’s not a big jewelry wearer and that her expectations were, in fact, fairly low. Moreover, when she tried the ring on it was too big, and although her now-fiancé promised to have it adjusted for her, nothing about the ring or its fixing has been brought up since that initial chat.

But here’s the thing, the woman stated that she knows that her now-fiancé can afford so much more, as he’s “extravagant” in his own spending 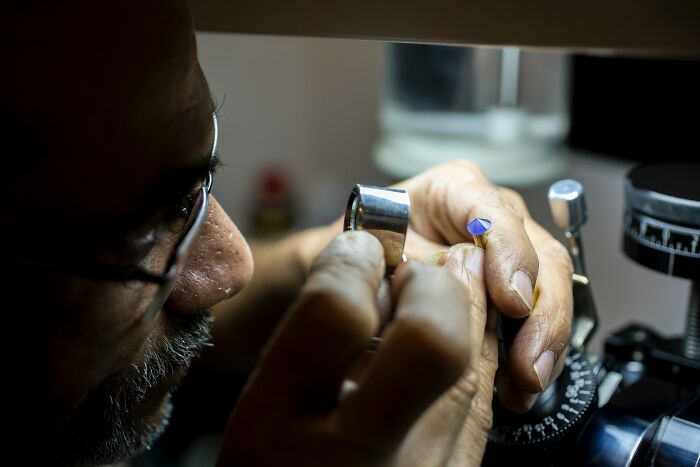 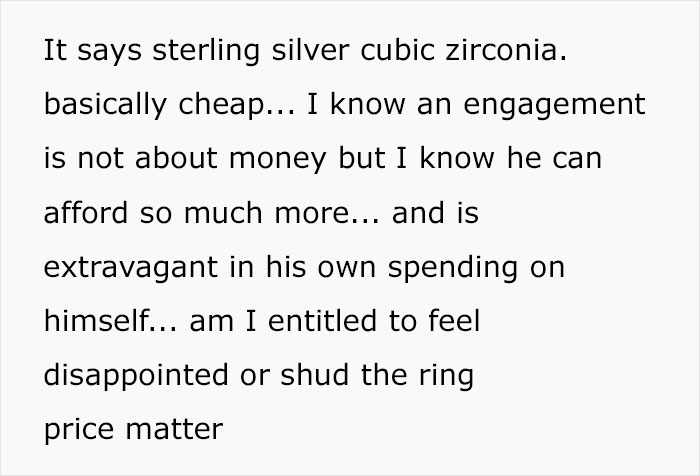 Additionally, the woman said that, out of pure curiosity, she had looked up the ring’s hallmark. She found that the stone(s) was cubic zirconia, which is essentially a cheap man-made diamond substitute, and the base was sterling silver. To give fellow non-jewelry wearers a more illustrative example, according to IGS, an International Gem Society which is the largest online gemology resource and community whose mission is to make gemology accessible and affordable, a cut and polished one-carat cubic zirconia stone will cost about 20 bucks, whereas the price for a one-carat diamond usually starts at around $1,800.

Finally, the soon-to-be wife (or not) stated that she knows that an engagement is not about money; however, she’s well aware of her partner and she knows that he can afford so much more – plus, he’s pretty “extravagant” in his own spending on himself.

So, the question stands. Does the woman’s concern scream “entitled” or should the ring price matter? What do you think? 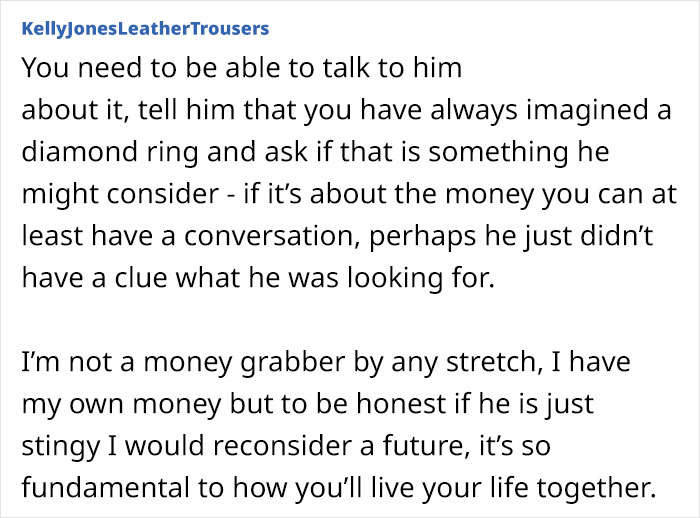 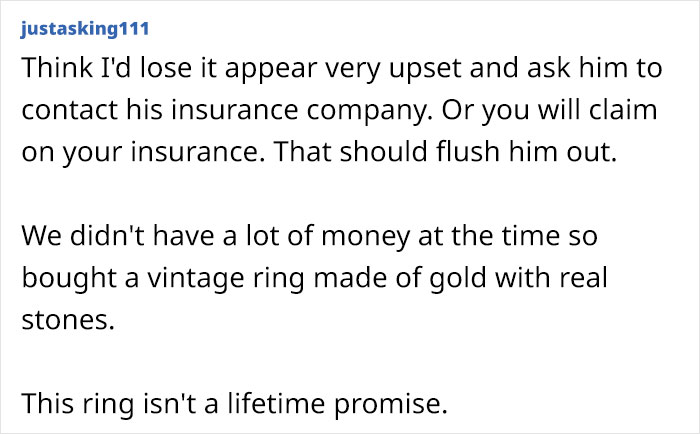 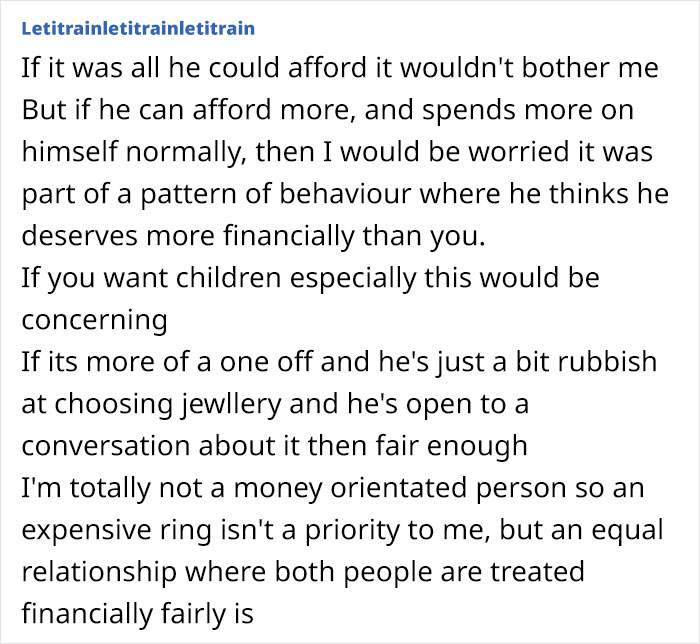 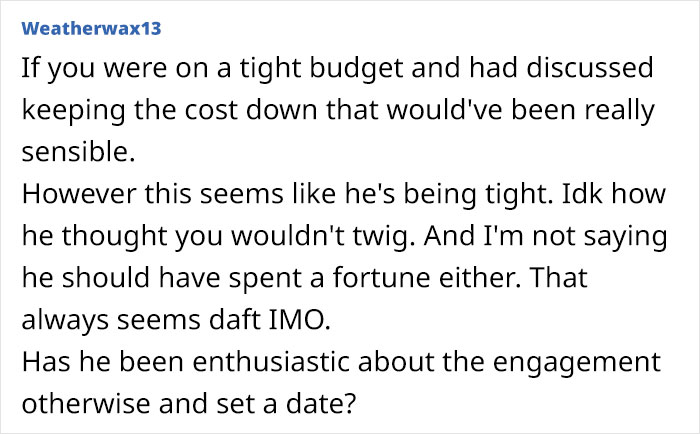 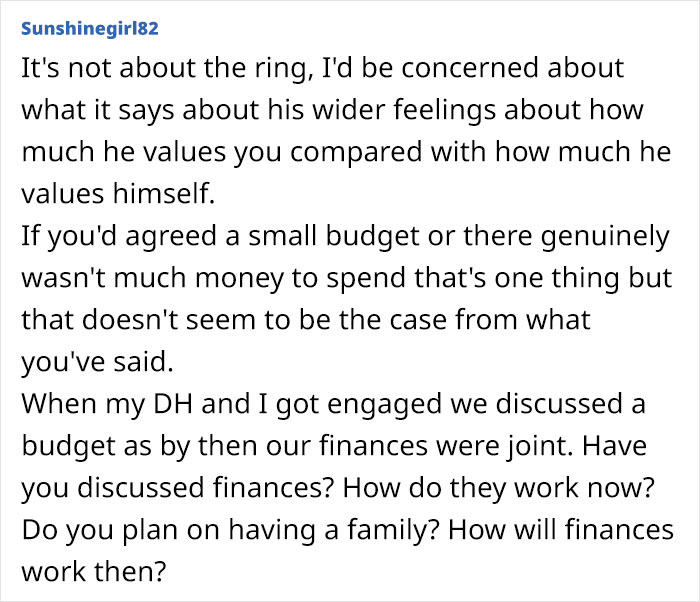 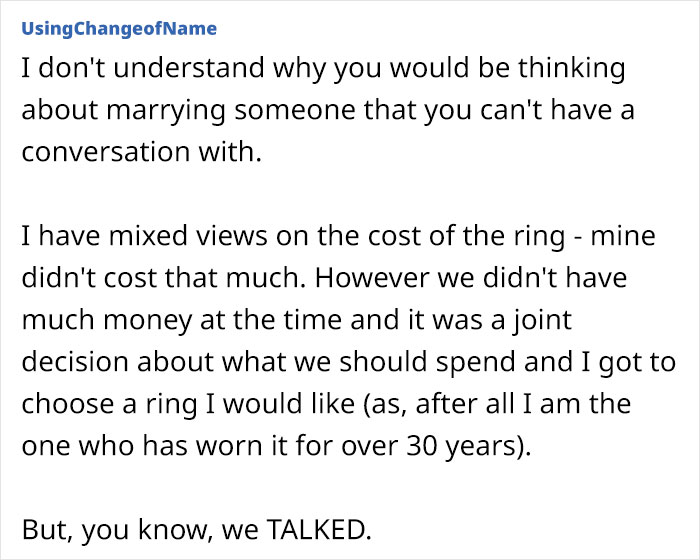 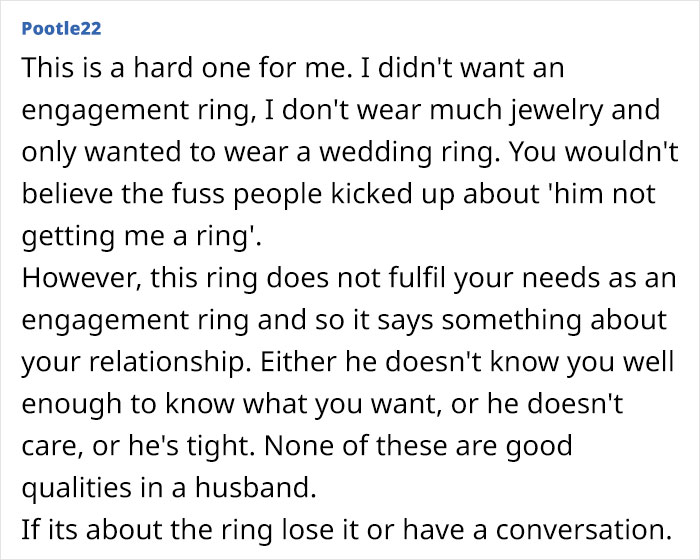 The post “I Know He Can Afford So Much More”: Woman Checks Her Engagement Ring’s Hallmark And Finds Out That It’s “Cheap” first appeared on Bored Panda.