The last thing you want to see on your first day of work are all the red flags floating around as your manager shows you around. Now, red might be your favorite color, but that is not a good reason to ignore the following: no breaks, increased responsibilities for the same pay, and no breaks. Yes, you’re not seeing double.

This is the kind of situation this TikTok creator, known as croissantwoman, had to deal with before deciding that one day of torture for minimal pay was enough. The video quickly went viral, now sitting with 1.8M views and hundreds of people thinking to themselves—how is this stuff still happening in 2023?

That is one question we most likely won’t get to the bottom of today, dear readers; however, we can delve deeper into the details of what has happened. So let’s go ahead and do that, but first, let me encourage you all to leave your opinions and similar experiences in the comments below, and if you’re craving more, check out this Bored Panda article right here.

From increased responsibility to no breaks allowed during work hours, this TikTok creator decided it was too much to deal with for minimum wage 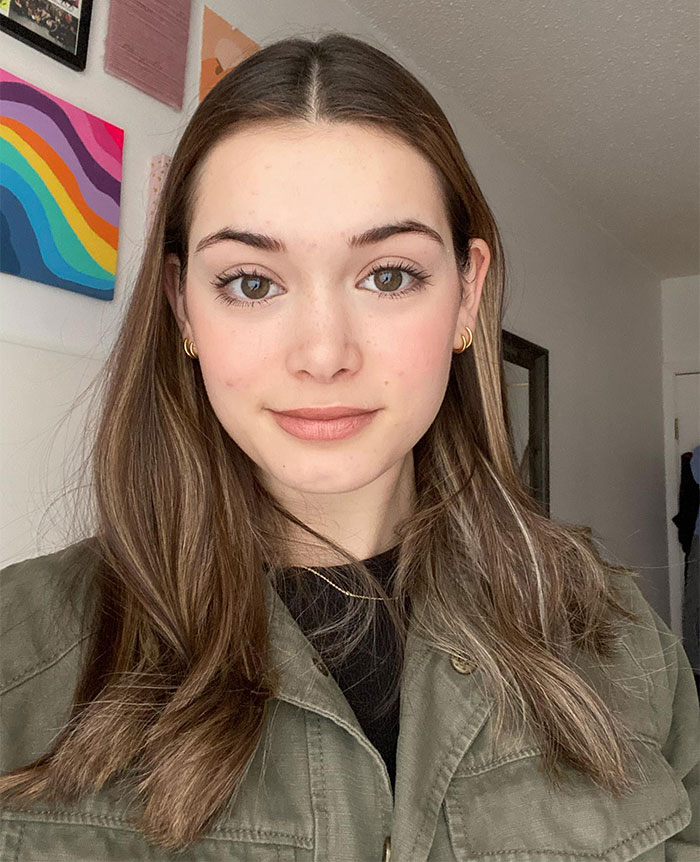 “I started off this job, I’m a sales associate, I get paid minimum wage, which is really not a lot of money. But it’s minimum wage, and it’s a job. So I go in. This lady who’s training me, she was very nice, she goes to open the door for me. And she talks, she starts explaining how to open up the store, how to turn off the alarm, she starts counting the till telling me that this is my job, to count the till, check emails, send packages online, do a bunch of things, be able to like, work an entire system as a sales associate, return exchanges, all of it, which, unlike if you have worked as a sales associate before, you know, that’s not your job.” 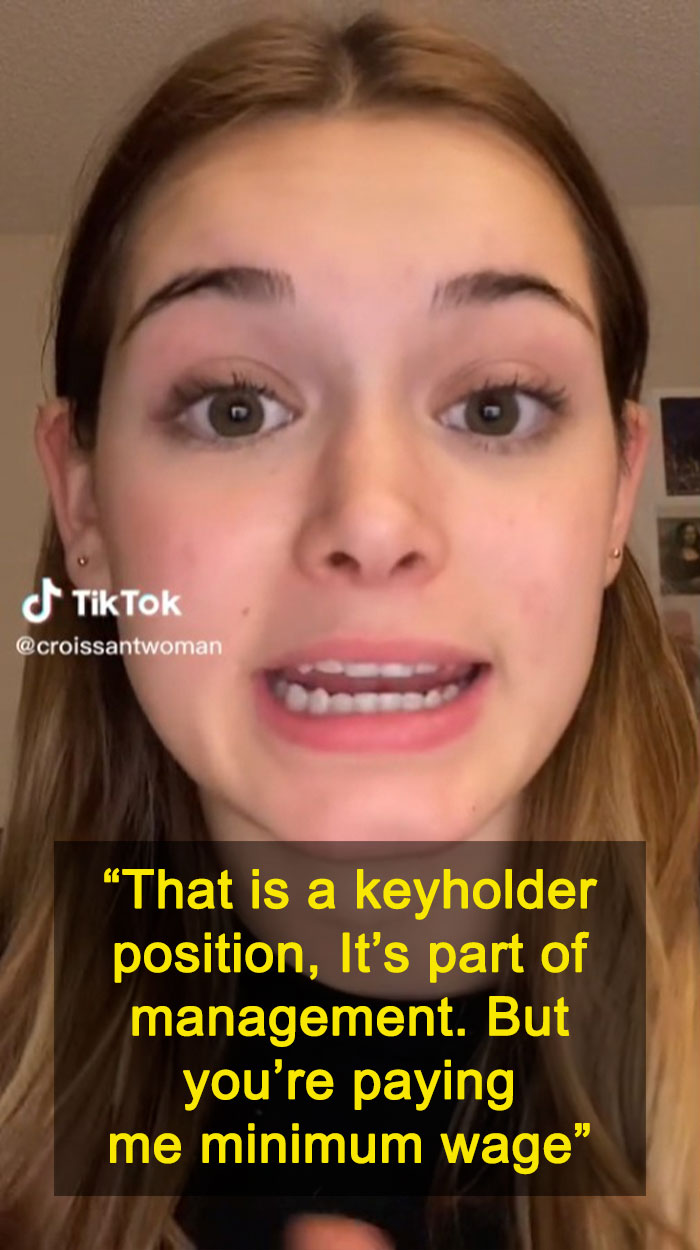 “A keyholder is a person who does all of this. And I said, those are all keyholder roles”

“Um, are you sure I’m just being a sales associate? Yeah, no sales associates do this this way you’re supposed to be doing. I’m like, keyholder is the name, you’re giving me a set of keys for like, five of the stores in this area. So I can open the store, count the till. And be alone, taking care of the store. That is a keyholder position. It’s part of management. If you want me to do these things, it’s really not a problem. But you’re paying me minimum wage when I should be getting paid like, at least one or $2 more per hour for doing this.” 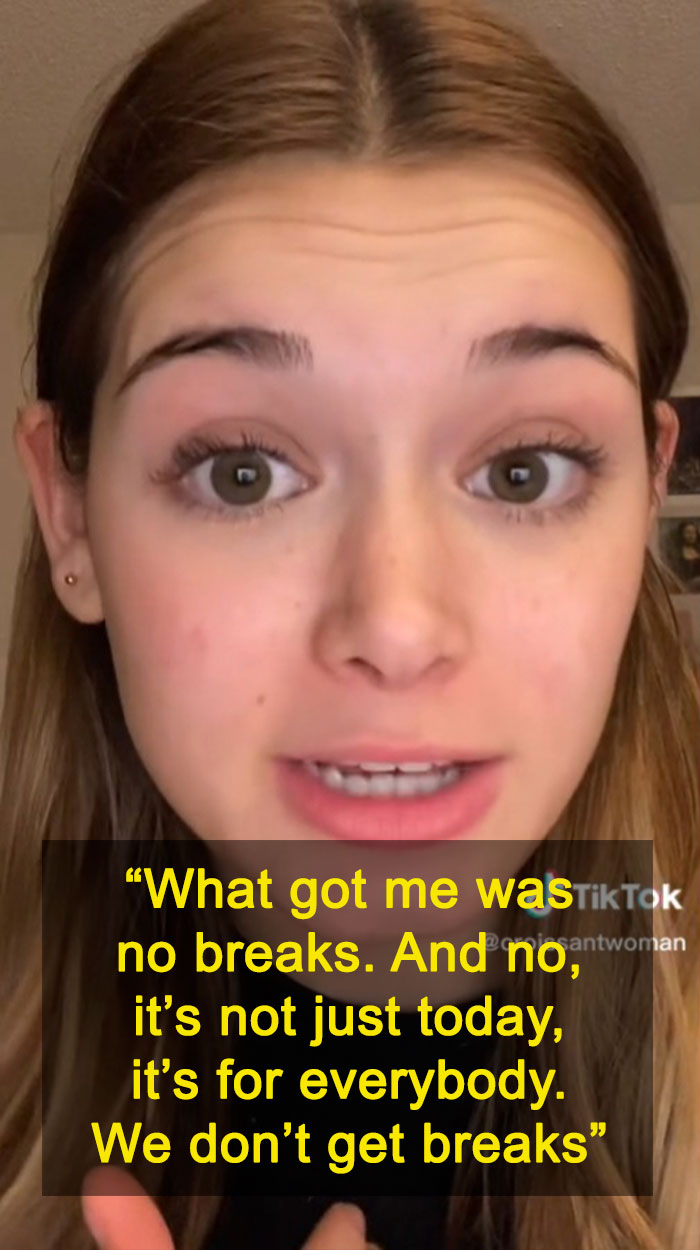 “And I already know how to do all these things. So it’s not a big deal. But like, if they’re trying to rip me off, I know that what got me was no breaks. That means I work eight-hour shifts. And because I’m the only one in the store, the entire shift. I get no breaks. And it’s not just today, it’s for everybody. We don’t get breaks. I didn’t eat lunch today. Because then you need to warm up the food and eat it at the till, on the floor.” 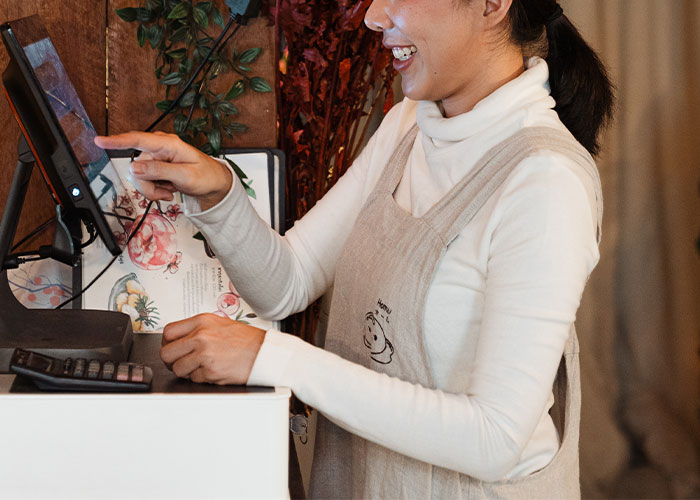 “It just blows my mind. How do people work like this?”

“So I was like, you know what, it’s okay. It’s okay. And I’m just going through my day, and I get in the car. And I told myself like, give it a week, because give it a week. You can’t just quit on the first day. I hate quitting. I’m not a quitter, okay. I just got in the car and I was like, I never want to come back. And it’s- no hate to this company. The company is nice. I guess. Everybody I met today, very nice. But how can you expect this out of me? Come on. It was just- how do these things even happen? How many things always happen to me? It was just so much. They keep paying minimum wage. Minimum wage.” 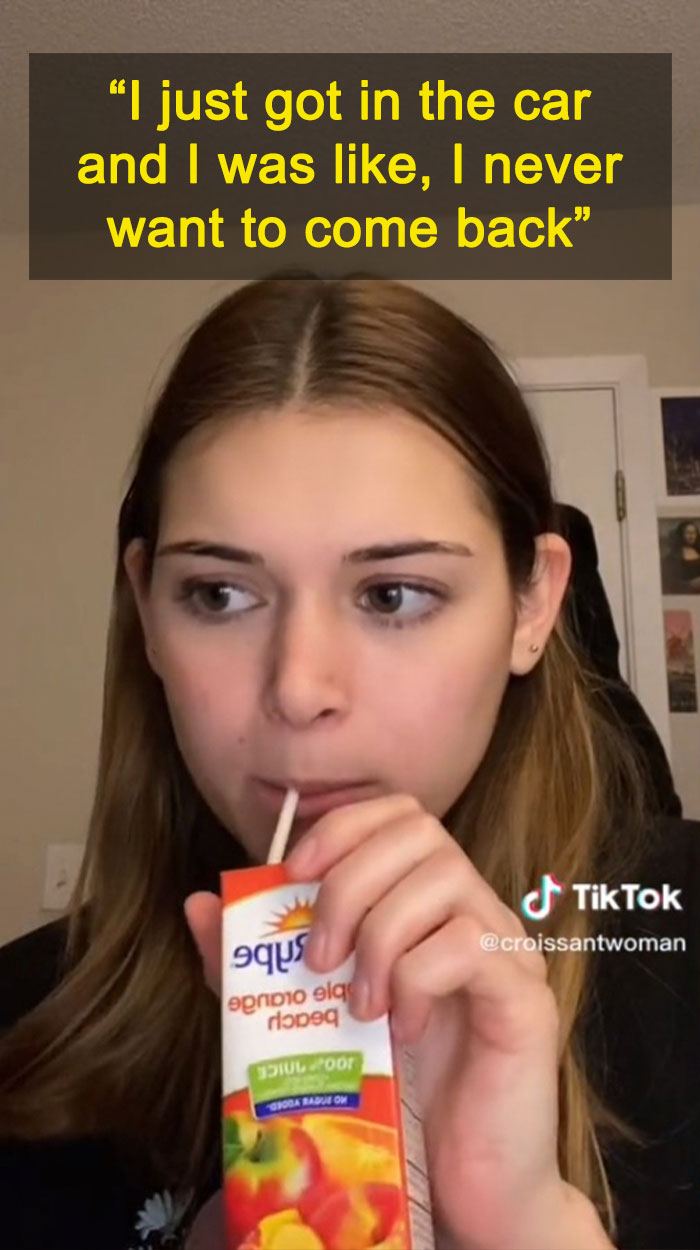 She went viral with over 1.8M views, starting a discussion online on basic employee rights

The more you read into this, the more unbelievable it sounds. The sheer audacity of some employers, I tell ya… Thankfully, croissantwoman decided to not endure these inhumane and outright cruel conditions for mere minimal pay. If you’re not allowing me to have proper breaks, at least pay me triple, I say!

However, federal law does not require lunch or coffee breaks. According to the US Department of Labor, when employers do offer short breaks (usually lasting about 5 to 20 minutes), federal law considers the breaks as compensable work hours that would be included in the sum of hours worked during the workweek and considered in determining if overtime was worked. State laws do differ, and you can find more information about it here.

The situation is a bit better in the UK. Workers over 18 are usually entitled to 3 types of breaks: rest breaks at work, daily rest, and weekly rest. Workers have the right to one uninterrupted 20-minute rest break during their working day if they work more than 6 hours a day; however, the break doesn’t have to be paid—it depends on the employment contract.

Now, call me crazy, but this seems completely bonkers in my mind. As stated on The Wellbeing Thesis, taking breaks has been shown to be important in recovering from stress, which can in turn improve one’s performance. Recovering from work stress can restore energy and mental resources and decrease the development of fatigue, sleep disorders and cardiovascular disease.

Then, the other side of the coin is the fact that the manager loaded extra duties onto the new worker without any additional compensation. Sadly, that is also still legal. As stated on NetwerkMovement, this is known as a dry promotion, and it’s as painful as anything. They advise people to address this as soon as it’s noticed, and if the employer decides not to do anything about it, one should consider where their loyalties lie.

As we continue to progress as a society, certain things need to be nipped in the bud so that everyone can have a better time existing on this little rock we call home. If you are to give your all 110%, make sure you’re at least getting compensated for it, and not just in nice words, but in sizable things that will make it worthwhile.

Leave us your thoughts on this situation in the comments below, and let us know if you’ve had similar experiences yourselves! I hope to see you all in the next one, adios!

Hundreds of people pointed out how dodgy this whole situation was, some even sharing their own experiences. Let us know your thoughts in the comments! 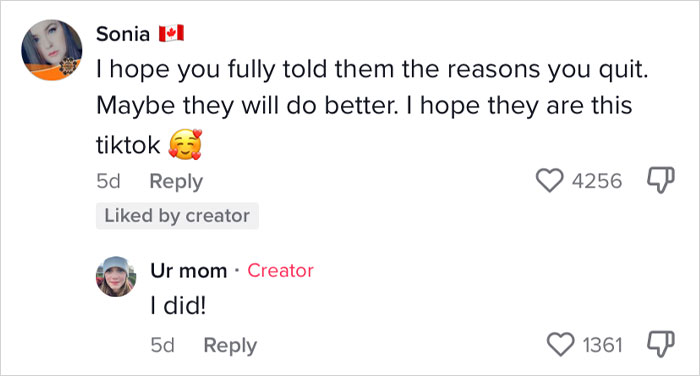 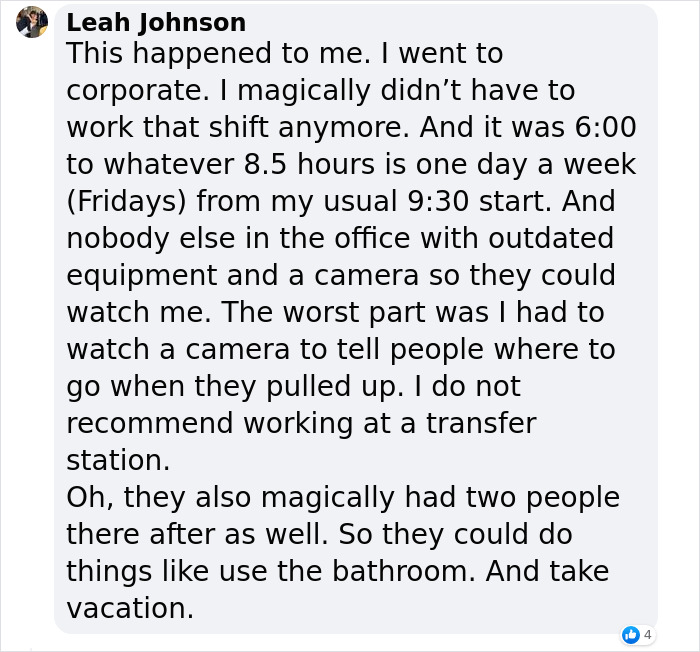 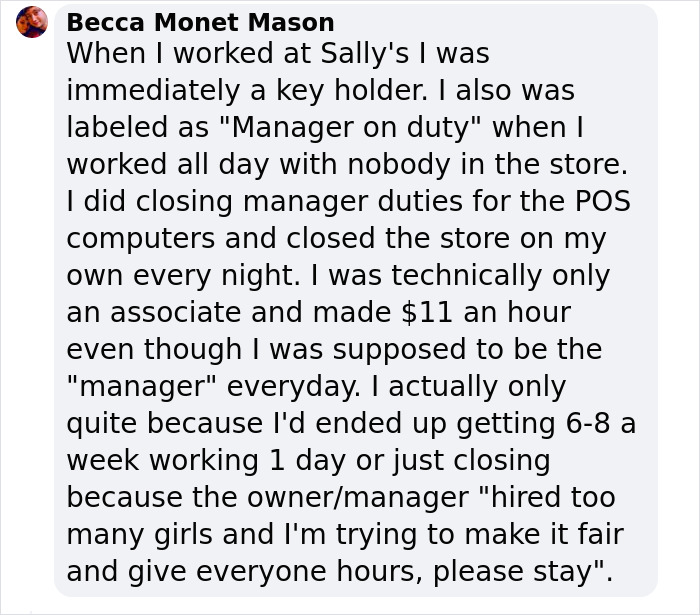 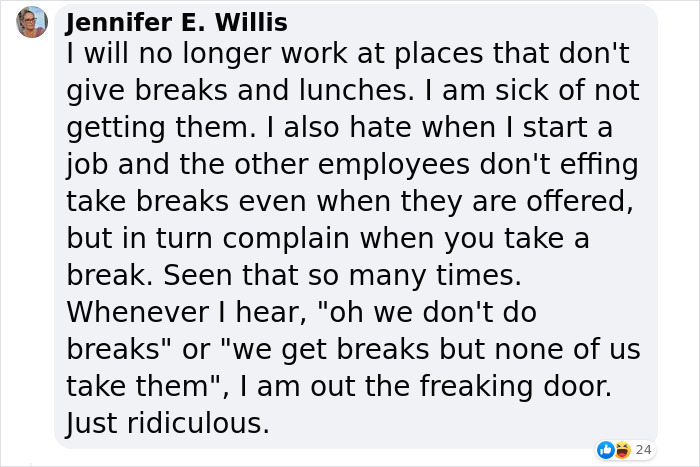 The post “I Never Want To Come Back”: Woman Quits Minimum Wage Job On Day 1 After Being Given Extra Responsibilities And Denied Breaks first appeared on Bored Panda.