According to the National Missing and Unidentified Persons (NamUS) database, more than 600,000 people go missing in the United States every year. Now, just imagine how many people disappear around the world annually. The number might surpass one million, if not more.

While this amount is shocking already, just think about all the people who are affected by their family members or close ones going missing. This is a nerve-wracking tragedy that no one deserves.

After my AI art went viral, I began to receive numerous requests for help from relatives whose loved ones are missing in Brazil, Portugal and Argentina, so that I could make their age progression in hopes of finding them. I used my skills in Photoshop, some apps and a lot of information (characteristics of fathers and mothers) to create images showing how missing people might look today. Among all the images I created in order to help the relatives, here are some of the creations I made based on information found in the FBI public domain.

Please reach out if you have some information. Visit FBI or PRF.

He went missing on the 4th of March in 1998 in Lousada, Portugal where he lived with his parents and sister. Rui Pedro was never found and his mother waits for him every day. Today he would be 35 years old. I used artificial intelligence and a lot of research on the faces of people over 30 years old to arrive at this result. 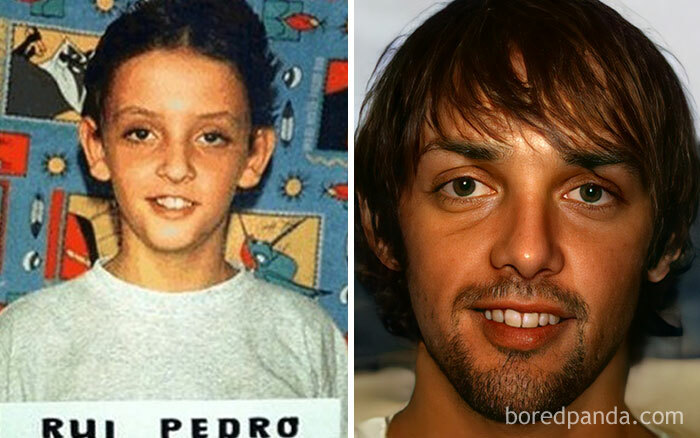 According to the FBI report, “Karen S. Adams was last seen at a popular gambling venue in Hancock County, West Virginia. On the night of March 11, 2007, Adams drove her red/brown 2005 Suzuki Forenza four-door sedan with Pennsylvania plate ETD5587 across the Pennsylvania state line to the Mountaineer Casino Racetrack and Resort to play bingo. She was seen there and was known to have left the bingo area around 11pm that night, possibly heading to the gaming side of the resort to play the slot machines. She was observed on surveillance video at approximately 3 am on March 12, 2007, leaving the gambling complex and has not been seen or heard from since. Her car was also not located.” Today she is 69 years old. 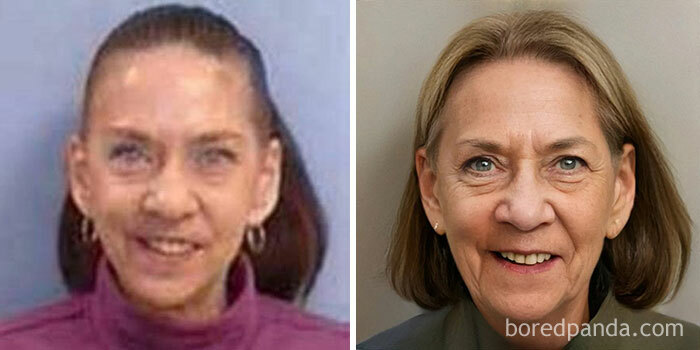 6 years ago Cinthya da Gama Pereira disappeared in Manaus, Amazonas, Brazil. At the time she was only 12 years old and today she is 18 years old. 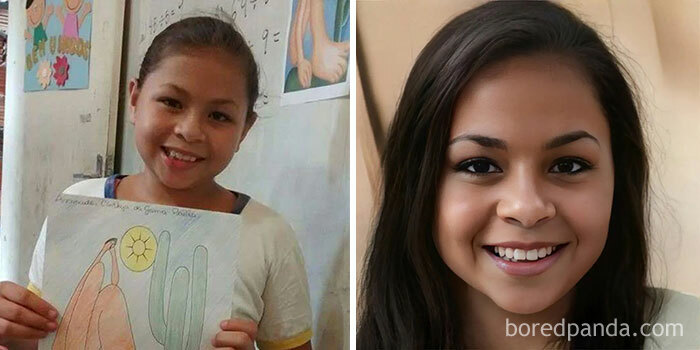 In 2007 she was vacationing with her family at a resort in Praia da Luz, in the Algarve region of Portugal. She disappeared from her bed in a holiday apartment where her family was staying. At the time of her disappearance, her parents were having dinner at a restaurant near the hotel. She would be 19 years old today.

According to the FBI report, Carla “was last seen leaving a bar and steakhouse in Newark, New Jersey, during the early morning hours of February 10, 2006. At that time, she was thought to be intoxicated and was seen with a non-white male. identified. She told a friend that she was walking out of the bar to the man’s car to see a photograph. She hasn’t been seen since she left the restaurant. Vicentini arrived in the United States on January 19, 2006, as an exchange student from Brazil. She was living with another exchange student in Newark at the time of her disappearance.” She is 39 years old now. 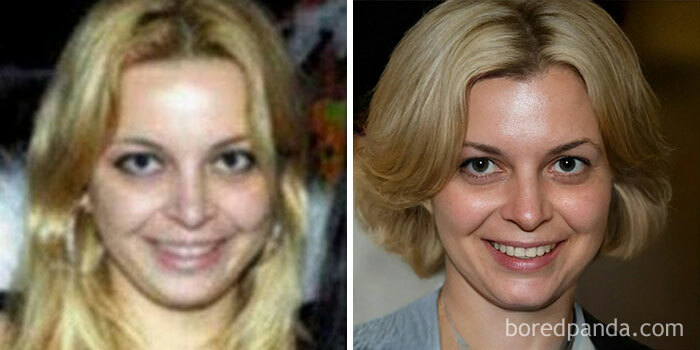 Carlinhos was kidnapped on August 2, 1973 at the age of 10. If he is alive, he would be 59 years old now. Today, kidnappings have become so commonplace that, unfortunately, no one is surprised by the news of these crimes anymore. However, in the early 1970s, it was unusual for people to be kidnapped here in Brazil. Because Carlinhos’ story not only involved a child, it was never solved — which is why he is still considered one of the most mysterious kidnappings in the country. 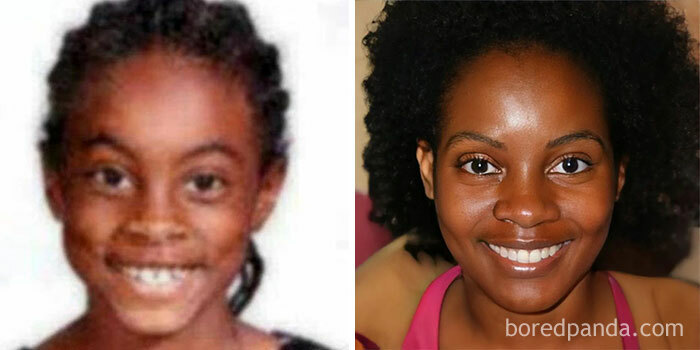 Bruna was only 5 years old when she disappeared, her mother Joseli Melo keeps hoping to find her daughter. The pain of not knowing where and how she is has accompanied this woman every second of her life for 13 years. Bruna is 18 years old these days. 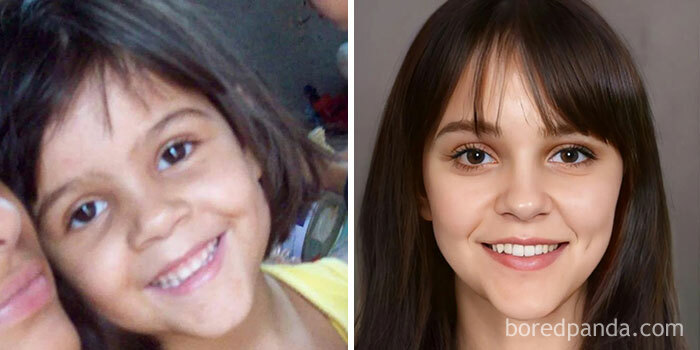 He was 13 years old when he went missing. He left home saying that he would go to a grocery store near his house, in Jardim Aeroporto I, south zone of the city of Franca, São Paulo, Brazil and never showed up again. He is 15 years old these days. 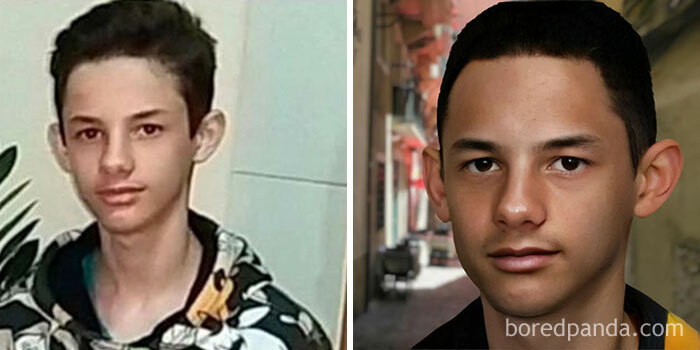 Sofía Herrera was three years old when she disappeared on September 28, 2008. She was with her parents and friends at the John Goodall camp, located 59 kilometers south of Río Grande, Argentina. Today she is 17 years old. 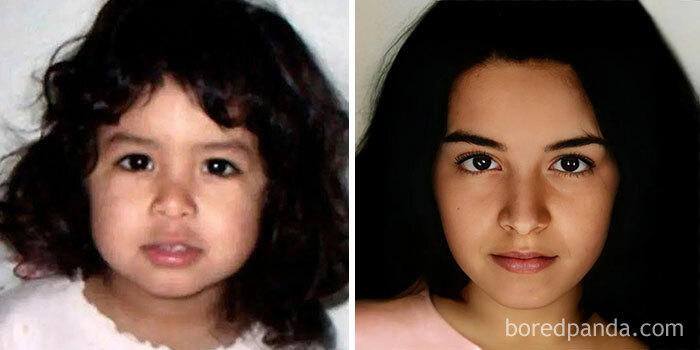 According to the FBI report, “she was last seen by her father in the parking lot of the Old Hickory Shopping Mall in Jackson, Tennessee, on the afternoon of March 4, 2001. Bethany entered the mall alone while her father was waiting for her in the car. After approximately two hours, Bethany’s father entered the mall to look for his daughter, but was unable to locate her.” She is 32 years old these days. 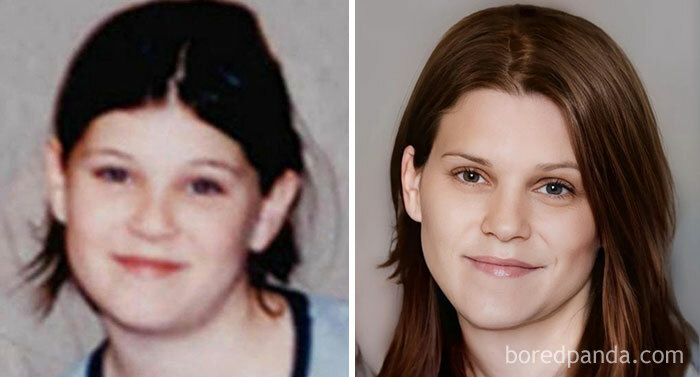 Polyanna was just 10 years old when she disappeared in Brazil 7 years ago. The girl is 17 years old these days. 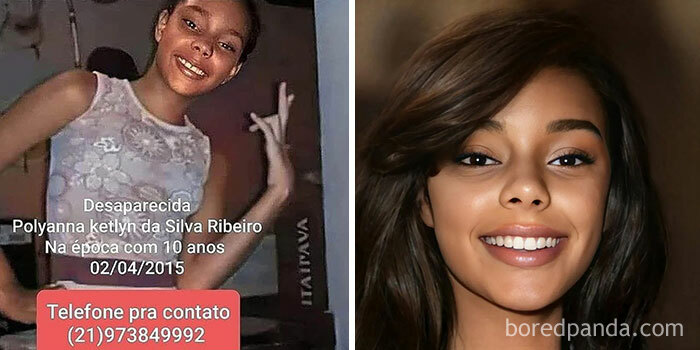 Jesús Héctor Gallego Herrera was a Colombian priest. On the night of June 9, 1971, while he was at the house of one of the farmers he worked with, some soldiers came in a jeep and asked Fr. Hector to go to the barracks. He said he would go to sleep, as he was tired, and that the next morning he would go to the barracks on his own two feet. The soldiers insisted, so Héctor entered the house and reassured his peasant friend and his family with a smile, and accompanied them. He has not been seen since. Some say he was killed that night. He would be 84 years old these days. 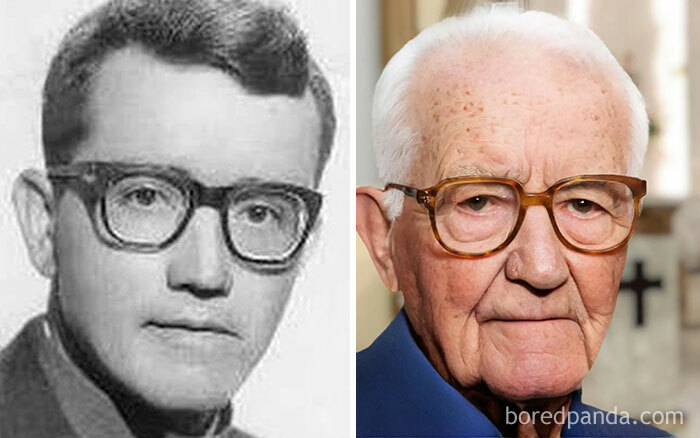 Disappeared on April 6, 1986 in Gallup, New Mexico. Anthonette Cayedito, then 10, was last seen inside her family’s home. She was last seen wearing a pink nightgown. Today she is 46 years old. 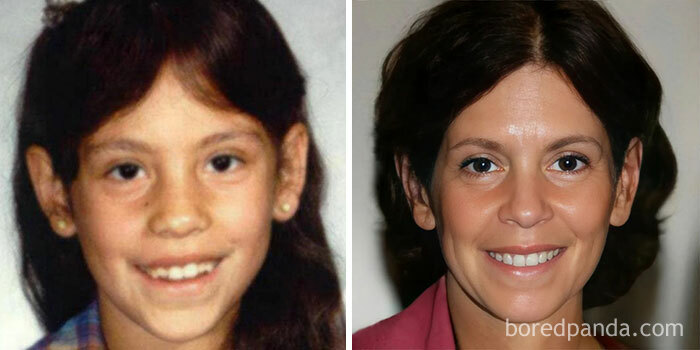 He disappeared from home in 2005 in Rio Grande do Sul, Brazil. Today he is 45 years old. 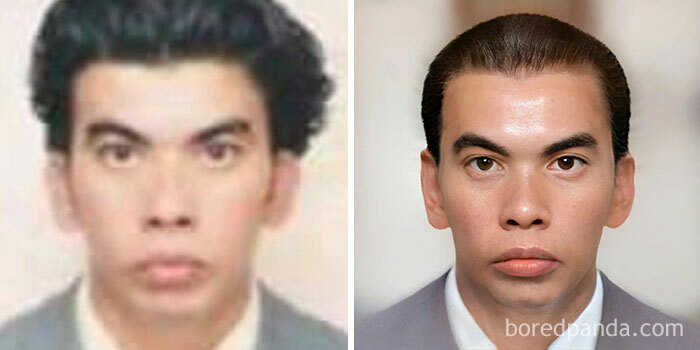 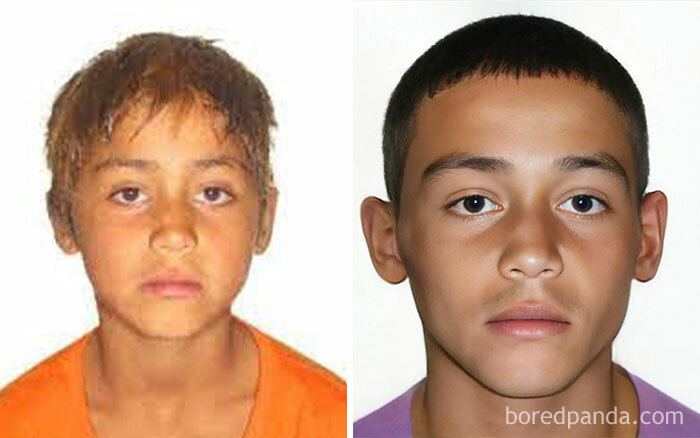 According to the FBI report, “on August 2, 1981, José Esuaro “Che” Dominguez left his home in Stockton, California, walking to meet friends at nearby Stribley Park. At the time, he was wearing gray corduroy pants, gray sneakers and a black T-shirt with the name “Che” printed below a Cancer sign. He never returned home.” He is 57 years old nowadays. 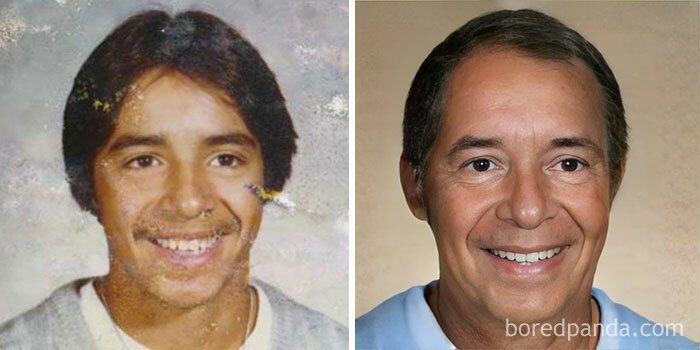 On August 24, 2013, João Rafael Santos Kovalski disappeared while playing in his backyard, five days before he turned 2 years old. João is 11 years old these days. 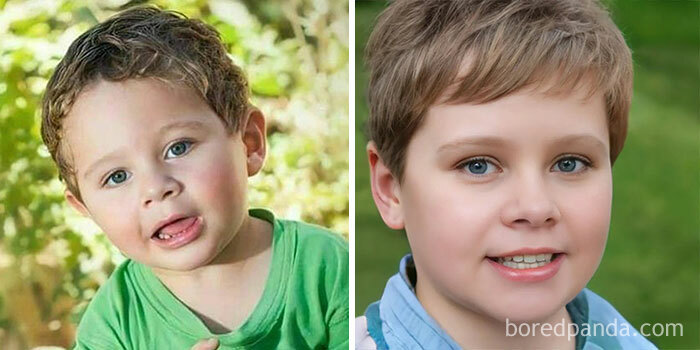 Priscila disappeared on January 4, 2004, in Rio de Janeiro, Brazil. She was at work when she went out to lunch and disappeared without leaving any clue as to her whereabouts. Since then, her mother has struggled year after year to find clues about what happened. She would be 47 years old now. 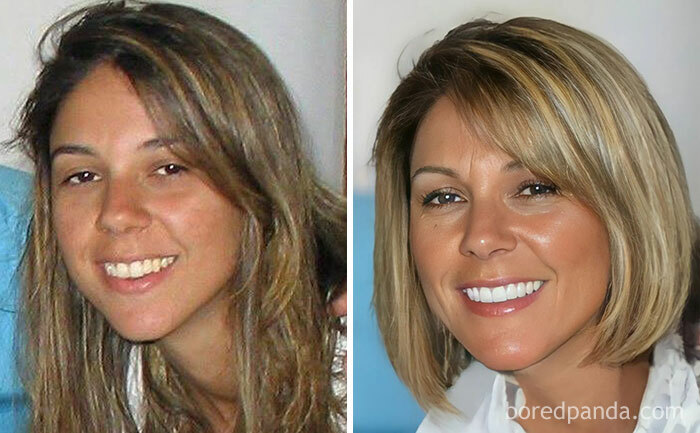 7 years ago this adorable little boy disappeared in Brazil without a trace. Today he is 8 years old. 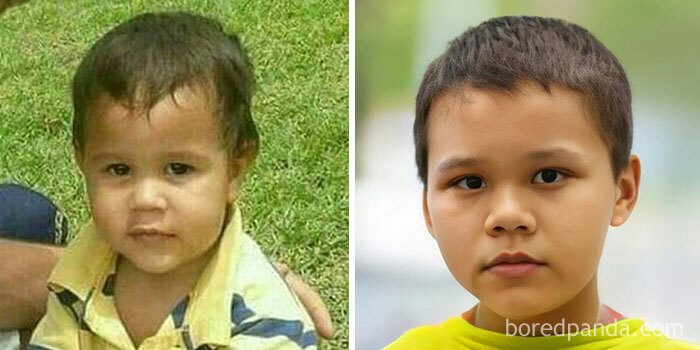 This girl disappeared at the age of 13 in Brazil. Today she is 40 years old. 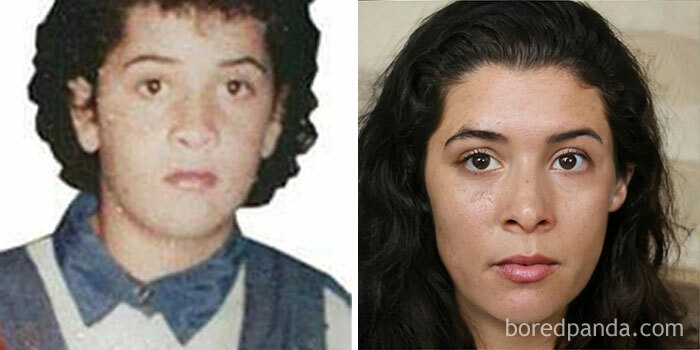 He disappeared at age 22 on May 29, 2015 in São Judas Tadeu neighborhood in São Paulo, Brazil. Kelvyn is 29 years old these days. 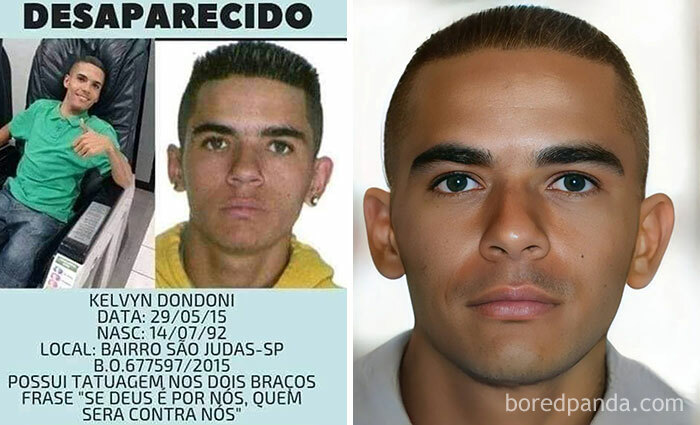