Sense of safety is a feeling that many take for granted. There are countries where it is never safe to go outside, there are places where women are seen as less than human and sexual or racial minorities feel like they can be attacked for no reason at any time. These are only a few examples, but modern societies are trying to make everyone feel welcomed and included.

However, even in developed and modern countries, there are individuals who just seem to think they are more equal than others. In a school in Texas, teachers who are in support of the LGBTQ+ community showed that their classrooms are a safe space, but one day they disappeared and the students staged a massive walkout in protest. 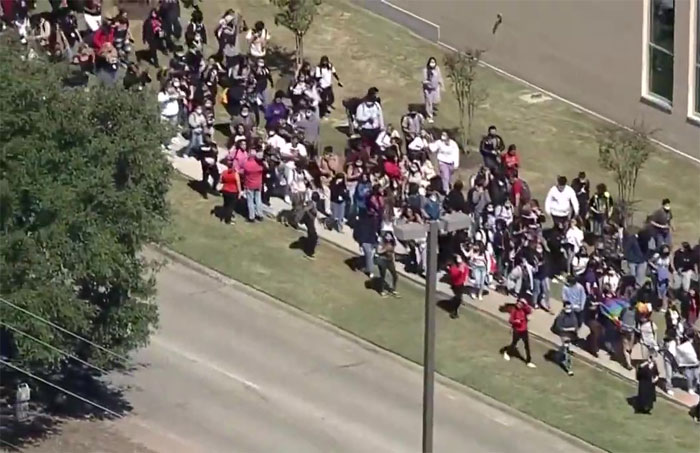 On September 22, students of MacArthur High School in Irving, Texas organized a massive walkout that attracted a lot of attention from the media and was extensively reported on by several news channels. Their reason for doing it was to protest against what they believed was discrimination. 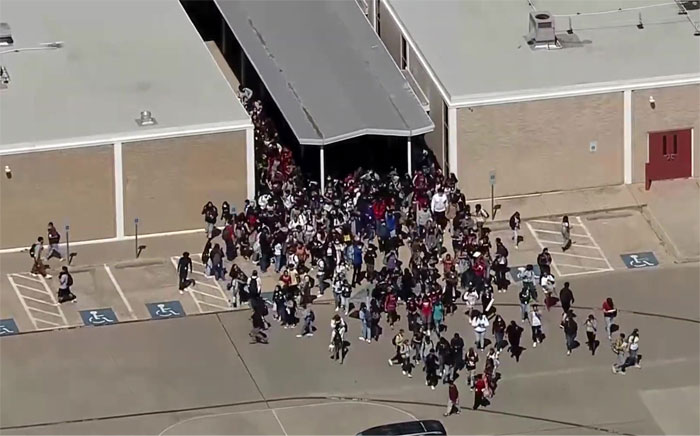 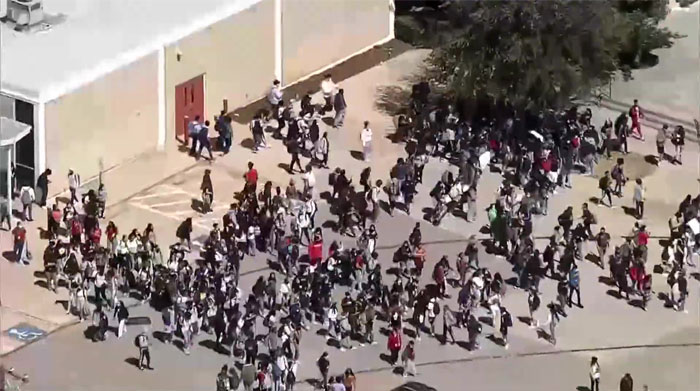 What happened was that the teachers in the school were given stickers in the shape of a heart with rainbow colors on it to put on their classroom doors or windows to show that they are in support of the LGBTQ+ community and that their classrooms are a safe place for all students. Those stickers were left on for the past year until a new principal came in and the hearts mysteriously disappeared. One of the teachers even printed out a laminated poster saying ‘safe zone’ and that was gone too.

Previously, teachers had stickers indicating they are in support of their LGBTQ+ students, but a few weeks into the new school year, they disappeared without warning 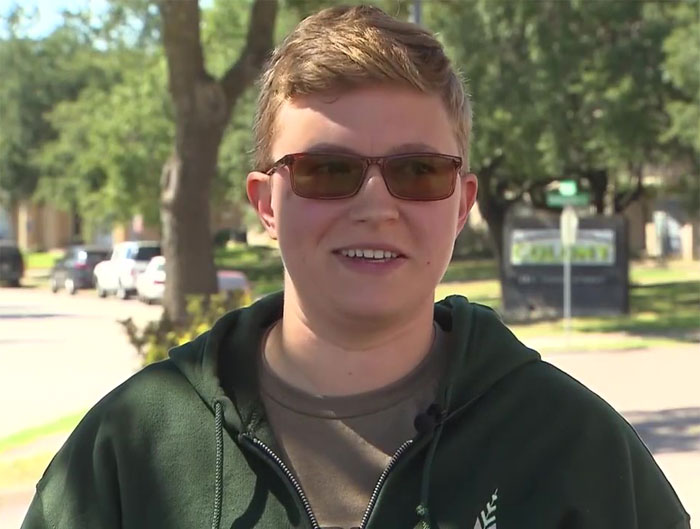 Students felt that this was a sign that non-straight kids are not welcomed in the school and that removing stickers that indicated safety for all meant that was not the case anymore.

One of the teachers, Rachel Stonecipher, who is the only openly lesbian teacher in the school, said to CBS11, “I was freaked. The kids were freaked out” when she saw that the stickers and the ‘safe zone’ sign were missing as it was immediately clear what message stood behind such an act. 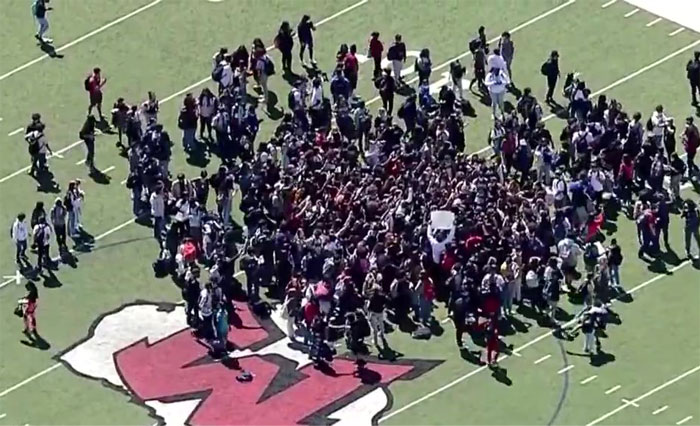 Then teachers who were openly supportive of the LGBTQ+ community, one of them being lesbian, were gone too and still haven’t showed up to lessons 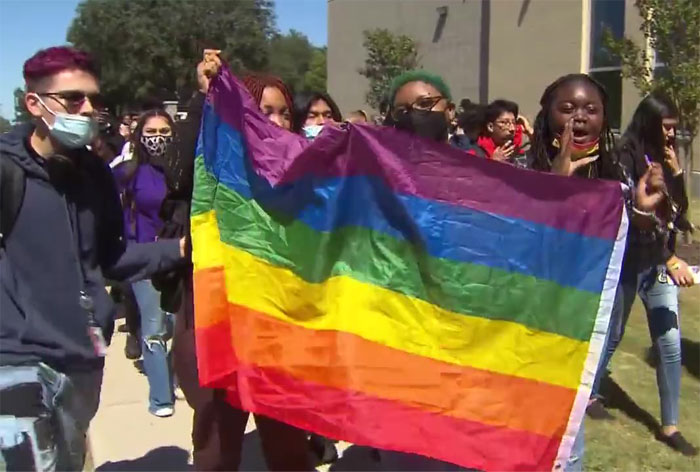 To some students, teachers are not just people who educate them on literature or explain physics to them—they become role models or people they can turn to when they are in trouble, are scared, or when they can’t trust other people in their environment. The stickers were there to let the students know to which teachers they can go to seek help.

What was even more strange is that the students were randomly called in by the administration and questioned. The kids were assured that they didn’t do anything wrong, but the students noticed that people who were interrogated were only the ones who had been to at least one Gay-Straight Alliance meeting. 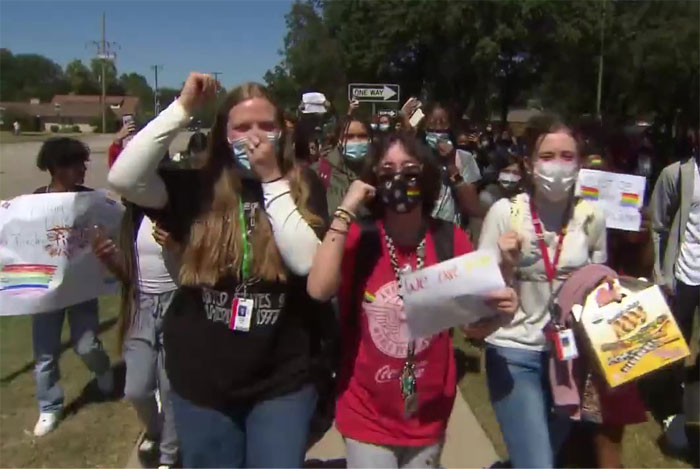 The tension was just building up and the last straw was seeing the English teacher Rachel Stonecipher being escorted off campus and another teacher supporting LGBTQ+ rights being mistreated. The kids decided to show their disapproval by walking out of school with rainbow-colored hearts on their faces and clothes to show support for the teachers. 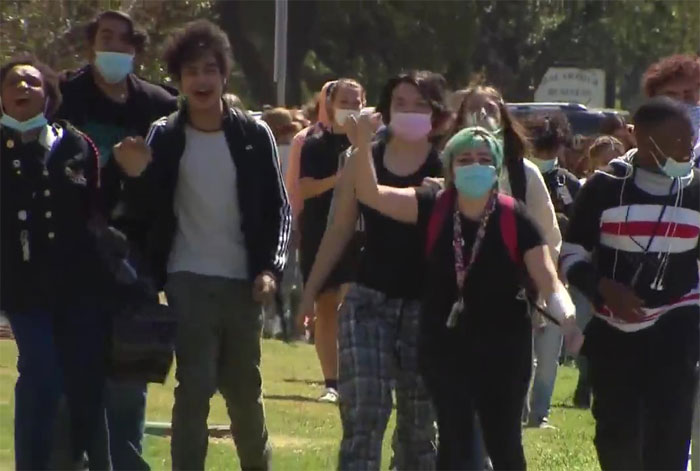 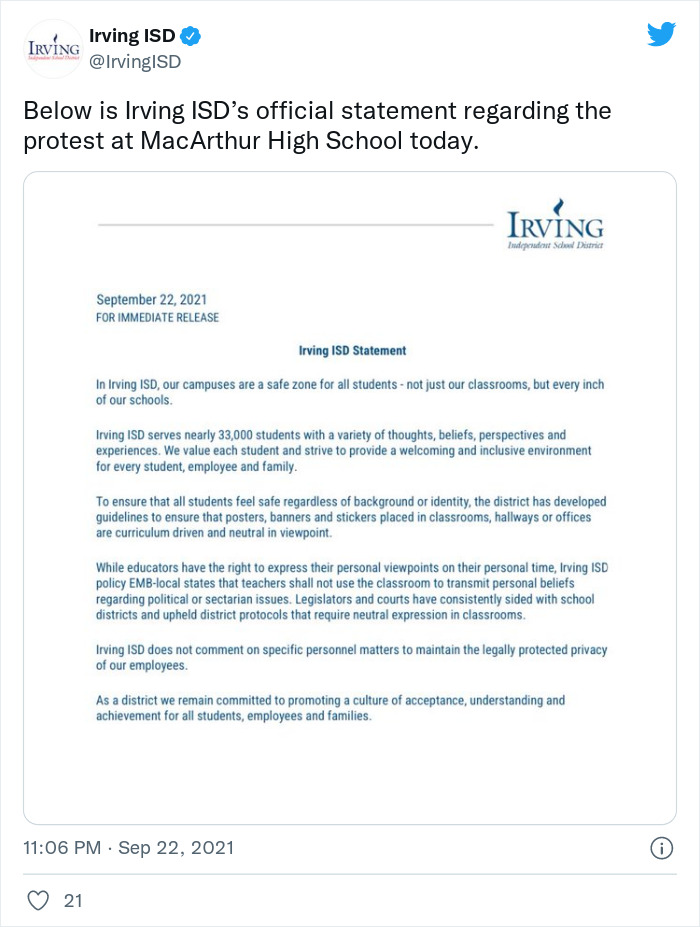 Many agree that the sticker removal may be linked to the entry of a new principal. The school’s only response to the protest was tweeting a statement that explained why the stickers were removed: “We value each student and strive to provide a welcoming and inclusive environment for every student, employee and family. To ensure that all students feel safe regardless of background or identity, the district has developed guidelines to ensure that posters, banners and stickers placed in classrooms, hallways or offices are curriculum driven and neutral in viewpoint.”

It also states that “teachers shall not use the classroom to transmit personal beliefs regarding political or sectarian issues.” However, it didn’t convince the students.

What do you think of this story? Who would you say is right in this case and do you think that the situation was serious enough for the students to protest? Feel free to voice your opinions in the comments! 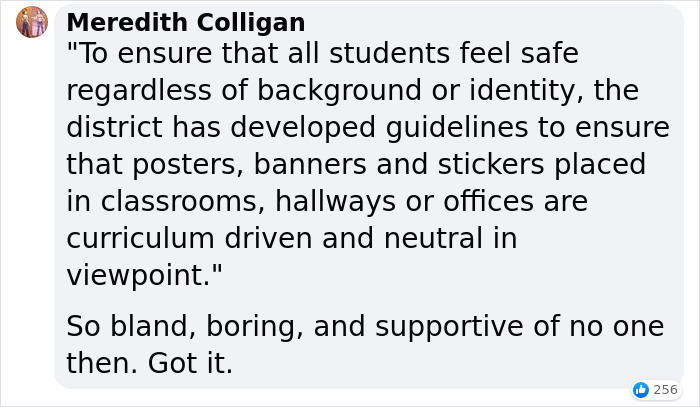 The post “I Was Freaked. The Kids Were Freaked Out”: Students Stage A Massive Walkout After A Lesbian Teacher Is Escorted Off Campus first appeared on Bored Panda.