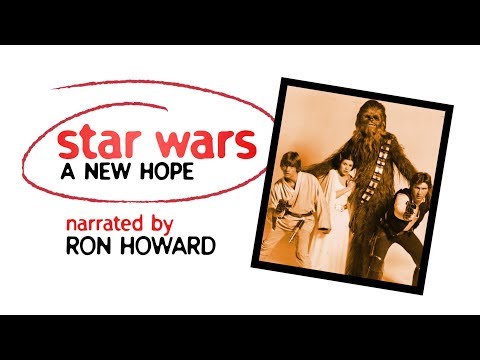 The 2003-2006 TV series Arrested Development was produced and narrated by Ron Howard (Opie Taylor, Richie Cunningham). Ron Howard is also the director of the forthcoming Star Wars film Solo. Therefore, it only made sense for Disney to combine the two in a promotional film. So what we have is Ron Howard narrating the story of Star Wars (Episode IV, A New Hope) in the style of Arrested Development. It’s not a new idea. You can see a mashup from last summer that uses audio clips from Arrested Development for the narration, and another, longer version without Howard’s voice. It’s funny, but let’s hope that it doesn’t foreshadow anything about the style of the film Solo, which hits theaters May 25. -via Metafilter