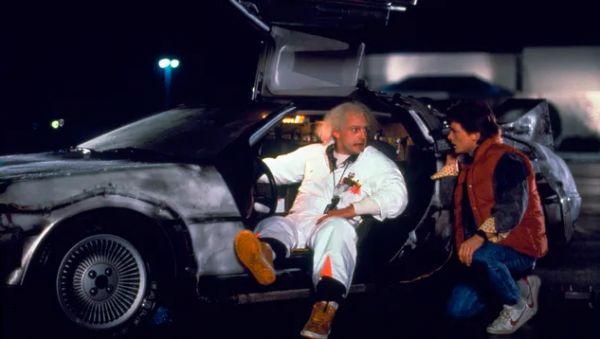 In the 21st century, any studio planning a summer blockbuster is looking to build a franchise. If it’s a hit, there will be sequels down the road. It wasn’t always so. George Lucas did not have nine movies planned out when Star Wars premiered in 1977. Today’s fans have valid criticism about how the final Star Wars trilogy should have been planned better, but that has nothing to do with what happened in the 1970s. And that sort of criticism has affected discussions of the 1985 movie Back to the Future.

Of course the irony in this is that Back to the Future was not planned as a trilogy; this was a “universe” structured around only one story, with its sequels acting as mere expansions on those initial foundations. Even the “cliffhanger” ending of the first movie, with Marty, Doc, and the original Jennifer Parker (Claudia Wells) piling into a now flying DeLorean to “do something about your kids,” was never meant to be more than a gag.

“We never designed the first Back to the Future to have a sequel,” director Zemeckis confirmed on the 2002 DVD release of Back to the Future Part II. “The flying car at the end was a joke, and it worked as a great joke and a great payoff. Everyone assumed we had this grand design like George Lucas did about Star Wars and had all these sequels. My only hope for Back to the Future ever was that it would make its money back.”

But of course it did, and there were two sequels that only made a trilogy in hindsight. Read how Back to the Future came about and how it ended up with two more movies at Den of Geek. -via Metafilter