In the Newport harbor in Rhode Island, America’s smallest state, stands a small, squat lighthouse named after Ida Lewis, the fearless lighthouse keeper who manned this outpost for more than fifty years. During this period Ida Lewis was known to have saved countless lives from drowning.

Ida Lewis was born in 1842 in Newport, Rhode Island, the second oldest of four children of Captain Hosea Lewis of the Revenue-Marine. She was first brought to Lime Rock in 1854, when her father was made the lighthouse keeper there. Initially called the Lime Rock Lighthouse, it was a square granite tower equipped with a sixth order Fresnel lens and an oil-burning lantern. To reach the light, Hosea had to row 200 meters each day, which was not possible at all times especially when the sea was rough. So In 1857, a two-story house was built for the lighthouse keeper, and Ida and her family moved into her new house on the island. 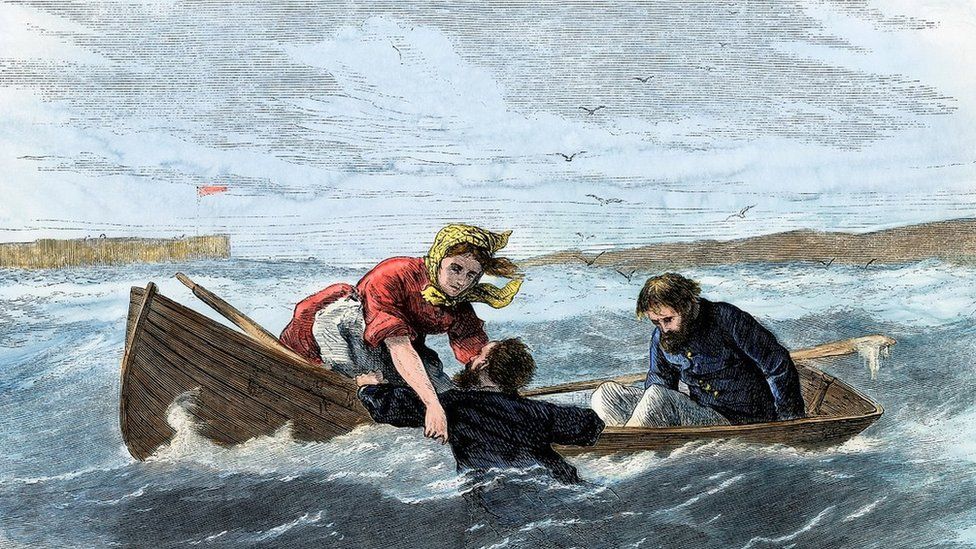