You may have wondered what famous actors will voice characters in an upcoming movie, but have you ever thought about the similarities between the actor and the character looks-wise? This artist named Crystal Ro has not only thought about that, but also created 8 illustrations imagining famous Disney characters as the voice actors behind them. 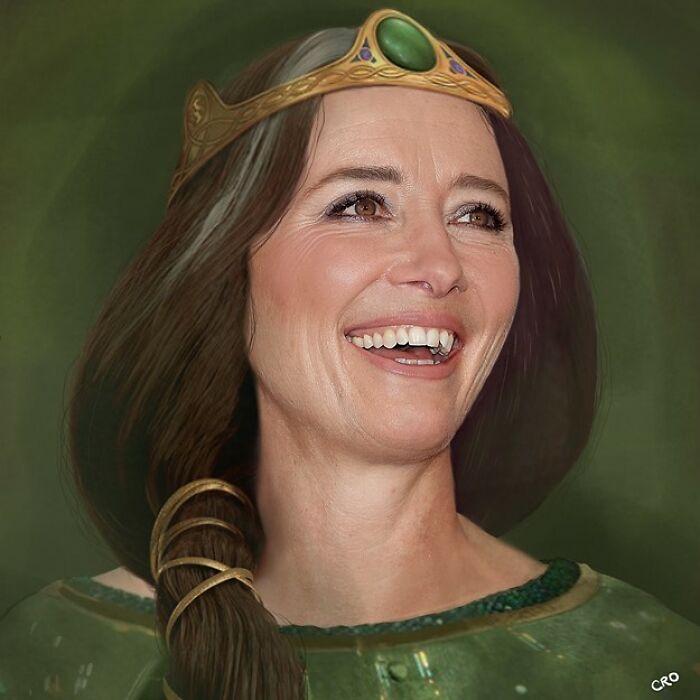 It might not be the first thing you notice when watching animation, but voice acting always plays a huge part in making the movie or series interesting as well as believable. When done by professionals who pay attention to every detail, voiceovers can make us truly connect with the characters on the screen. 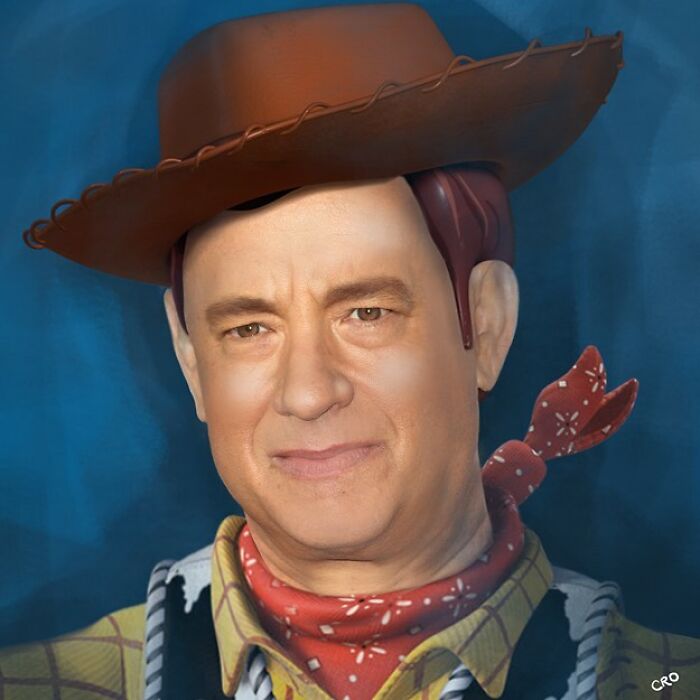 All of the actors on this list are pretty famous in their own right, but it’s not unusual that people who act in live-action film or television also do voiceover work. Voice acting has the advantage of offering an acting gig without having to bother with makeup, extravagant costumes or other things that can get pretty exhausting for big celebrities.

#3 Kristen Bell As Anna From “Frozen” 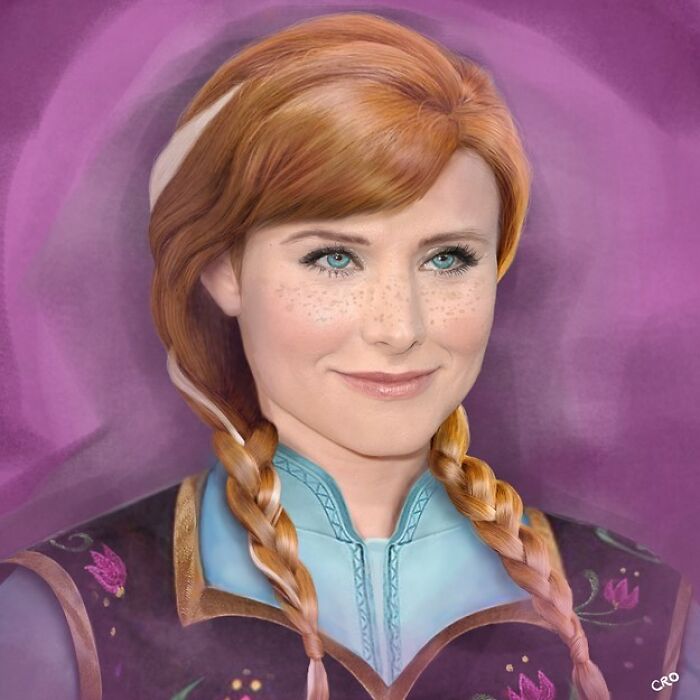 The artist, Crystal, was born in New Hampshire. As it says on her website, “Crystal attended the University of St. Andrews in Scotland and now lives in Los Angeles where you can usually find her bothering her cat Peggy.” Crystal has written and drawn about various lifestyle and pop culture-related topics. Her humorous articles and drawings have been published in many popular online magazines.

#4 Kelly Macdonald As Merida From “Brave” 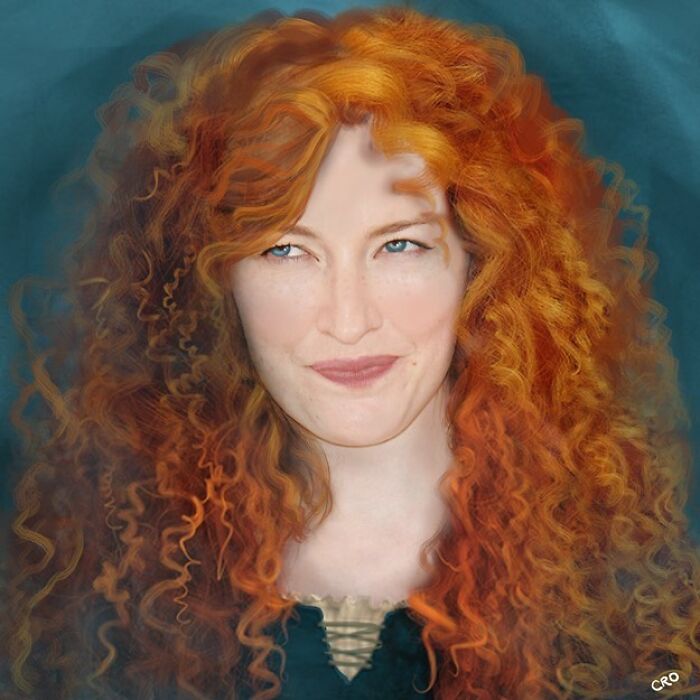 Other than this series of Disney characters as their voice actors, Crystal has made quite a lot of comics in different styles. Bored Panda has also posted about one of her recent series where she decided to mash up two of the people’s favorite things—Baby Yoda and Disney Princesses. These hilarious pictures have been going around the internet and people loved them.

#5 Idina Menzel As Elsa From “Frozen” 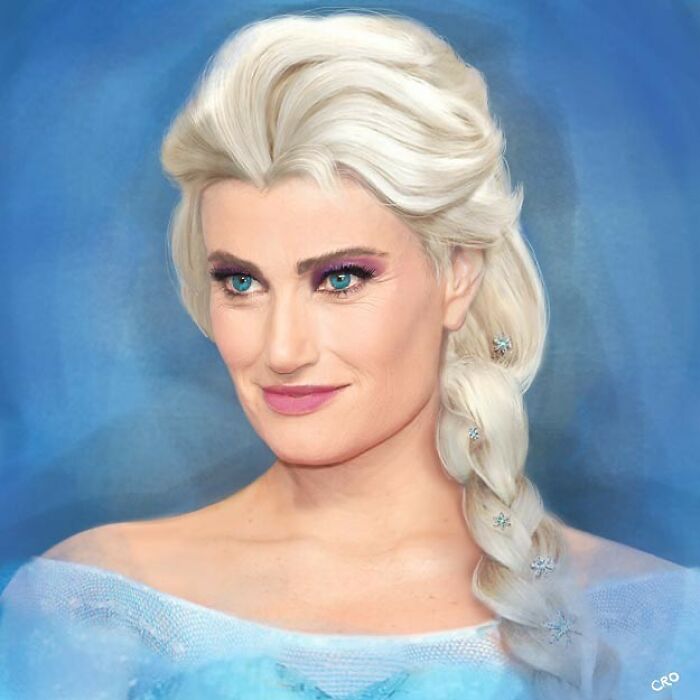 #6 Mandy Moore As Rapunzel From “Tangled” 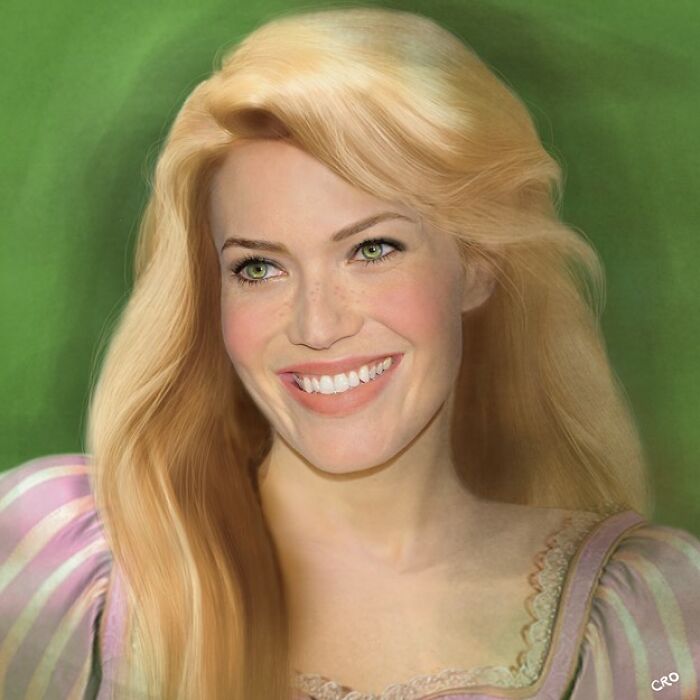 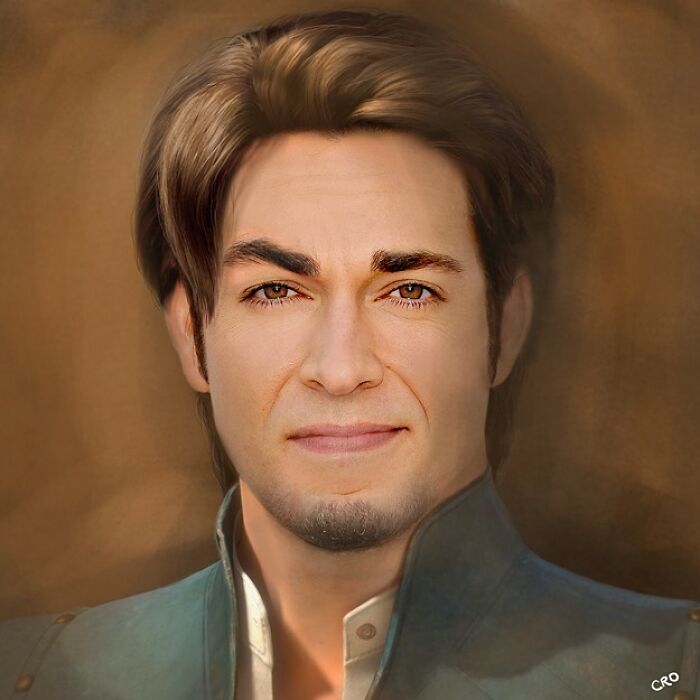 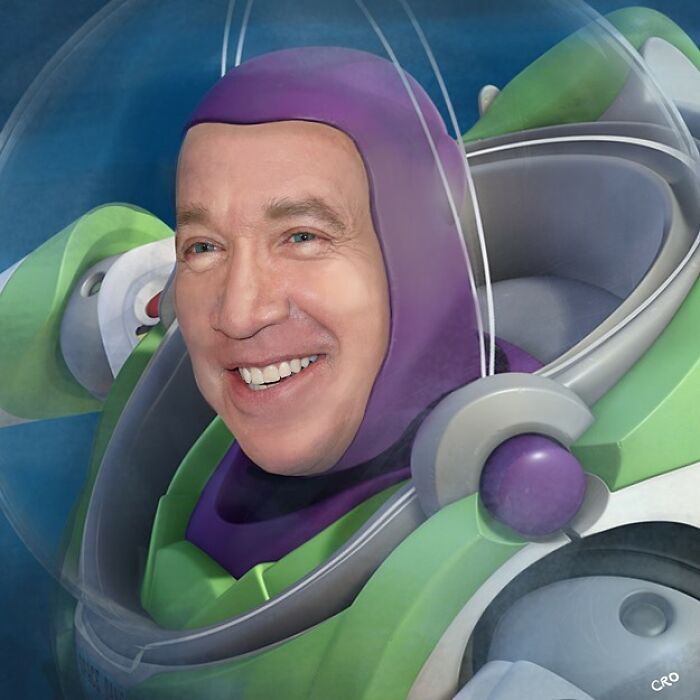