If you’ve ever been a freelancer, you know how sometimes hard it is. Not only are you the one directly handling the clients, taking all the responsibility if something doesn’t go according to plan, but you’re also always in danger of getting tricked and not paid. And what do you do if that happens? Well, the Redditor Nzdevon, who introduces himself as a “freelance front-end dev and a search engine optimization guru,” has some enlightening answers.

In a post on the Pro Revenge subreddit, Nzdevon shared an incident that happened to him in the 2000s. “One day I was approached by someone I’ll call Bob. Now Bob sold travel packages. He needed to revamp his basic, existing website, with a complex website built with pretty tricky backend coding,” the author recounted.

The author said that usually, he asks for a quarter of the deposit up front, but Bob said he “was stung by the last dev and wasn’t going to lose any more money.” So Nzdevon was kind enough and skipped the deposit on the promise that Bob would pay in full before the work he was about to do would go on Bob’s server.

Let me just tell you that the author said his gut was telling him this was going to end badly. But what it did not tell was that it would be Bob who would pay the full price and much more in the end. 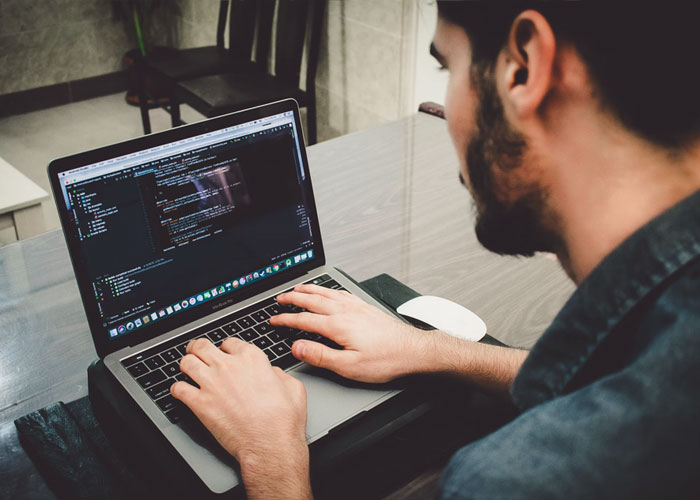 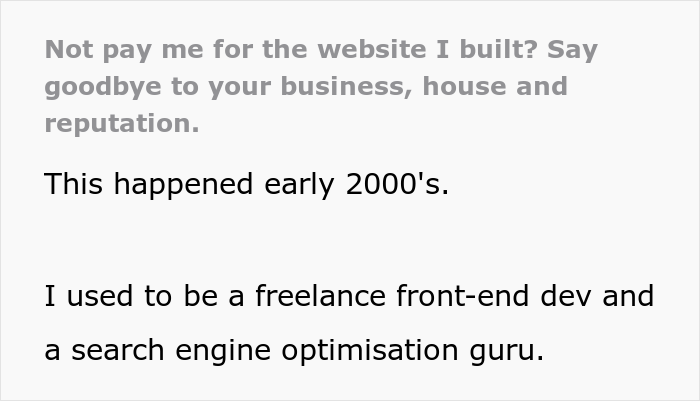 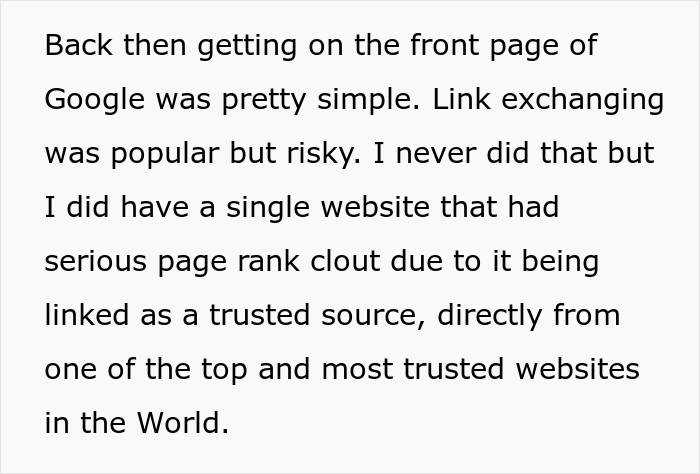 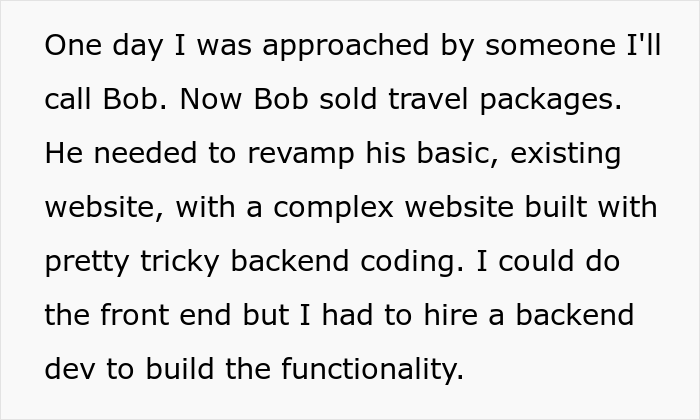 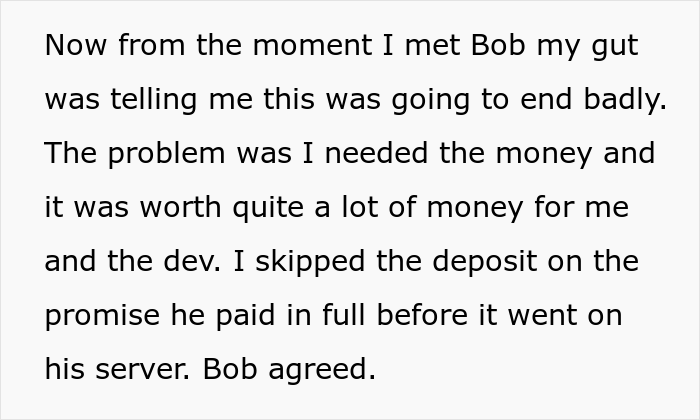 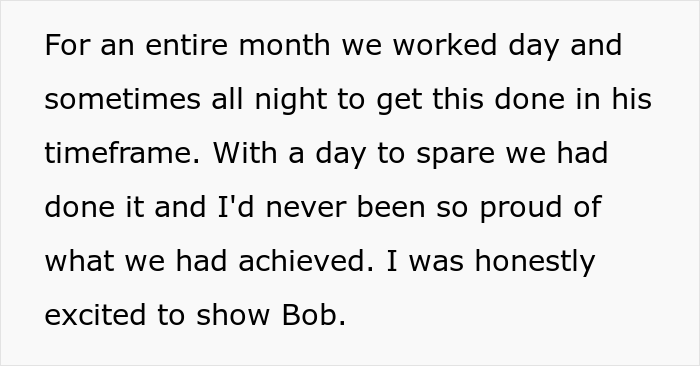 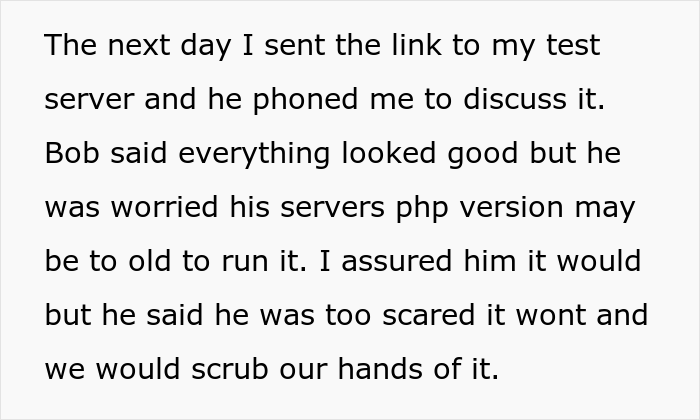 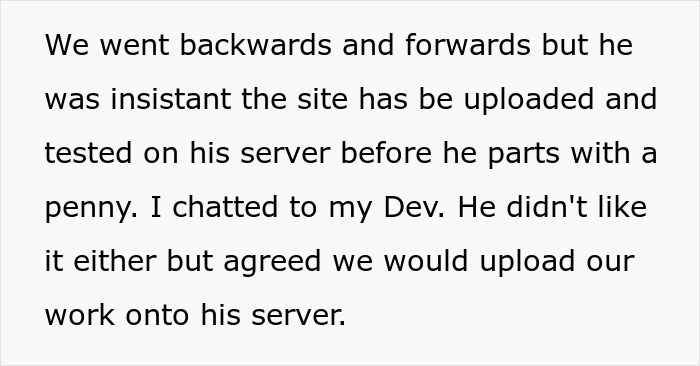 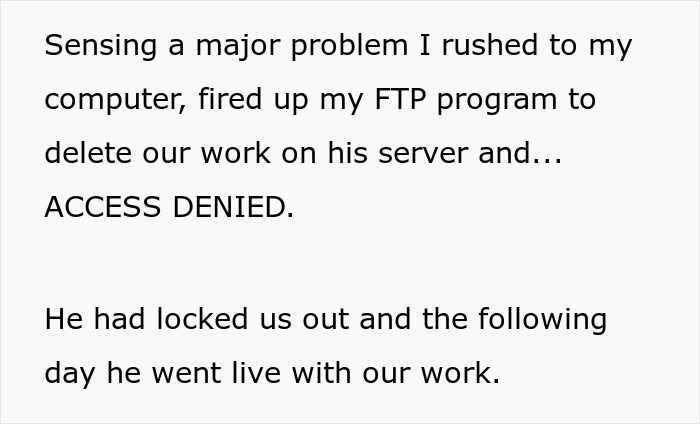 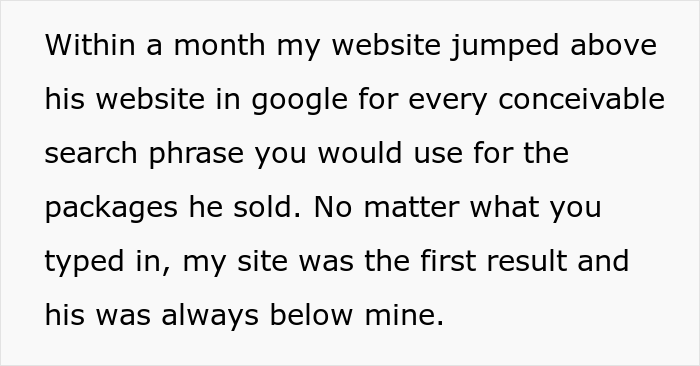 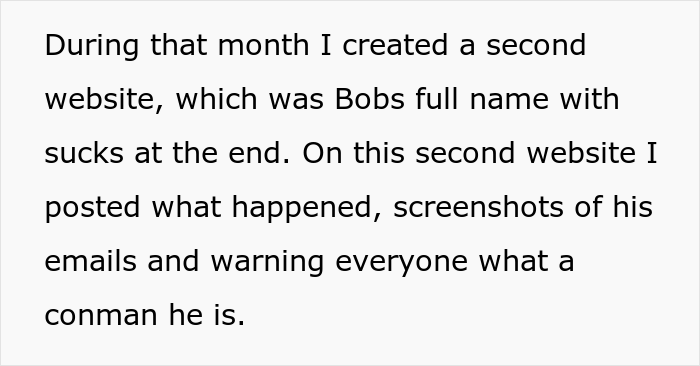 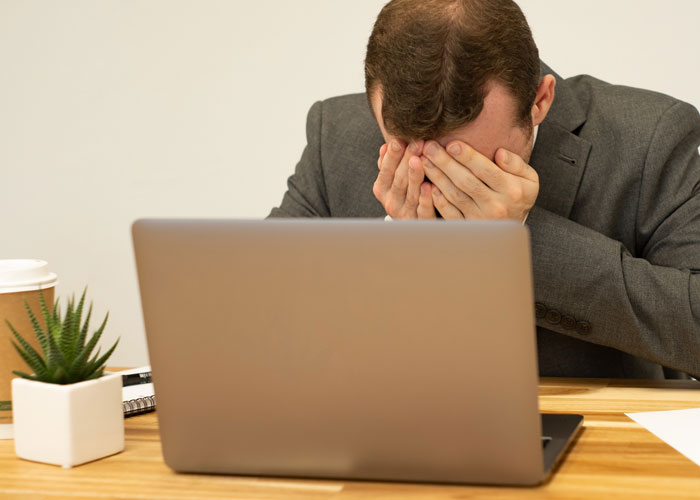 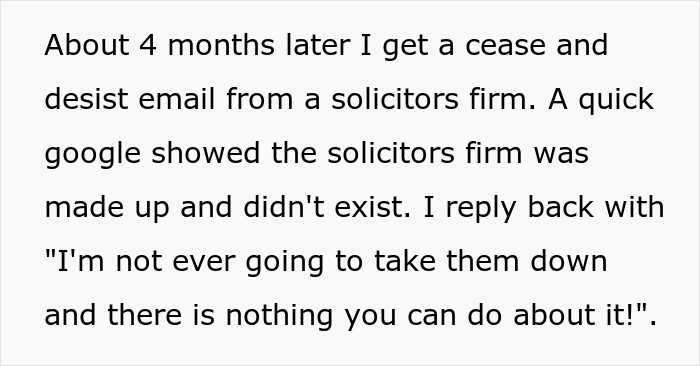 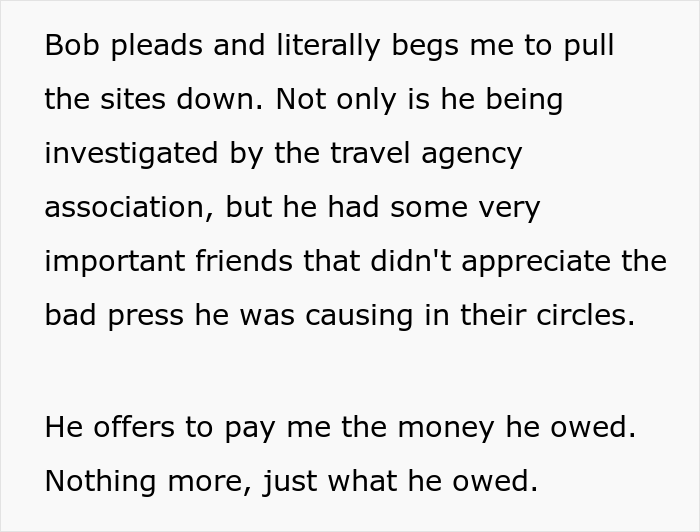 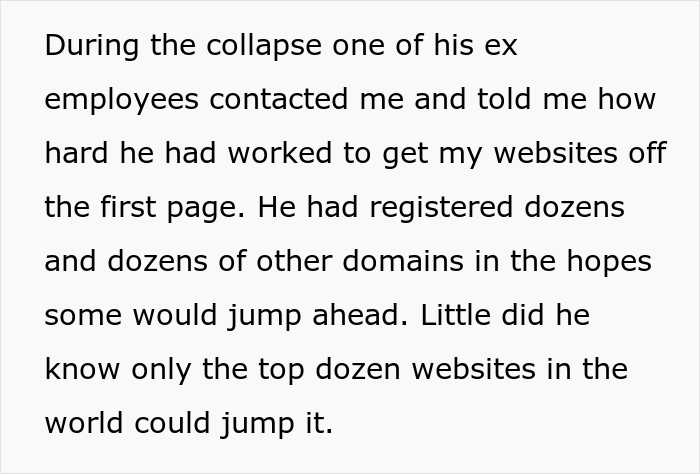 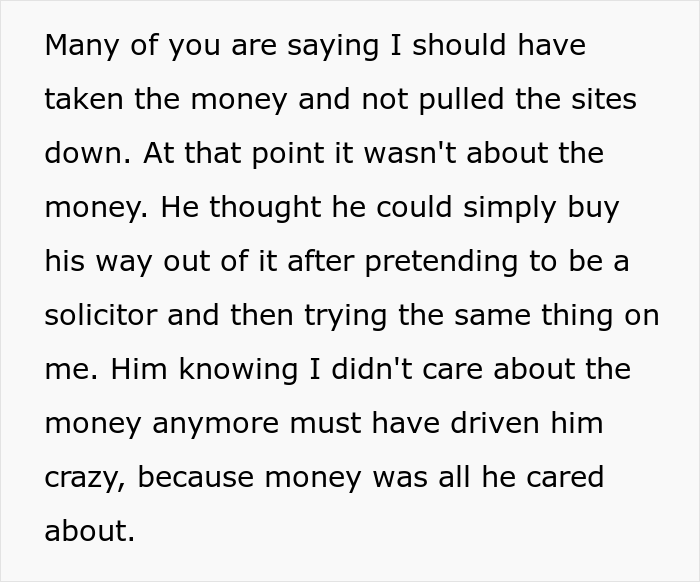 Many people showed their support for the author in the comments 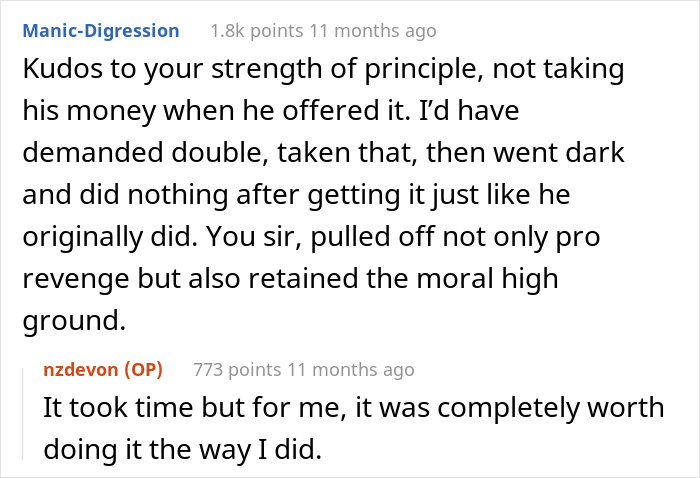 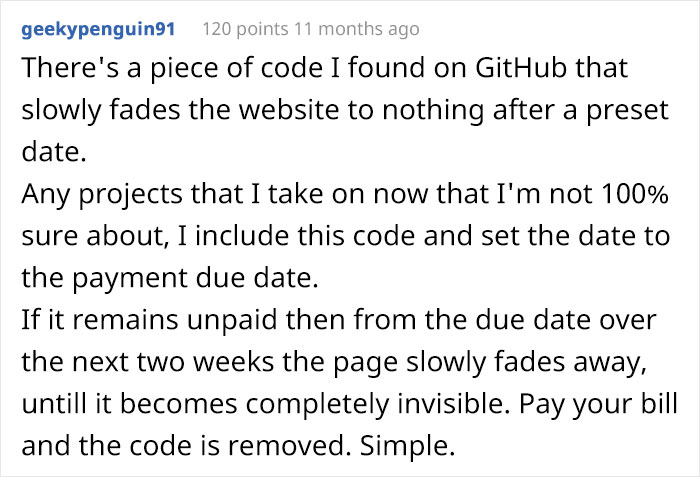 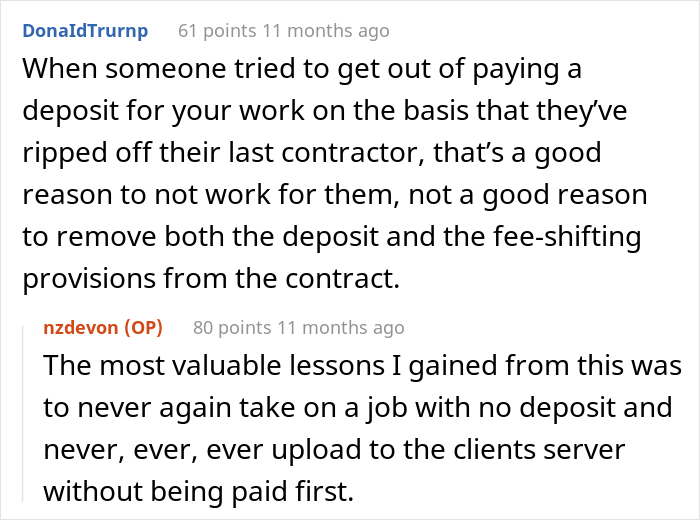 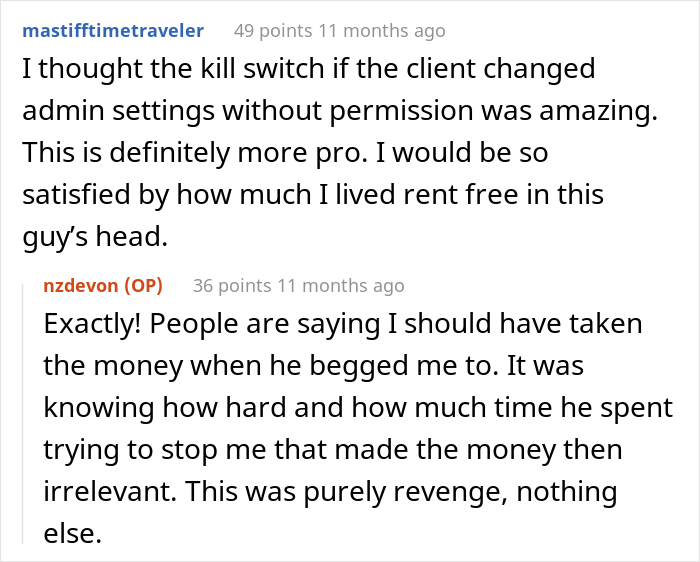 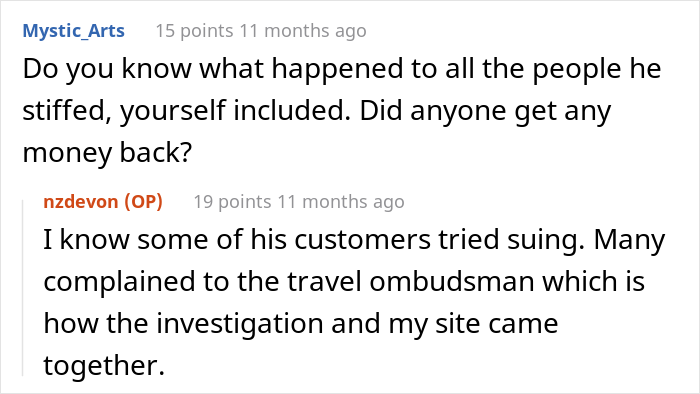 The post “If You Ever Think To Mess With A Developer… Don’t”: Person Explains How He Ruined A Client’s Life After Being Completely Ripped Off With A Project first appeared on Bored Panda.