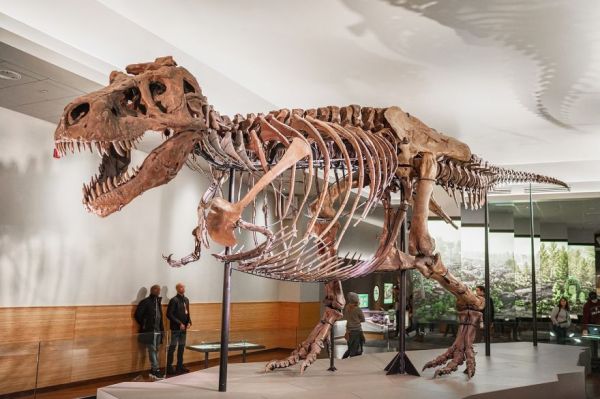 Imagine, if you will, that your seven-year-old has developed an obsession with dinosaurs, and you decide to introduce him or her to the Jurassic Park movies. It only make sense to start with the first film, Jurassic Park, which was released in 1993, based on a 1990 novel. By re-watching the film with your child, you start to realize that we’ve learned a lot about dinosaurs in the past 30 years. Where are their feathers? Your offspring, who has been reading up on the latest dinosaur discoveries, wonders about that, too. But it’s far from the only things Jurassic Park got wrong about dinosaurs, particularly the Tyrannosaurus rex, which is both the main antagonist and the hero of the story. Oops, spoilers. Read about the feathers and three other important misconceptions you may have had about T. rexfrom the original Jurassic Park movie art Cracked. There’s also a bonus video of Mark Bolin and his band T. Rex.