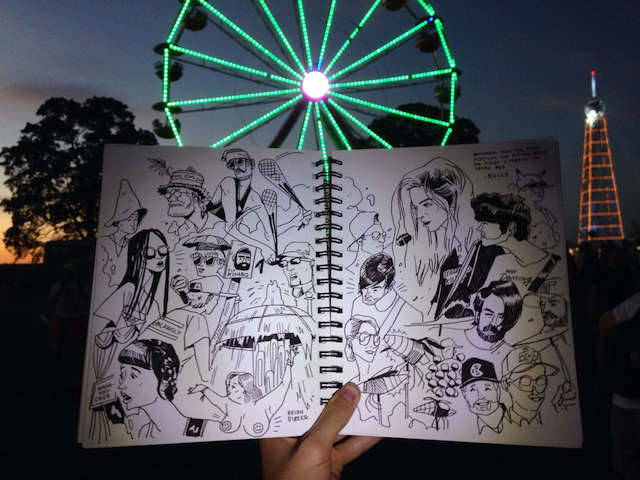 In the middle of a dark, packed venue, with the drums pounding, the bass thumping, and hundreds of audience members snapchatting and instagramming, Brian Butler takes out his sketchbook and draws. He draws the performers: Blink-182 wearing baseball caps and t-shirts, Laura Jane Grace and her guitar, ever-shirtless Iggy Pop. He draws the crowd: girls dancing at an Outkast concert, festival trendsters, teenage boys looking scared. Sometimes he writes bits of dialogue, whether it is overheard or imagined. Sometimes he writes lyrics, like “I’m a loser, baby,” which hovers over a sketch of Beck. Sometimes he draws bits of the city he is in. These sketches have become the collection titled, Show Drawn. 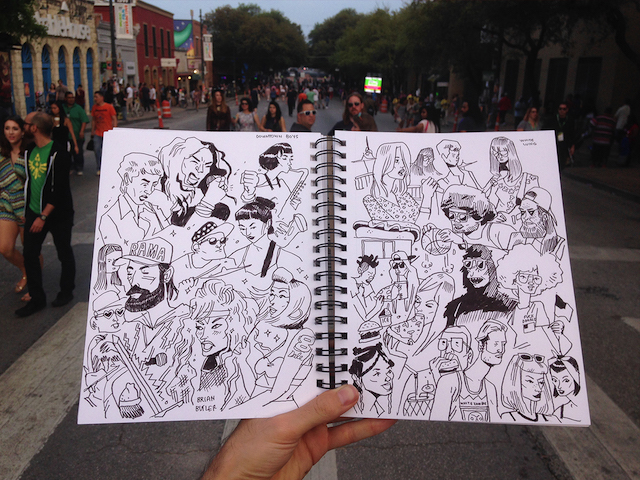 Based in Miami, Butler is a painter, graphic designer, and muralist, among other things. His own music has been featured on a Floridian indie rock album with an environmentalist twist and his artwork was a part of an augmented reality tour of Downtown Miami. His interests in music, characters, and the bizarre can be seen through his work, though the media vary vastly and impressively. 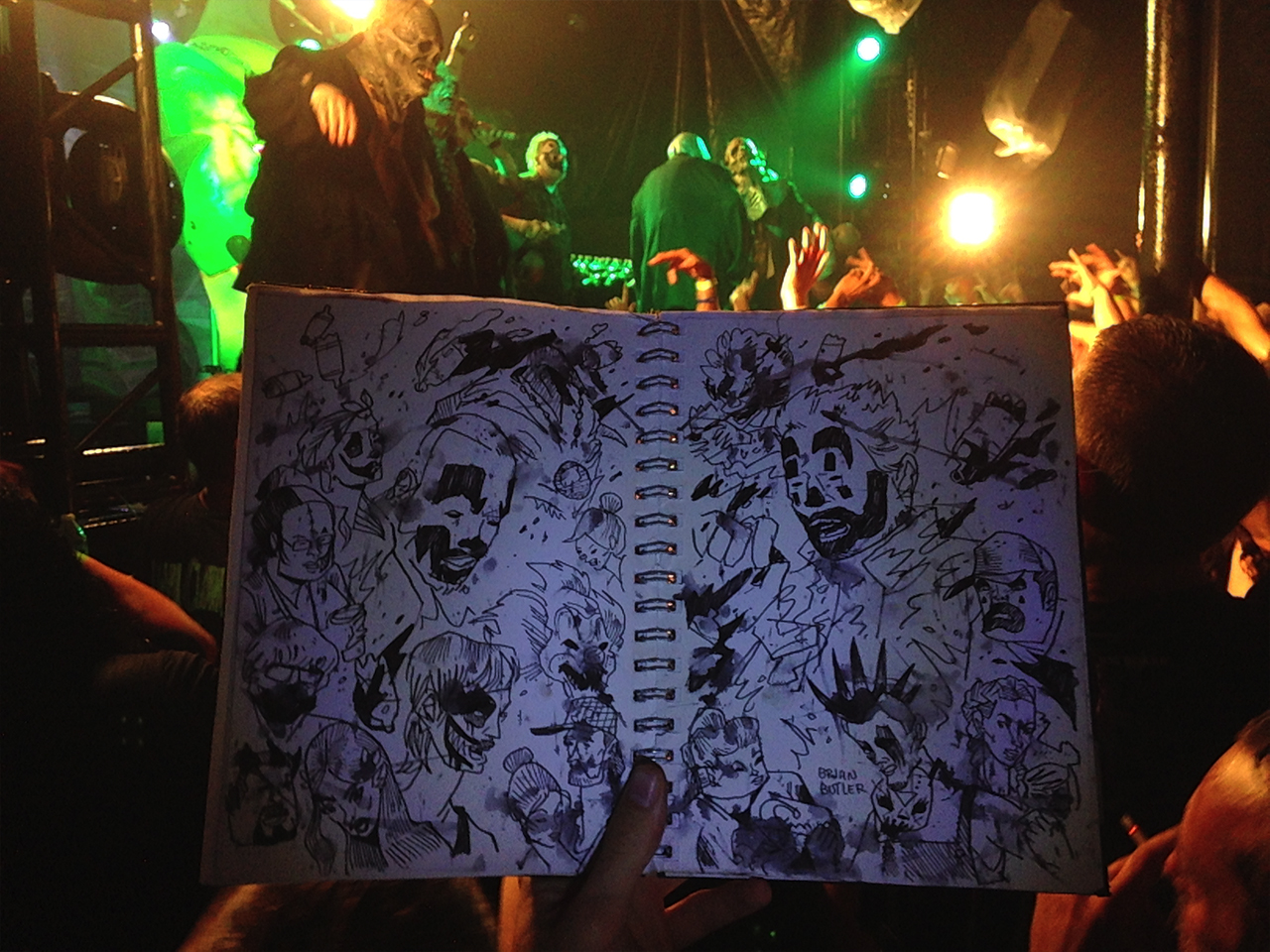 Though he sticks primarily to concerts, Butler has documented events like the Miami Book Fair as well. His knack for combining his immediate impressions of the concert with his previous ideas about the artist, city, or festival, is part of what makes the pieces so intriguing. He records both how people look during precise moments, and other times focuses on how he imagines them in his mind. What is striking about this technique, as well as the series in general, is that in an age where anything and everything is documented, Butler steps back and captures the vibe of the concert in his own authentic way, concretizing his own responses and perceptions in a series of overlapping black lines.

Check out the video below to see Brian’s in-concert process: 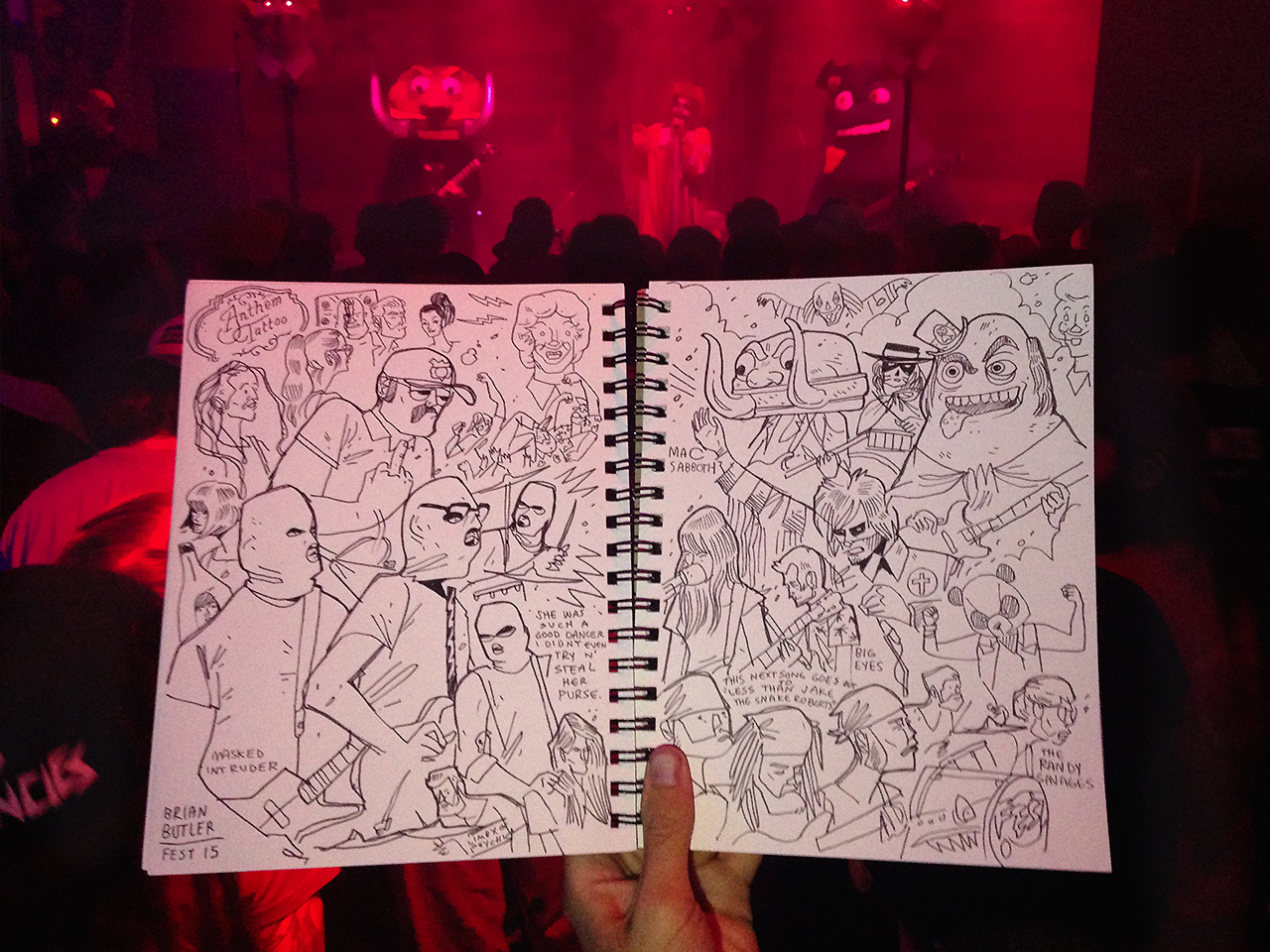 Show Drawn is an ongoing series. Check out more sketches on Tumblr and follow Brian Butler’s other projects here.

Help Miami’s Coral Reefs by Listening to this Album