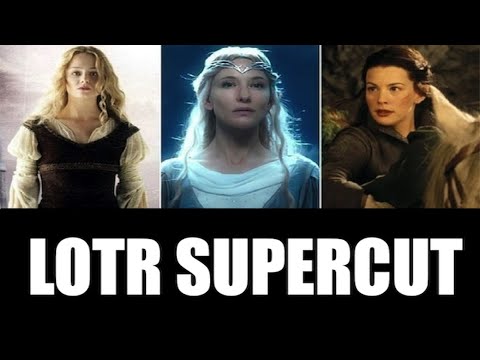 The movies in The Lord of the Rings trilogy total more than 11 hours. It was an awesome story, though, and many of us sat through the whole thing in theaters without an intermission. But does LOTR pass the Bechdel test? To do so, a book or movie must have three things: 1. at least two women 2. who talk to each other 3. about something other than a man. To show that LOTR indeed passes the test, Eight Foot Manchild made a supercut of the scenes in the movie in which women talk to each other. He said he scanned more than 13 hours of footage, which means the extended versions. That’s a lot of work! And I guess that the movie technically passes.

A commenter pointed out there was  there was another scene in which these same two characters, Morwen and Freda, talked as the mother put her child on a horse. Other fans pinpointed a couple of scenes in which a woman says the equivalent of “Hi!’ to each other. I suppose that would make it better. Yet the top discussion at reddit was about the lack of dialogue between Legolas and Frodo. -via reddit