Here’s a great example of designers rethinking an incumbent form factor to improve the UX. While most portable projectors are rectangular, Samsung’s innovative Freestyle takes the form of those cheapie freestanding spotlights that were popular in the ’80s and ’90s. 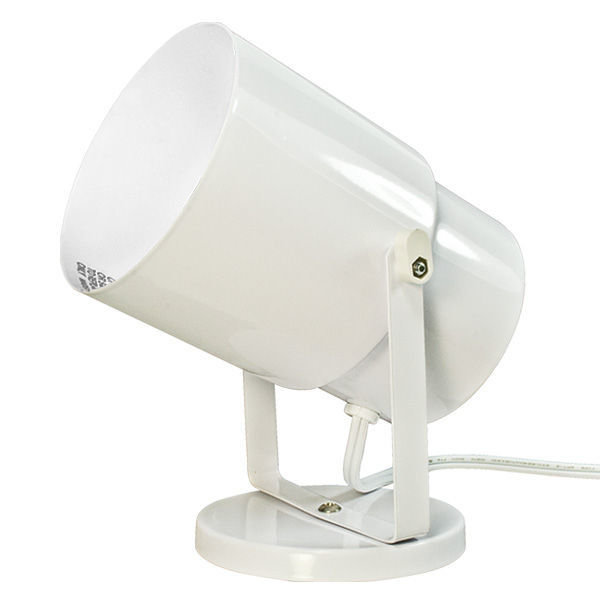 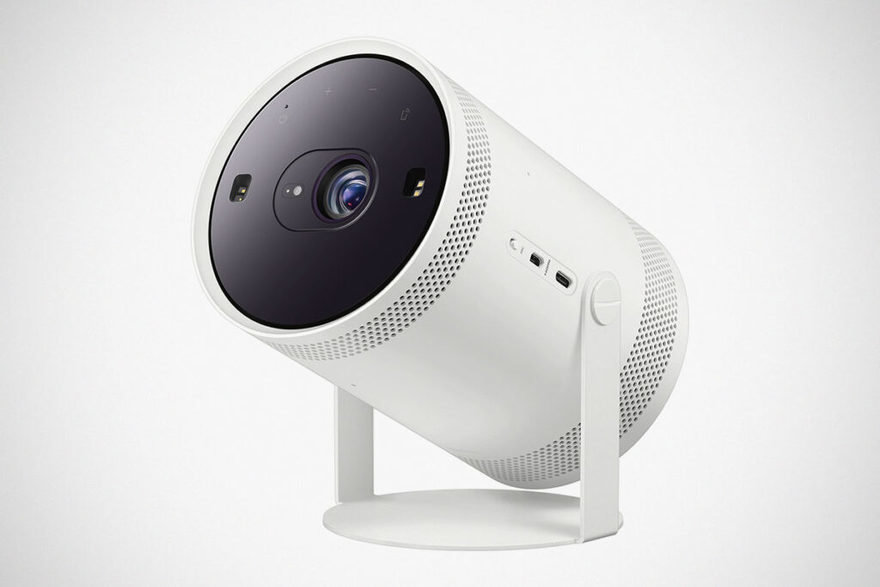 This removes the singular biggest hassle of using a book-style projector, which is adjusting its angle. (My friends and I used to host movie nights and Wii parties with a conventionally-shaped projector, and you always had to grab books of different thicknesses to shim and keystone the thing, depending on where you placed it.) And the Freestyle’s keystoning feature is automatic. 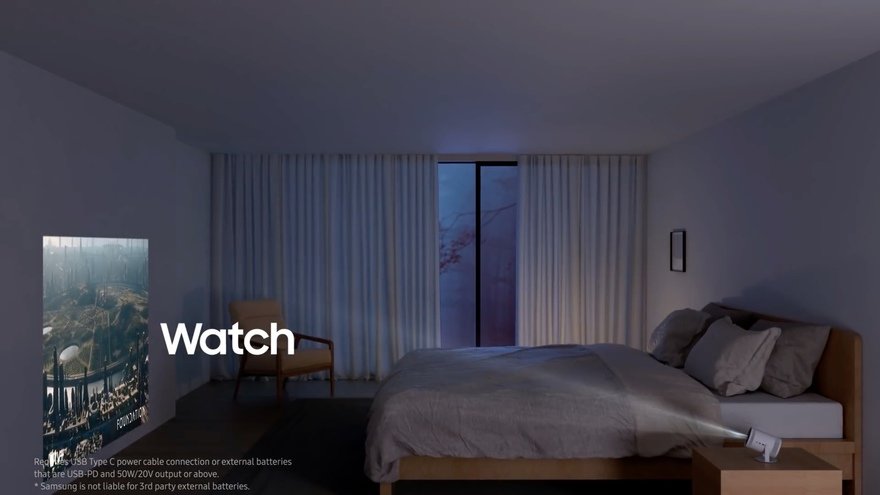 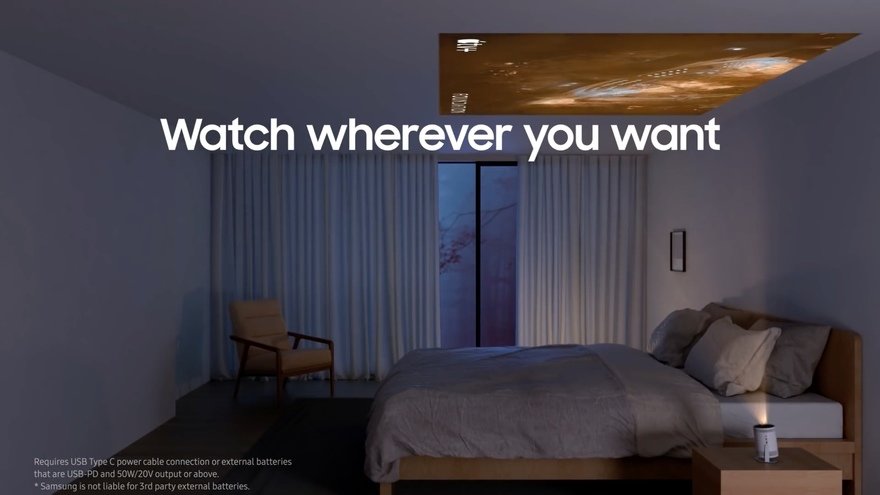 The designers also used technology to improve the UX in another arena: Obviating the need for a screen (which is always a pain to set up) or a white wall. Assuming you’ve got the blank wall space, that wall doesn’t need to be white; the projector can compensate for the color of the wall to normalize the colors of the projection. 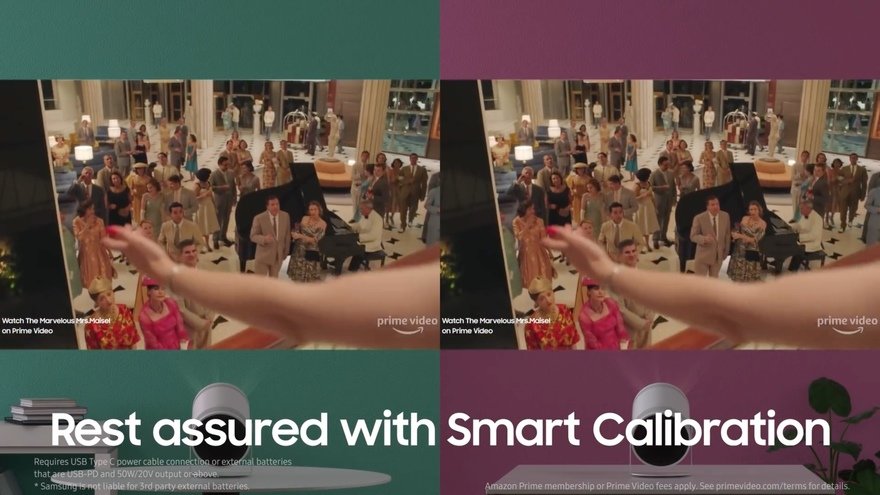 Another technological trick that would come in handy during, say, a Superbowl party, is that the Freestyle can be set to mirror your TV’s content, allowing you to create a second viewing area. 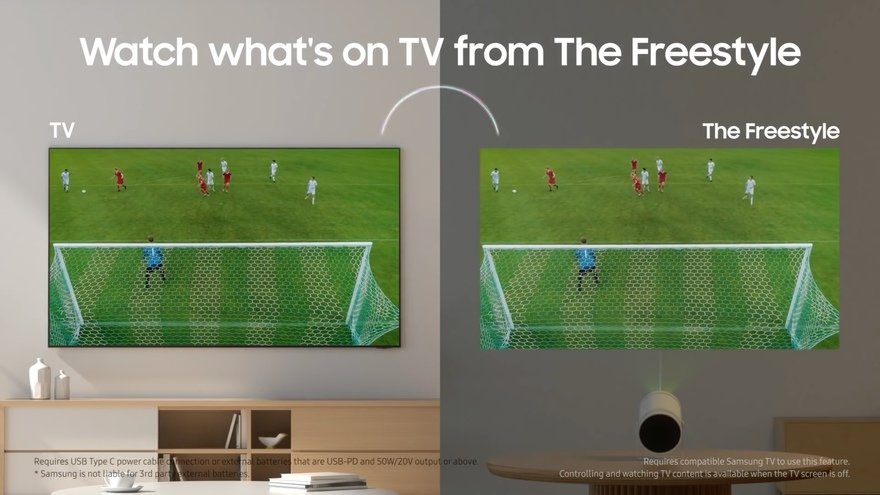 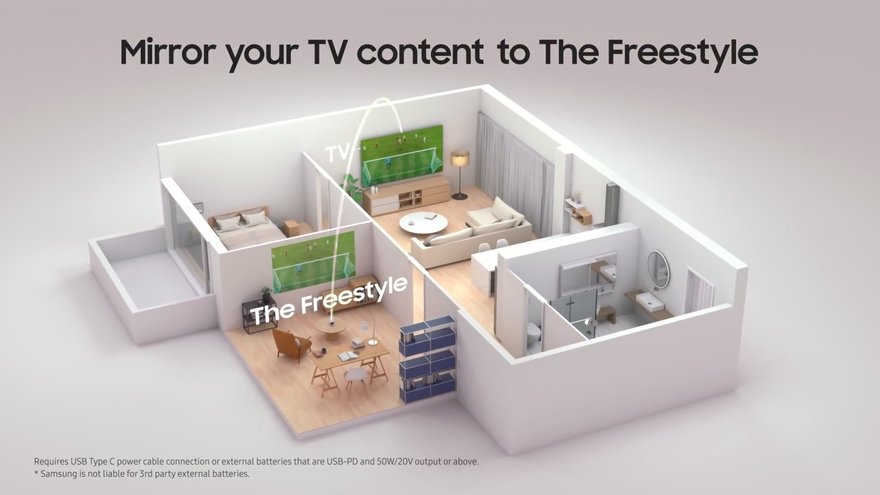 One technological feature I’m iffy on is the included light bulb socket adapter. This allows you to plug the Freestyle into a standard E26 socket, which it can also draw power from. The demonstrated use case is to project an image downwards onto a table. Depending on how far it could keystone the image, I think the ergonomics of that would be weird. 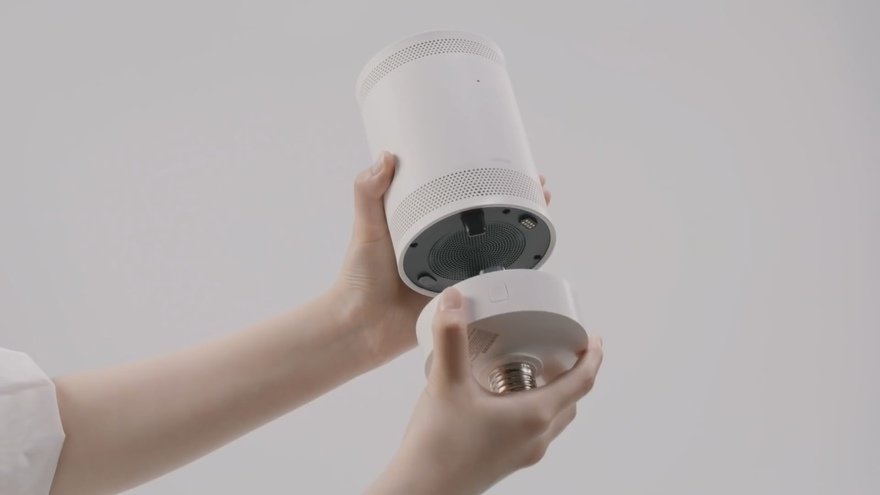 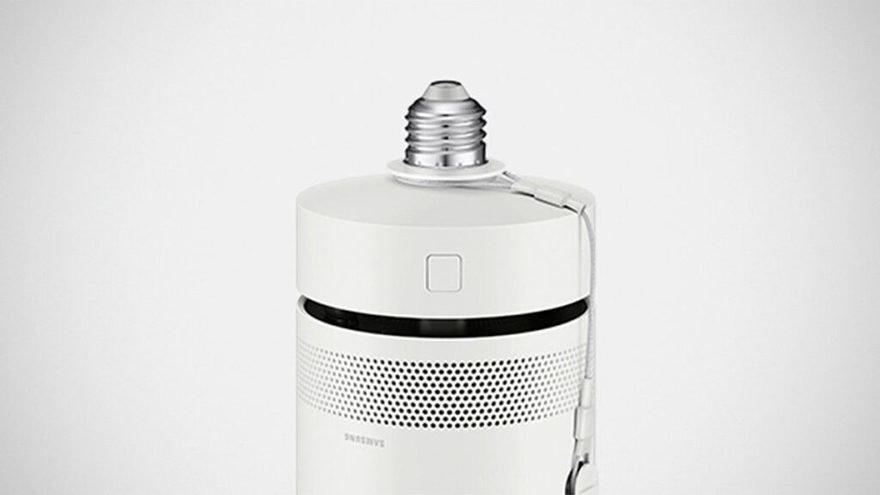 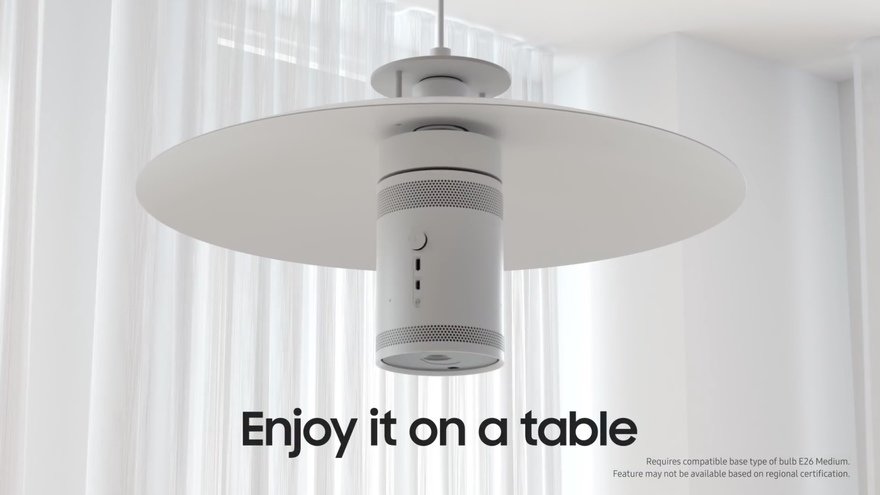 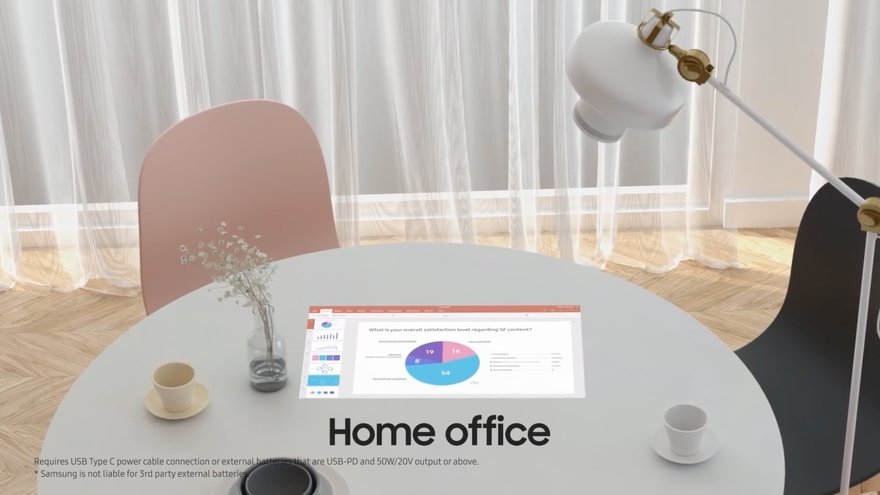 Lastly, the Freestyle also has a built-in 360 speaker, taking advantage of its form factor. (I’m not sure, however, how the acoustics change depending on the angle you’ve got it set at.) 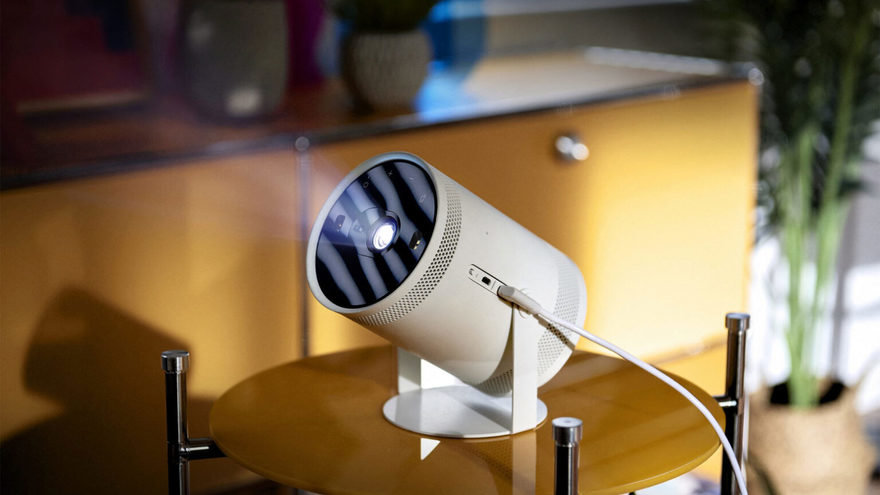 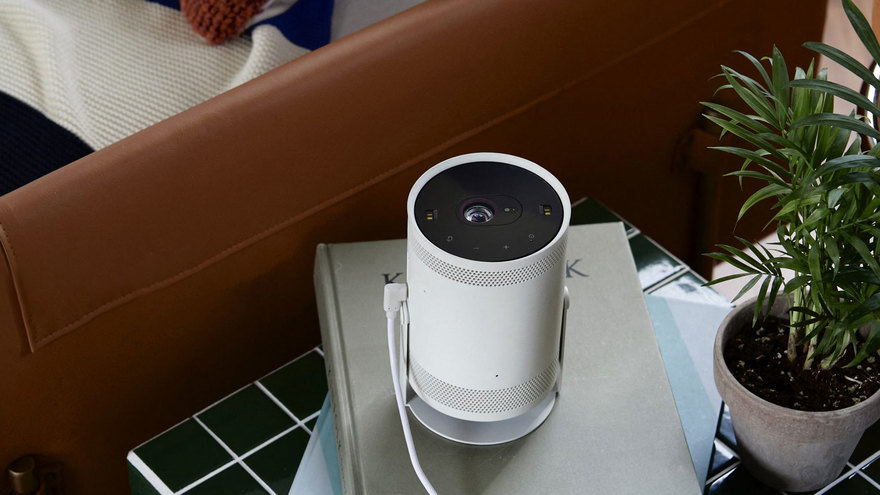 The Freestyle is currently up for pre-order. It’s a bit on the pricey side, ringing in at $900, and is scheduled to ship next month.