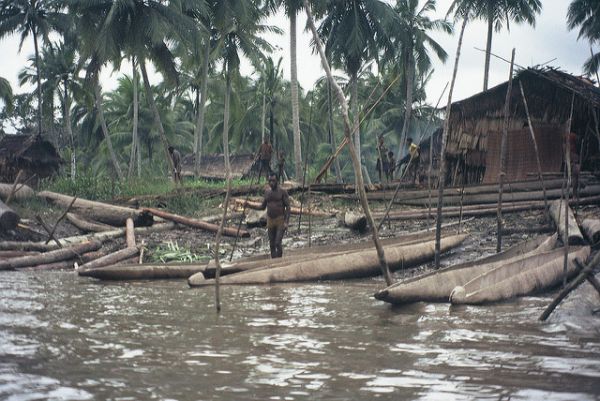 BBC2 is presenting a three-part documentary entitled My Year with the Tribe. One episode has already aired, and now British viewers are looking forward to the other two episodes, wondering where it could possible go from what was revealed already. The premise is that Will Millard went to Western Papua in Indonesia to spend an entire year living with the Korowai people. They are a primitive society that was untouched by the outside world until they were discovered in the 1970s. Millard knew there had been plenty of documentaries made in the years since, and his idea of spending a year in the rain forest was his way of doing something different. But when he traveled to the remote Korowai location, he got the impression that things were not as he expected.

Even so, the penny didn’t really drop until the two men reached their destination, where another Korowai family were sitting naked in a treehouse. Initially, these neighbours gamely tried to pretend this was how they passed an average day. But once they realised that this particular day might go unpaid, the truth started to emerge. ‘This is not our home,’ pointed out a family member. ‘These houses were commissioned by Canadians for filming.’ ‘I was told we should be here with our clothes off,’ added one of the two wives.

Her husband, meanwhile, helpfully laid out the business plan of which this was a crucial part. ‘I lie around until there are guests,’ he told Millard. ‘And then I get naked and they photograph me.’ He also provided a handy price list, ranging from £5 for a basic photo to £50 for the full insect-grub hunt.

Read how Millard’s idea went sideways at The Spectator. -via Metafilter