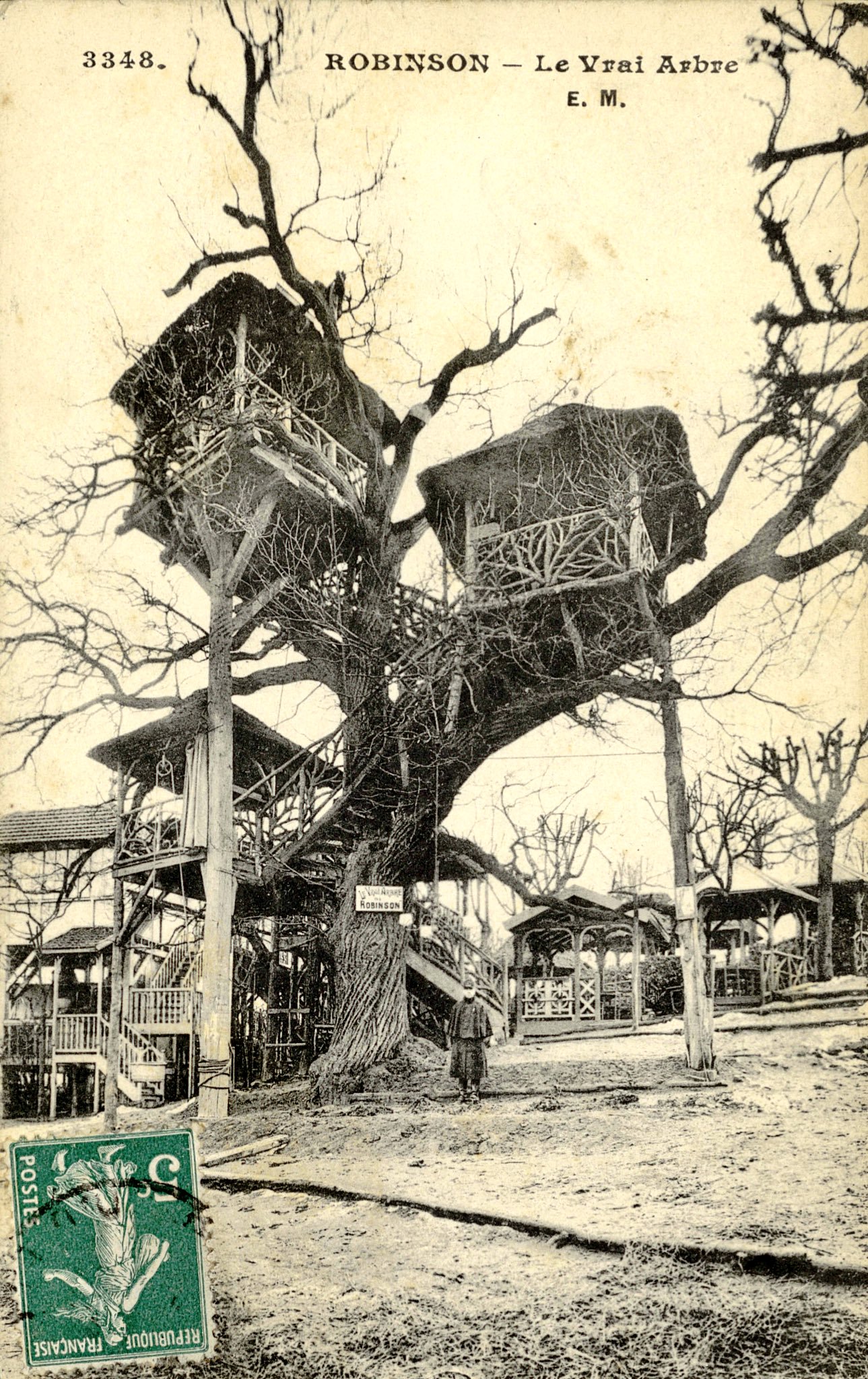 For over a century, Parisians were drawn out of the city and into the neighboring village of Le Plessis-Piquet to experience charming summer evenings among the township’s tall trees. What started as open air dancehalls called “guinguettes,” turned into treehouse cabarets after restaurant proprietor Joseph Gueusquin built Le Grand Robinson in 1848.

Inspired by the treehouse described in The Swiss Family Robinson, the unique establishment hoisted visitors to the top branches of a thick chestnut tree to dine dozens of feet above their fellow revelers. Over the next few decades copycat restaurants began popping up in trees across town, hosting donkey races and building tall tree swings to persuade diners away from their numerous competitors. This crop of new treetop guinguettes forced Gueusquin to rename his lounge “Le Vrai de Arbre Robinson” (The Real Robinson Tree) in 1888, which ensured customers knew they were dining at the original treehouse of Le Plessis-Piquet.

In 1909, after 60 years of booming success with the popular treehouses, the town changed its name to Le Plessis-Robinson. Today none of the Parisian suburb’s treetop bars remain (the last shut its doors in 1976), however the memory of treetop revelry remains in the few forgotten boards tacked to the town’s tall trees. (via Jeroen Apers)