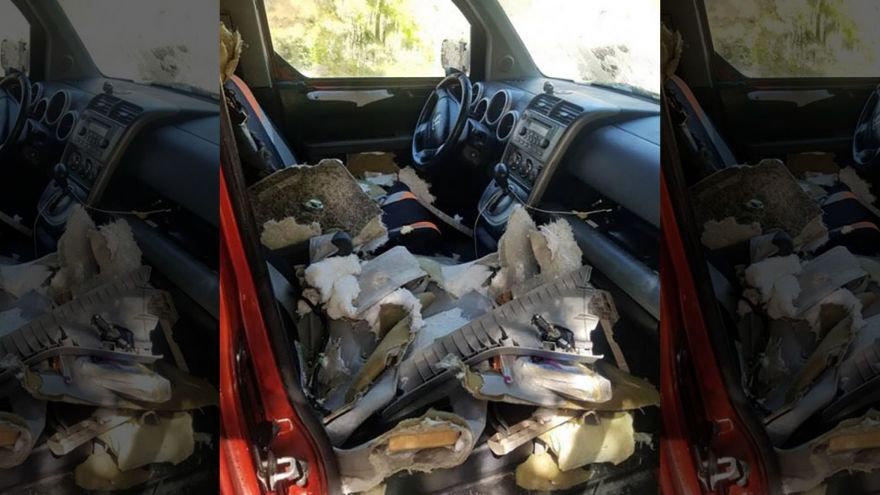 California police warn everyone to keep their car doors locked as a bear welcomed himself in one unlocked car near Lake Tahoe and destroyed the vehicle’s interior.

According to the Placer County Sheriff’s Office, the bear could not go out as easily as it could have went in. It was trapped inside.

According to Sgt. Dave Hunt, they could not open the vehicle from the outside as the bear apparently locked the doors somehow and broke the handles off.

While trapped inside, the bear apparently ripped the seats apart, tore open the glove compartment and pulled down part of the ceiling. The animal also urinated, defecated and spit all over the destroyed interior, police said. The department called the vehicle “a total loss.”

Police were eventually able to open the rear hatch to let the bear escape, FOX40 reported.

Rating In California: Bear Goes Inside Unlocked Car and Wreaks Havoc In It is 5.0 / 5 Votes: 2
Please wait...
Loading...
Related articles