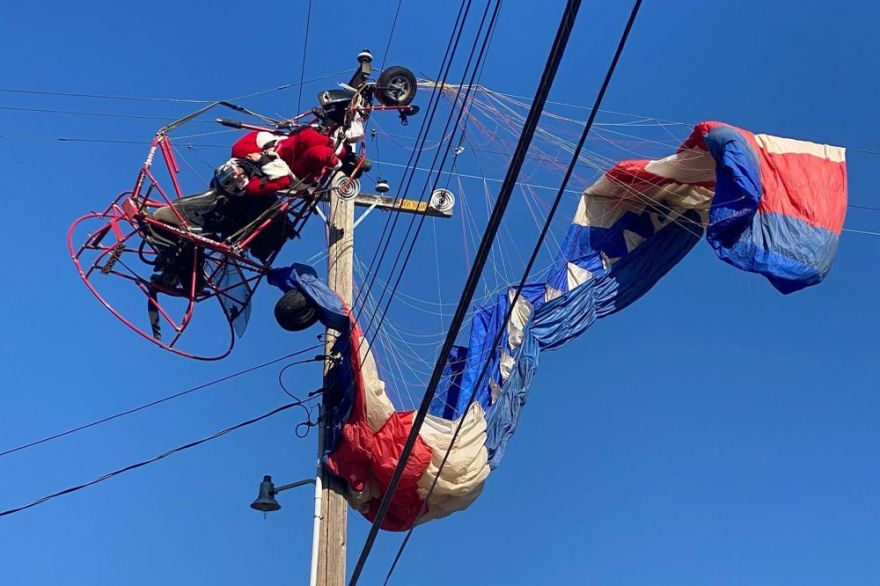 After taking off on his powered parachute near a school in Rio Linda, California to deliver candy canes to children in his community, a man dressed up as Santa found himself in a maze of power lines and ended up being suspended in them. Thankfully, the man was not injured.

Video from the rescue shows the red-white-and-blue aircraft dangling overhead as Santa sat fastened to the pilot seat.

Neighbors watched from the ground as crews worked.

“He flies just around so people can see and flies around people’s houses,” she said. “This was the first time he was in his Santa suit.”

“W/o a scratch & full of good cheer we made sure Old St. Nick will use his reindeer when he sees you later this year,” the fire department said in a tweet after the incident.

I guess Santa has better watch out, too.