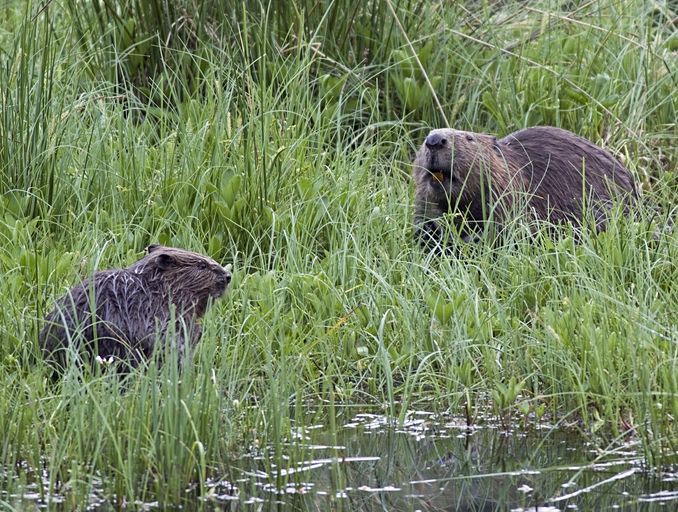 In 2008, locals were surprised to find a group of beavers on their River Otter. These creatures were said to have died out in the country around 1550 because of hunting. But instead of relocating the beavers, the Devon Wildlife Trust decided to observe the beaver population “to see how it would interact with the local environment.”

The beaver group currently living on the River Otter likely originated with either an accidental or unauthorized release. When local authorities discovered the beavers were breeding in 2014, they intended to relocate them to protect the local ecosystem. The Devon Wildlife Trust proposed an alternative: Allow the population to live on the river undisturbed for five years, and only remove them if they were proven to cause harm by the end of the trial.

Unsurprisingly, the beaver group did not cause harm in the local environment. Even better, they also made the area better than before.

The population, which now consists of 15 family groups, constructed 28 dams throughout the river system. These dams helped slow water flow during floods and contained water during droughts that would normally dry up riverbeds. The beaver-engineered habitat also allowed an increase in the number of water voles, fish, and amphibians.

When the trial officially ends on August 31, the beavers will become permanent residents of Devon in the eyes of the government.

This is good news indeed!