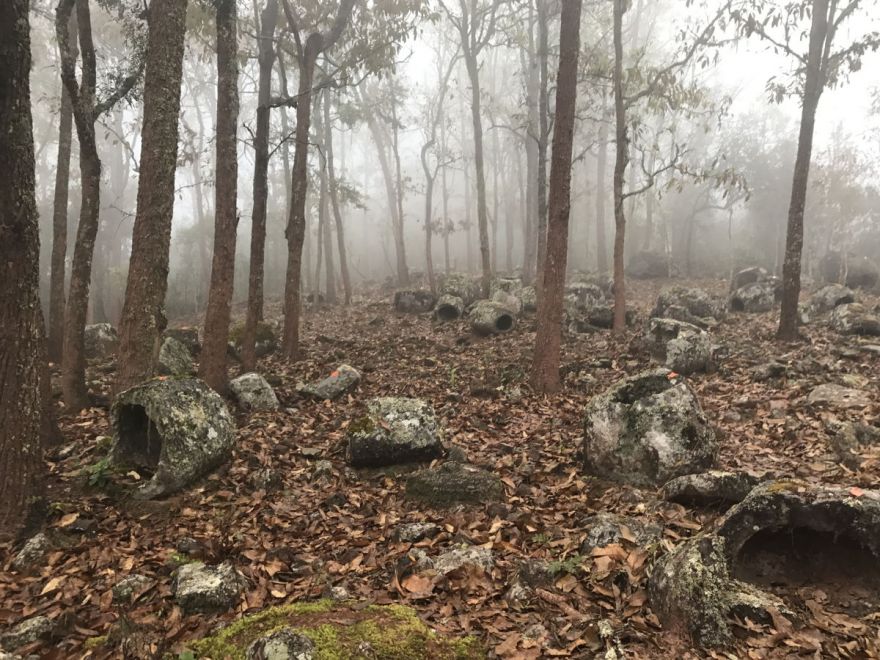 Fifteen new sites in Laos that contained over a hundred 1000-year old stone jars have been found by archaeologists from Australian National University (ANU). These mysterious stone jars are presumed to have been used for the dead.

The jars of Laos are one of archaeology’s enduring mysteries. Experts believe they were related to disposal of the dead, but nothing is known about the jars’ original purpose and the people who brought them there.

The new finds show the distribution of the jars was more widespread than previously thought and could unlock the secrets surrounding their origin.

The sites, deep in remote and mountainous forest and containing 137 jars, were identified by ANU PhD student Nicholas Skopal with officials from the Lao government.

“These new sites have really only been visited by the occasional tiger hunter. Now we’ve rediscovered them, we’re hoping to build a clear picture about this culture and how it disposed of its dead,” said Mr Skopal.

ANU archaeologist Dr Dougald O’Reilly co-led the team that made the discovery. He said the new sites show the ancient burial practices involving the jars were “more widespread than previously thought”.