Music may transcend borders but, in an oppressive place like Soviet Russia, it was easier said than done. First, music had to be smuggled across borders and dispersed without its carriers getting caught. The morbid artifacts of this underground enterprise are now on display at an exhibition in Moscow called Bone Music.

From the late 1940s to the early 1960s, a subculture of young music lovers devised a way to sneak forbidden music around Soviet Russia by writing it directly onto old X-ray films. Adorned with images of skulls and bones, the discs were given names like “ribs” and roentgenizdat, and held within their grooves the sounds of Elvis Presley and Louis Armstrong.

During Stalin’s rule and for decades following World War II, the Communist Party clamped down on outside influences, particularly those associated with principles celebrated in the West. Music was a top concern for the regime, so entire genres and artists were banned. Blatnaya pesnya, or “criminal songs,” depicted the dark side of Soviet life, and had no place in the Party’s system. White Russian émigré’s like Pyotr Leshchenko were seen as traitors for not returning to the motherland and their songs were subsequently outlawed. And then there were Western sounds—tantamount to propaganda.

“Jazz and rock ‘n’ roll were obviously censored because they were Western,” British musician Stephen Coates tells Creators. “But a big chunk, probably most of it, was Russian music that was forbidden.” Coates recently helped revitalized roentgenizdat after discovering a circular X-ray at a flea market in Saint Petersburg. The musician asked his Russian friends what it was, but they had no clue what he’d found. The seller even acted shady when Coates inquired more about it, but he purchased it anyway, brought the disc back to London, and eventually discovered it played Bill Haley’s “Rock Around the Clock.” “I was intrigued,” he says, “and did more digging.” 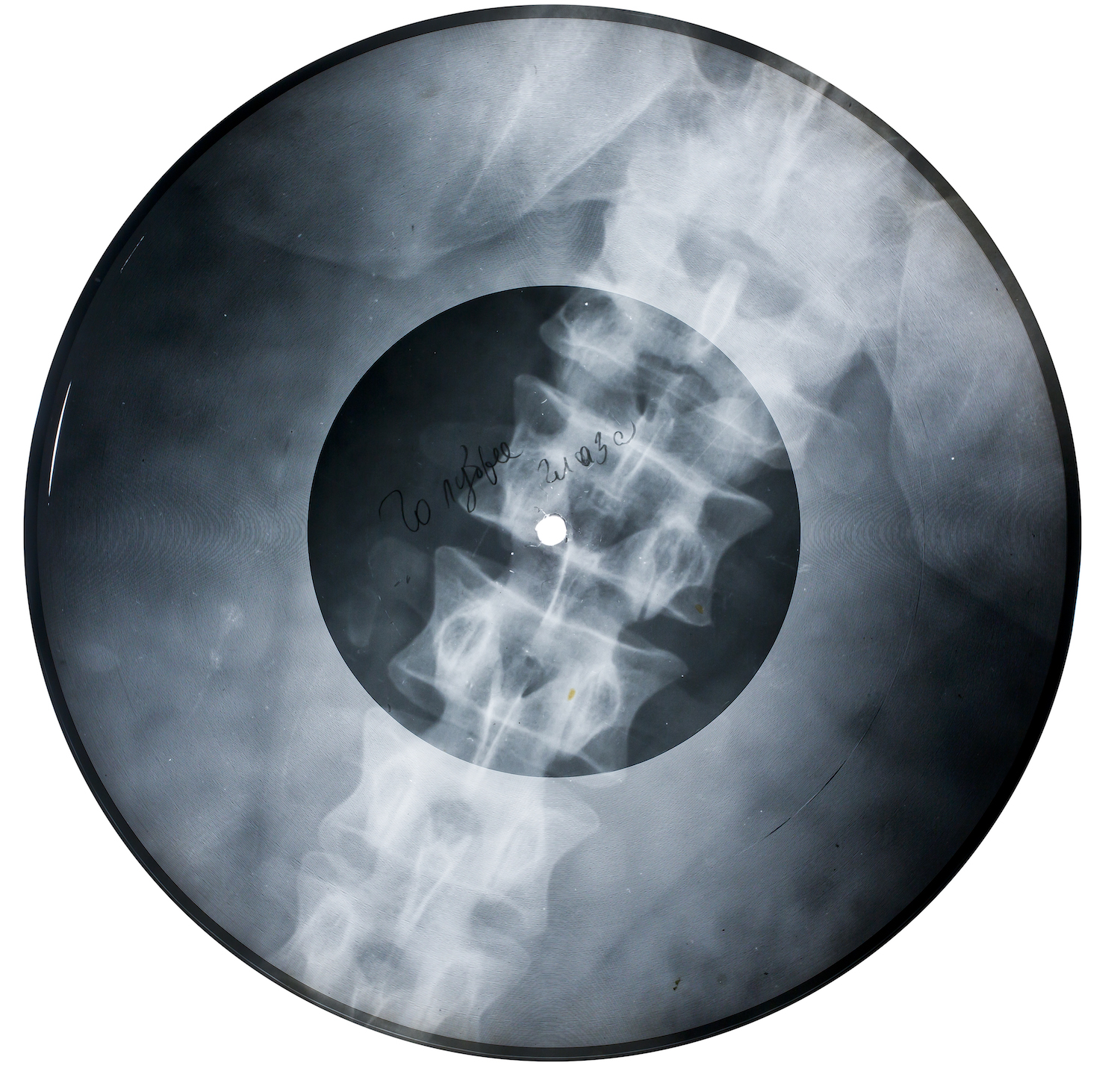 Coates found some information about the discs online and was eventually introduced to a Russian academic, who turned him onto The Golden Dog Gang, two young music lovers named Ruslan Bogoslowski and Boris Taigin who secretly used a record duplication machine to etch songs by the likes of Ella Fitzgerald and The Beatles onto discarded X-rays. 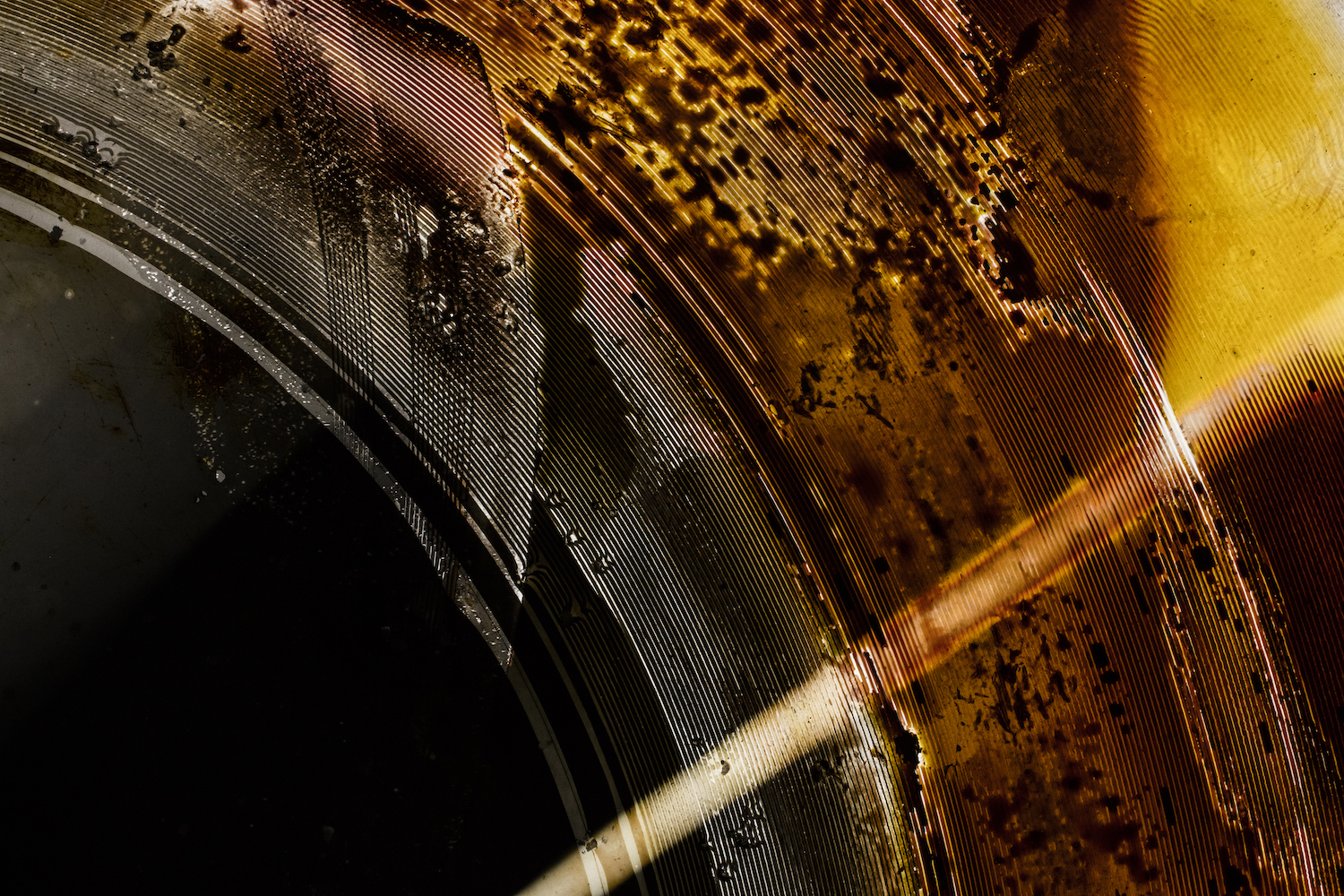 X-rays proved to be an suitable medium. They were cheaply and easily (albeit illegally) acquired from local hospitals that were required to throw out the flammable sheets. They took the groove relatively well, though nowhere near as well as vinyl—some X-ray discs apparently sound like listening to music through sand—and they were easy to fold into a shirt sleeve of pocket for a quick transaction. The X-rays were also stunningly beautiful. 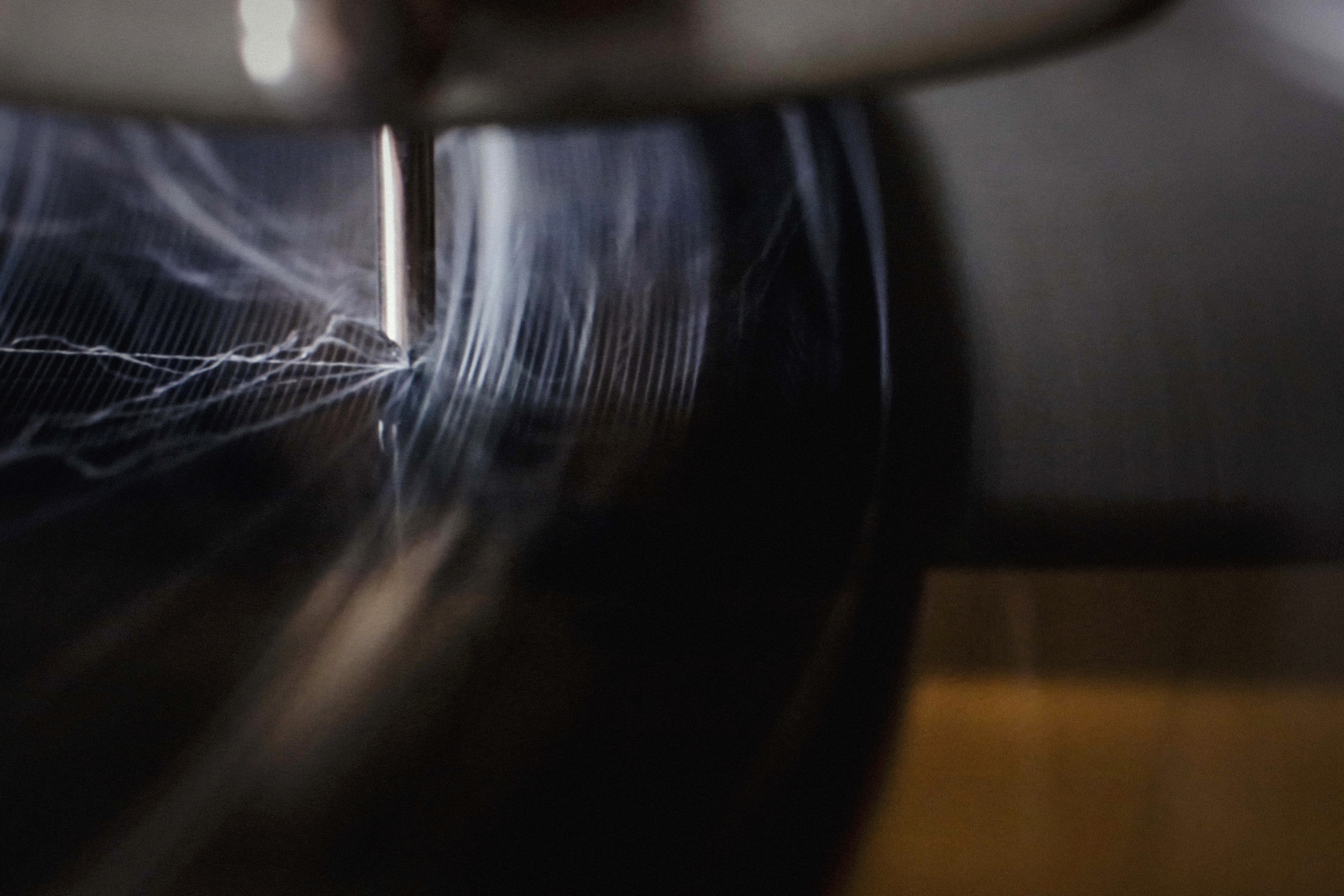 The Golden Dog Gang were caught selling the discs in 1950 and were thrown into the gulag until Stalin’s death in 1953. When they got out, they got back to work, this time making more elaborately designed discs, until they were caught again and sent back to the prison for a few more years. Coates has since connected with some of the bootleggers, producing a documentary and book on the topic. 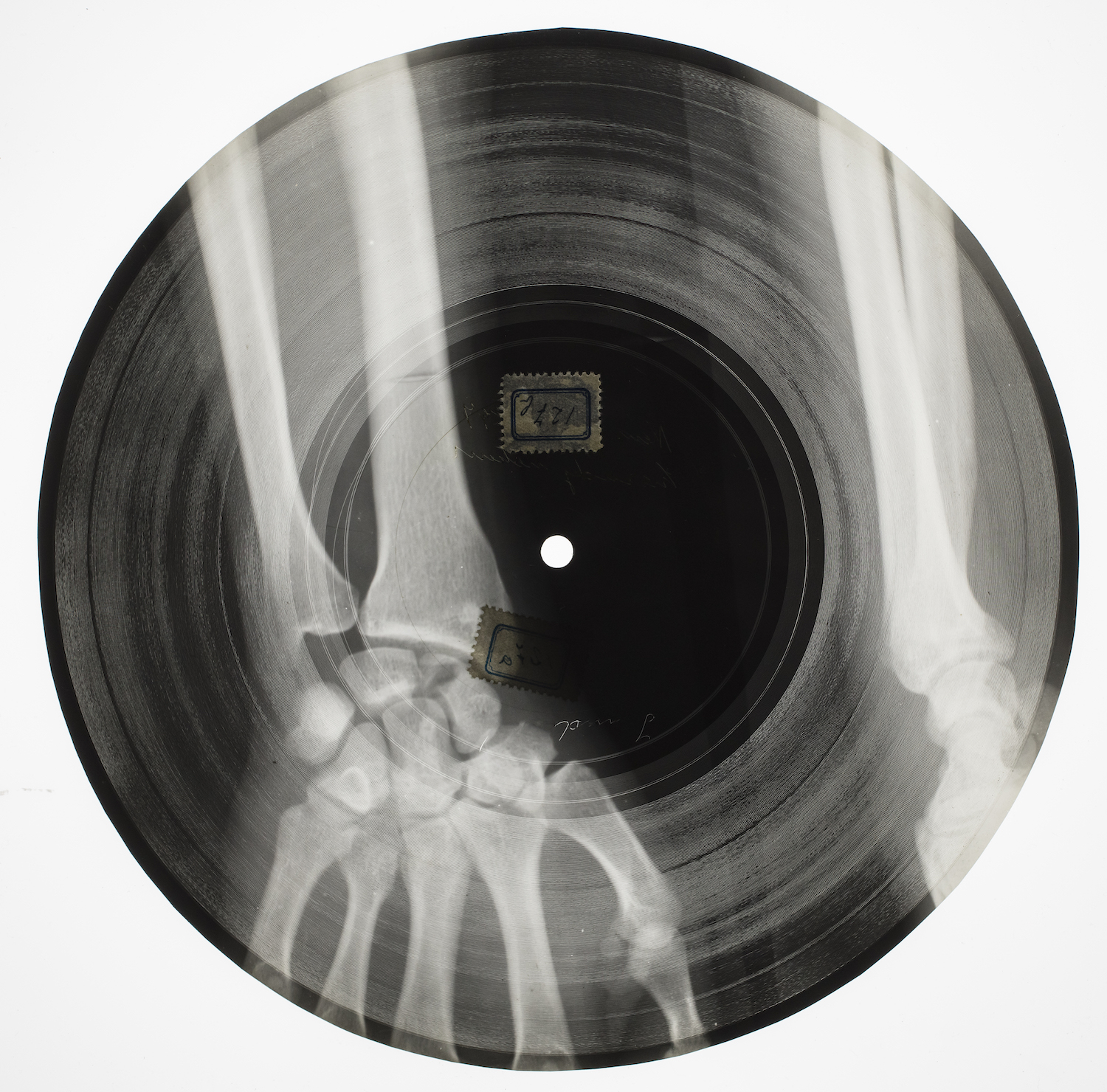 He’s also captured and compiled the products of their rebellious determination in the X-Ray Audio Project, which will be on display at the Garage Museum of Contemporary Art in Moscow from August 15 to October 5.

See more about the Bone Music exhibition at the Garage website and follow the X-Ray Audio Project here.