Even at the tender age of 18-years-old, freelance illustrator Debangshu Moulik has an unusually strong visual style and sense of storytelling. The teenager’s visual prowess is on full display in his recently completed comic zine Old Shirt. Set in Pune, India, 75 miles outside of Mumbai, the zine is an allegory about human friendship told through the life cycle of t-shirts. The imagery, which is at times surreal and cartoonish, plays with scale and proportion but still seems unfailingly human. Despite his artistic maturity, Moulik is incredibly modest about his creation in the zine’s opening pages.

“This book is an experiment,” he writes. “I have never really made anything like this before. I don’t know if it’s good or bad, but it’s a project I finished and I’m proud of the fact I did. I had a lot of fun making this, and I hope you have fun reading it. And thank you, for taking some time out of your busy life to read it.” 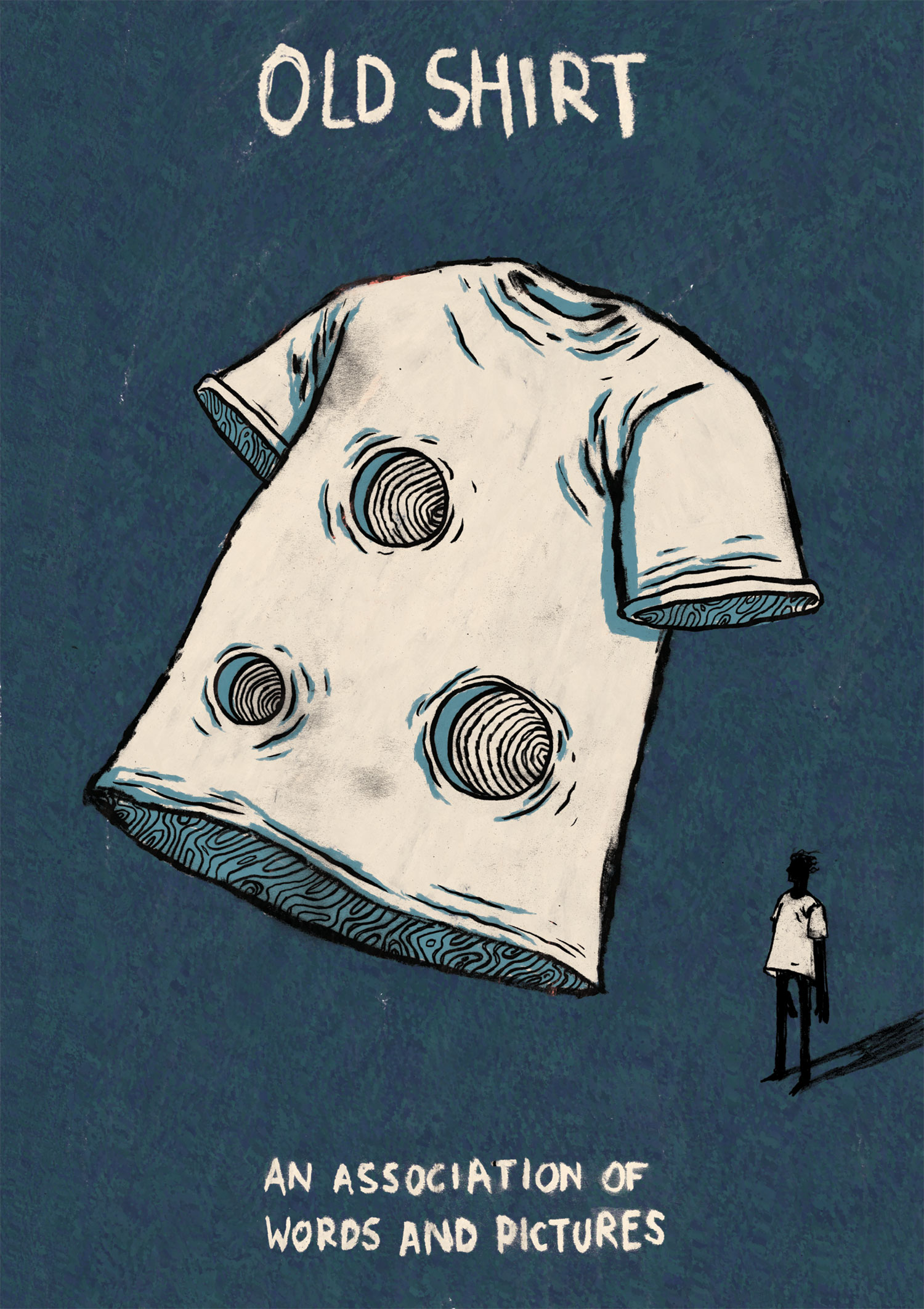 All images courtesy the artist

Moulik tells Creators that the zine grew out of a conversation he had with a friend—about how t-shirts are far more comfortable once they have become old and worn out. The two agreed that one grows into a friendship the way a person grows into a piece of reliable clothing, like a t-shirt.

“Later on, as I thought more about the conversation, I realized that in some way our interaction with the people around us tends to follow a similar pattern,” Moulik says. “And around that time I was reading a lot of local and international zines and observed that they were an extremely efficient way of storytelling. So I decided to go ahead and make my own.” 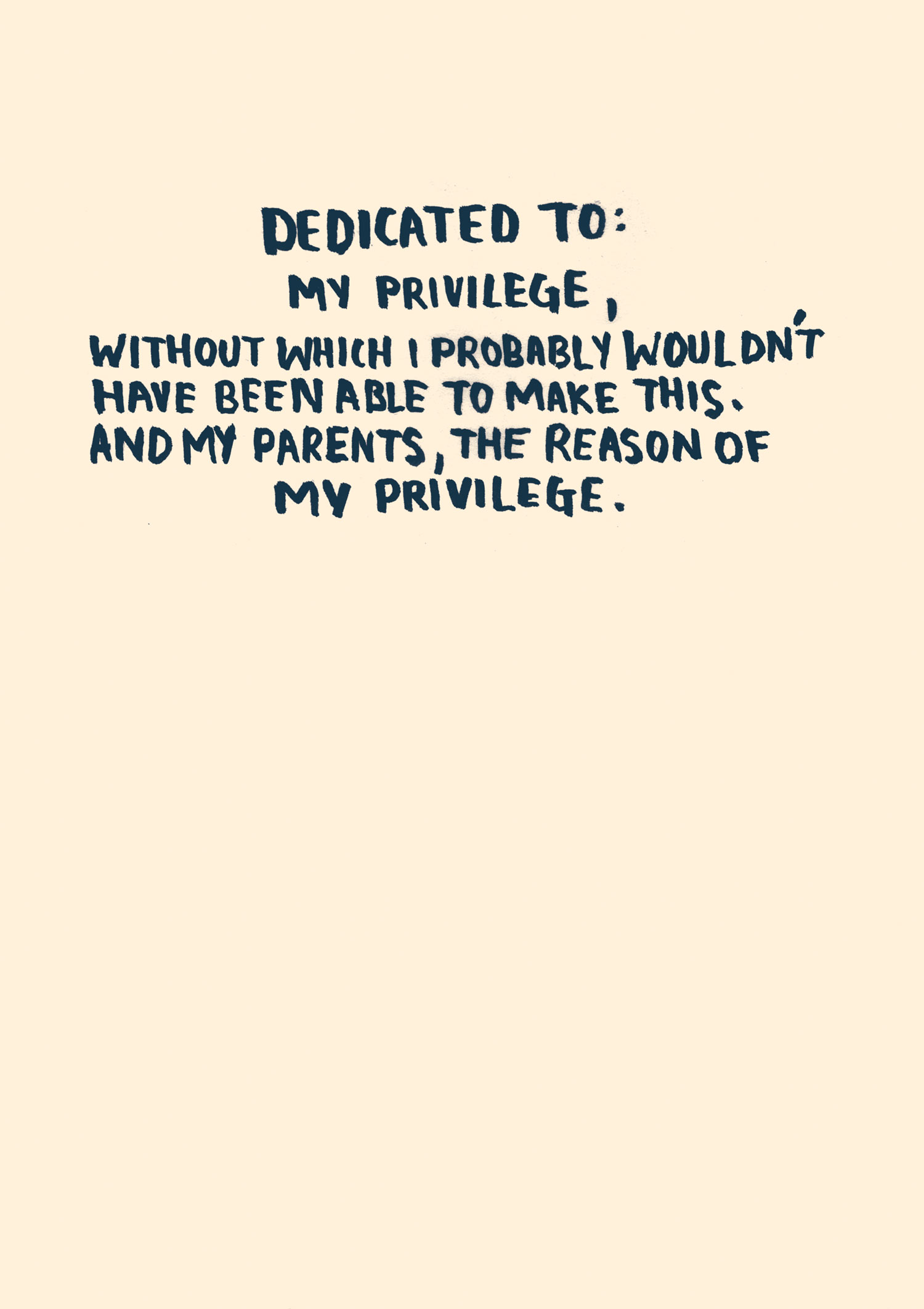 Moulik wanted the zine’s visuals to be very rough and raw, with materials selected in order to represent these visual aspects. To that end, he drew on cheap printer paper and inked it traditionally using brushes, India inks, charcoal sticks, dry pastels, and graphite.

“In order to maintain the raw and crude feeling of the zine, I let the accidental smudges over the graphite and charcoal areas be, in order to bring an energy into the visuals, which could be only brought about through accidents,” he explains. “For coloring the zine, I tried to use a very limited color palette which reflected the overall mood of the visuals. I colored it digitally in photoshop using a Wacom tablet and imported scanned textures. All the lettering in the zine was also hand-lettered using a pencil and later scanning it in.”

Though this is his first zine, Moulik clearly gels with the medium. Currently, he is at work on a painting degree in Pune, and he plans to work on his next zine during his summer vacation. 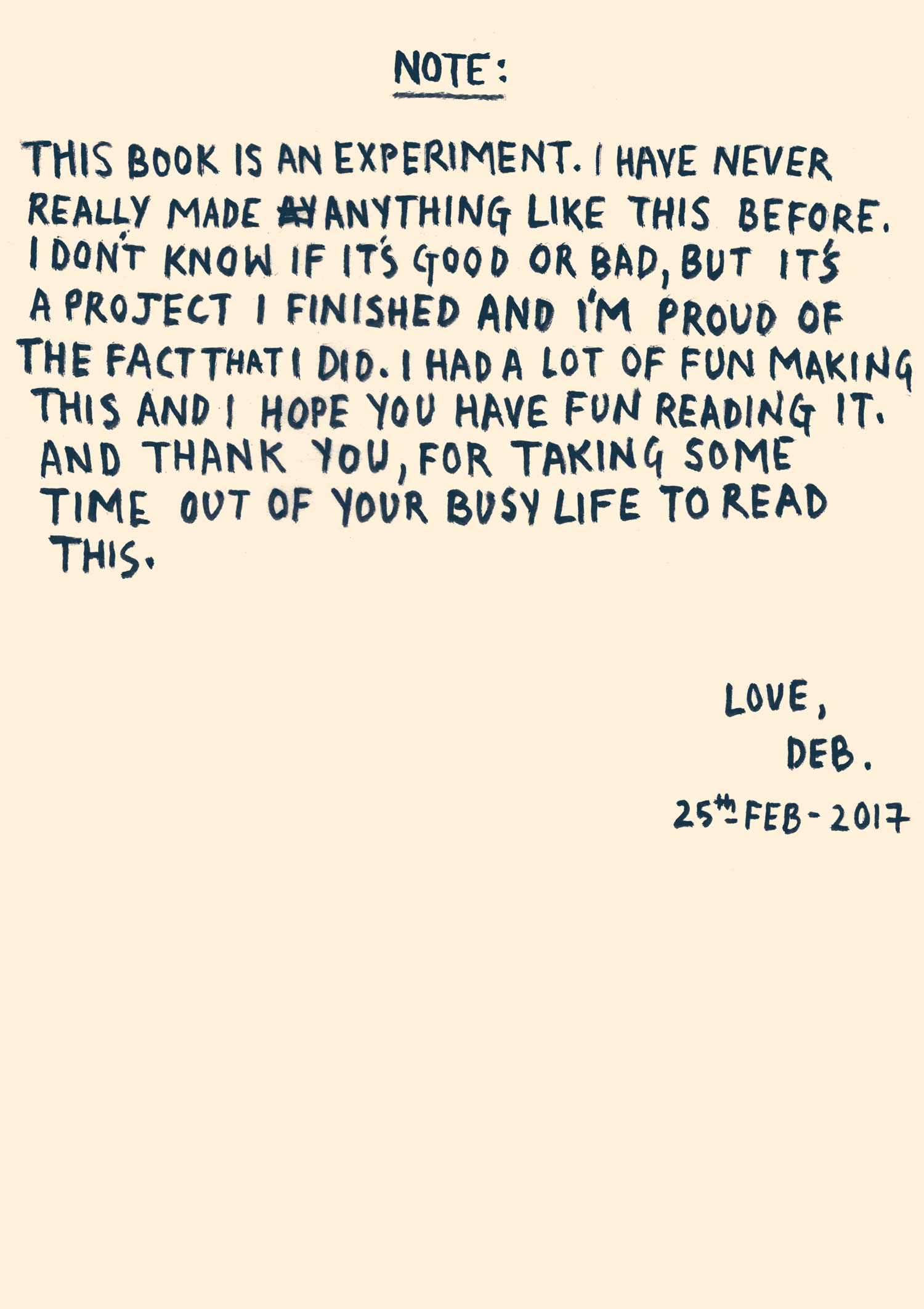 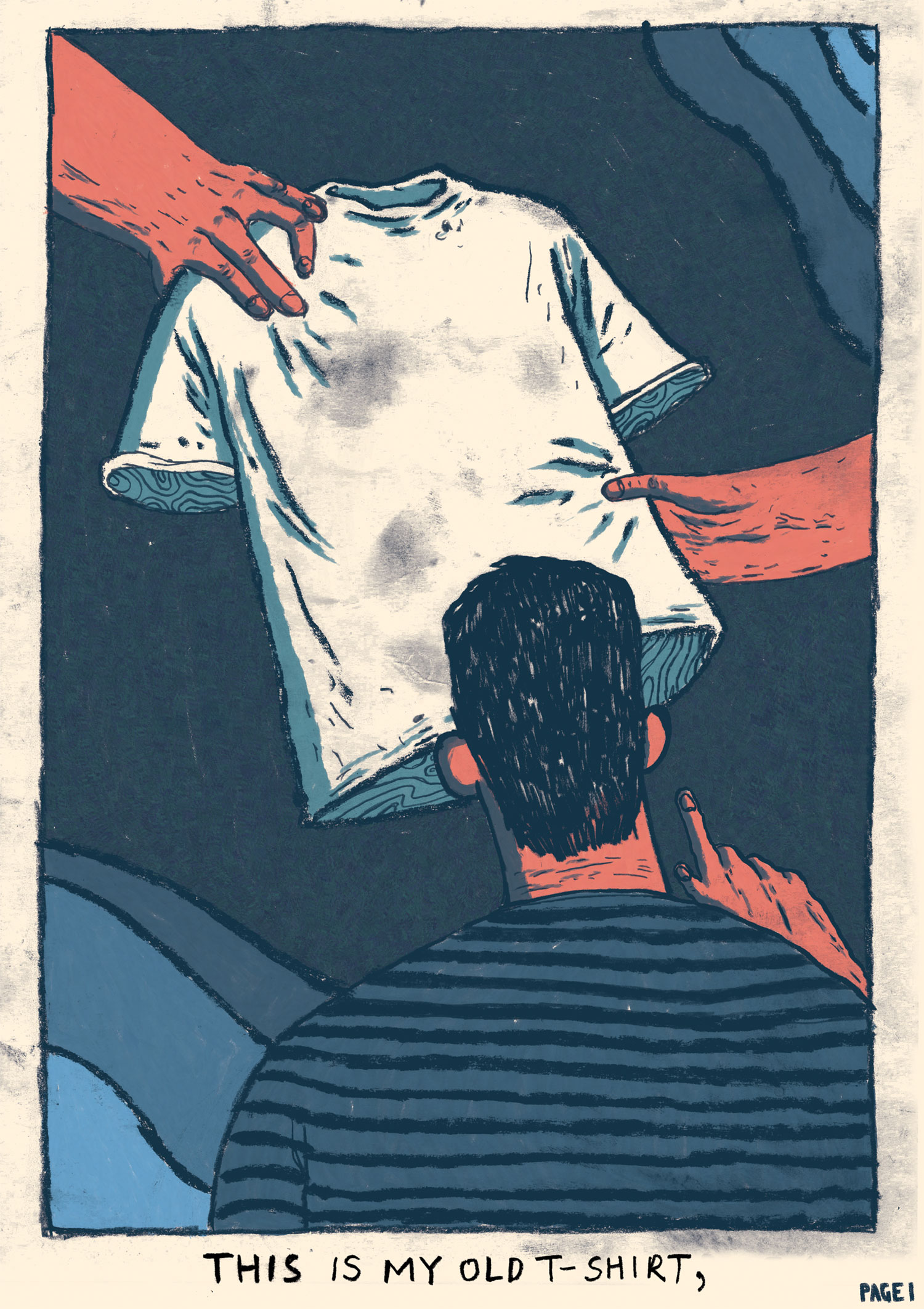 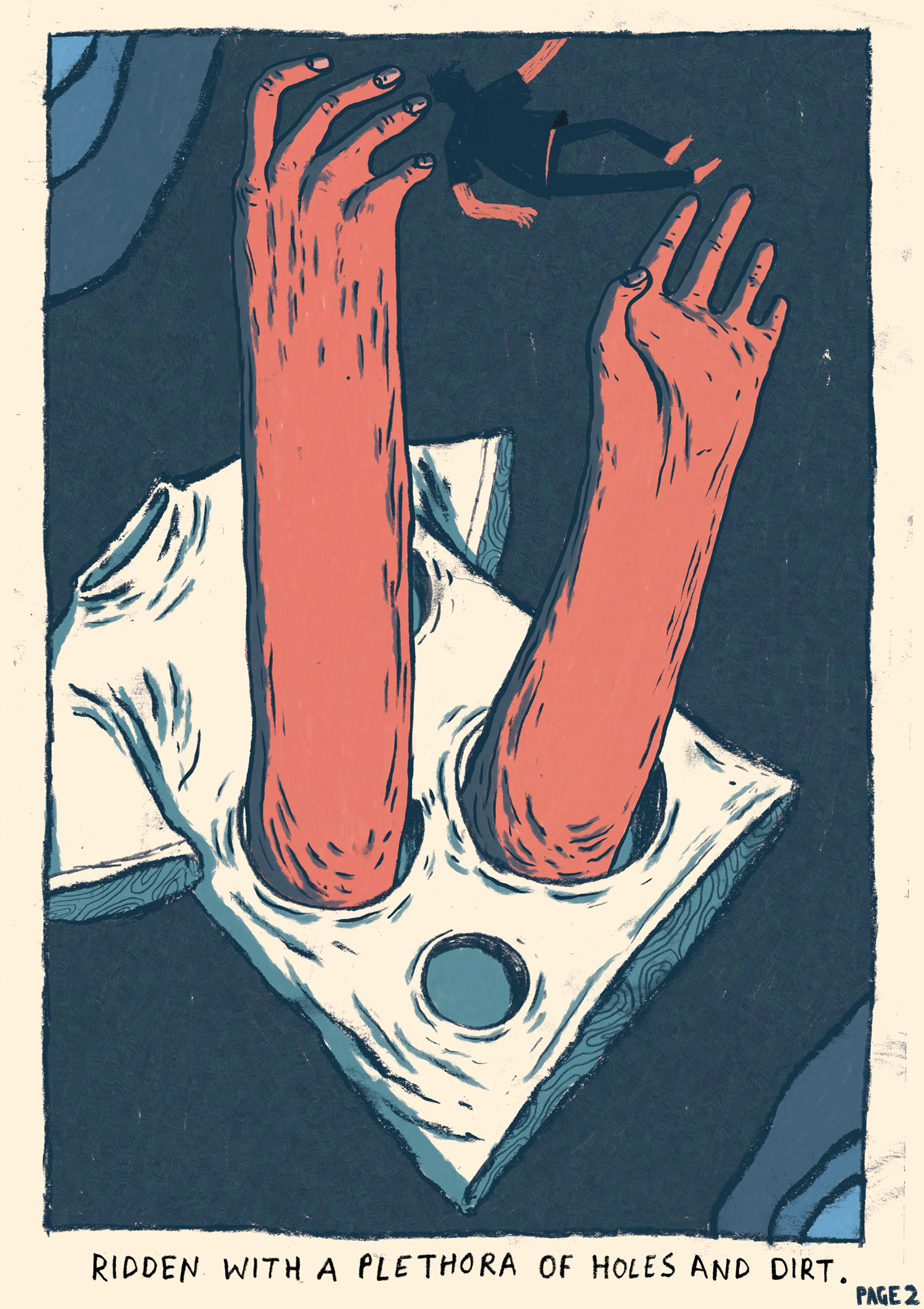 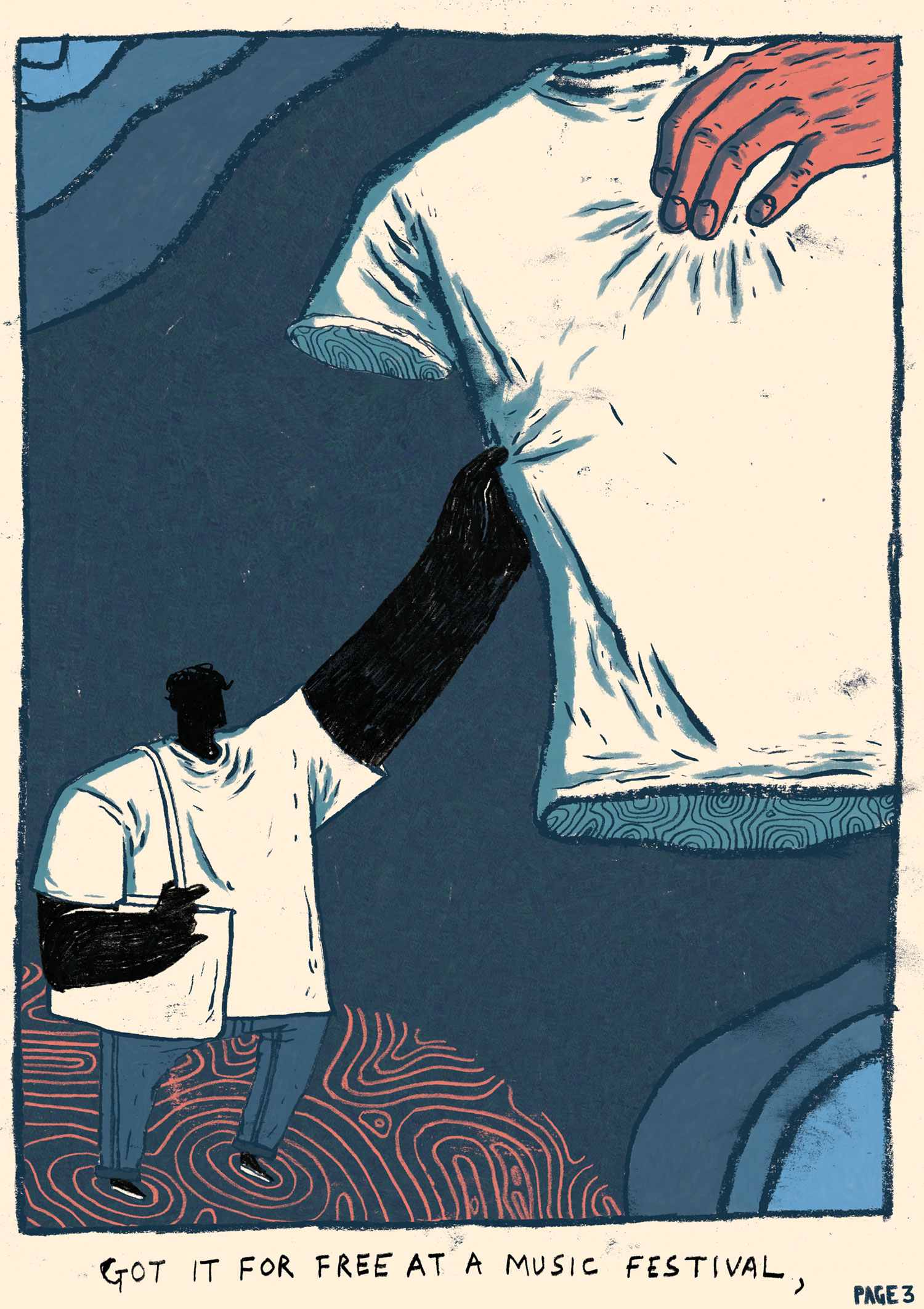 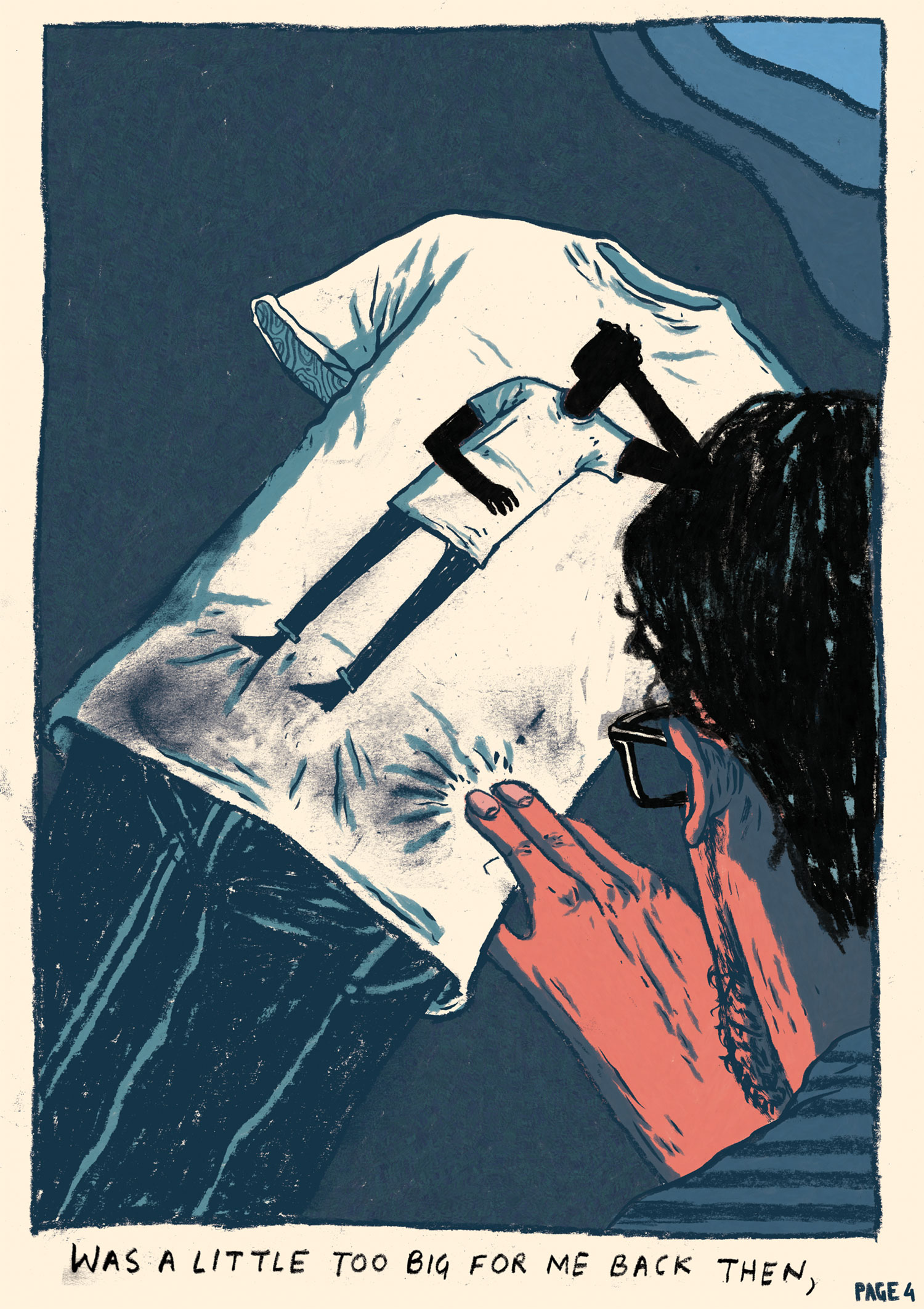 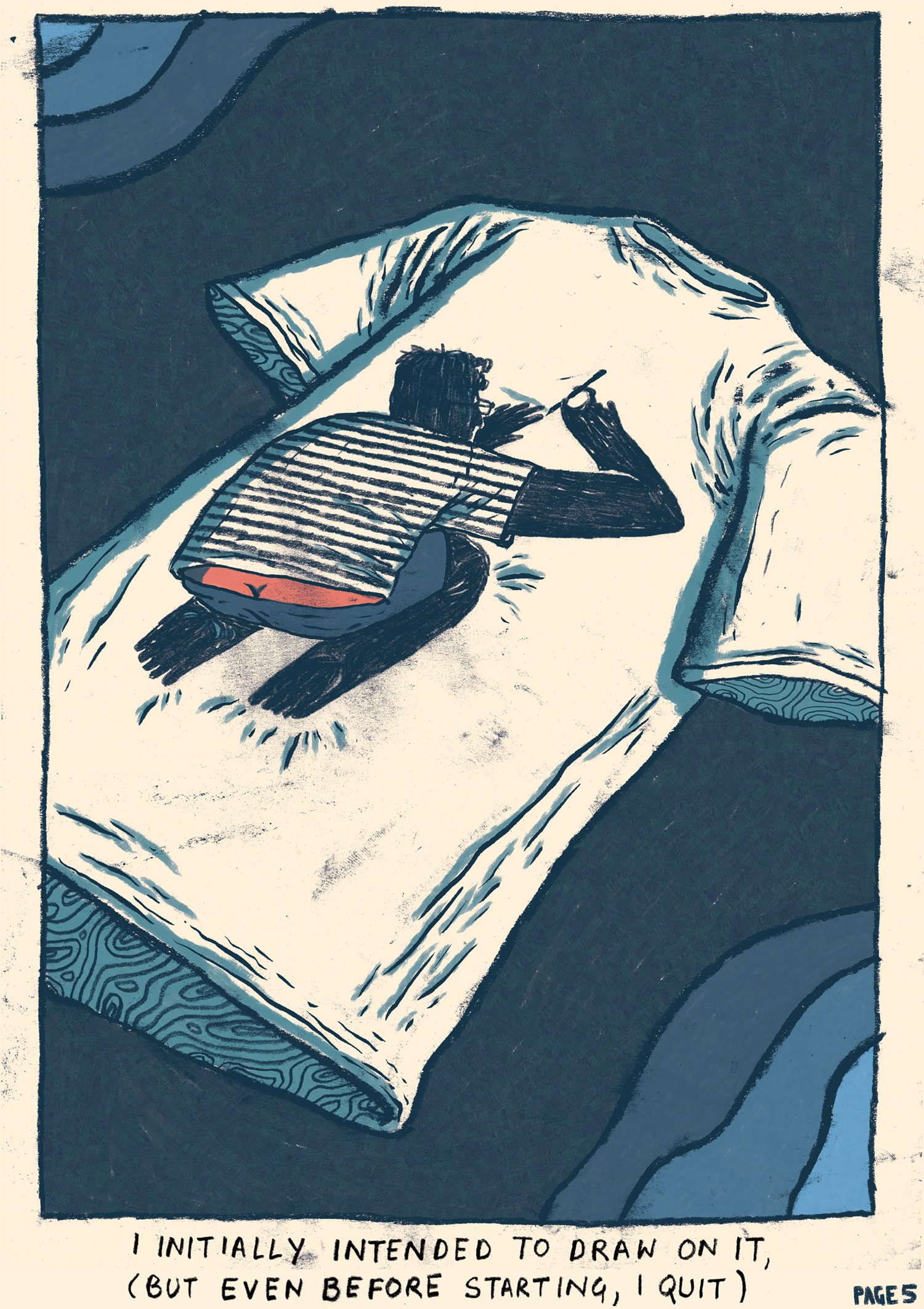 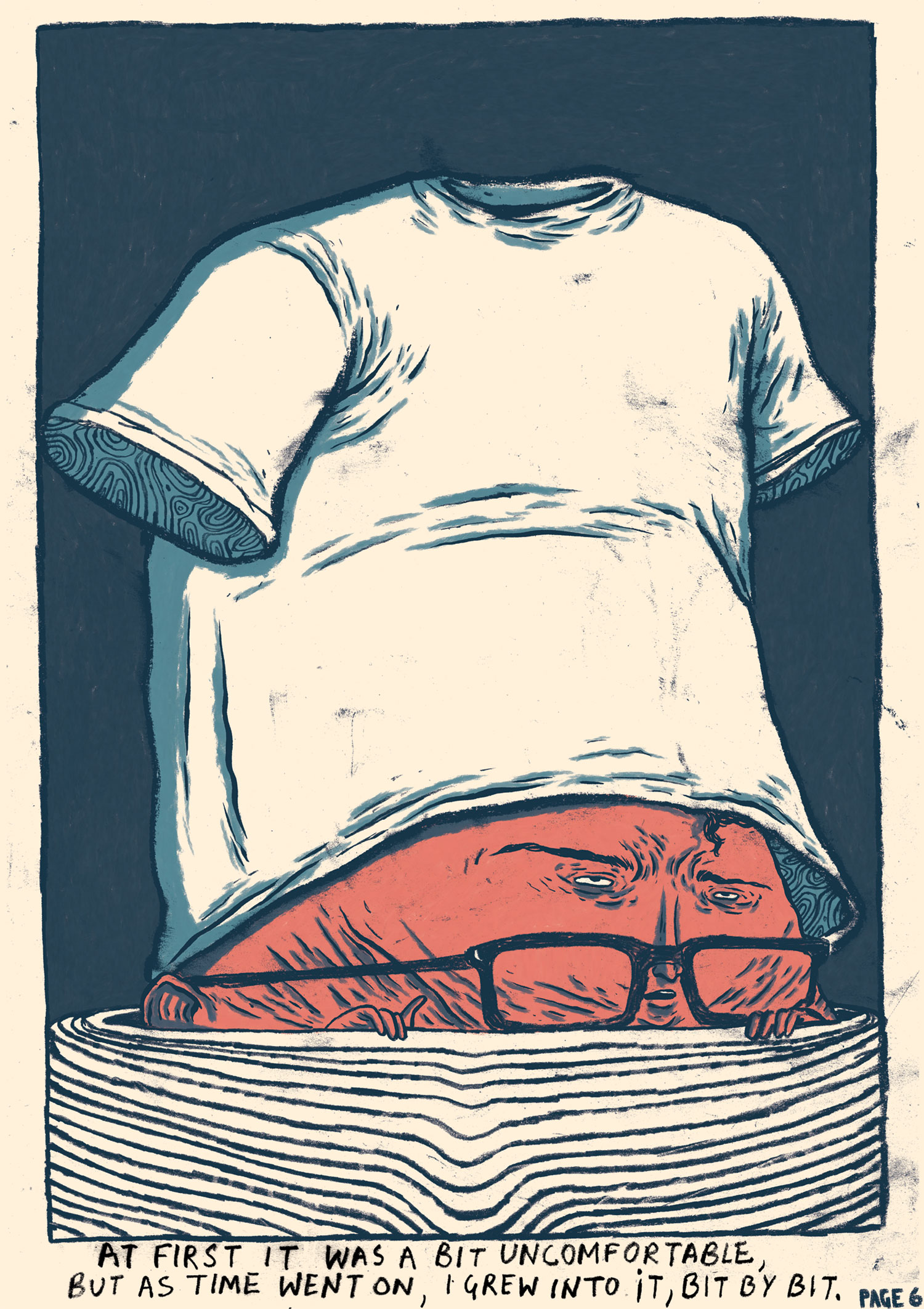 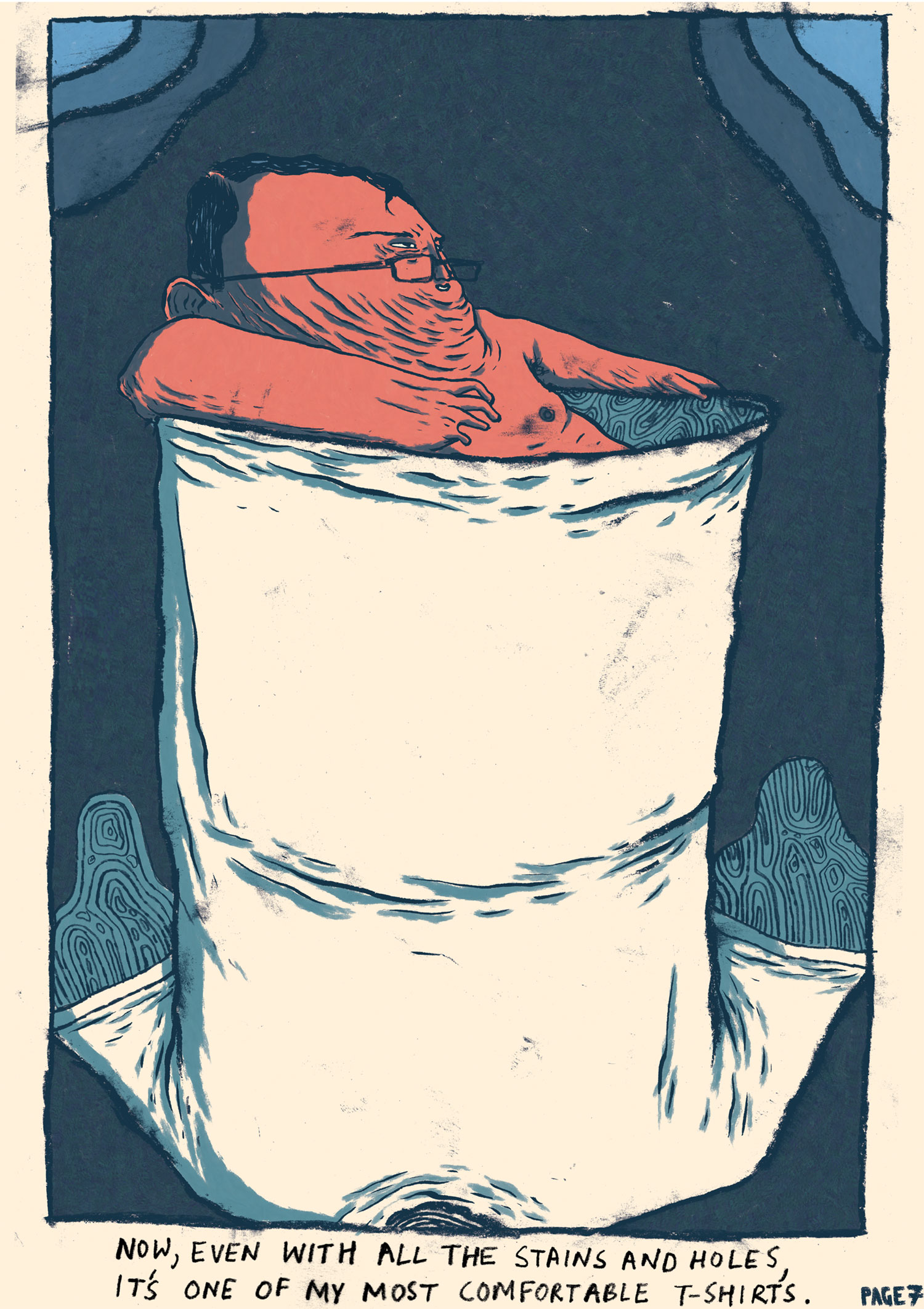 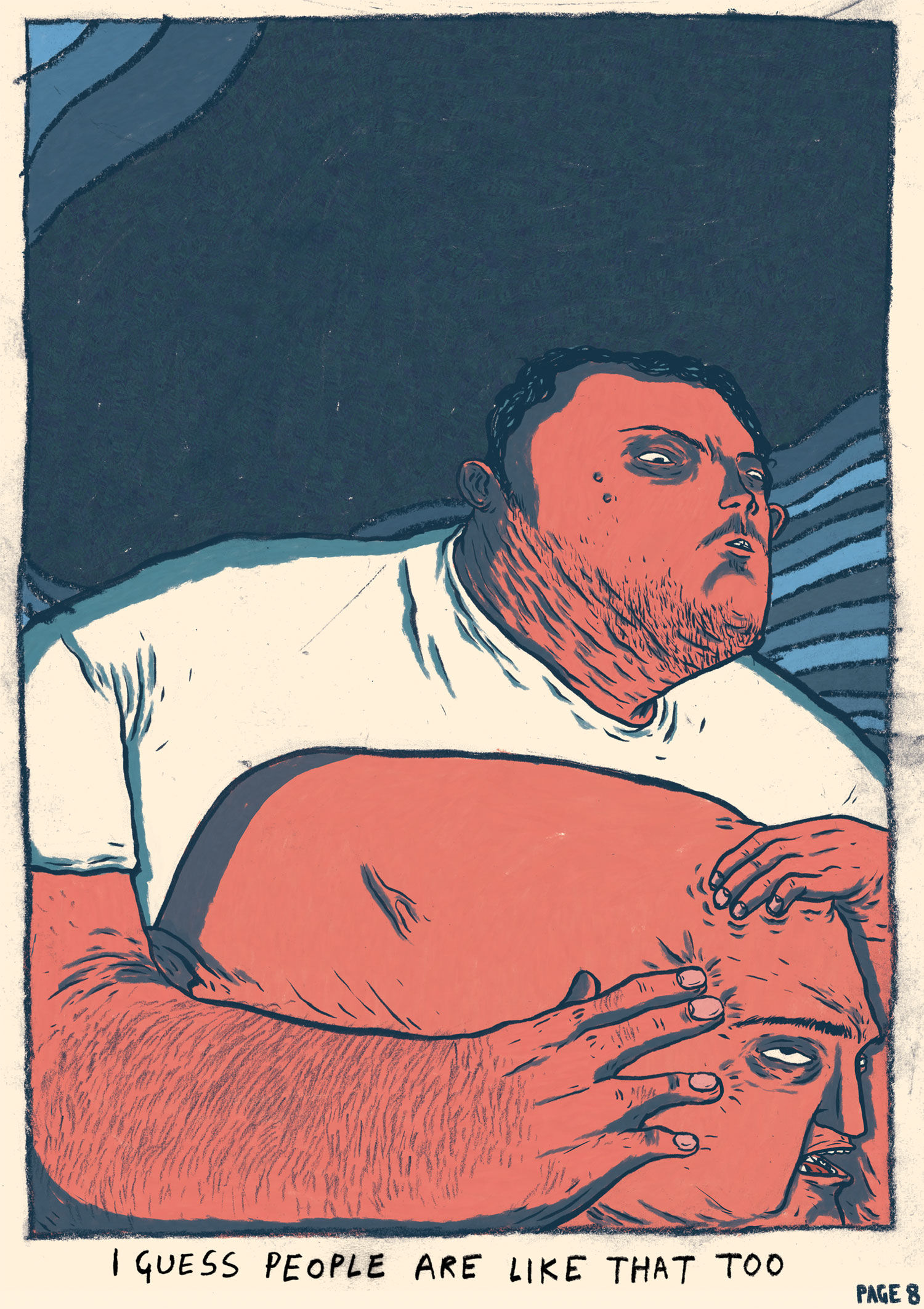 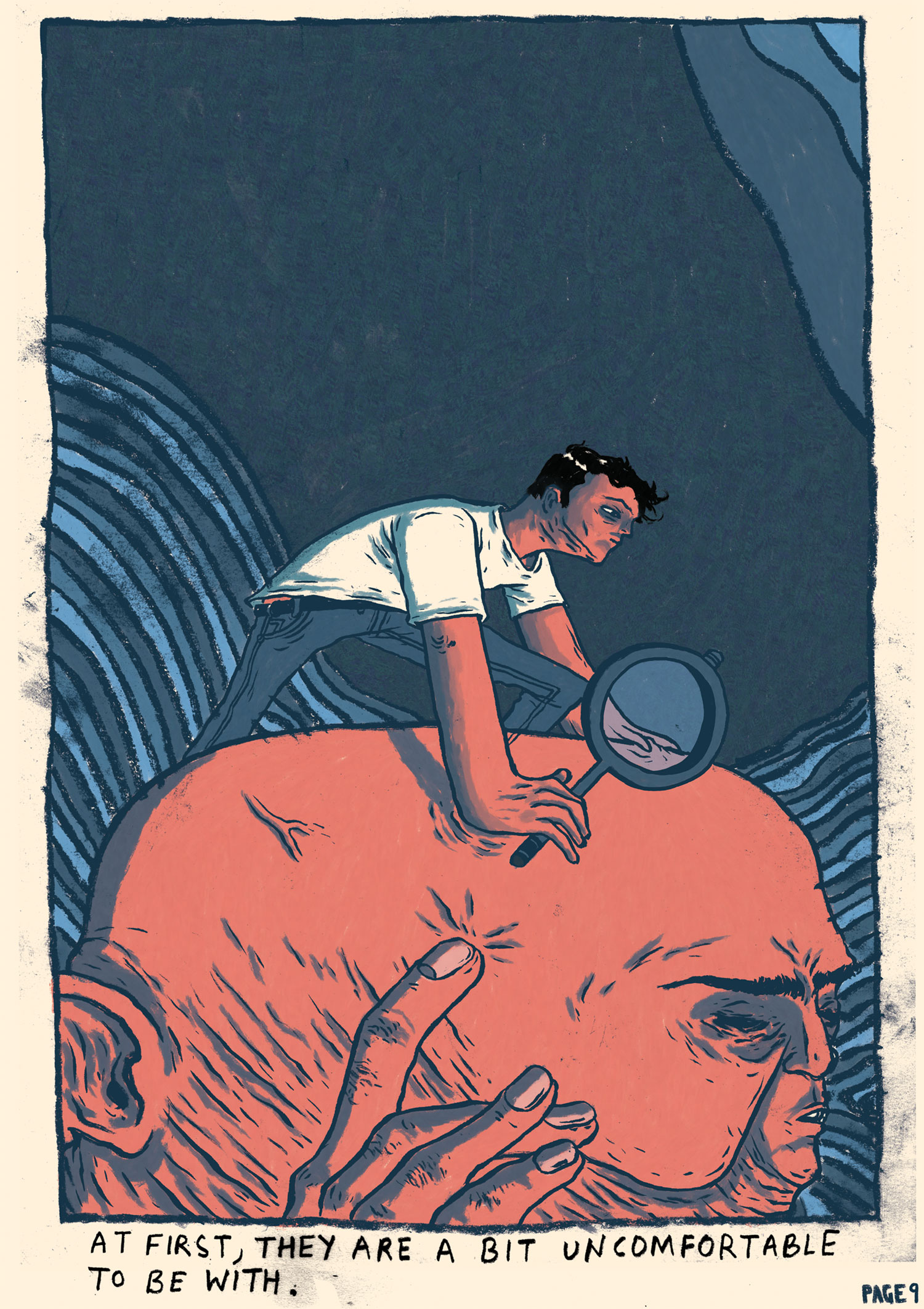 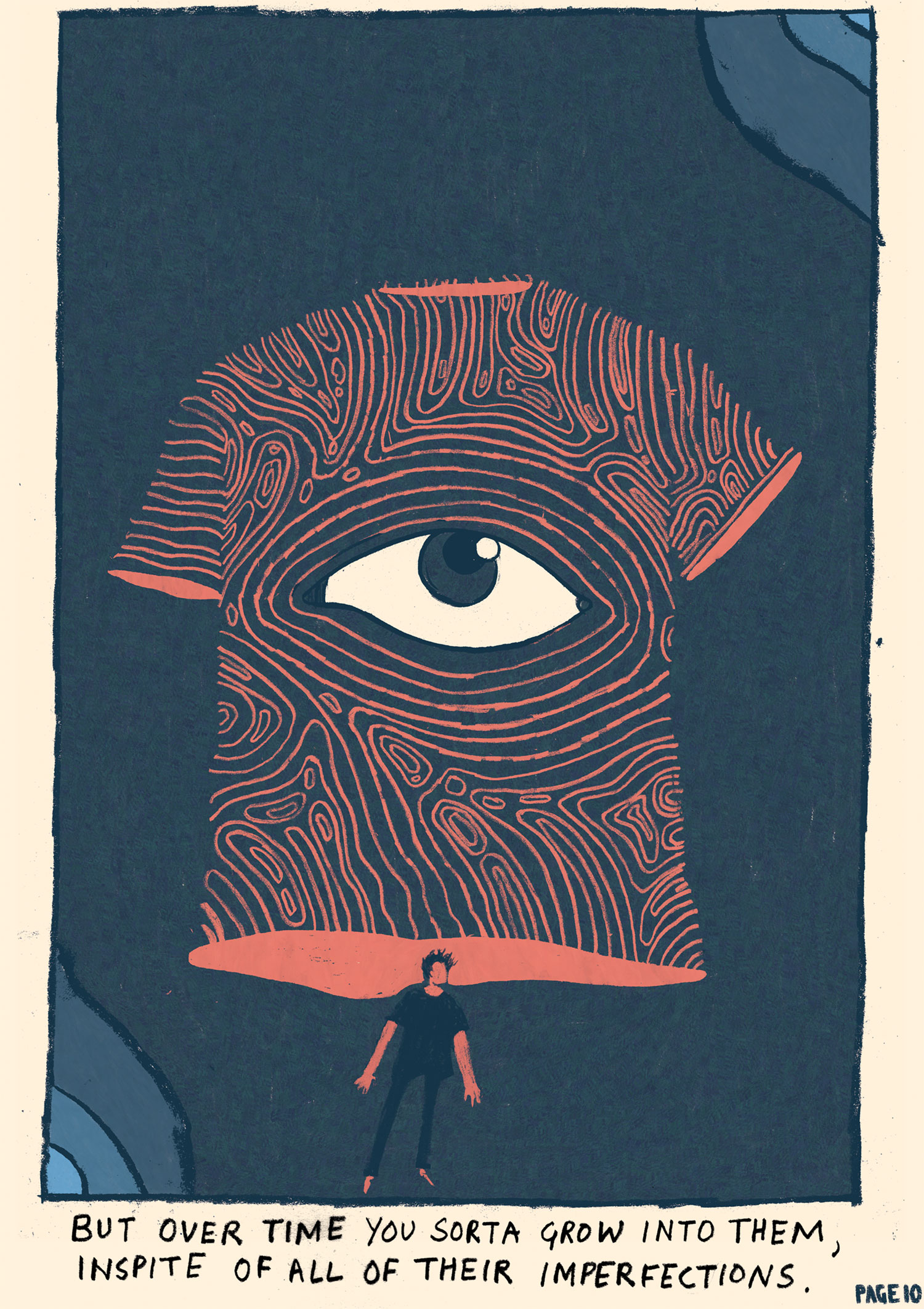 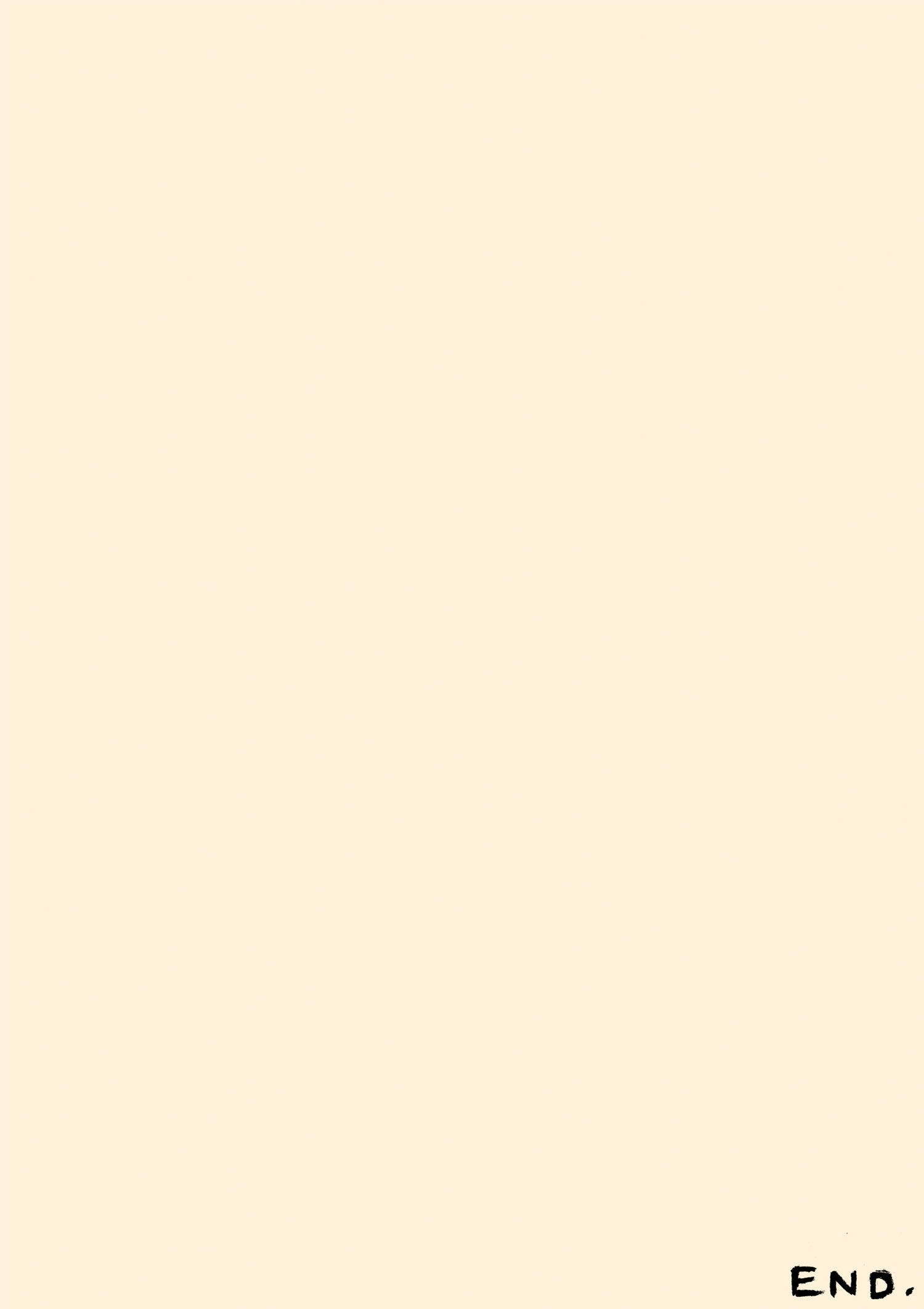 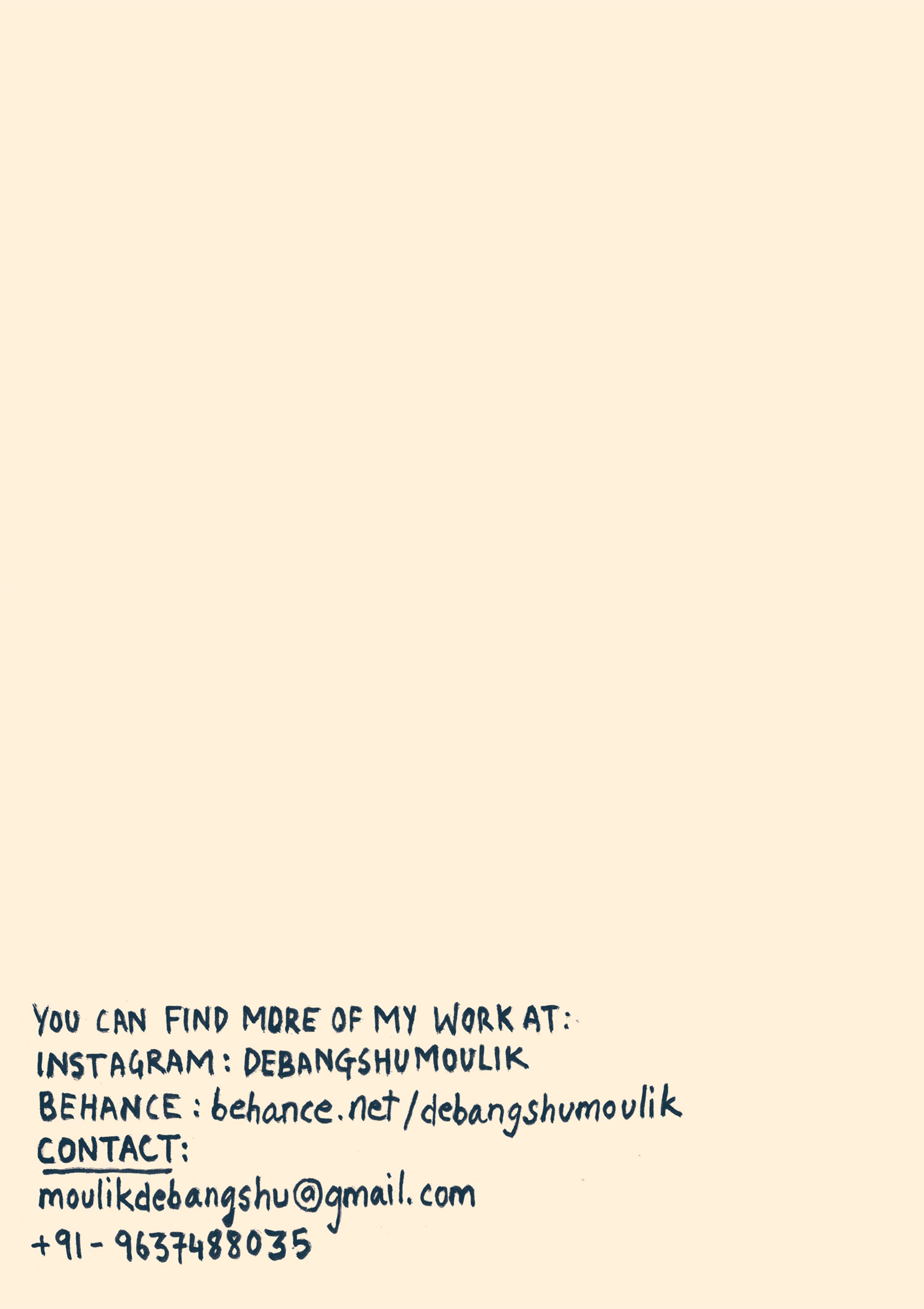 Rating In This Surreal Zine, Friendship is Like an Old T-Shirt is 5.0 / 5 Votes: 1
Please wait...
Loading...
Related articles