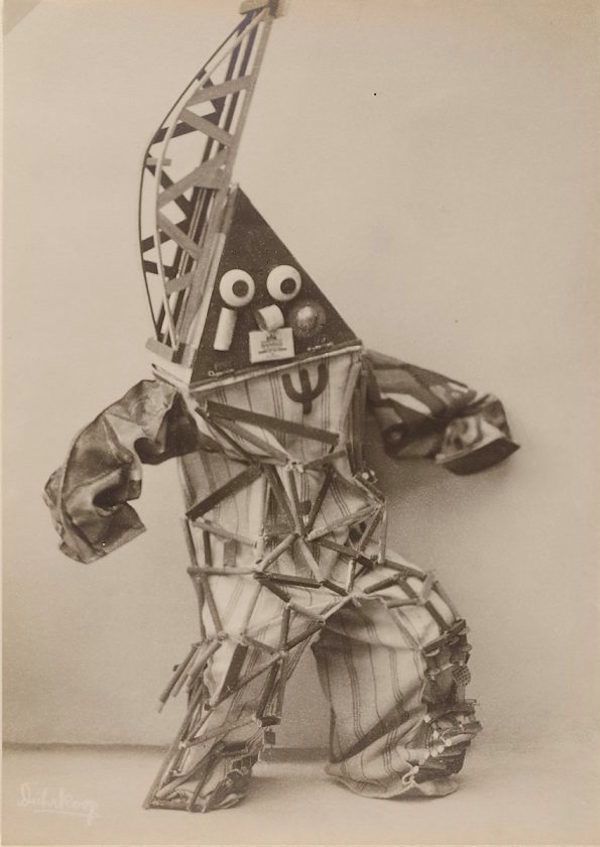 When you think of German Expressionism and decadence in the 1920s, you think of Berlin. But Hamburg had its own art scene, in which you would find the dance performances of Lavinia Schulz and Walter Holdt, known for their avant garde costumes as much as their dancing.

Lavinia Schulz and Walter Holdt were a wife and husband partnership briefly famous in Germany during the early 1920s for their wild, expressionist dance performances consisting of “creeping, stamping, squatting, crouching, kneeling, arching, striding, lunging, leaping in mostly diagonal-spiraling patterns” across the stage. Shulz believed “art should be…an expression of struggle” and used dance to express “the violent struggle of a female body to achieve central, dominant control of the performance space and its emptiness.”

In his book, Empire of Ecstasy—Nudity and Movement in German Body Culture, 1910–1935, author Karl Toepfer notes that “Husband-wife dance pairs are quite rare on the stage; in the case of Schulz and Holdt the concept of marriage entailed a peculiarly deep implication in that it also referred to a haunting marriage of dance and costume.”

Shulz and Holt’s relationship was short, tempestuous, and violently cut short in 1924. We might not know about them at all if their costumes had not been preserved in a museum. Read about Shulz and Holt, their performances, and their costumes at Dangerous Minds. -via Everlasting Blort