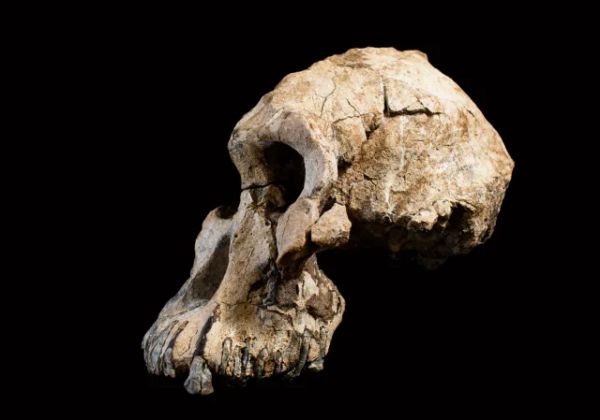 You are probably familiar with the fossil skeleton called Lucy, an intact example of a possible human ancestor called Australopithecus afarensis that lived between four and two million years ago. She was discovered in Ethiopia in 1974. There were other species of Australopithecus, including one called A. anamensis, which was only known from a very few small bone fragments. In 2016, a nearly-complete skull was found in Ethiopia, not far from where Lucy was excavated. Two papers published Wednesday describe the skull they named MRD as A. anamensis, complete with a reconstruction of what this hominid looked like. More than that, research shows that he (the skull is from a male who lived a long life) and his kin could have lived concurrently with other species of Australopithecus.

The cranium, in addition to revealing facial characteristics, is shedding new light on the origin of Australopithecus and the species that followed. Importantly, at an estimated age of 3.8 million years old, A. anamensis likely lived alongside A. afarensis for around 100,000 years, according to the new research. This unexpected overlap means some species within the Australopithecus genus didn’t evolve linearly, with one species tidily following another in an orderly fashion, a process known as anagenesis. Rather, this new discovery points to a different scenario, in which multiple species co-existed at the same time in a process known as cladogenesis. Evolution, as we’ve long known, is often messy and complicated.

The timeline of human evolution is further upended as MRD displays features that are more human than that of A. afarensis (Lucy), a species which supposedly lived later. Read what we are learning about A. anamensis through the skull of MRD, and see astonishing pictures of what he may have looked like at Gizmodo.

Also: Read the story of how the skull was found at National Geographic.