After studying product design at Art Center, it took over a decade before industrial designer Dan Klitsner found serious success–but when he did, it was huge. 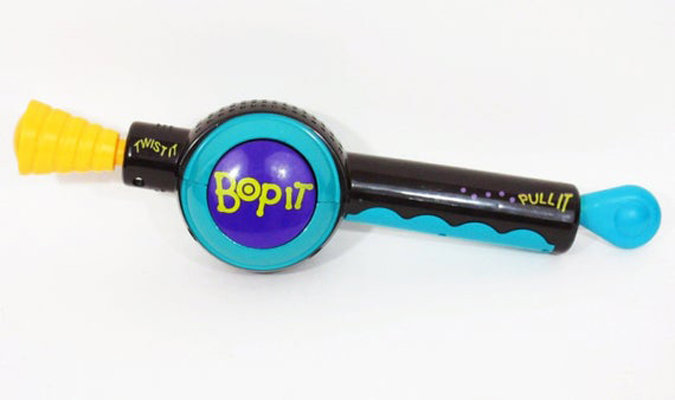 In the ’90s he conceived of a kinetic toy for kids–something like a cross between a tool and a game–that would provide audio commands meant to be followed by the wielder. Called Bop It!, it was licensed by Hasbro and became a major hit, winning Electronic Toy of the Year awards and spawning multiple spin-off versions.

Intriguingly, Klitsner reveals he wasn’t trying to invent a toy at all–but was trying to develop a fun-to-use remote control: