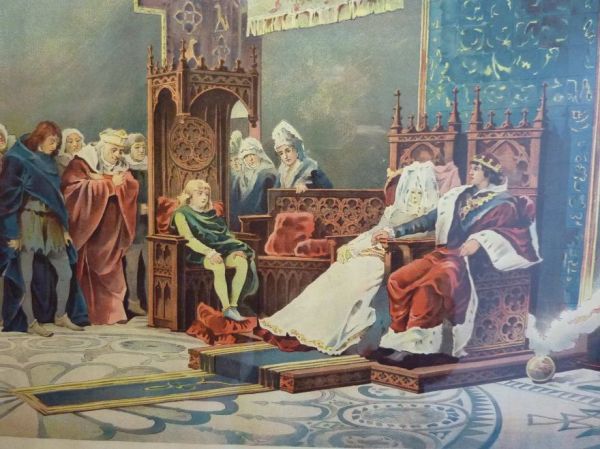 The story of Inês De Castro is so iconic and so well known in Portugal that once you’ve read it, you wonder why it isn’t known as well as Romeo and Juliet. And they were fictional characters! Inês De Castro’s story had been made into poems, plays, operas, movies, paintings, and other artworks, mainly in Portugal. The true story behind the tale is quite gripping. Crown Prince Pedro I of Portugal fell in love with Inês De Castro, his wife’s lady-in-waiting, around the year 1340. His father, King Afonso IV, exiled Inês to remove temptation. But after Pedro’s wife died, the two lovers lived together for years and had several children. Still disapproving, the king had Inês murdered, which led to a civil war between father and son. Two years later, Pedro was king.

That’s where the historical record and the popular tale diverged. King Pedro hunted down and killed Inês’ assassins and built a royal tomb for her. But as the story grew over the next couple hundred years, Pedro had Inês disinterred and make her queen of Portugal, complete with a coronation ceremony for her corpse, at which all nobles were obliged to kiss Inês’ decomposing hand. It’s a compelling story, to say the least. Read about the myth of the skeleton queen and how it took over the Portuguese imagination at BBC Culture. -via Damn Interesting