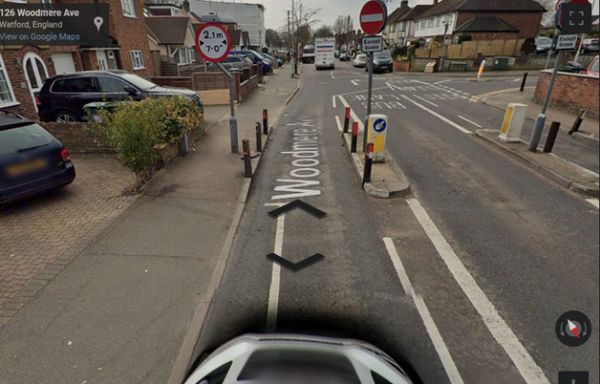 In the town of Watford, UK, city managers decided they didn’t want large trucks passing through the downtown area, so they installed width restrictors. This is a set of bollards that are only seven feet wide (2.1 meters), and if your vehicle is wider, it cannot pass through. The bollards are 29 inches high, so the side mirrors on most passenger cars can pass above them. But one particular width restrictor, on Woodmere Avenue, is notorious for the number of cars, even rather small cars, that crash into the bollards. Here’s a compilation of such incidents. 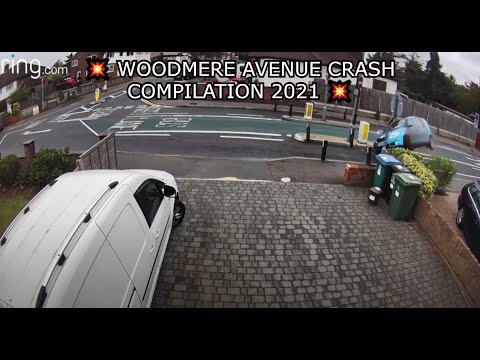 What causes such mayhem? Is it bad design or clueless drivers? It appears to be both. Many of these drivers look to be approaching too fast or else not paying attention. But the restrictor itself is kind of wonky. The Google Street View image at the top show us that the curb on the left acts as a ramp  that leads right to the first bollard. This is exactly the kind of non-symmetrical ramp stunt drivers use to flip cars for movies. You can see it even better in this image. Remember, in the UK, the driver is on the right side of the car.

Woodmere Avenue Crashes is a YouTube channel dedicated to the Woodmere Avenue restrictor mishaps. There’s also a public Facebook group about the restrictor. You’d think after all that, the city traffic engineers would want to do something about it. -via Jalopnik