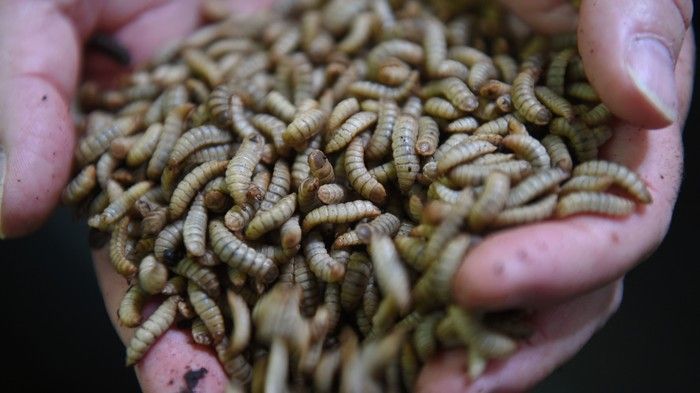 Researchers from a university in Belgium have suggested that black soldier fly larvae (an insect larvae) is a good butter substitute in baked goods. In their study, Ghent University scientists found that most participants who tasted the baked goods with the insect larvae weren’t put off by the taste. Insect fat is more digestible that butter, and has positive nutritional attributes, as Vice detailed:

“Insect fat is a different type of fat than butter” researcher Daylan Tzompa-Sosa said in a statement. “Insect fat contains lauric acid, which provides positive nutritional attributes since it is more digestible than butter. Moreover, lauric acid has an antibacterial, antimicrobial and antimycotic effect. This means that it is able, for example, to eliminate harmless various viruses, bacteria or even fungi in the body, allowing it to have a positive effect on health.”

Tzompa-Sosa has been researching the viability of using insects to replace butter, margarine, and other edible fats for several years. In 2016, she was part of a team at Wageningen University and Research Center in the Netherlands that turned mealworm fat into an oil that was similar to a combination of canola and soybean oils. “We’re not allowed to eat it because it’s made in a lab,” she told the Washington Post at the time. “It smells very mild … grassy. It’s not bad.”

Although the results of the baked good taste tests seem promising, it’s still way too soon to add black soldier larvae fat to your Instacart order.

Meet The Alternative To Tea Bags

Geoengineering: A Horrible Idea We Might Have to Use

A Little Bundle of Joy To Make Your Day

This Couple Was Tracked Down Because of Their Stunning Photo