Spanish artist artist Gonzalo Borondo presents INSURRECTA alongside the City Council of Segovia, and in collaboration with Acción Cultural Española (AC/E). ‘Insurrecta’ commemorates the 500th anniversary of the communal uprising in the city, and pays homage to the Comuneros of Segovia by delving into the idea of Revolt.

A total of 32 pieces chosen by Borondo were distributed in 17 freely accessible locations that convert the urban landscape into an open-air museum. The project location is a route that includes all the municipal billboards away from the tourist epicentre of Segovia. At the same time, the artist shows the visitors a visual space of the city less known among tourists, promoting the visibility of the so-called ‘No Places’. 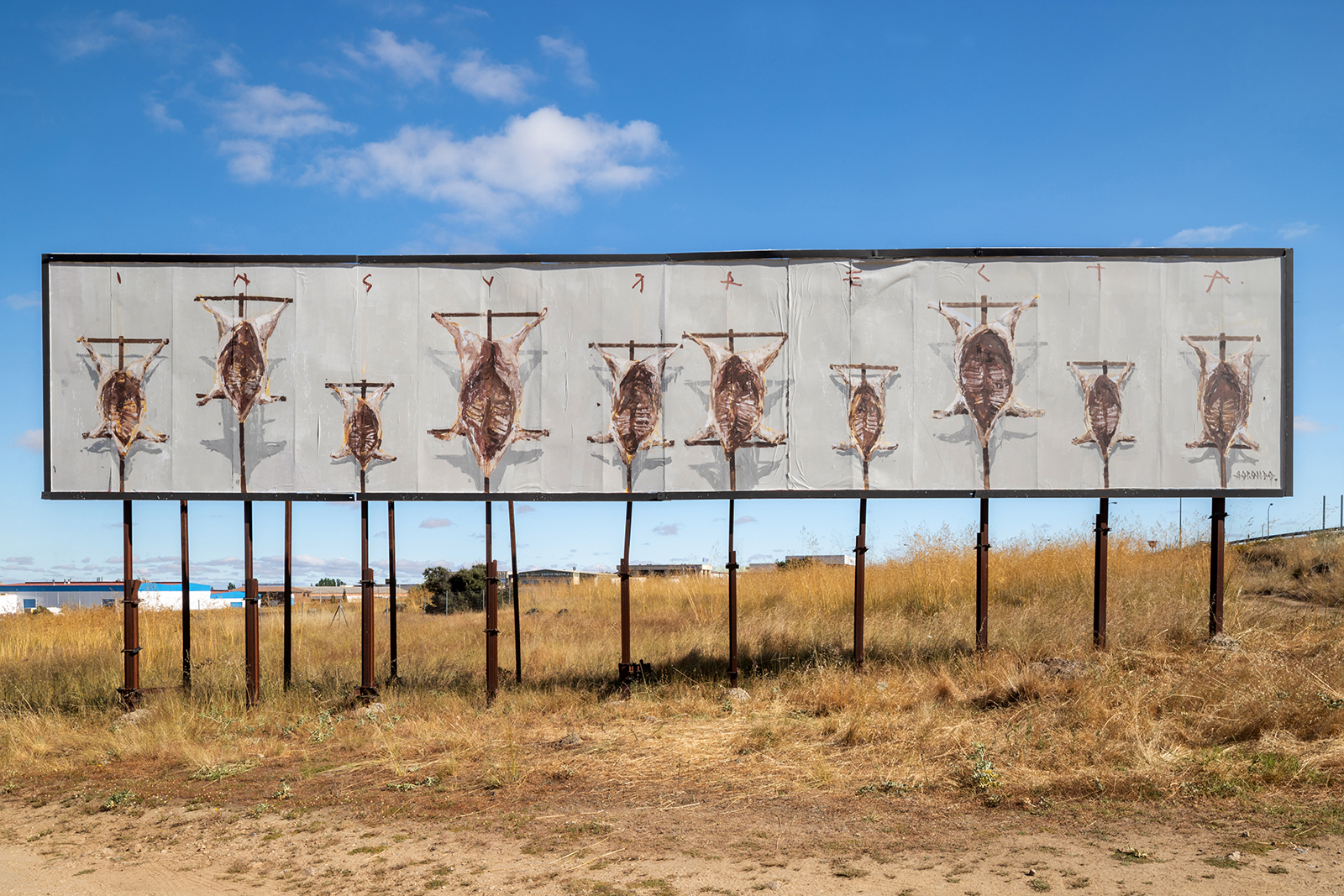 ‘Insurrecta’ seeks an exercise in critical thinking and reflection through the interaction between visual metaphors and historical narrative. The project as a whole involves different techniques. Borondo pays tribute to Goya’s informative intention, in his series of engravings “Los caprichos” and “Los desastres”, through the monotype technique he used.

Visitors are provided with a map of the 17 locations that includes an account of the revolt for each of the interventions, as well as marking at each stop the perspective designed for contemplation, although they are encouraged to take it as freely as possible. This offers total flexibility in designing the route to be followed, and the means by which the route is carried out.

Borondo began his career as a muralist in 2007. His projection of contemporary art in public spaces attempts to break down the barriers between art and life, questioning the limits of the cultural heritage of the context, while paying respectful homage to it. Borondo’s work is the result of a powerful dialogue between his art and the spaces in which it is located.

Take a look below for more images of ‘Insurrecta’. 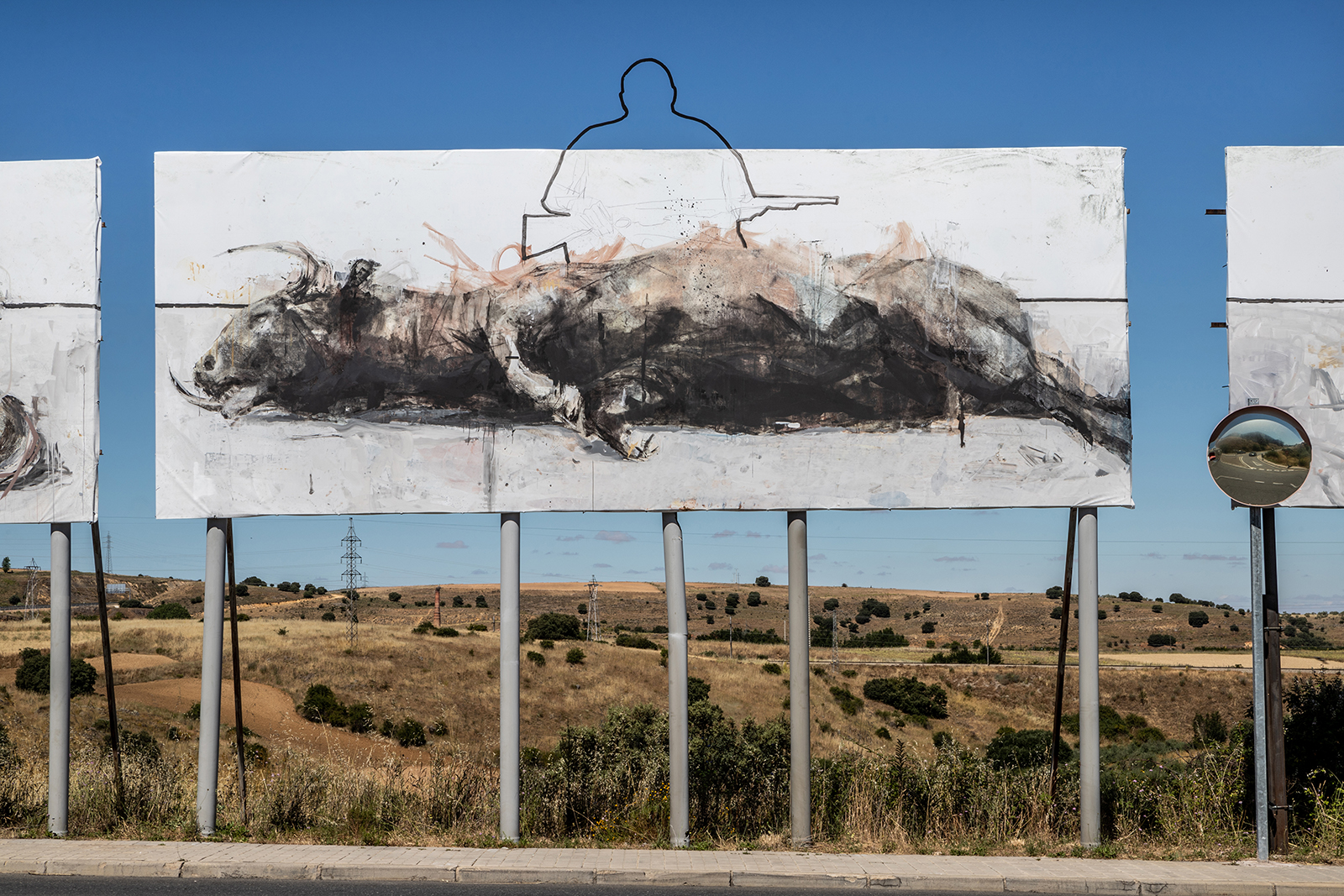 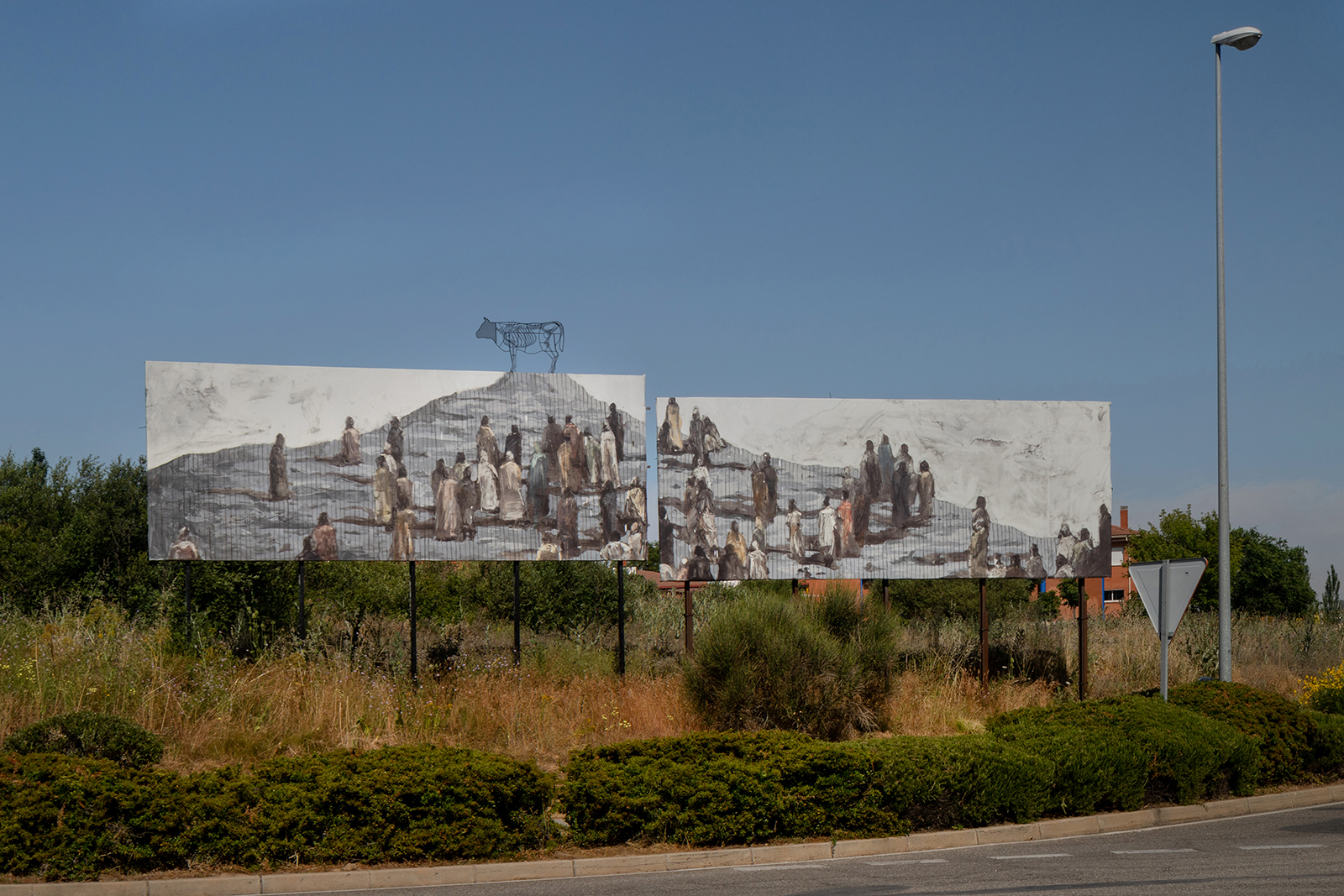 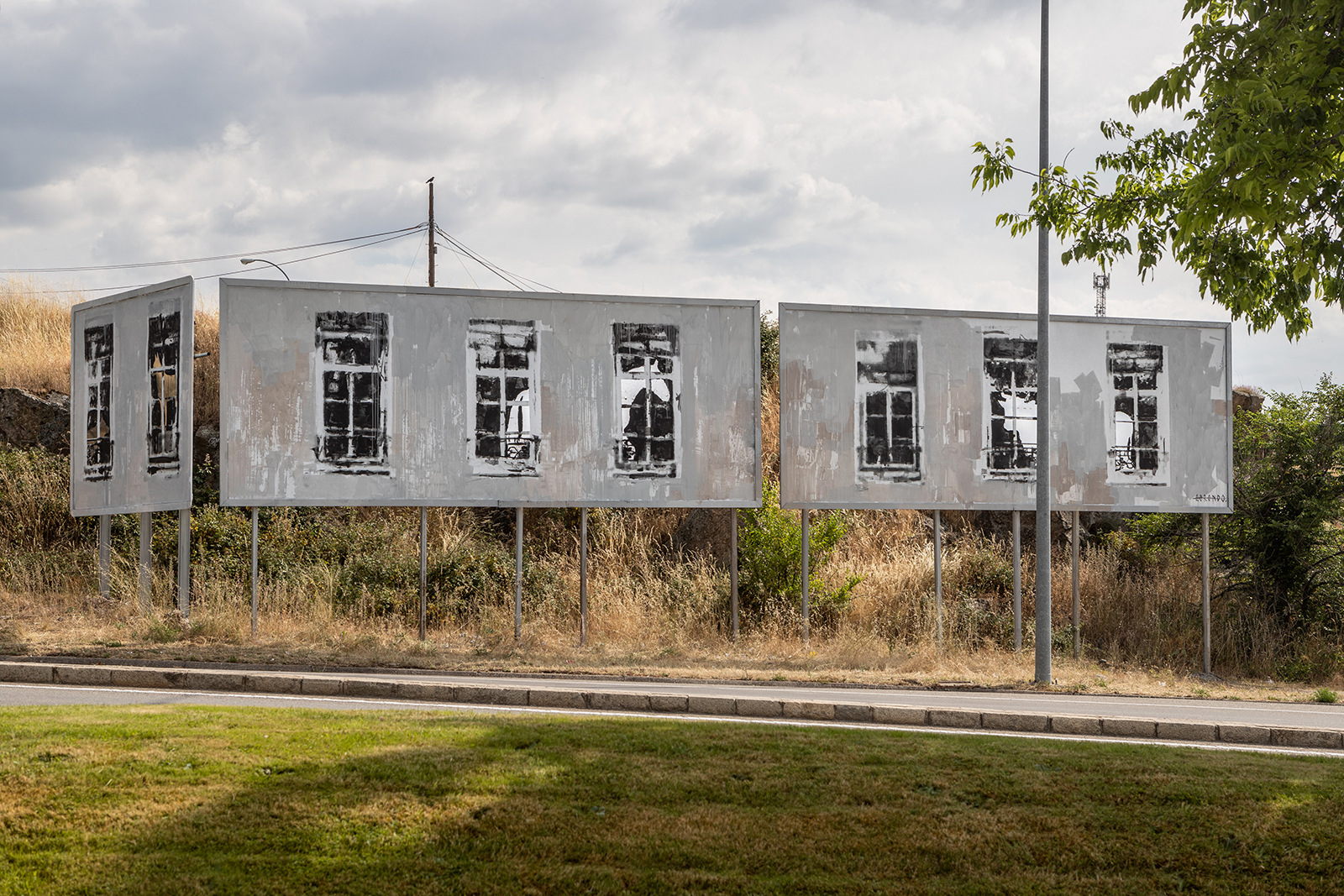 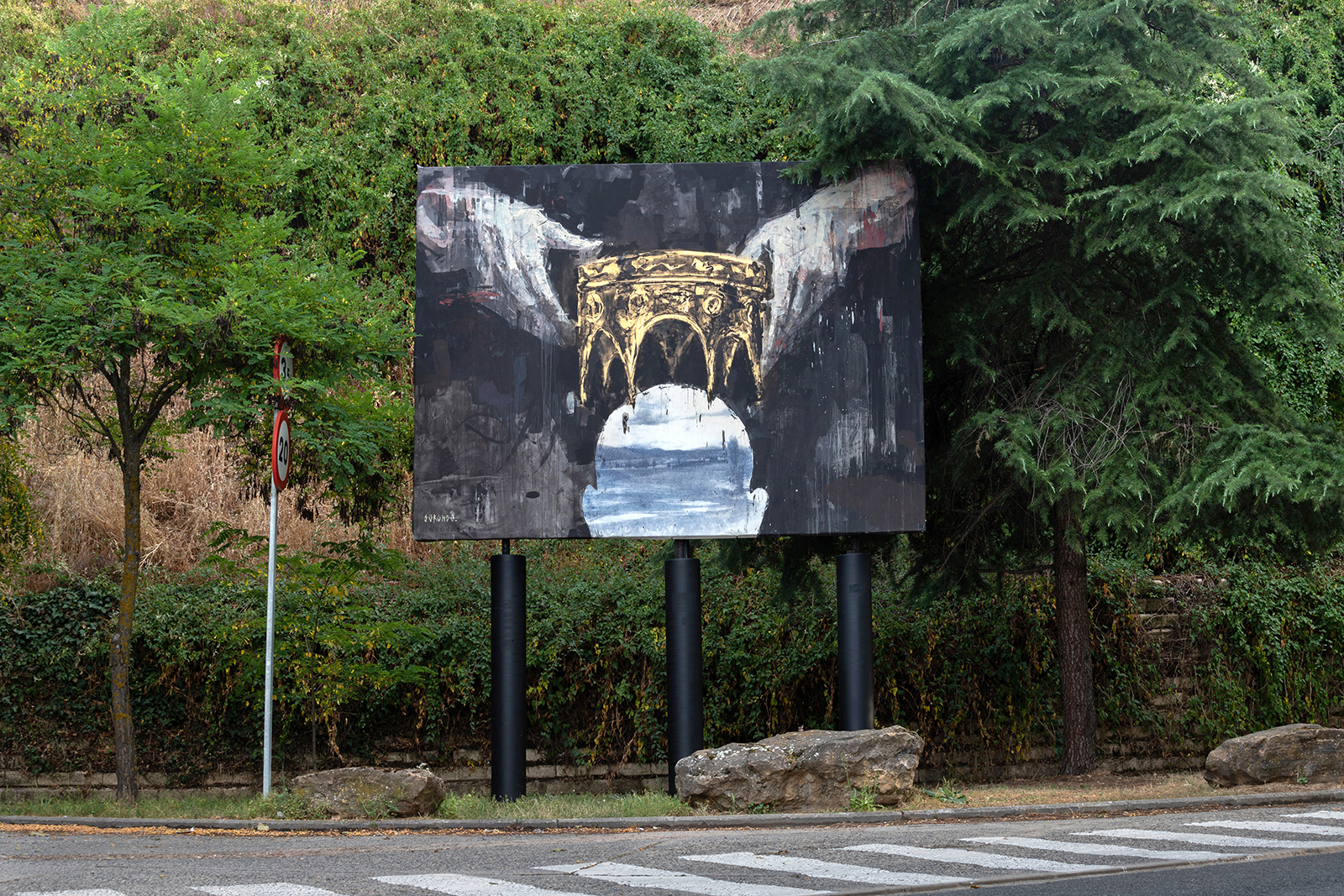 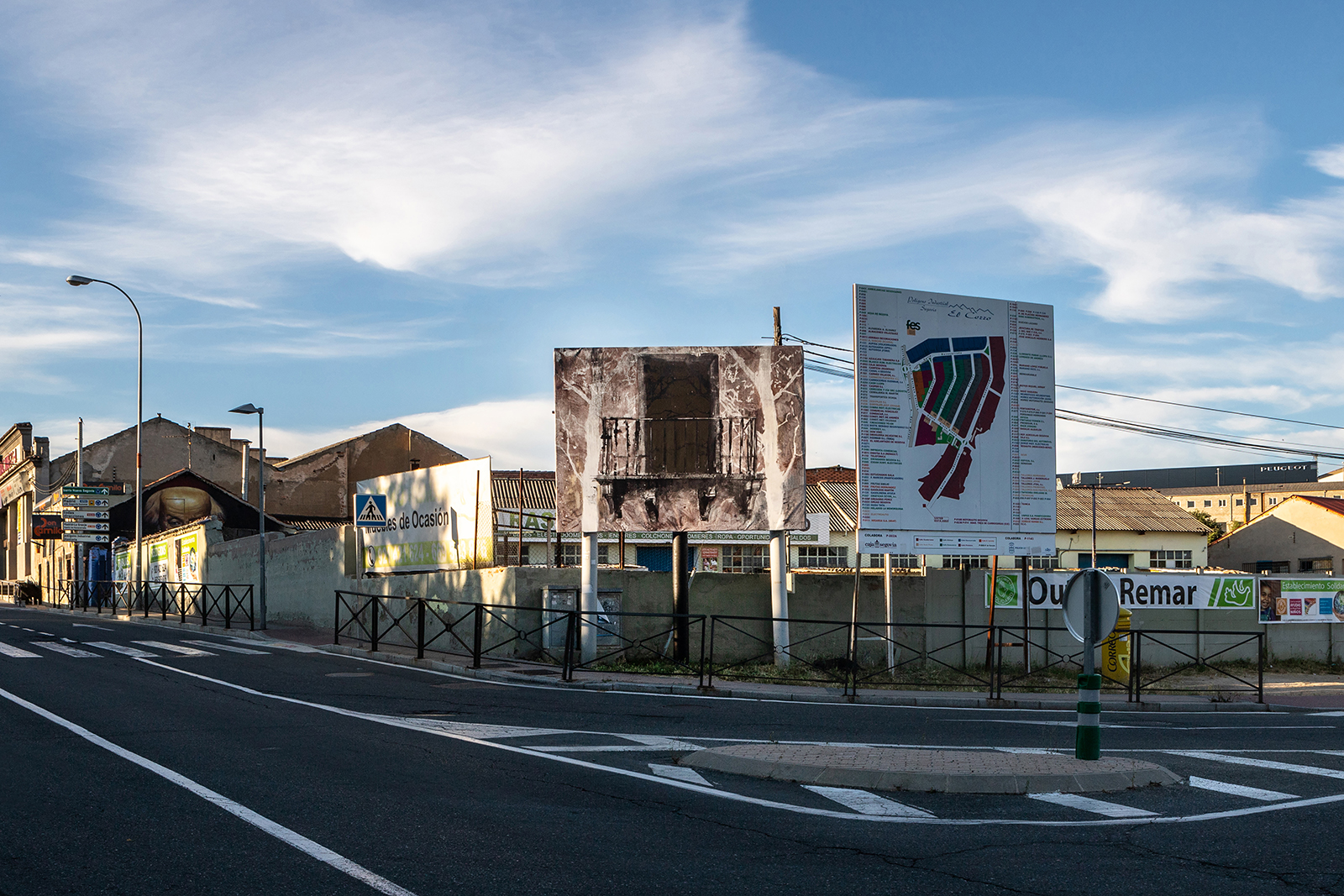 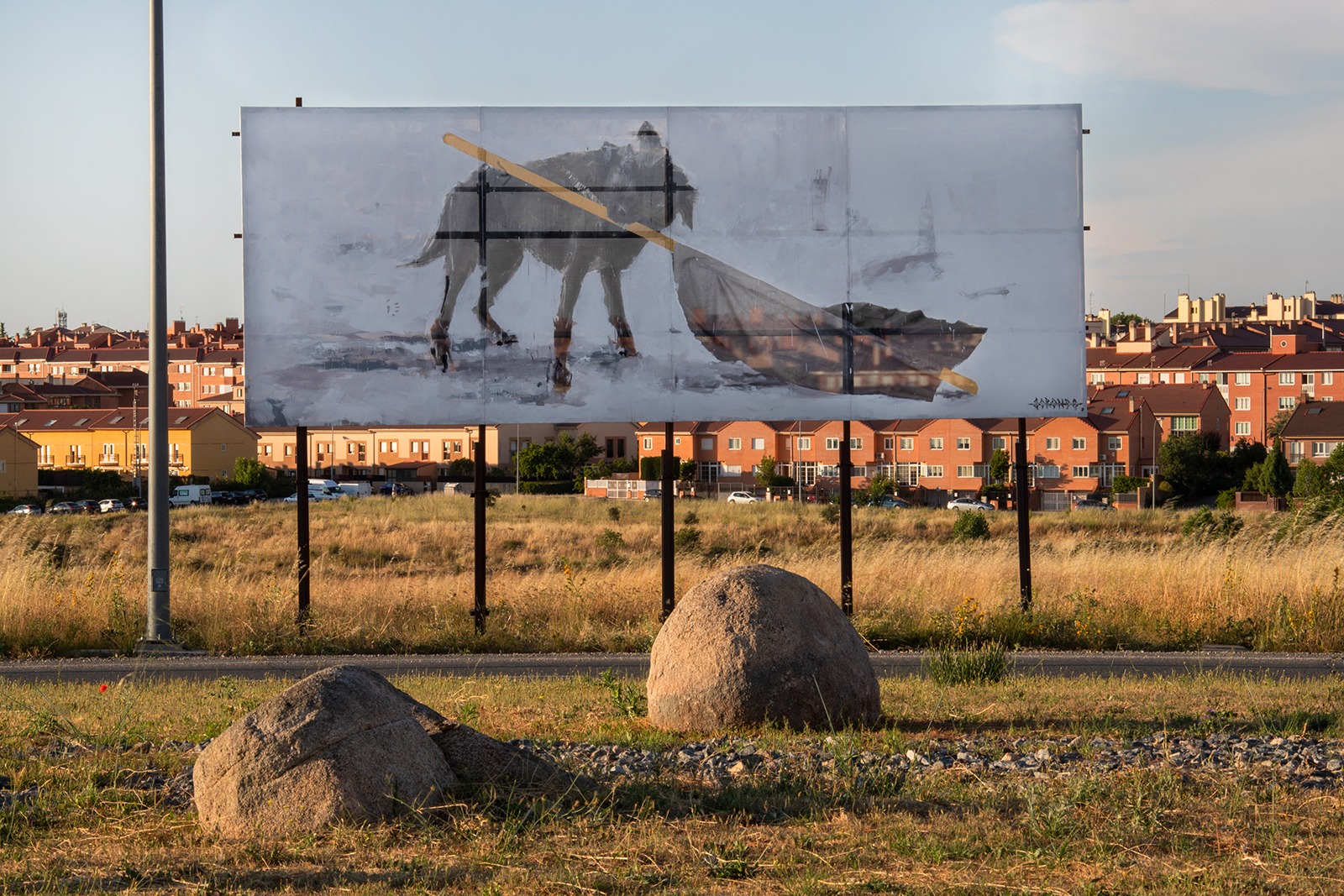 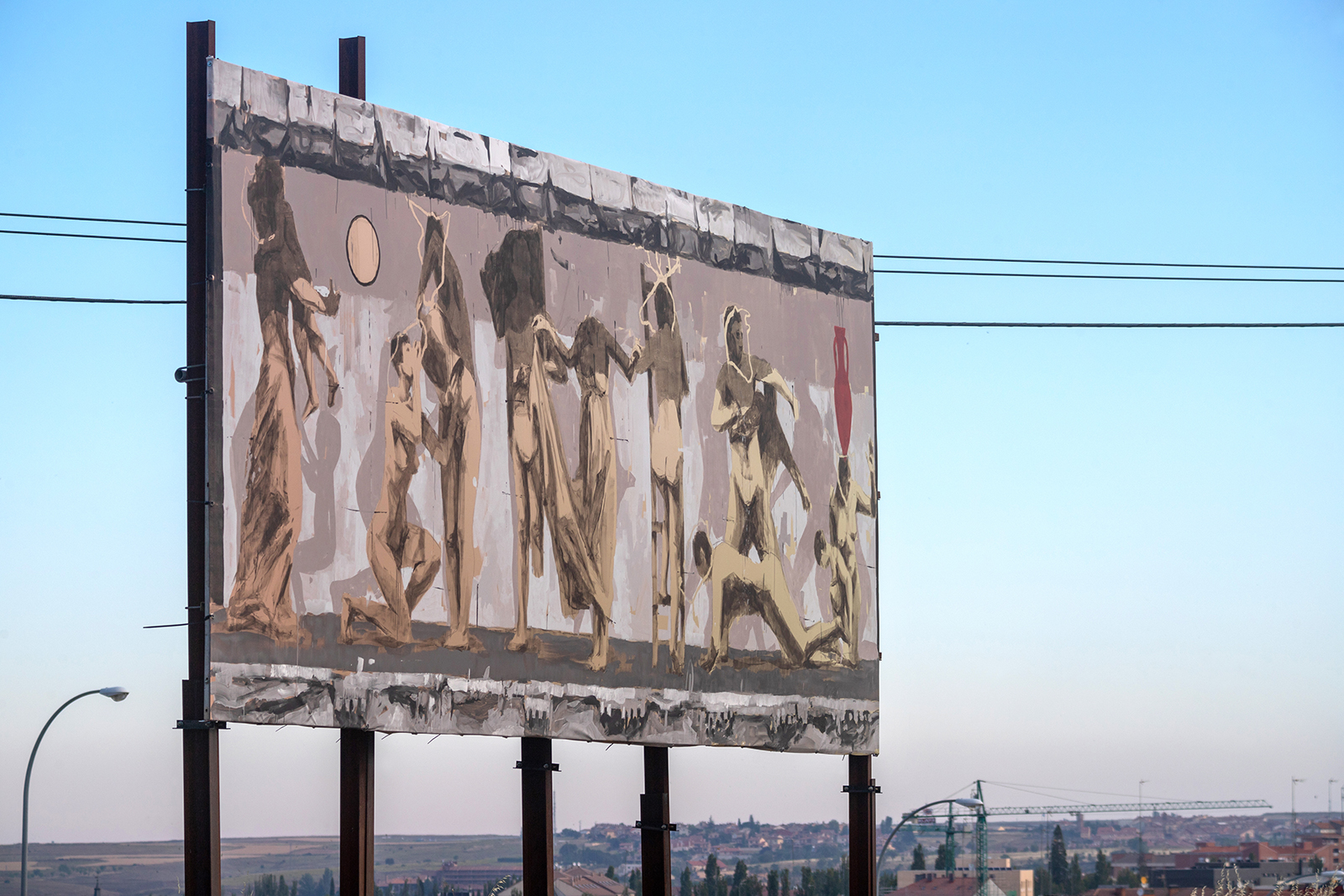 The post “Insurrecta” by Gonzalo Borondo in Segovia, Spain appeared first on StreetArtNews.