One of the most common challenges working parents face is finding someone to care for their kids. Looking after the little munchkins is a tough job in itself, after all, and it’s equally difficult to leave them in someone else’s hands. That’s why people spend time and effort to hire that special someone who wins their trust, bonds with the little ones, and respects their rules. But when overachieving moms and dads have superhuman expectations, it’s a whole other story.

Recently, comedy writer and director Emily Murnane shared two screenshots of anonymous nanny job postings she came across on Facebook — and it’s a doozy, to put it mildly. While good child care is hard to find, it will be a zillion times harder for these two parents whose expectations are totally detached from reality, especially compared to the insultingly low pay offered.

From having a master’s degree (or higher!) to bringing food not only for yourself but for the kids as well, these unhinged lists of demands immediately caught the attention of people online. So read on to see how delusional some parents may be and find the reactions people shared on the internet right below. And if you’ve ever come into contact with such prospective employers, be sure to share your thoughts on the topic in the comments, we’d love to hear them. 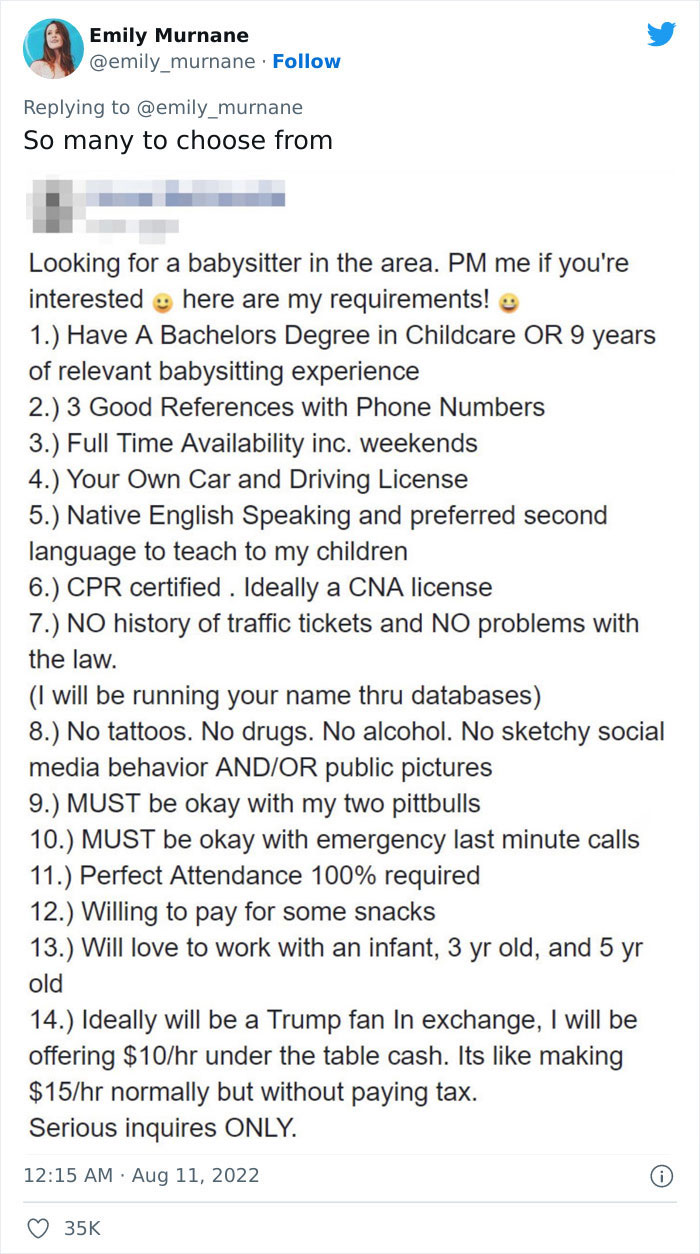 When it comes to finding childcare, parents have to communicate their expectations with extreme clarity from the get-go. But when this person took to Facebook to share their comically unrealistic requirements of what they want in a nanny, their efforts were widely ridiculed.

“School is starting again, and that means we once again need a nanny,” the job listing begins innocently enough. “You need to have a master’s degree or higher so that our 5-yo and 7-yo are intellectually challenged. (No, your ‘bachelor of english’ doesn’t mean you’re smart!” it continues, starting a lengthy list of delusional demands.

The post went on to say that any potential applicants need to be between 24 to 28 years old to keep up with the activity of their kids. “And please plan to have your own housing, don’t assume you’ll be staying with us. Yes, we have extra room but the privilege is earned, not assumed,” it reads.

Moreover, the parent wants the nanny to work one hour in the morning and a few in the afternoon and expects them to be satisfied with a whopping $18 per day. More than enough considering your education and experience, right? But the demands don’t end here. The babysitter needs to bring their own snacks and food for themselves and the kids, “as our cabinets will be locked during the day while we work. You will also need to bring educational materials such as workbooks as we do not keep anything like this at home. Thanks!” Well, if reading this post made your jaw drop to the floor, join the club.

People immediately jumped to share their reactions to these delusional requirements, here’s what they had to say 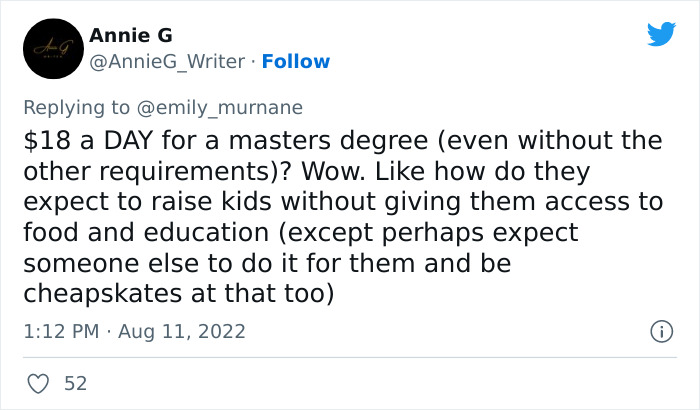 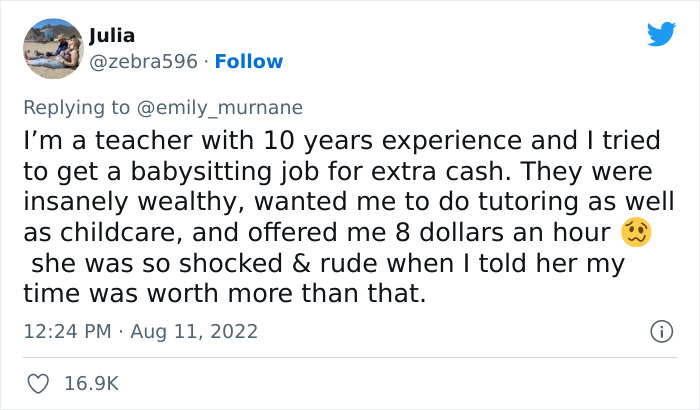 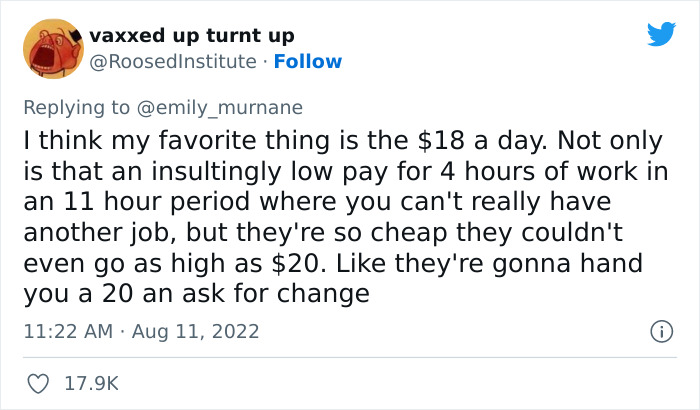 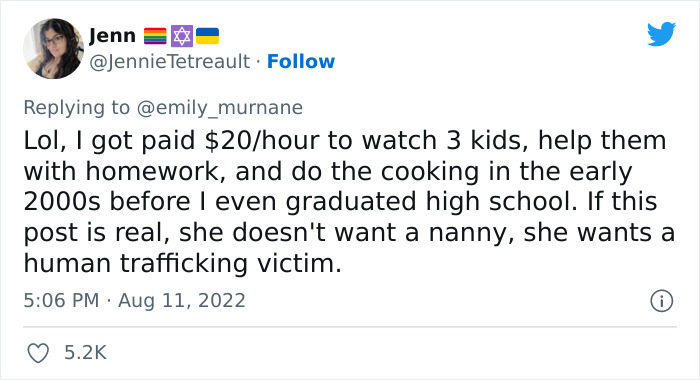 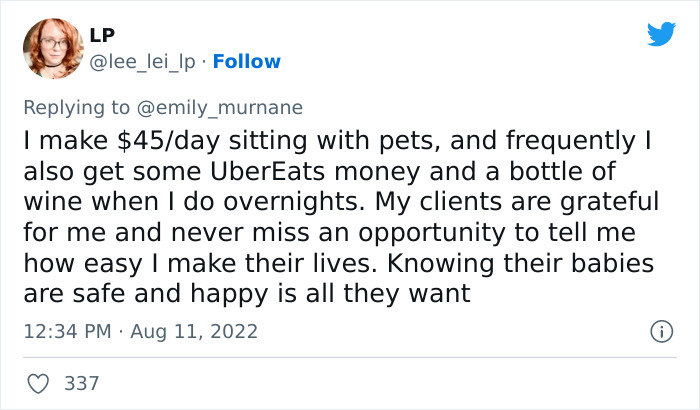 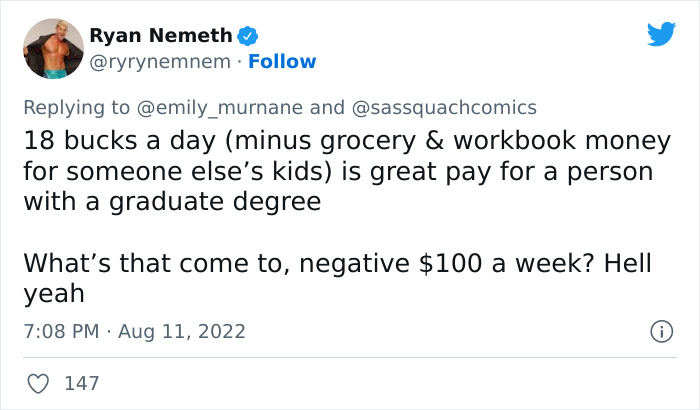 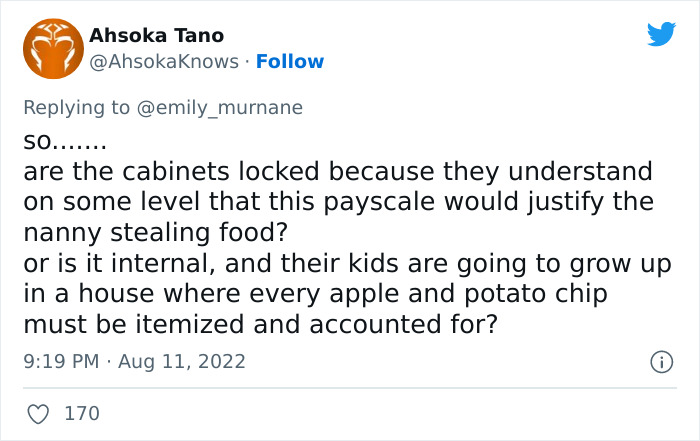 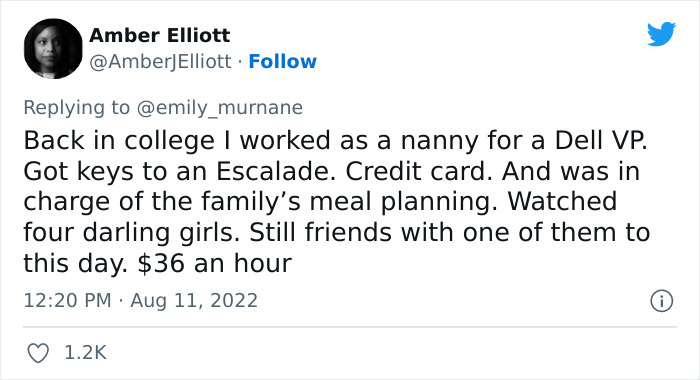 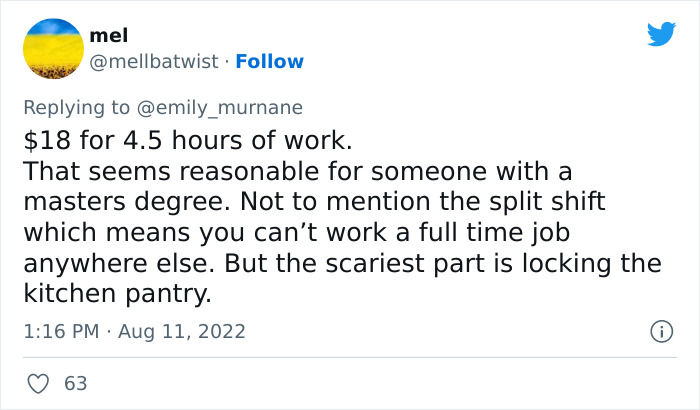 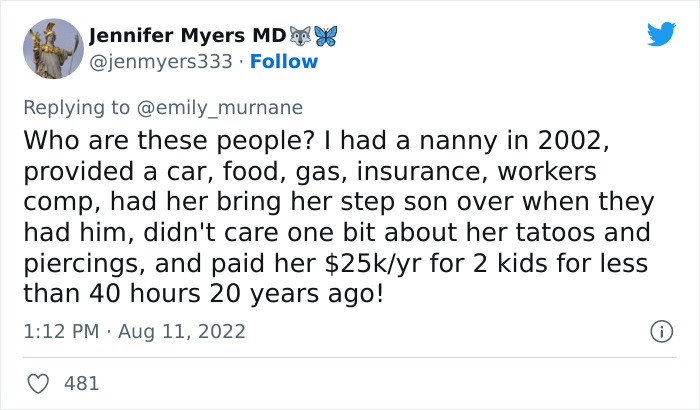 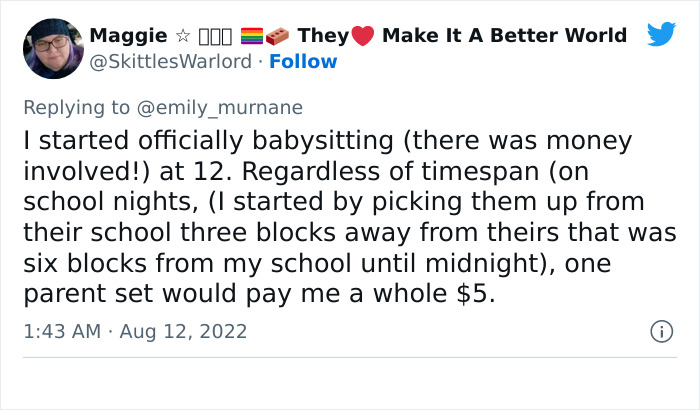