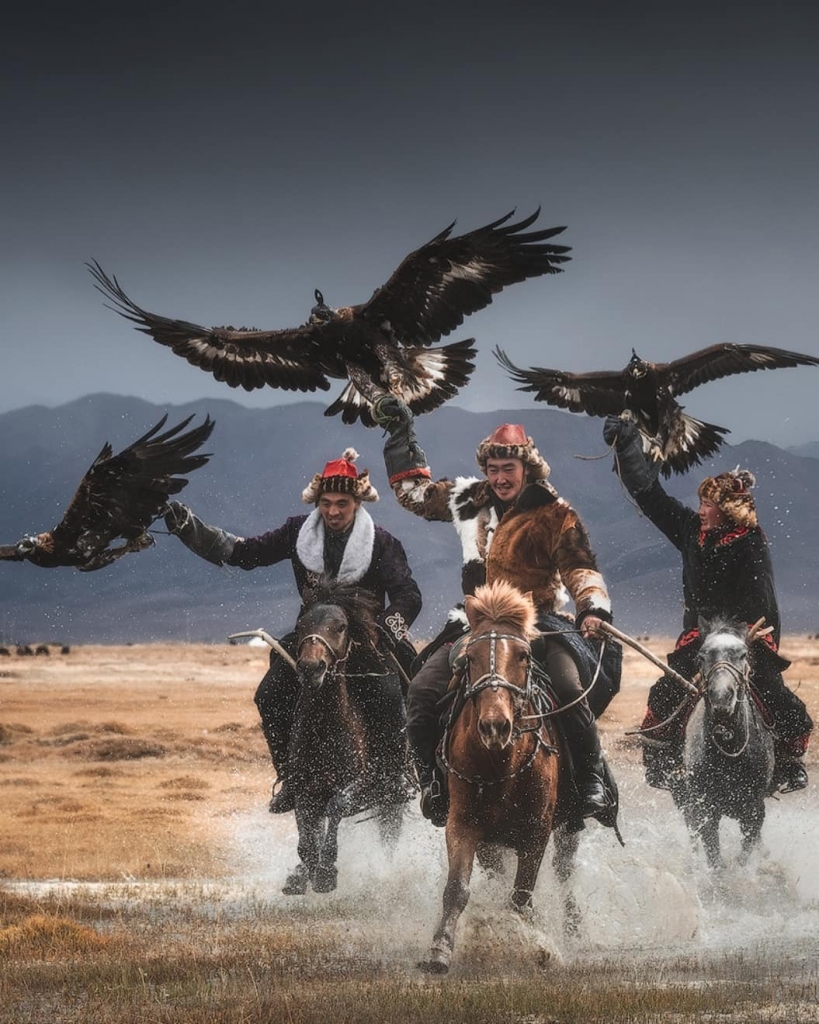 In the far reaches of Mongolia, a small group of nomads keeps the tradition of eagle hunting alive. Also known as falconry, this ancient tradition requires skilled handlers to train birds of prey to assist in hunting wild animals. In ancient times, the practice was restricted to the noble classes, but today berkutchi—as it’s called in Mongolia—is a right of passage for young men living in Western Mongolia’s Altai region.

Golden eagles are the most commonly used birds in the region, a rare feat as eagles are notoriously hard to train and manage. But the approximately 300 remaining eagle keepers forge a deep bond with their companions, skillfully working with them in a unique partnership to hunt foxes and small hares. Photographer Daniel Kordan recently spent time with a group of eagle keepers, where he was able to capture the beauty of their bonds.

Each September, a large berkutchi festival takes place, attracting tourists from around the region. But Kordan’s experience was decidedly more intimate, as he used local guides to connect with nomad families, who brought him in and introduced him to the area’s eagle keepers. His images demonstrate the power and skill of both the handlers and the eagles, as well as the pride both parties take in their shared mission.

Kordan, who also leads photography workshops and expeditions, came away from his time in Mongolia with a renewed respect and appreciation for the people he encountered. We had a chance to speak with him about his experiences and learn more about what people can expect if they participate in his next visit to Mongolia. 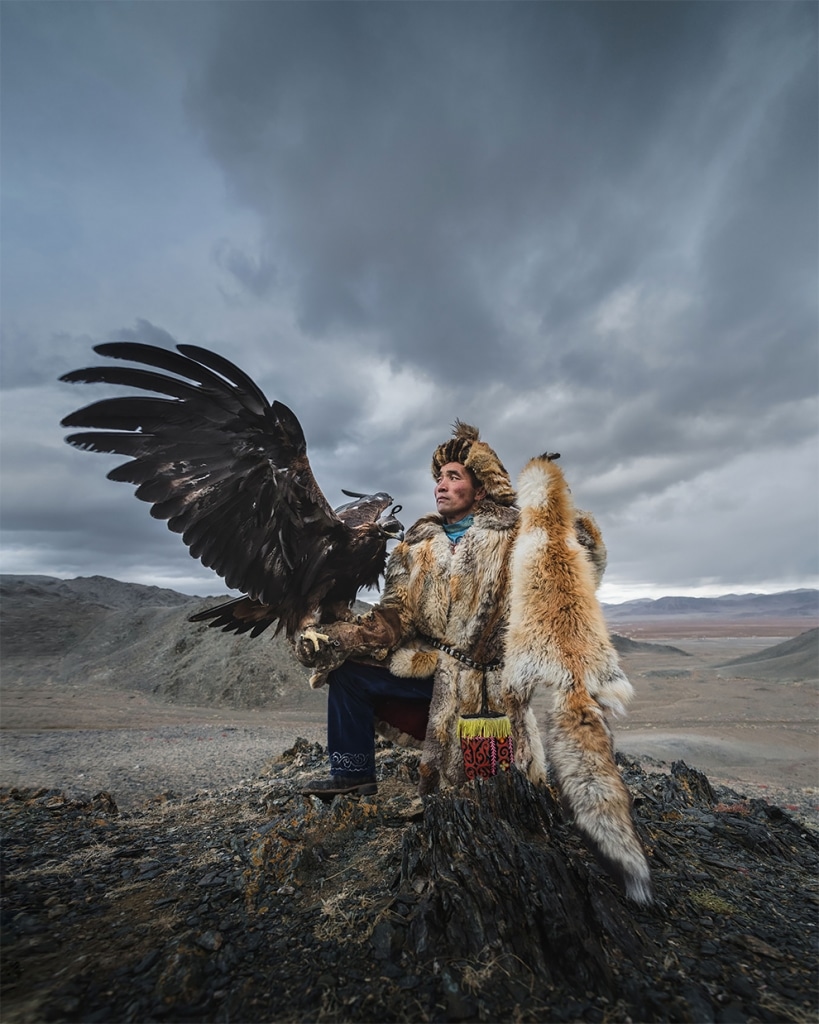 Why did you decide to focus a series of photographs specifically on the eagle keepers?

I’m fascinated by nomad culture. It’s an elusive culture, almost extinct nowadays. There are just around 300 eagle keepers left keeping this thousand-year-old tradition. It’s hard to keep and so easy to move toward “civilization,” but these people try to keep the tradition and pass it on through generations. 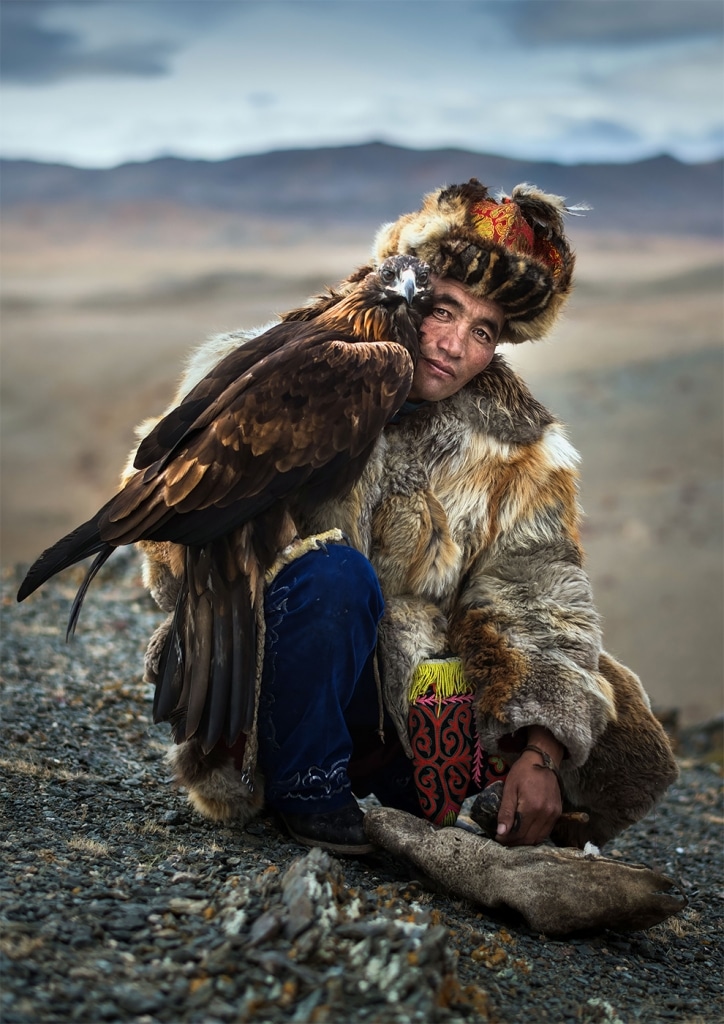 What was the most surprising thing you learned about the eagle keepers?

That people are actually very happy with this life, no matter how hard it is. And even kids starting from 13 years old can keep their eagle. The bond with the bird is so strong! Actually, even the eyes and the look of the eagle and its master resemble each other. They also respect their bird and release it into the wild after it turns 10 years old. 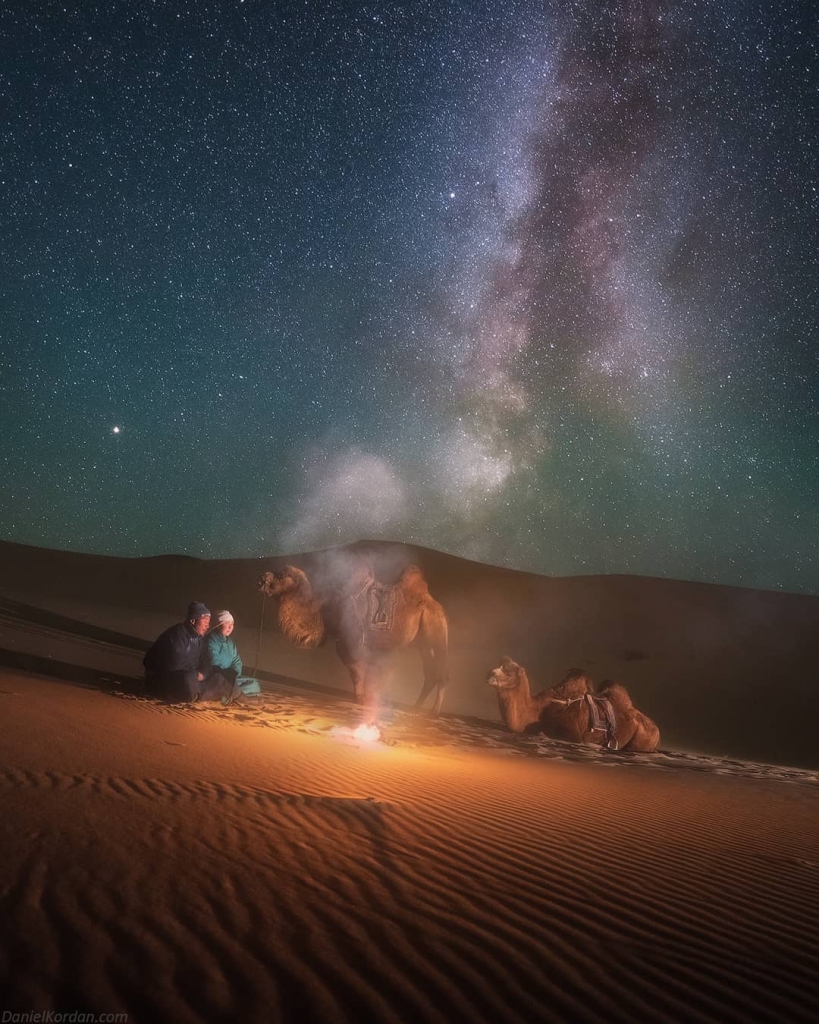 Can you share a bit about their daily routine?

They start the day early, by taking care of their horses, sheep, goats, cooking meals, and making furs. Closer to winter and in the spring they migrate from one spot to another. Sometimes nomads need to travel thousands of kilometers. So winter migration is the most fascinating thing. Every day they need to assemble their Ger tent and move to another place with all their herds. That’s lots of endurance and work. 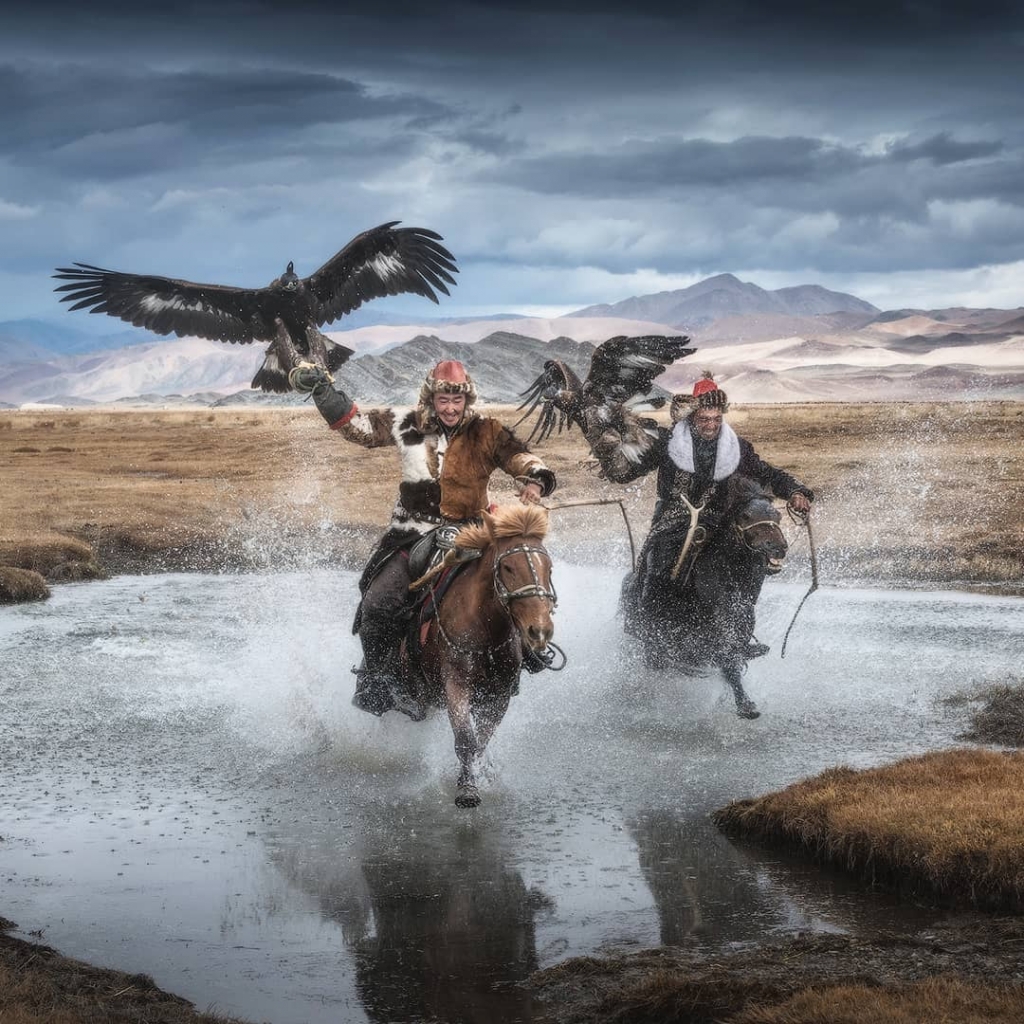 What did you hope to capture about their culture in your photographs?

I hope that people will keep saving their traditions and value them. These places are hard to reach, so I’ve tried to show the nomads’ unique culture to the world. 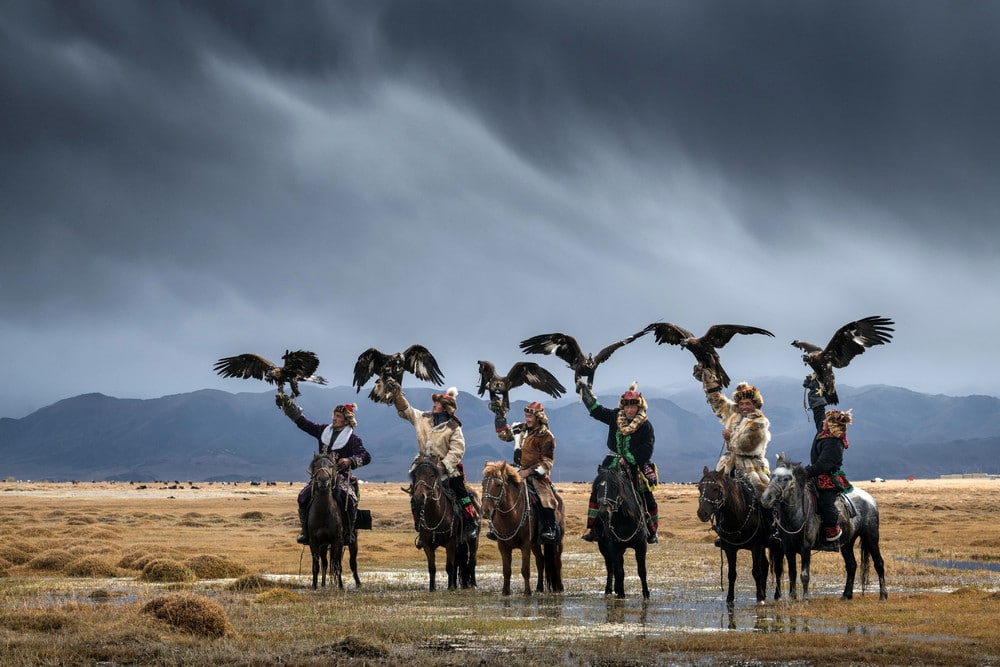 How were you able to originally make contact with them?

I found local guides and drivers to bring me to nomads. It took me a while to find the right contacts during my research. Basically, all nomad families are connected, so after you find the first connection, it’s easy to communicate. I also speak Russian and it helped to communicate with them, as some of older people know Russian from Soviet times. 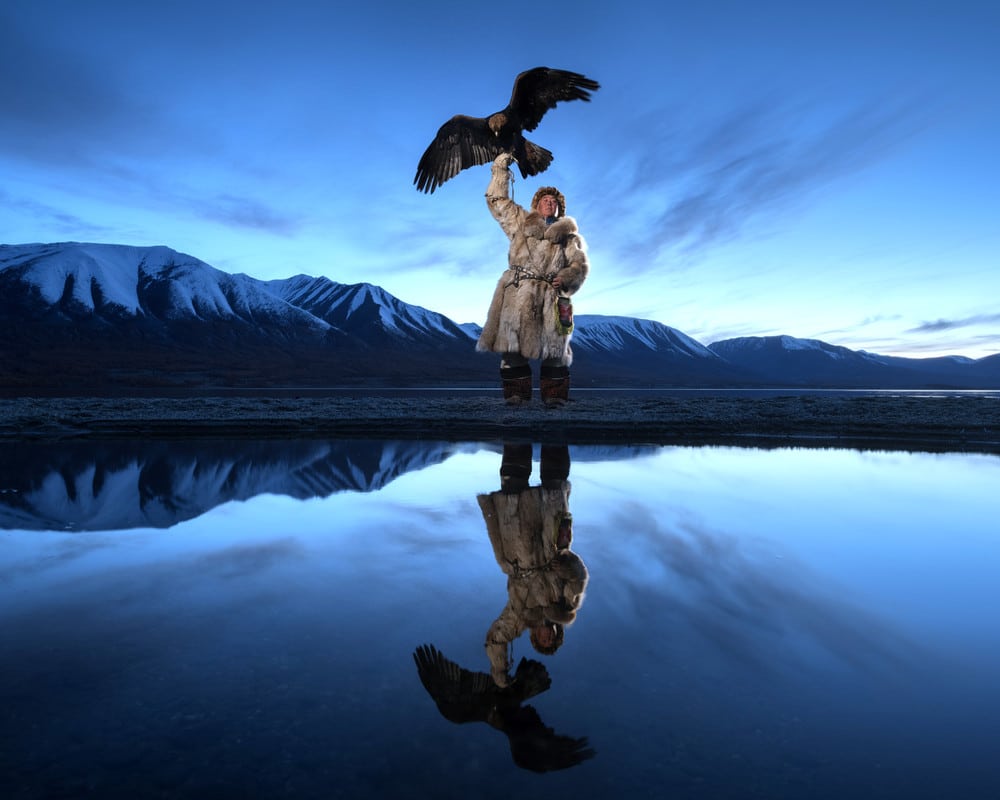 I know you will be going to visit the eagle keepers again next year as part of your photography tour. What can people who participate in the program expect?

We organize an amazing eagle hunters festival, where our guests can actually feel like they are inside the movie set. And all the eagle hunters are very friendly to the photographers. The main public eagle festival berkutchi is very popular now, attracting thousands of people. So it’s almost impossible to take good photos there. So, we organize our own private festival just for our group. I’m very happy that I can support nomadic culture in this way. 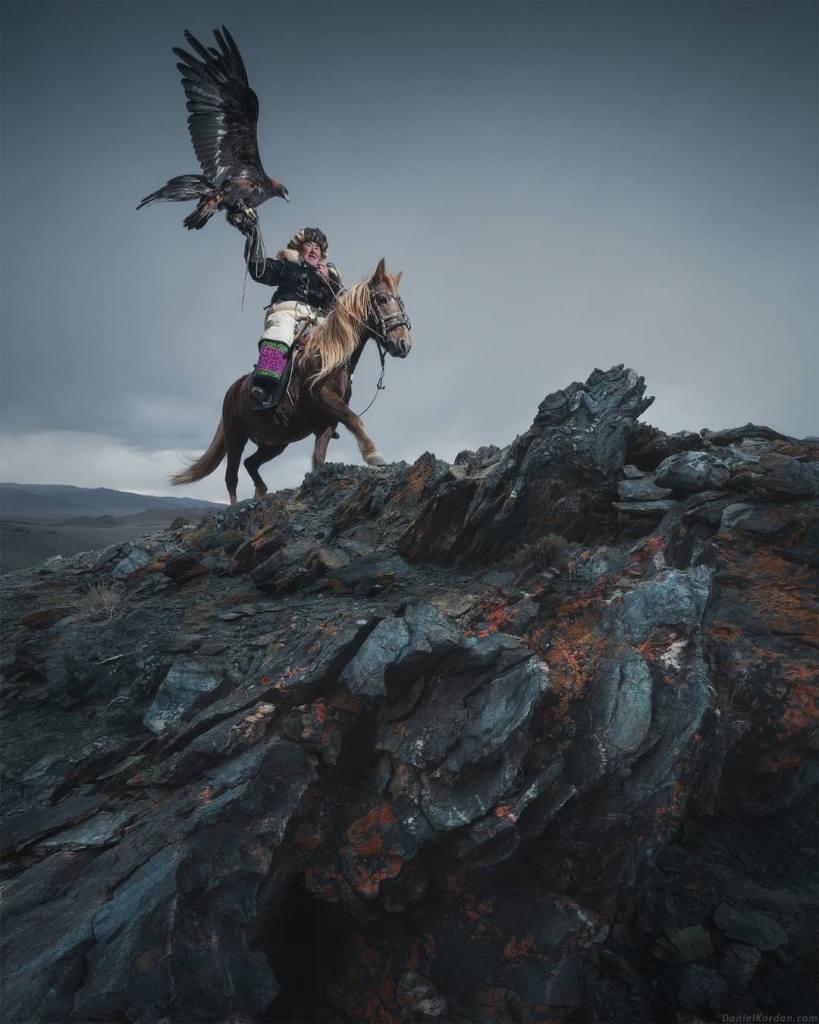 What do you hope the public takes away from your photographs of Mongolia?

I hope that people will think about their native traditions. We need to respect our ancestors and continuing to preserve traditional culture definitely makes our lives better and filled with purpose. 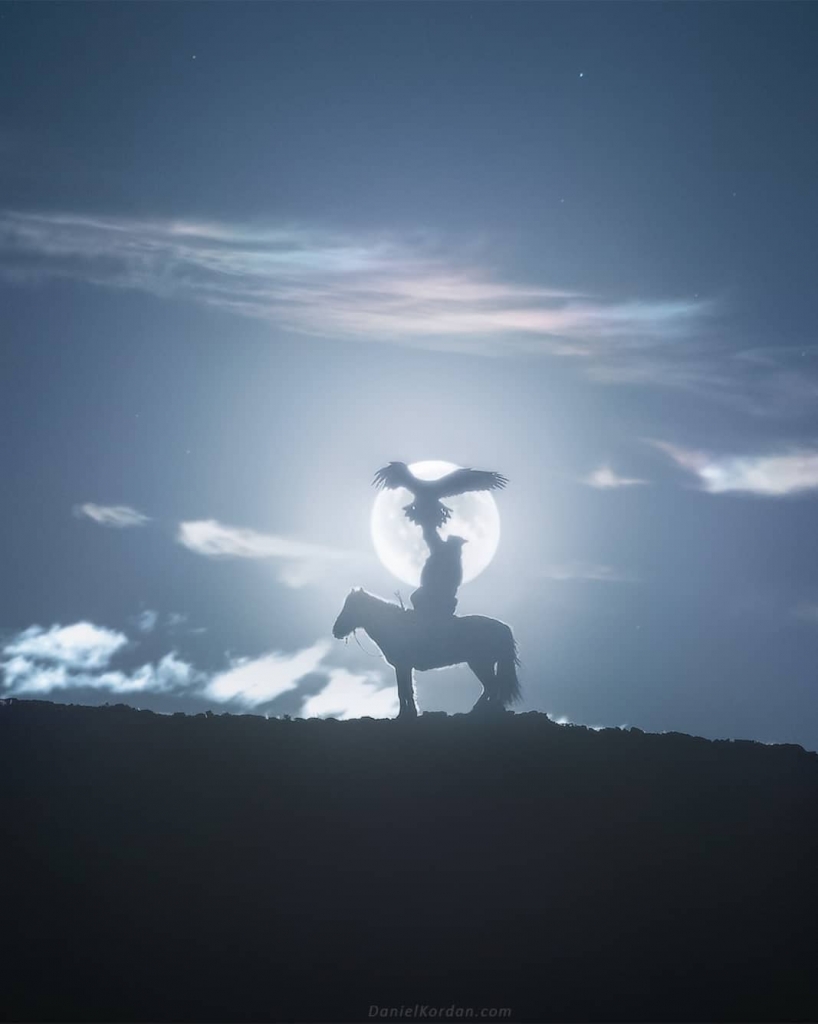 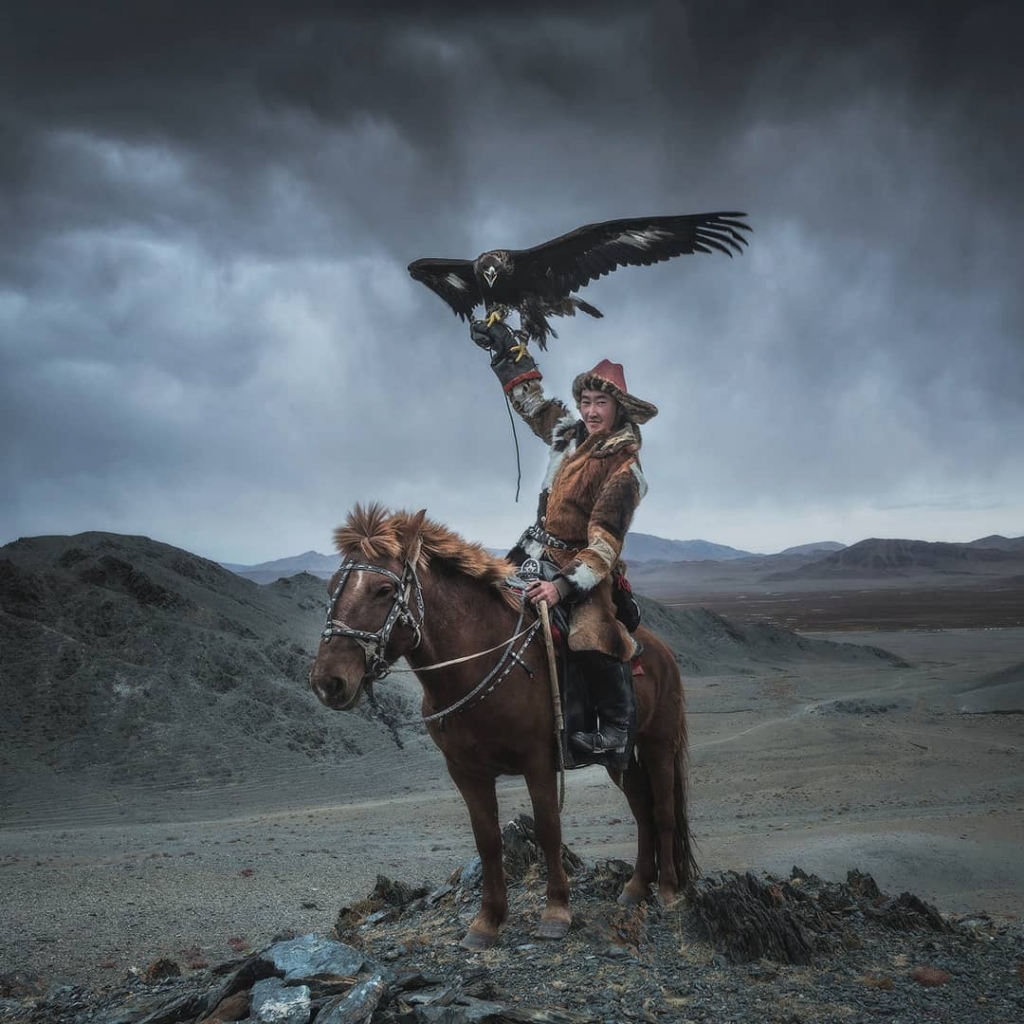 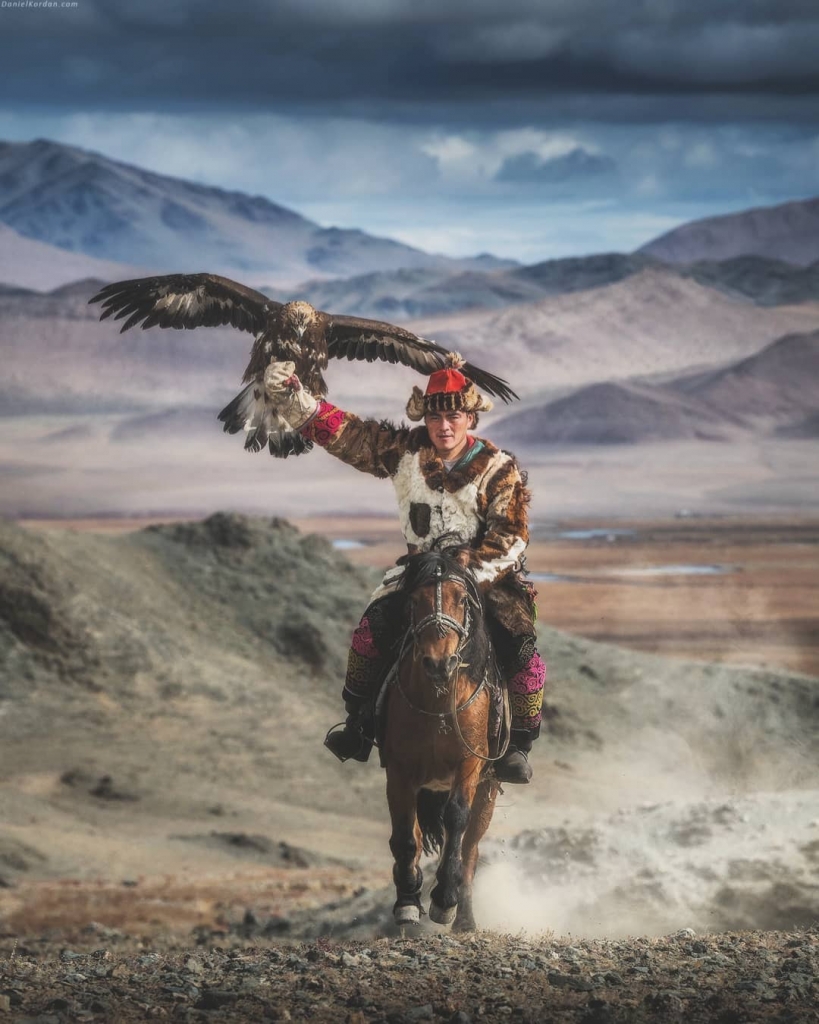 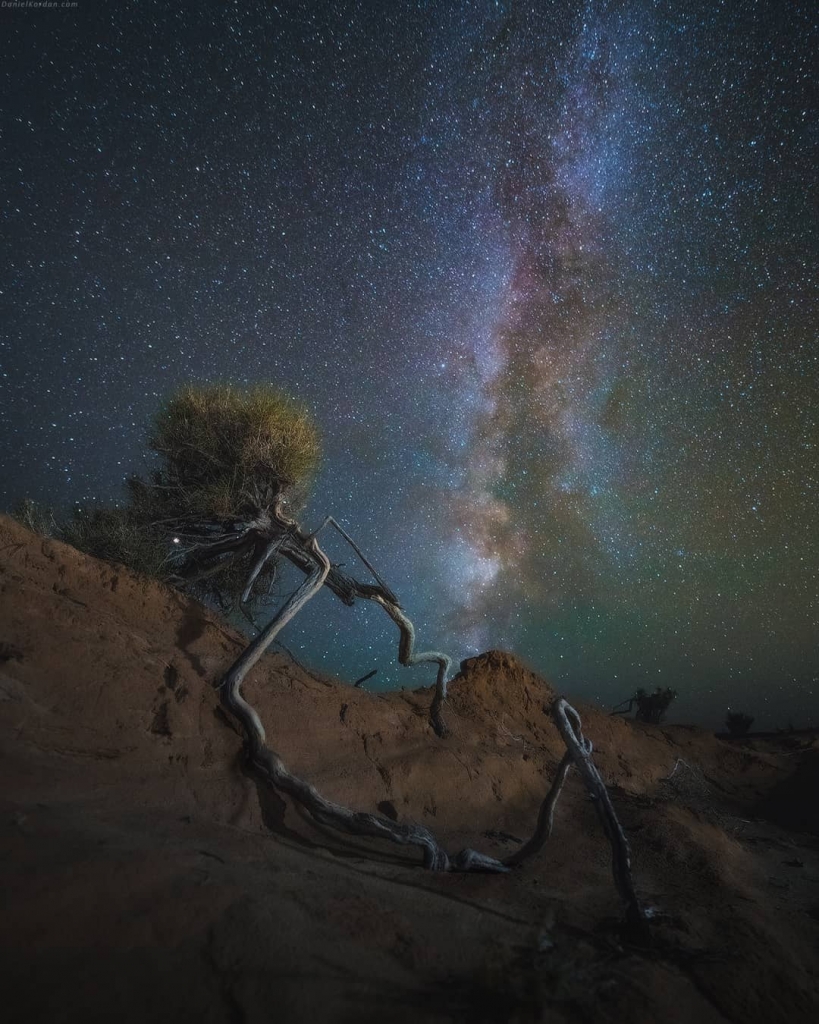 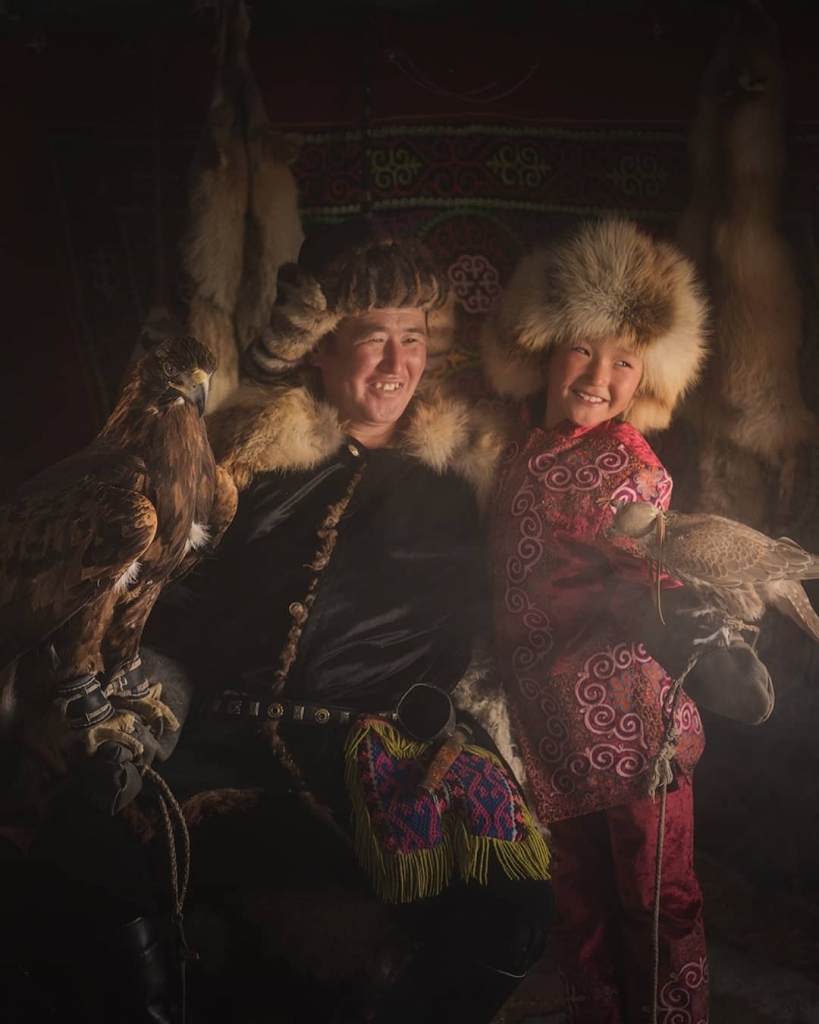 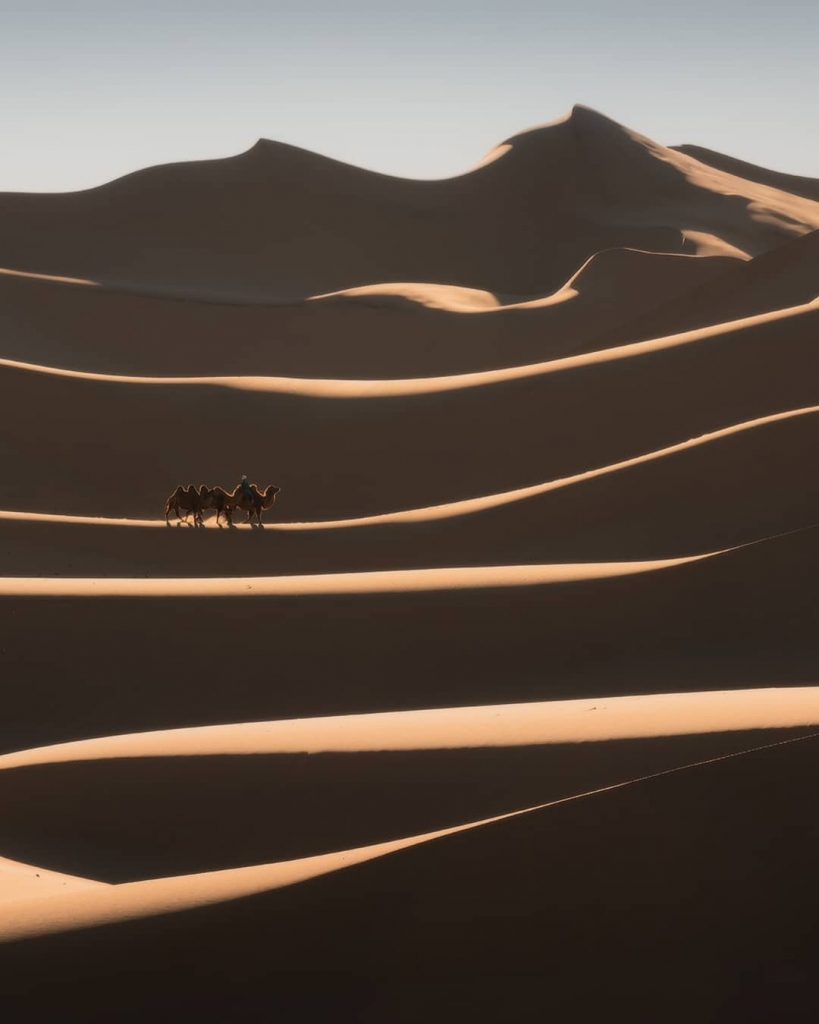 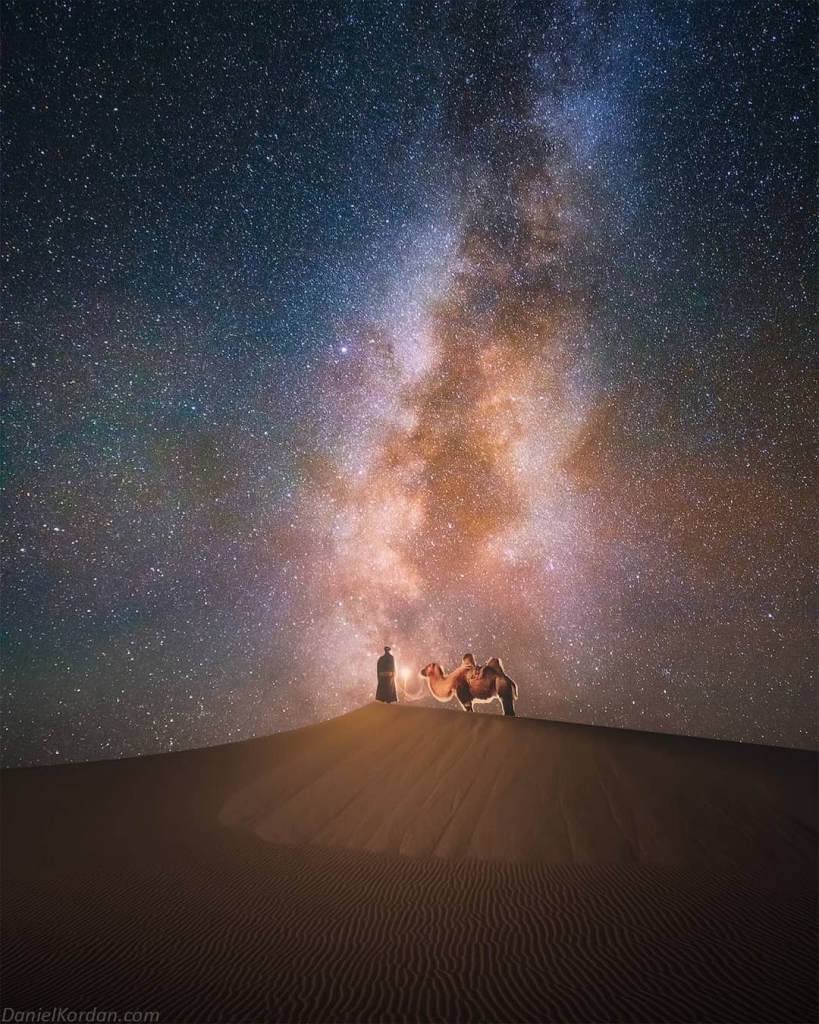 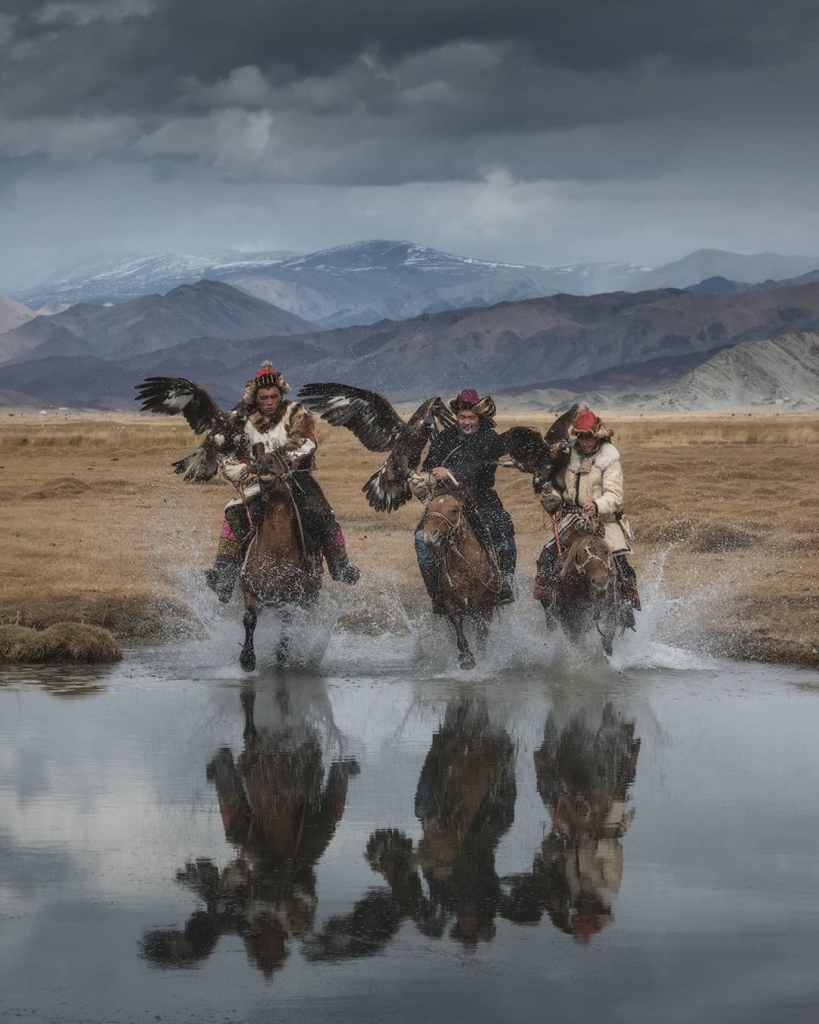 My Modern Met granted permission to use photos by Daniel Kordan.

Interview: One Photographer’s Journey to Immortalize the Nomadic People of Northern Mongolia

Powerful Portraits Capture the History and Masculinity of Mongolian Wrestling

The post Interview: Capturing the Beautiful Bond Between Mongolian Eagle Keepers and Their Birds appeared first on My Modern Met.