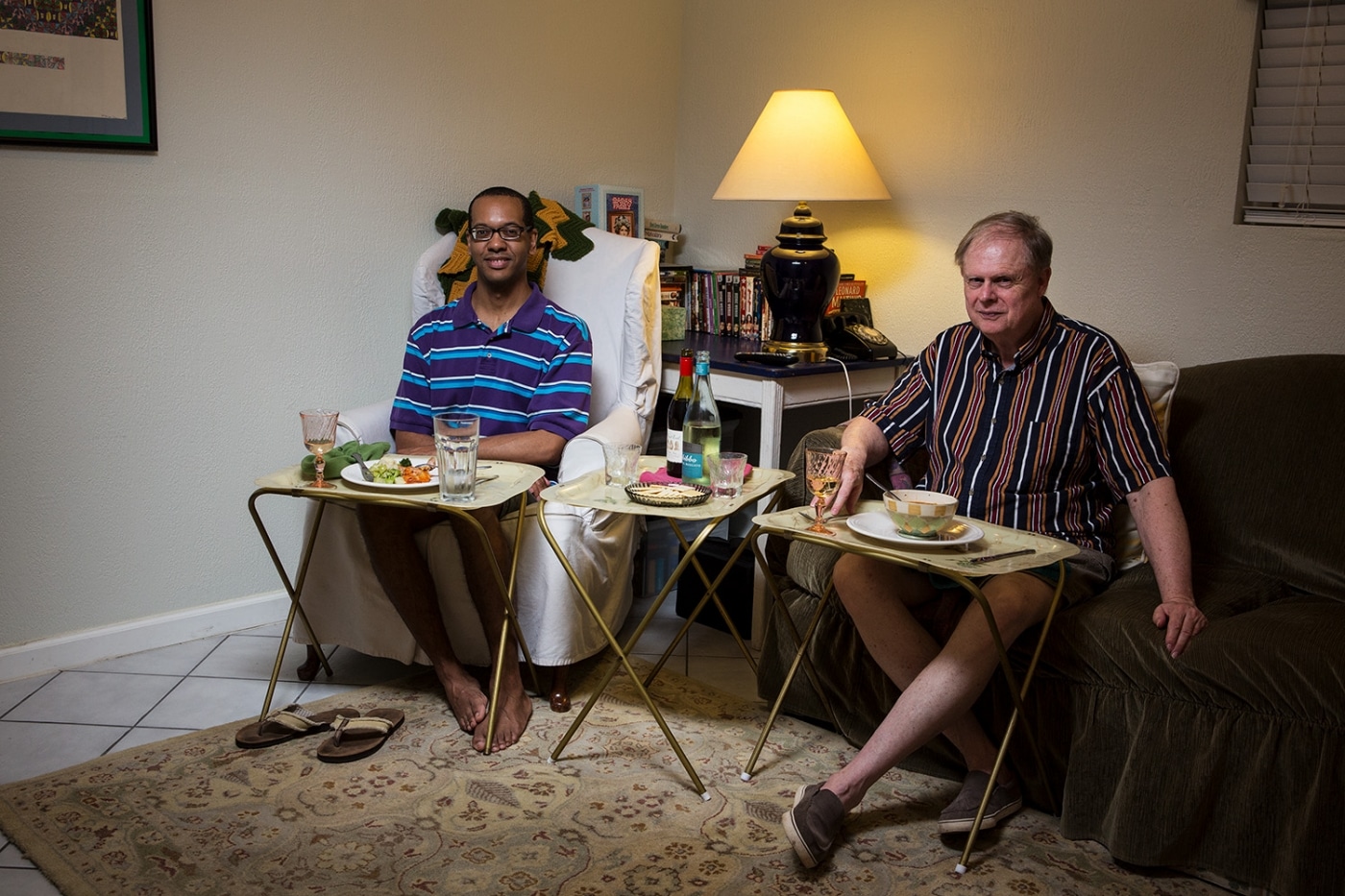 What is your dinner routine like? Whether you sit down to the table at 6:30PM on the dot, or eat in front of your TV at 8PM, you probably have some sort of custom. Photographer Lois Bielefeld is fascinated by this particular ritual; it transcends our differences in age, race, and culture, reminding us of our shared humanity. In her series Weeknight Dinners, she captures a “typical evening” meal for individuals and families in the United States.

Bielefeld was strategic about that the times that she snapped these pictures. “I photographed the portraits Monday through Thursday evenings,” she writes, “when time constraints due to work, parenting, and family activities often dictate dinner rituals.” This gives people less of an opportunity to cook a fancy meal on her behalf, and the results are revealing. Although some people eat at a table, just as many eat on their couch or the floor. They also dine together, yet separated—one person will sit in a single chair while someone else will be across the room on a couch.

Each image is a thought-provoking look into that individual (or family), and it makes you wonder what life is like beyond dinner time. These photographs are normally shown as large prints in gallery/museum type spaces, allowing us to observe and take in all of the rich details.

Bielefeld is represented by the Portrait Society Gallery in Milwaukee, Wisconsin. We had the opportunity to ask her about Weeknight Dinners. Scroll down to read our exclusive interview. 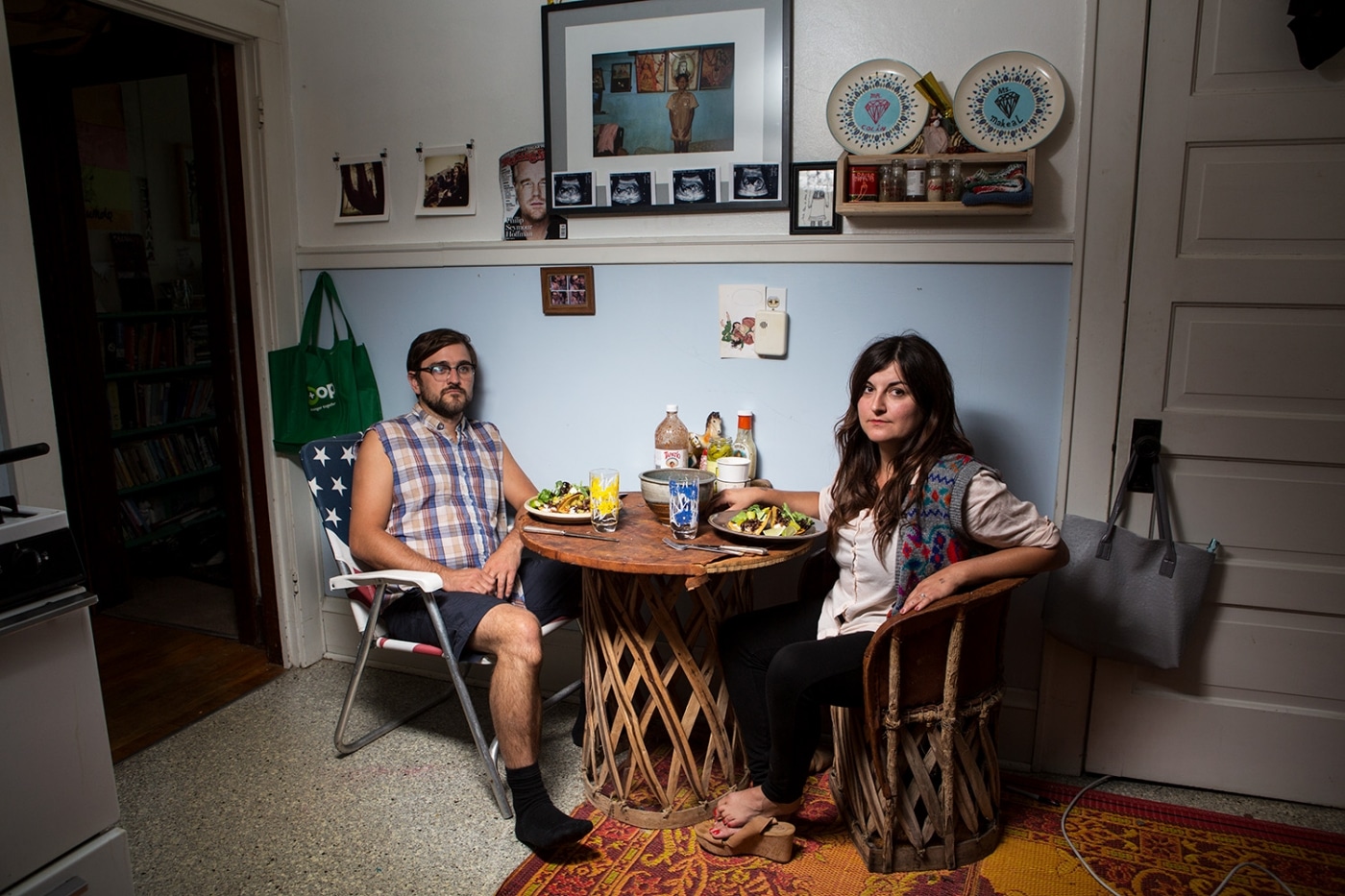 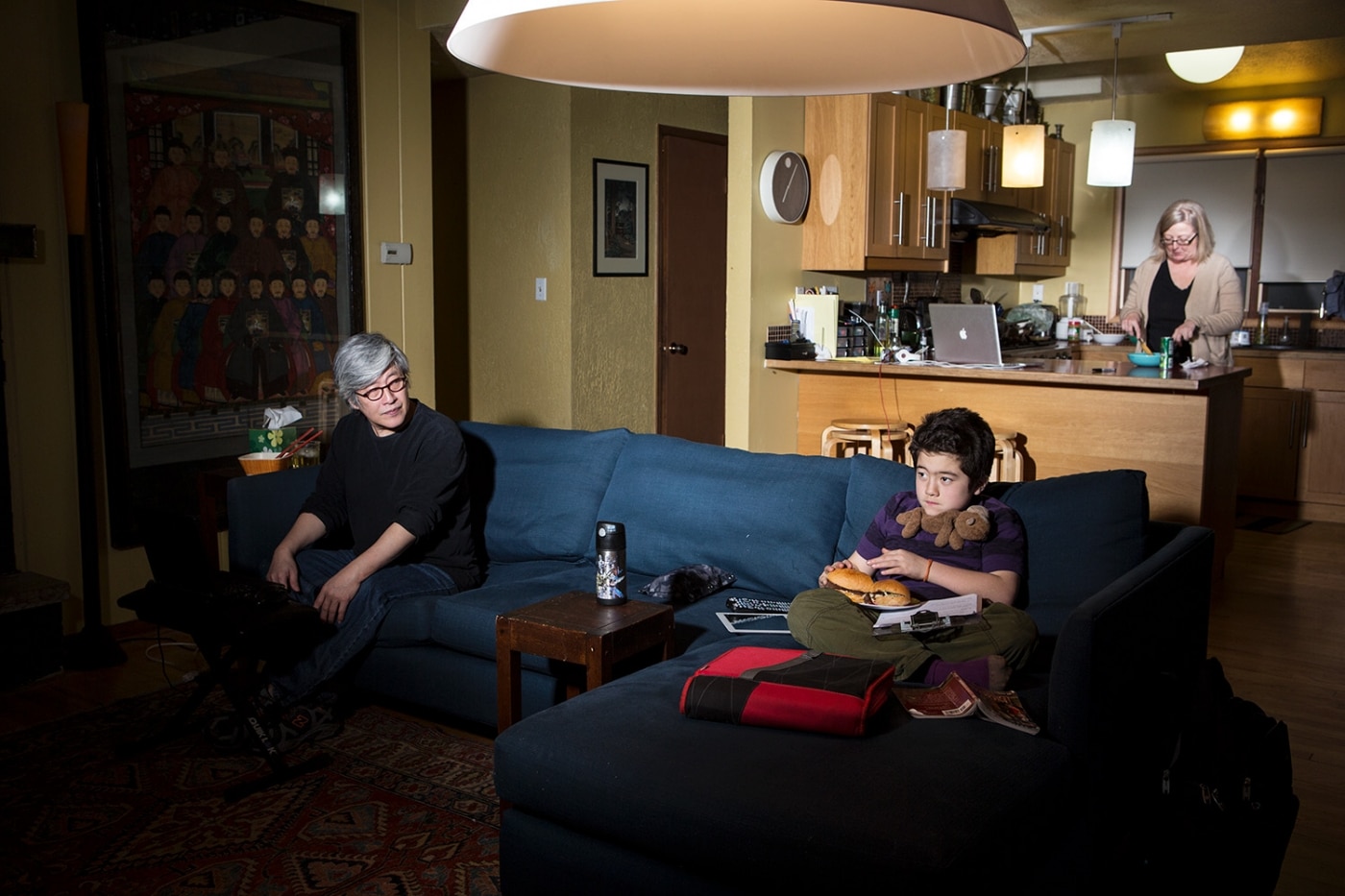 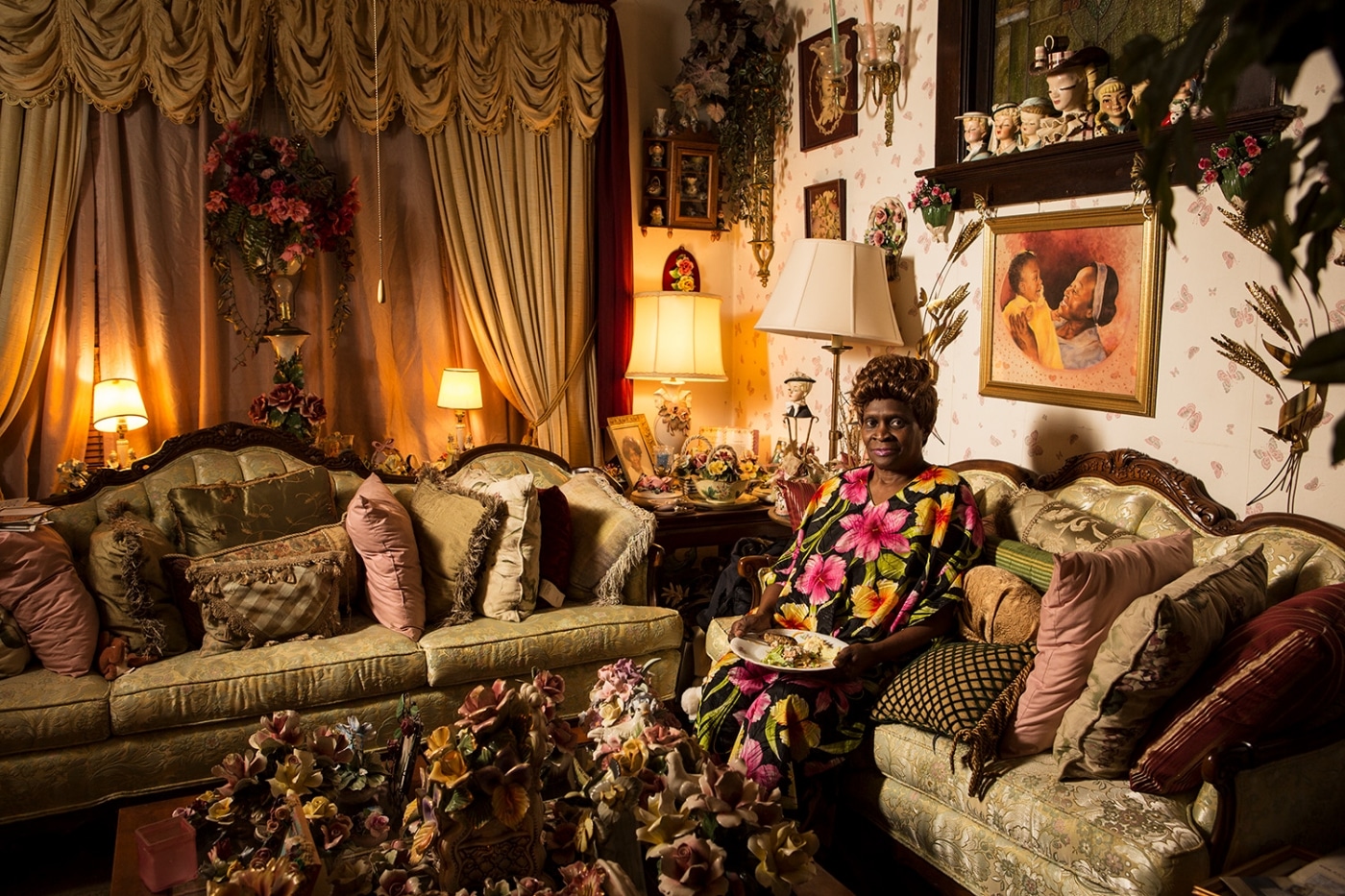 What draws you to exploring the common rituals of people?

People are incredibly complex. Yet on a day to day basis, we revert to our habits because it’s easier [face it, we’re cognitive misers]. There is a consistency in our habits and rituals that to a degree define who we are. I am continuously curious about why people do things, what they are doing, where are they doing it, and how. Perhaps it’s because I’m really nosy but it’s also because I’m interested in our immense diversity. What forms behavior and personality? What is the essence of each person? I have almost exclusively (save for a 10-week residency in Luxembourg) focused on American social studies in my photographic, audio and video endeavors. 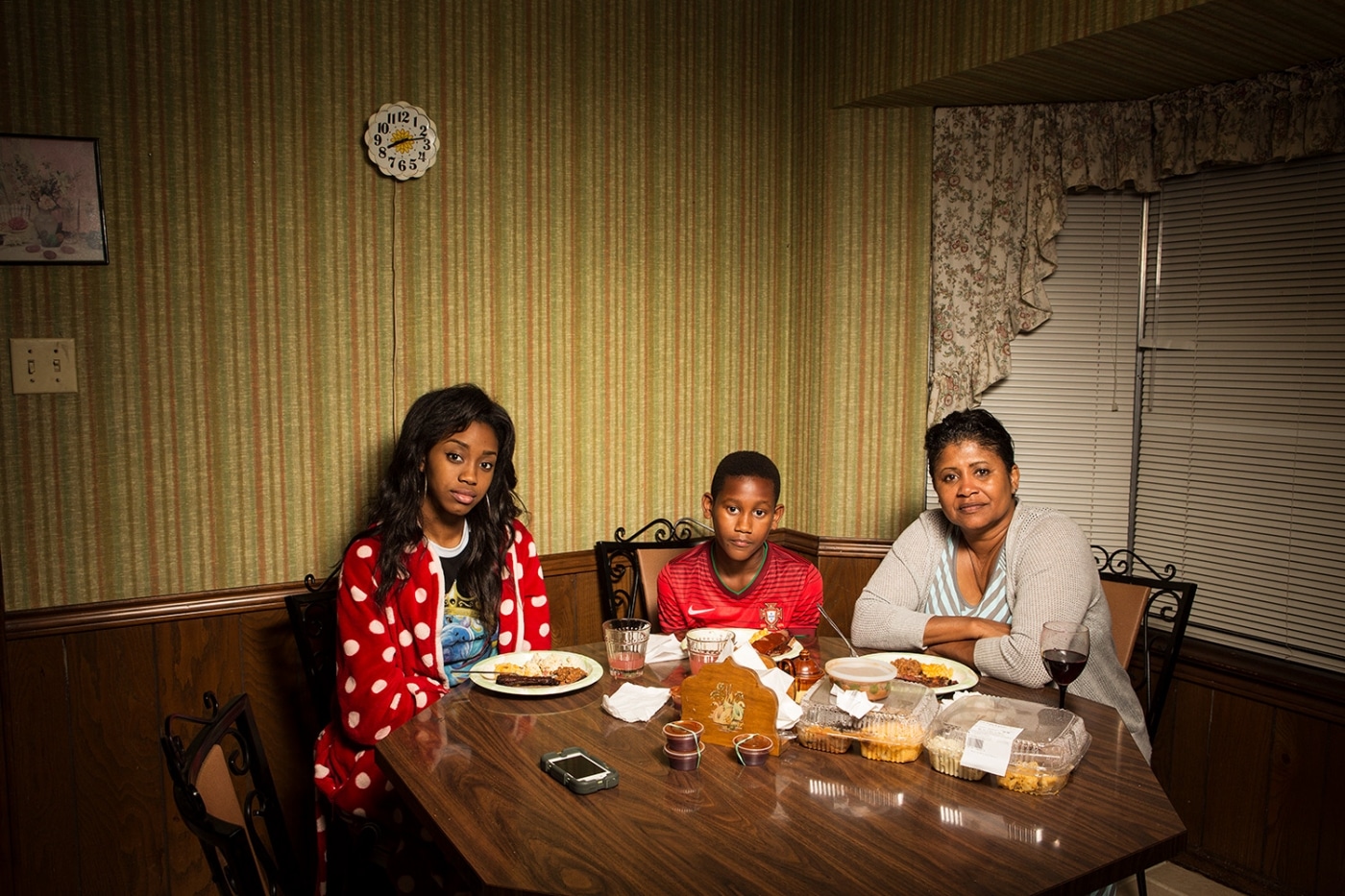 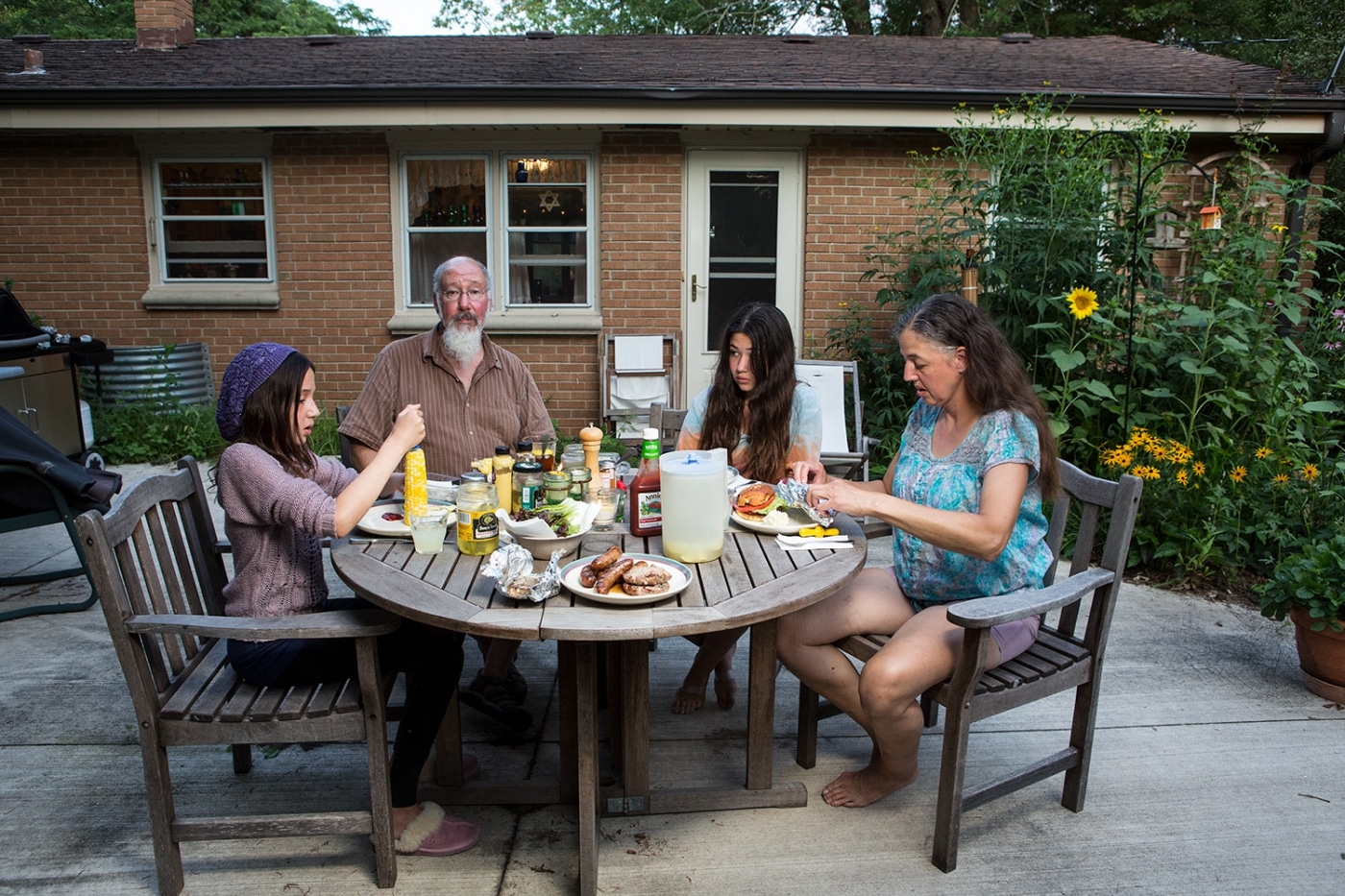 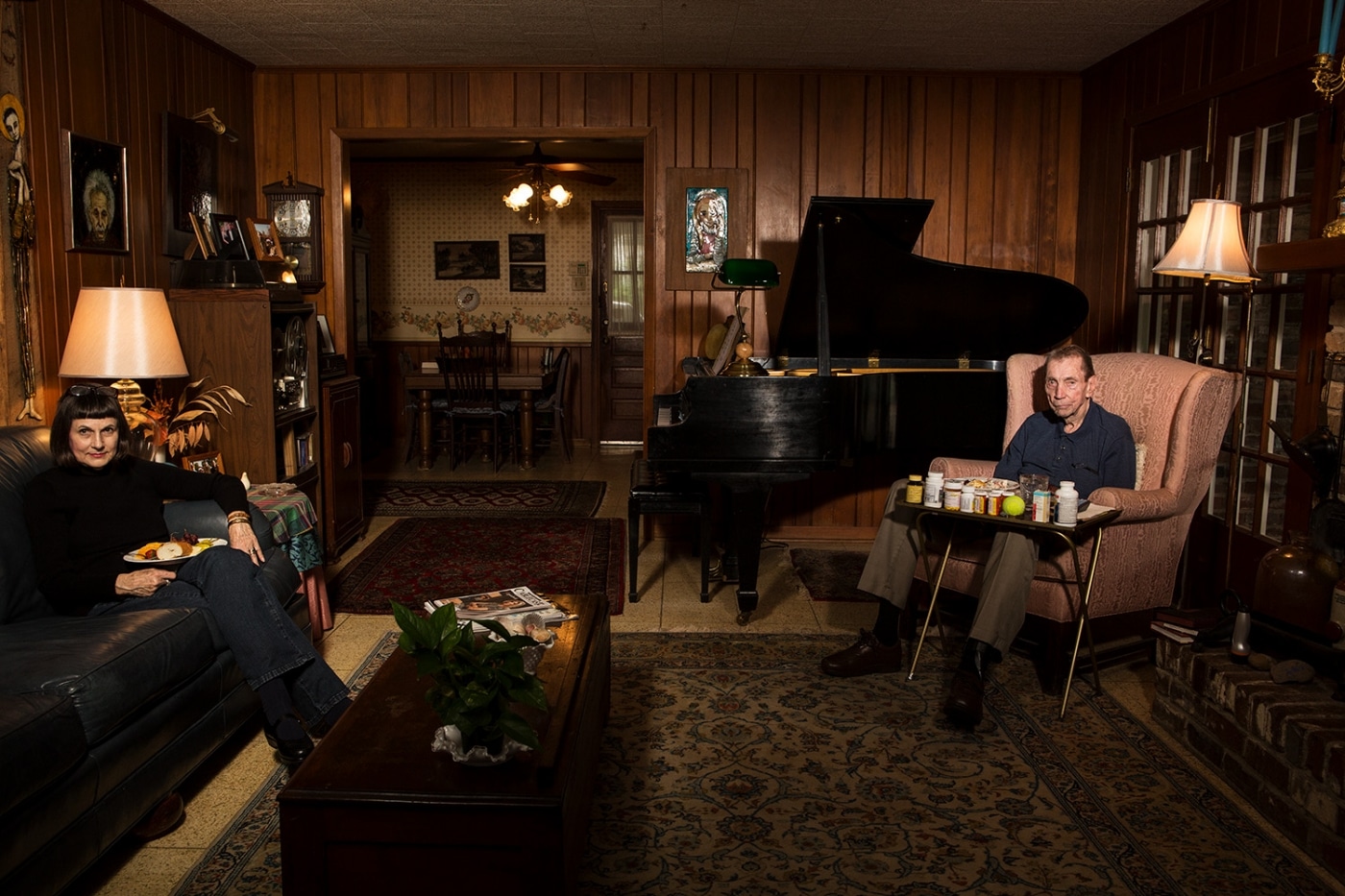 What was the process of shooting these images?

My process is straightforward. I asked my subjects to prepare whatever they normally would for a weeknight dinner—nothing out of the ordinary. But I can’t control how people want to present themselves and occasionally I’d show up and there would be this elaborate meal with a Cornish game hen and fancy bowls with raspberries in it! But this to me is just as interesting and part of the series – how people want to be seen as opposed to their normal habits. I set up as they put together their meal—I light them and sometimes the space although I try to maintain some of the ambient light’s feeling and presence. After I light and the food is ready, everyone assumes their normal eating place.

For this project, I photographed as they sat down to eat but before they started eating. In between photographs, I ask several questions about their habits. Do they cook, if so from recipes or ad-libbing? Who cooks? Tell me about why they eat here? Do they always eat together? Who does the shopping and meal planning? I find this helps put people at ease and more comfortable to be photographed. I take 25-30 images and then pack up as they resume their meal. Occasionally people would invite me to their table. I always send my subjects a print and keep them posted about the series. 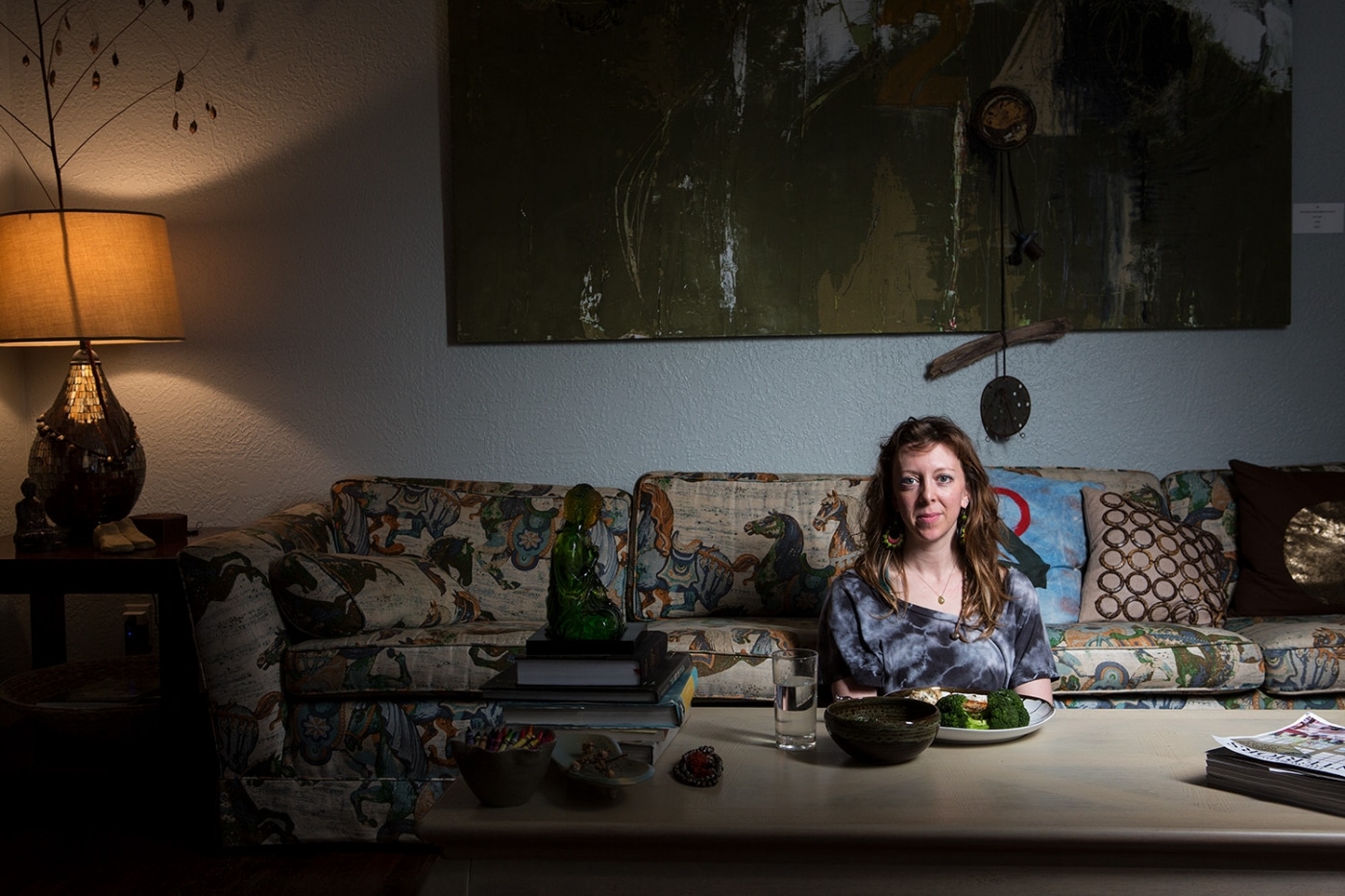 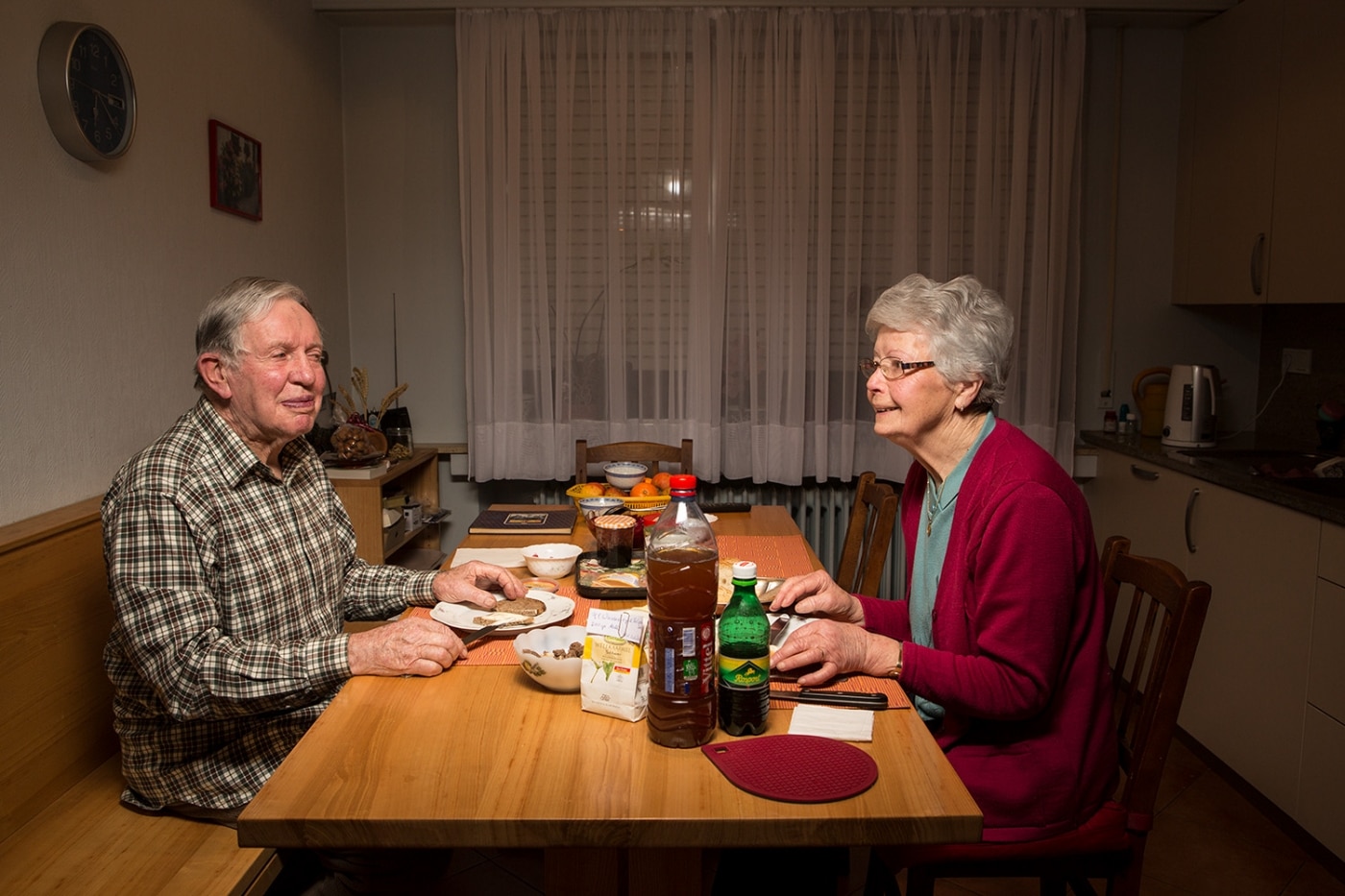 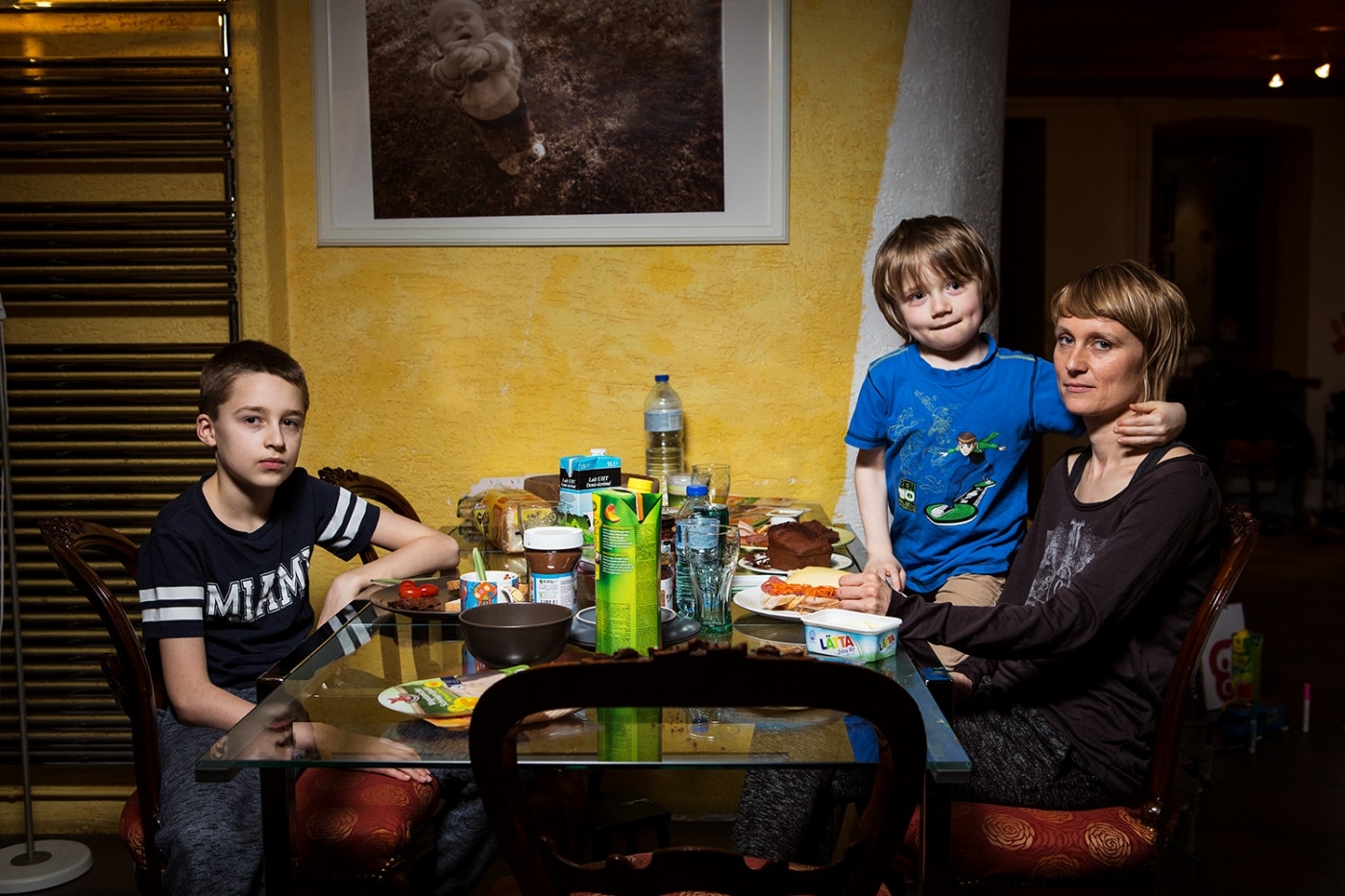 How well did you get to know the people you photographed?

In general, people were quite open with this project. Often when I begin a new series, I reach out to people I know and sometimes whom I’ve photographed for other series (I love seeing different views into the same people’s lives over the span of time and sometimes space). I just returned from photographing down south (Texas, Louisiana, Oklahoma, Arkansas) for the third time in the past 6 years. I have built some wonderful relationships with some of the people i have continued to photograph and I cherish seeing people again and catching up on their lives and in some cases watching children grow up. As a project progresses I start photographing strangers which I reach out to in a variety of ways. Sometimes in public I’ll just see someone, other times people will recommend people to me. I have also posted about projects on community forums and bulletin boards—it really depends on the body of work. 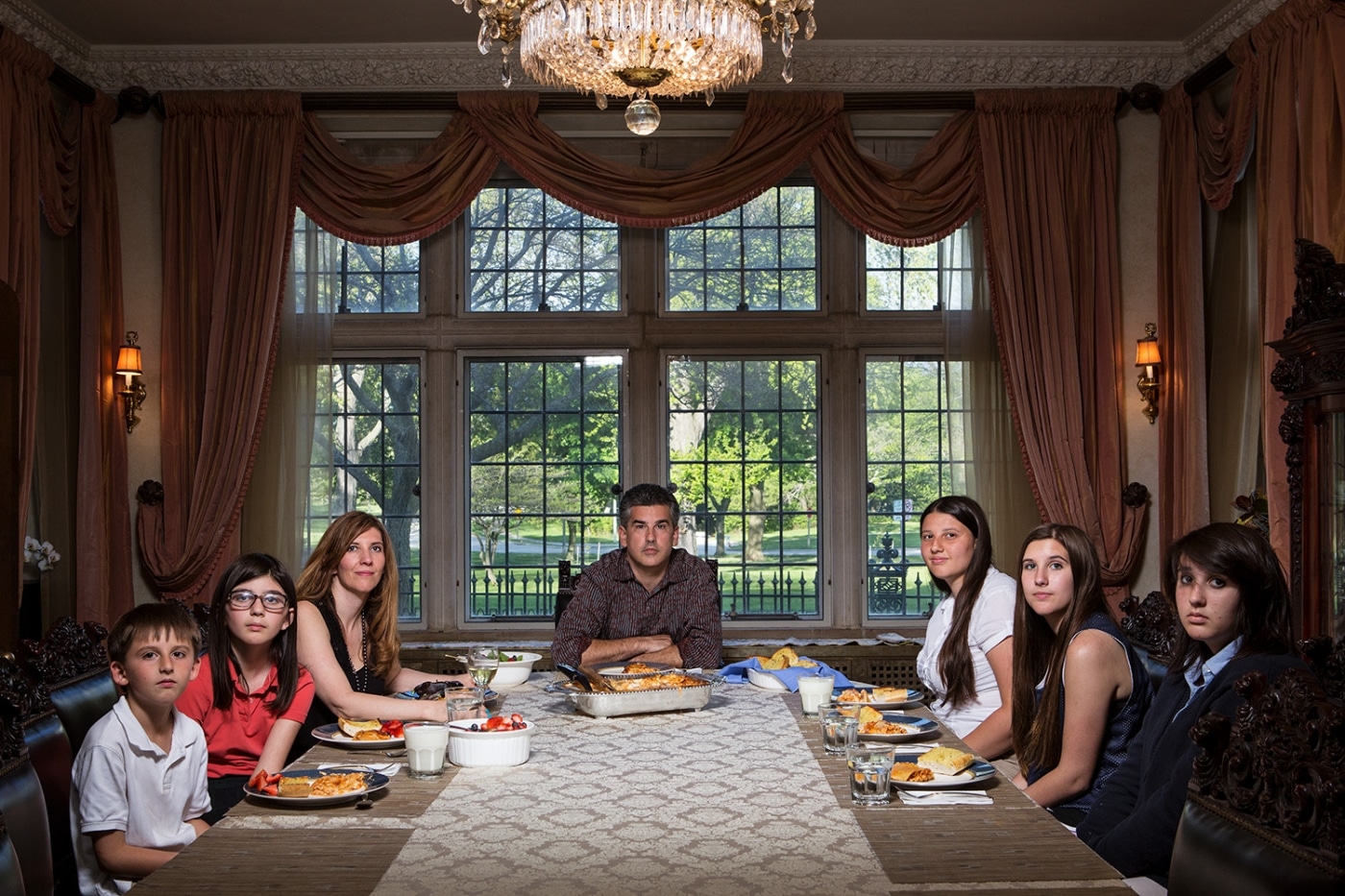 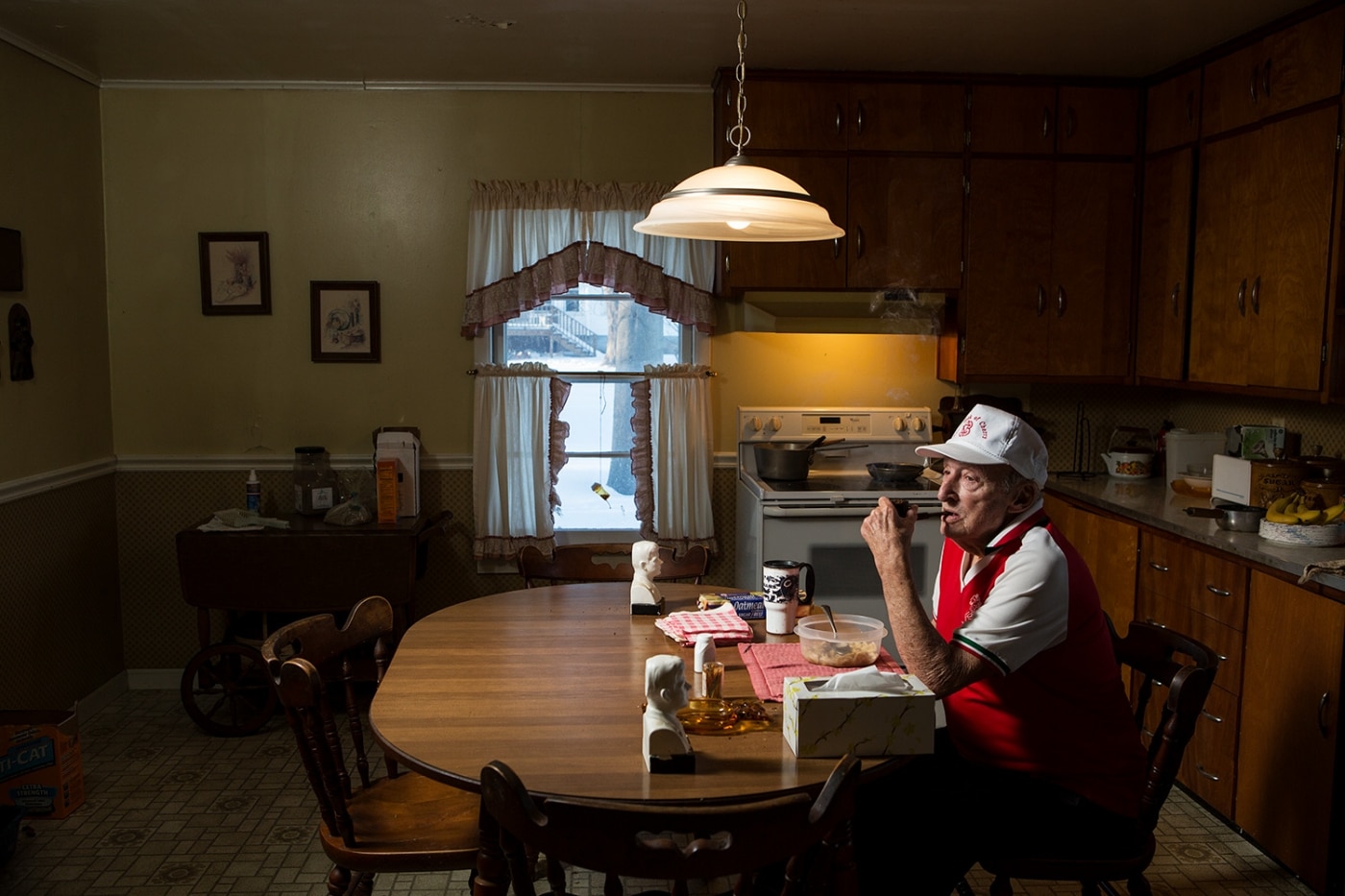 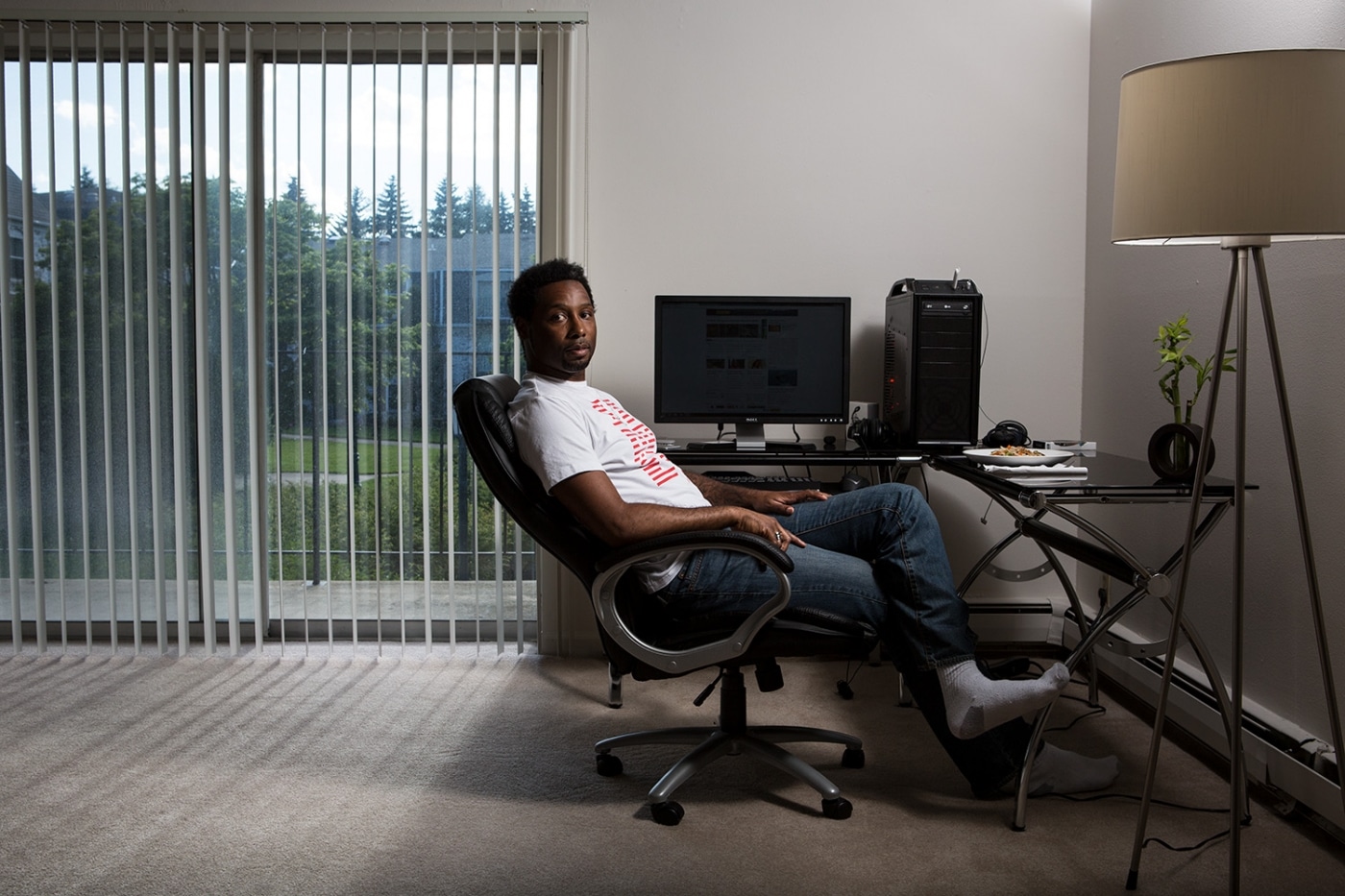 What was the most surprising thing in photographing these portraits?

I was surprised by the vast differences in where people ate and what they ate. The archetype or projected ideal associated with dinner is families eating at the table—everyone eats at the same time and eats the same food. This was rarely the case during my portraits. Some families would picnic on the floor every night while another gentleman always stands at the countertop, reads the newspaper, and looks out the window on the street while he eats. Other families ate in different parts of the home and all prepared their own quick meal. I observed this quite often—people would eat together but eat different things. It was a way to make mealtime peaceful with different tastes. 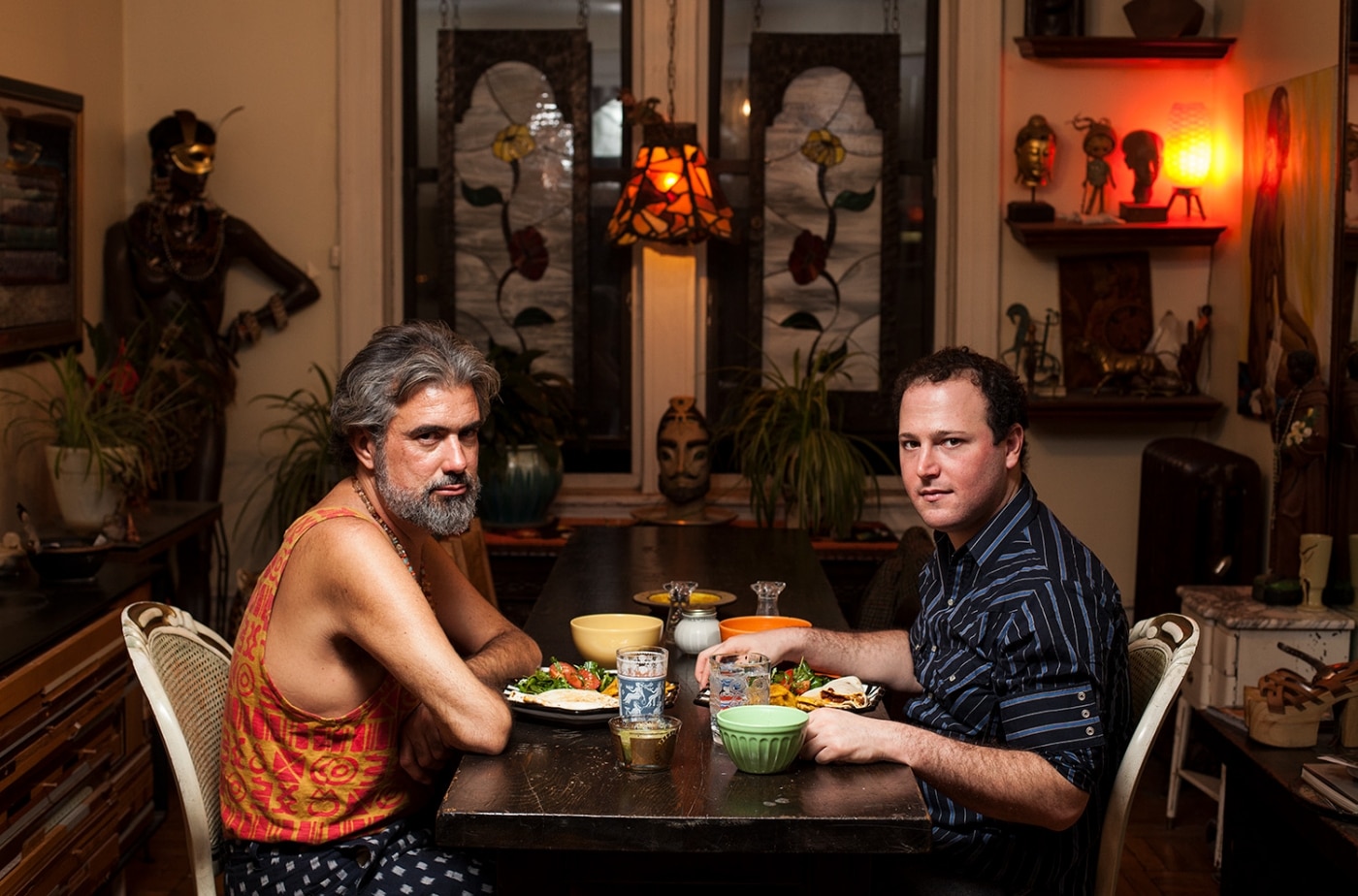 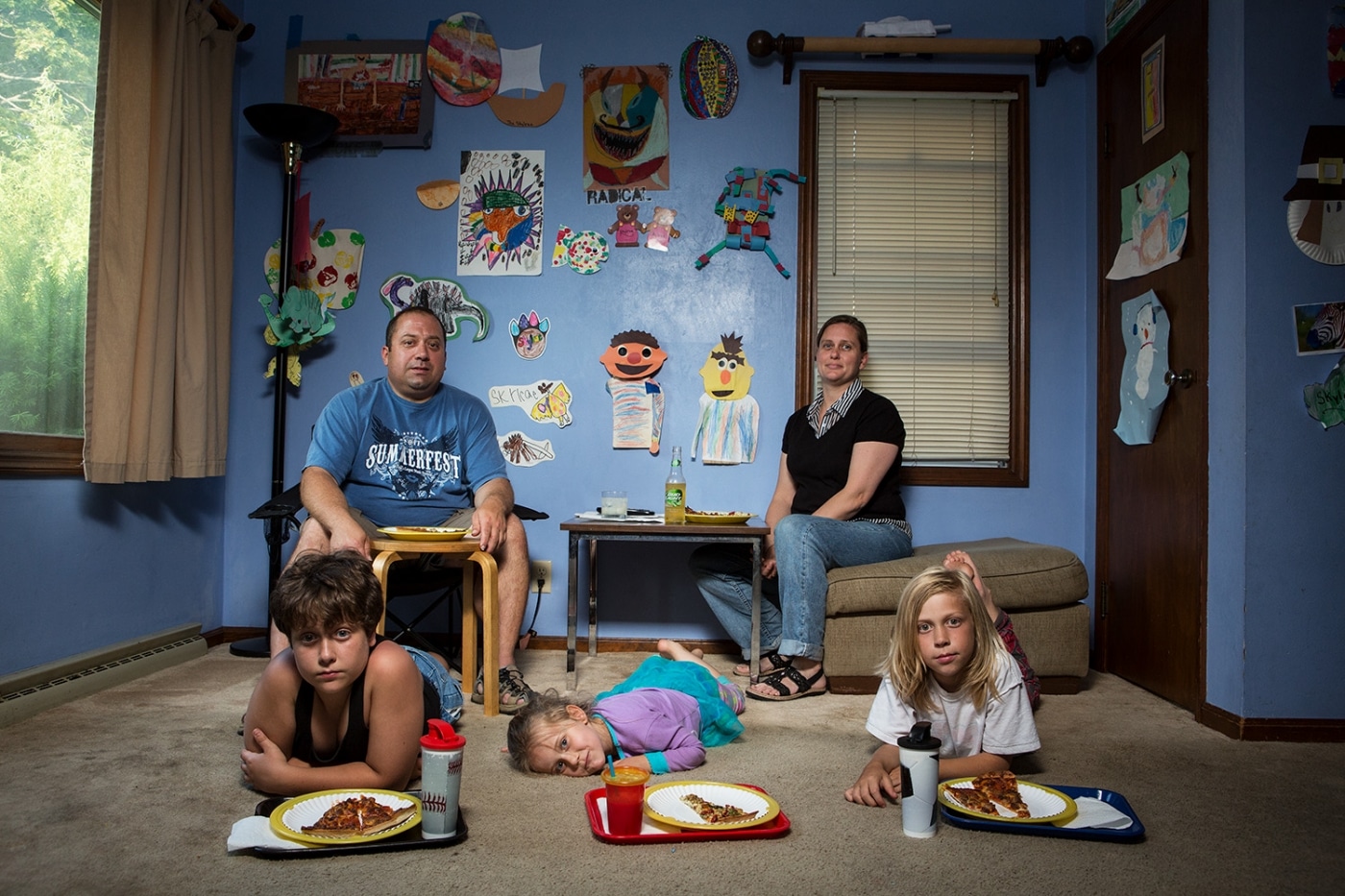 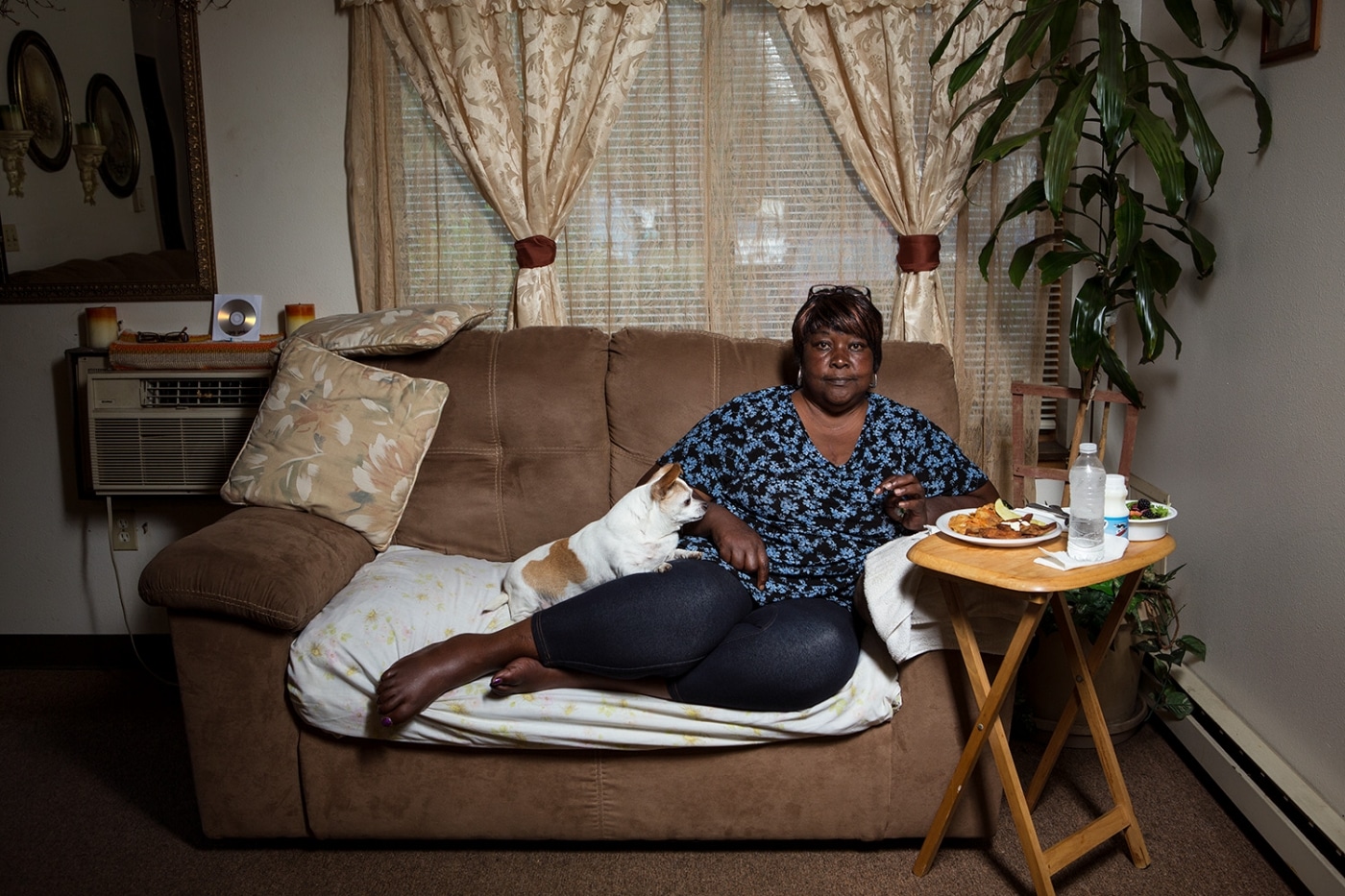 What do you hope viewers take away from your series?
There is a strong sense of voyeurism and a subsequent self-identification that happens when looking at the photographs. The work is meant to be viewed as large scale prints where you can really take time with the image and look at all the details and subtle gestures. I want people to see all of the similarities and differences that encompass our culture and hopefully be enriched by this. I also hope that they think about their own meal times and what is important to them.

My Modern Met granted permission to use photos by Lois Bielefeld.

The post Interview: Photographer Reveals What Dinnertime Looks Like Across the U.S. appeared first on My Modern Met.