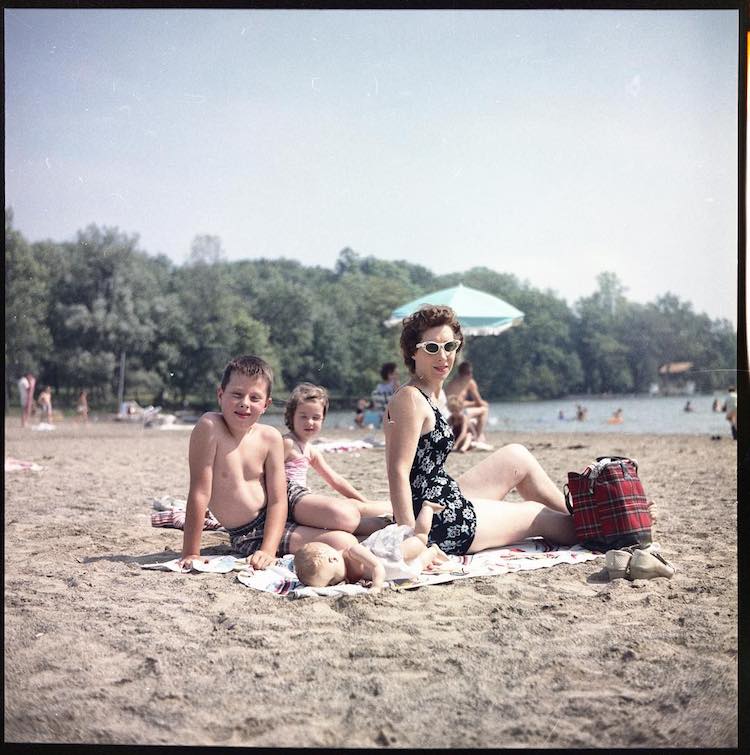 There’s something about old family photos that touches an emotional chord in each of us. Viewing history through this personal lens, through personal memories, we’re able to recognize just how little—and how much—has changed over time. In just under a year, The Anonymous Project has taken the nostalgia of vintage Kodachrome slides and placed them online for the world to see.

Filmmaker Lee Shulman, along with photography curator Emmanuelle Halkin began The Anonymous Project as a way to digitize the fragile film negatives and film that will slowly degrade over time—as most survive around 50 years. Focusing on imagery from the 1960s, when color photography took off as film prices dropped, through the 1980s, they encourage anonymous donors to send in their slides for consideration. Shulman and Halkin carefully curate the submissions, selecting the most nostalgic, candid, and universal images of “family.”

“…Color photography developed into the dominant medium to capture daily life. Not just weddings and graduations, or friends posing for friends, or families gathering for portraits, but everything. Life, often unstaged, caught in lush Kodachrome color. These amateur photographs are a kaleidoscopic diary of that era, all the more fascinating and arresting because of their unpolished quality.”

We had the opportunity to speak with Shulman about how The Anonymous Project began, what he’s learned over this first year, and what we can expect in the future. Read on for our exclusive interview. 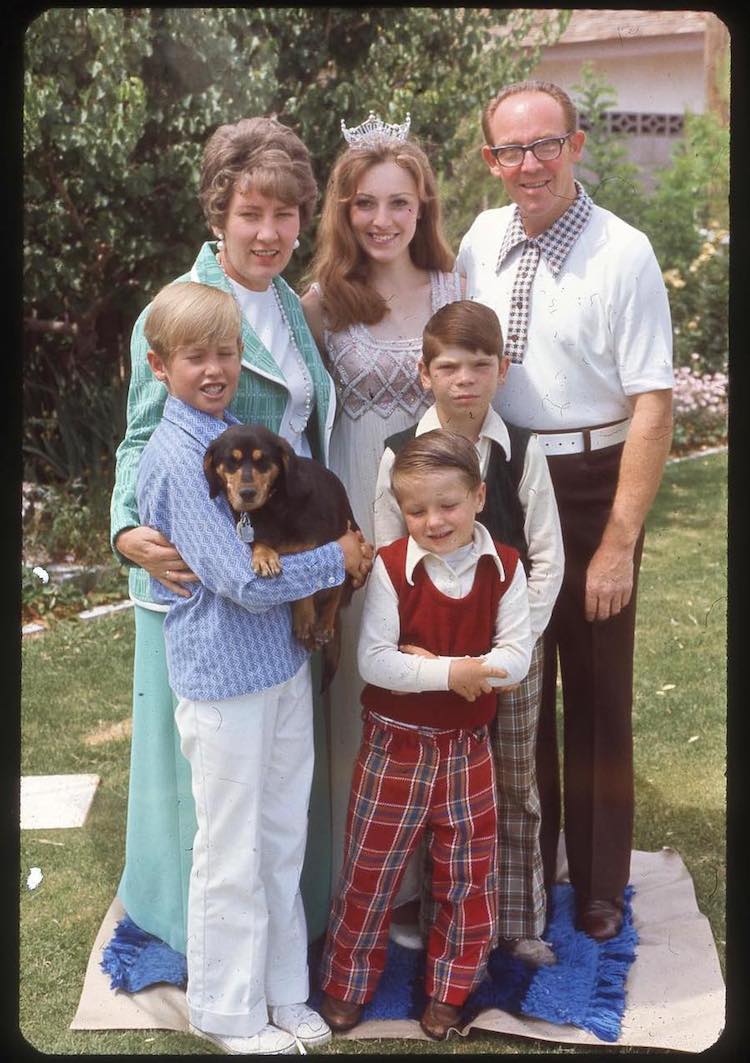 When did The Anonymous Project project begin and what inspired it?

The project is quite new. I started in January with my good friend Emanuelle Halkin. I have always been slightly obsessed with color slides even since I was little. I was always amazed at the quality of these unique images, which are like little windows into our past. I feel that slides have an emotional quality, more than some photos in the way they react to light. As I started collecting them, I realized that there were recurring themes in all these images; it was then that I had the idea of trying to assemble this collection. I also found that the slides that I found where often in a bad state of degradation and needed care and preservation. This is when it all came together and the project was born. 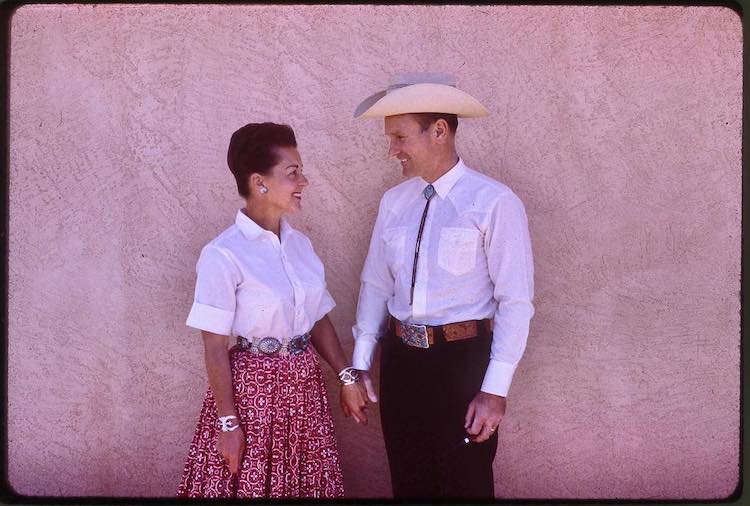 What attracted you to Kodachrome as a medium and why do you think it’s vital to preserve these images?

Not all the images are Kodachrome but there is a majority of these amazing slides in our collection. The colors and quality of these images are like no other images of their time. They have a depth and quality that is completely unique. I love projected images. As a filmmaker, it’s the crossroads between cinema and photography. They are the stories of all our lives. 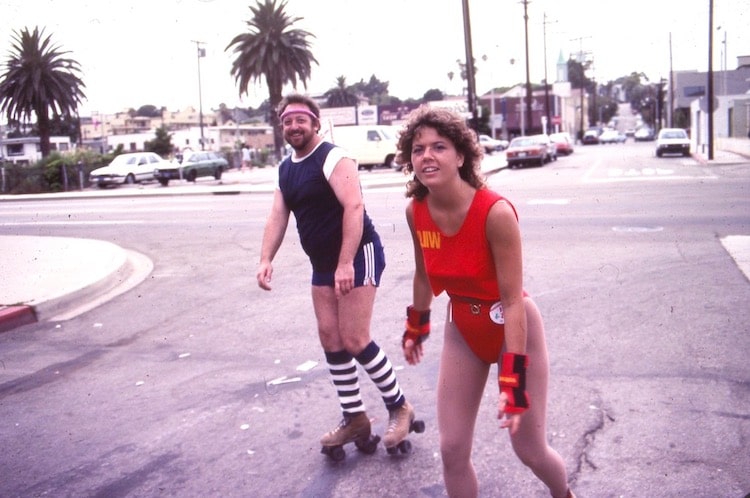 The Anonymous Project started out with you finding negatives at secondhand shops and digitizing them, when did you begin opening up submissions to the public?

At the beginning, we started looking at slides and negatives, but we soon realized that it was only the slides that we were interested in. We realized that they were going to be the base of our project. Part of the original idea was to create a community of collaborators and friends from around the globe that would help us source and collect these treasures.

It took a moment before people got the idea but once the project got going we were quickly inundated with people offering up their slides. We often get a lot of slides from clearance sales and people emptying their attics. We even receive anonymous lots arriving at the office with no trace. All very mysterious. It makes for good detective work. 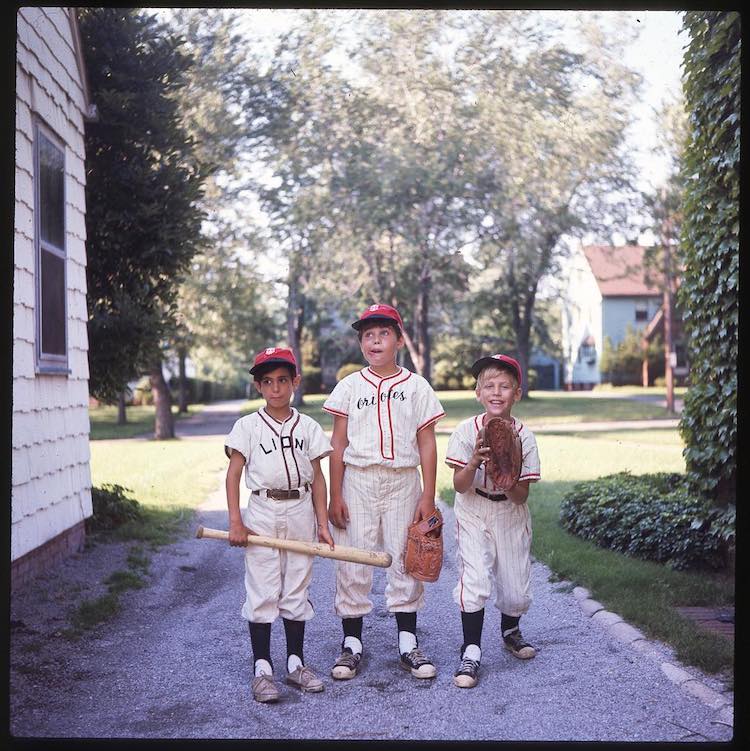 What’s the most surprising thing you’ve realized since opening up submissions?

There are daily surprises just in the images we receive every day, but one thing that is a constant and makes this project very special in my eyes is that it doesn’t matter what era or culture we live in—we all have the same goals, ideas, hope, and dreams. These are universal. Different, but the same is how I often think of this project. 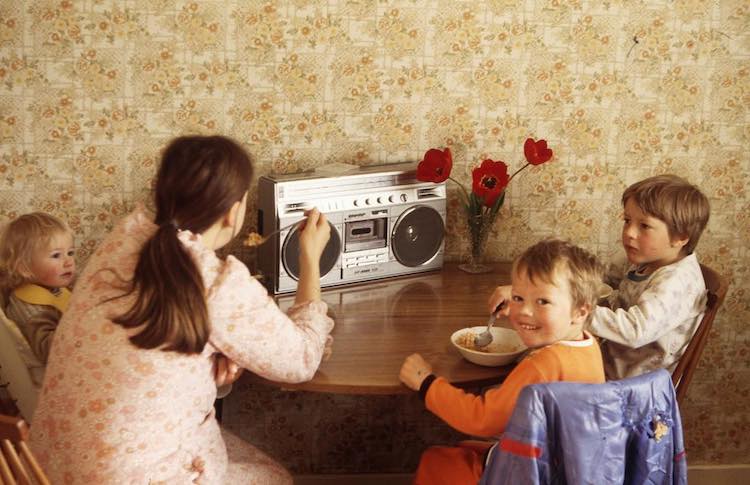 Is there any one image that has really stuck with you and why?

There are so many that I love and it would be impossible to choose. The last image that stuck with me is a simple family breakfast scene from the UK. I love the colors and the atmosphere of this very intimate family moment. The wallpaper, the radio cassette player, this could be a scene from my own childhood. 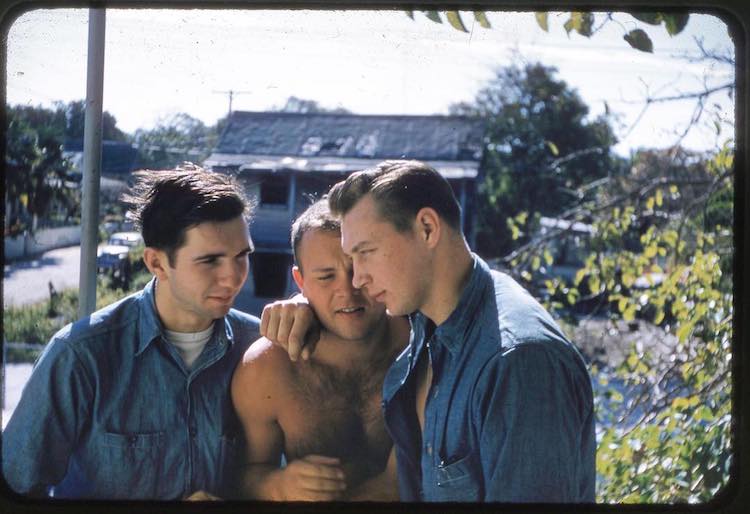 What are the biggest themes that have come through when looking through so many images?

Well, there are the obvious ones from cars to holidays to dinners and family celebrations but there are themes that are much more emotionally charged. Themes around love and friendship. We have a theme on our website just simply titled ‘Together’ which is about this. In term of the collection, the themes are limitless. 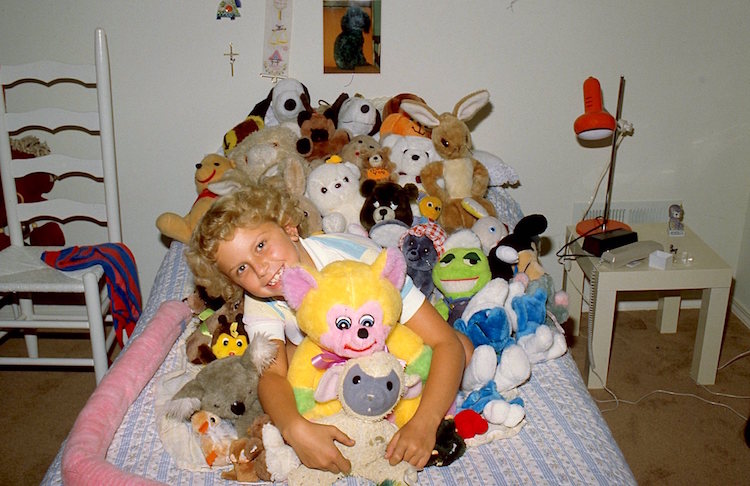 How many photos are currently in the database and what country are most of them from?

So far we have estimated approximately 400,000 slides that we have viewed. We have edited them down to a collection of around 5,000 specially selected images. Mostly from the USA, as that where the technology was born, but we also have images from all over the world including UK, France, Italy, Germany, South America, Korea, and even some from Africa. The network is growing. It’s a monumental task. 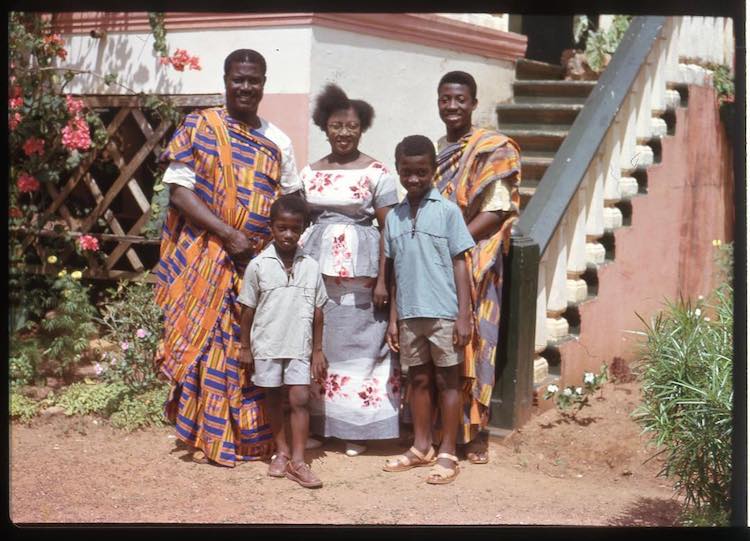 Where’s the most surprising place you’ve received a submission from?

We have a family from Ghana, which I absolutely love. They are fabulous. A proud father and his beautiful family always well presented and perfectly groomed. 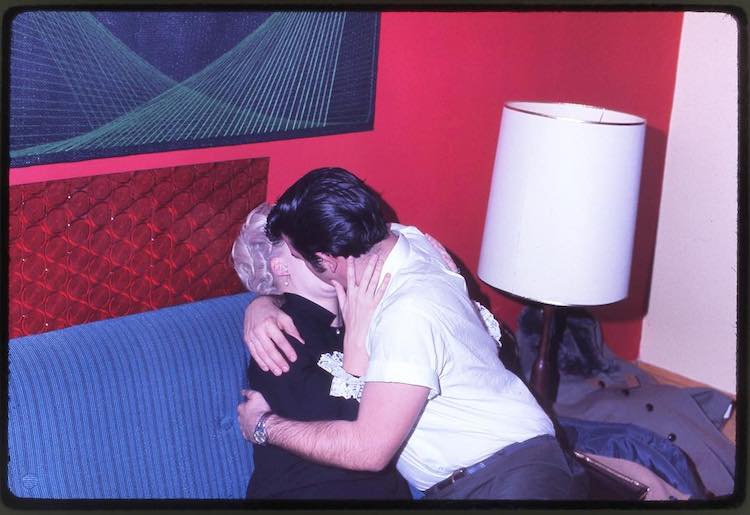 What do you hope that people take away from the project?

I think this project means different things to different people. I hope that they will have an emotional attachment with the project and take away a sense of the collective memory that we all share and is our duty to preserve. It’s not who we are but what we share that makes us human. 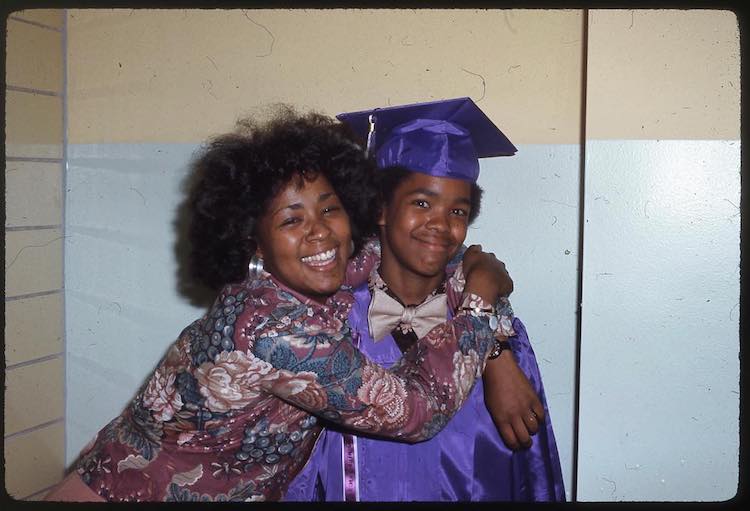 These are exciting times for The Anonymous Project. We have our first major exhibition in January in Paris followed by London. There are two books in the pipeline, and some conference talks next year. Also, a few photo festivals to come…and this is just our first year.

The Anonymous Project’s mission to save old family photos from extinction is becoming a reality thanks to donations that pour in from around the world. 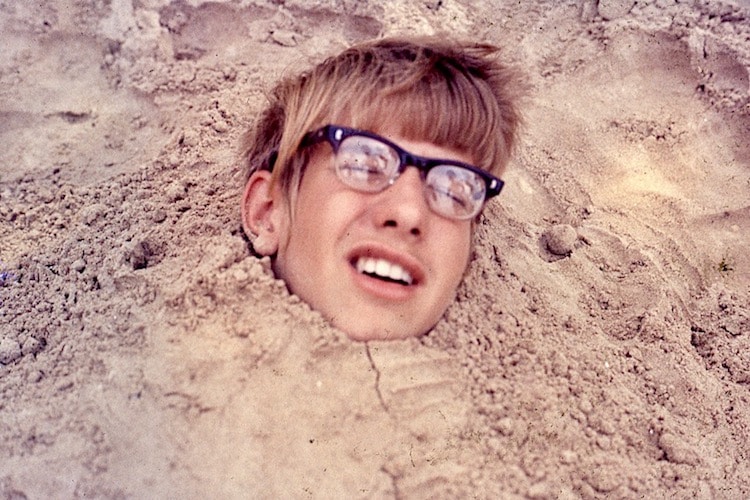 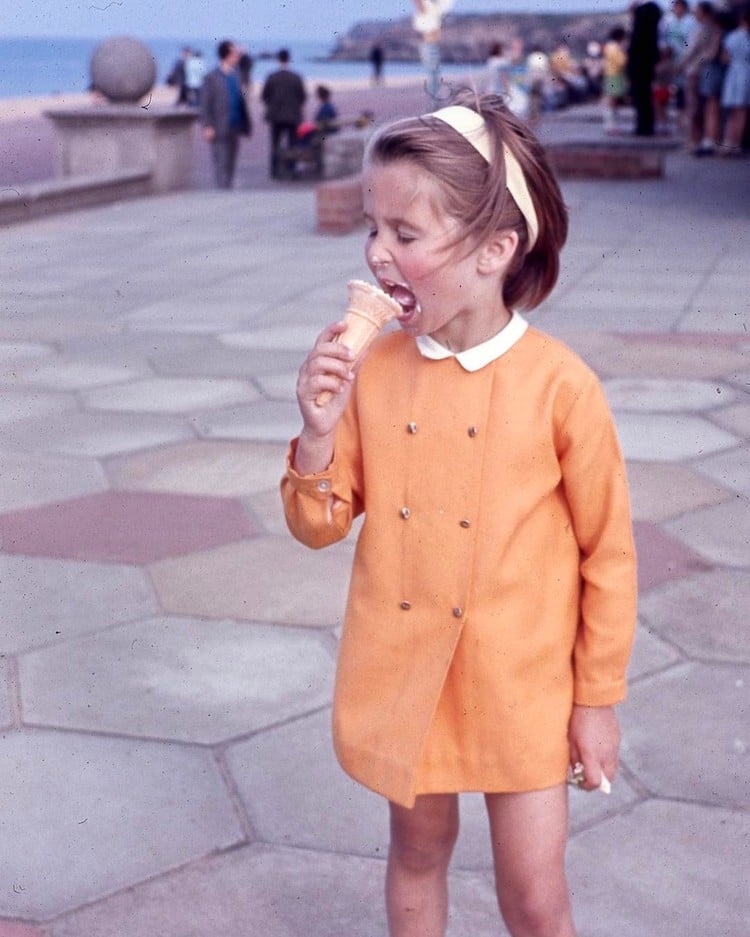 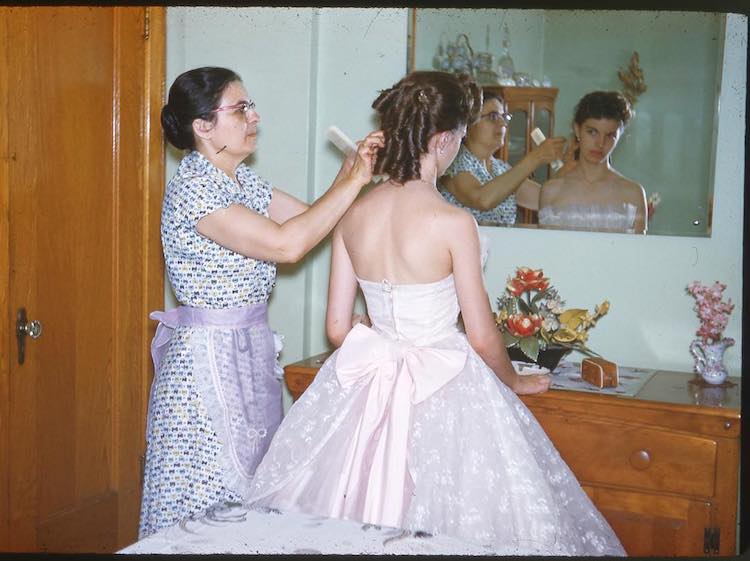 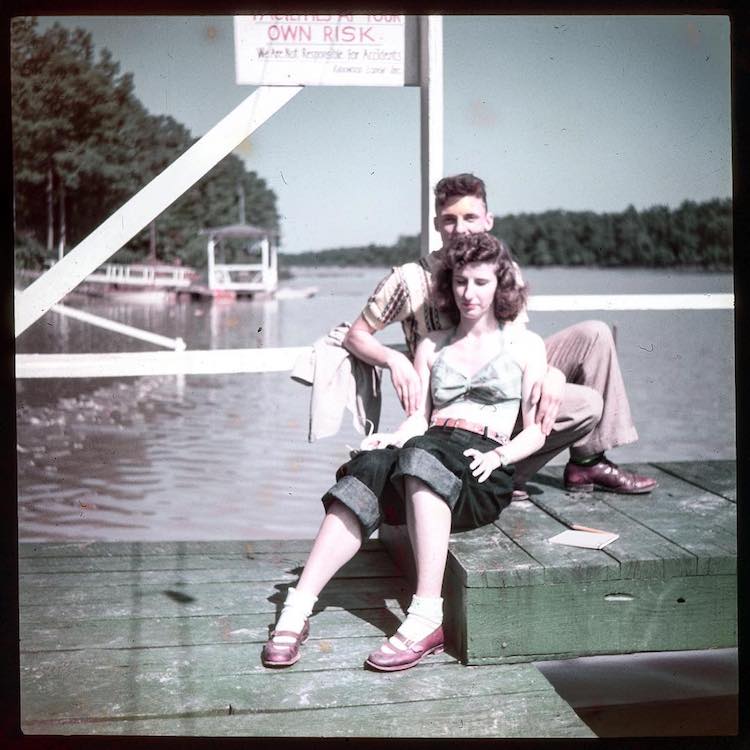 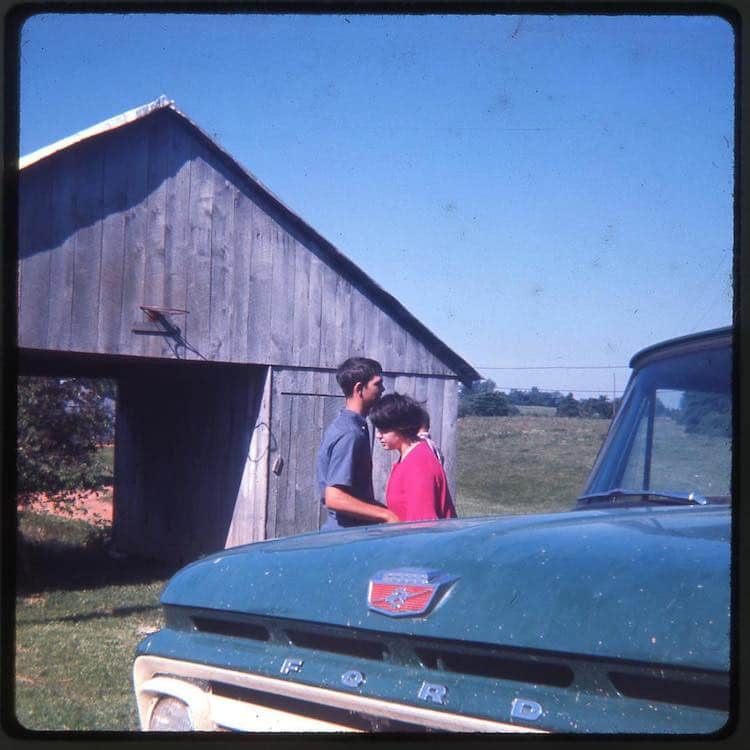 Vintage Snapshots Showcase the Thriving Streets of Paris in the 1960s