Different jobs pay different wages and that is understandable because some jobs don’t need specific qualifications while others require a degree, some jobs include a higher responsibility than others, some jobs are more dangerous than others, and so on.

But what all these kinds of jobs should have in common regardless of whether they are higher-paying or not so much is that they should pay a livable wage. Because a job is a job and a person should be able to afford a place to live in, to buy food, clothes and have some money for unexpected expenses.

Sadly, not all employers understand that and will not pay their employees what they deserve. On the bright side, people are starting to realize their value and won’t settle for less. One of these kinds of examples is redditor scubasteve2242 who asked for a wage in the suggested range that would satisfy them but was called too greedy. 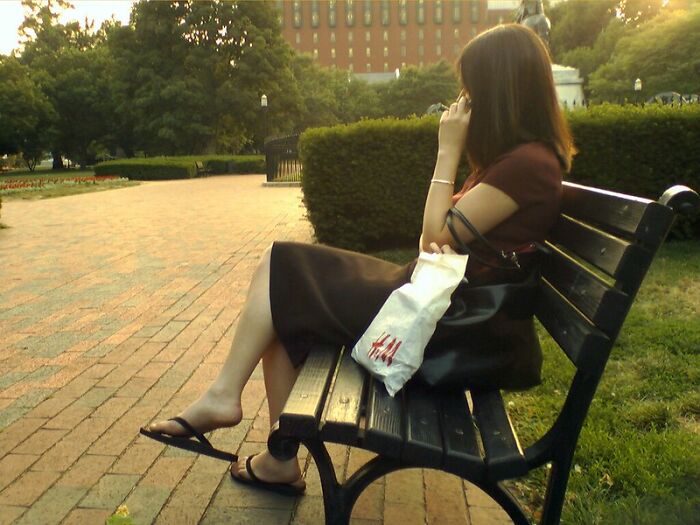 The Original Poster (OP) had been talking with a lady from a company they had submitted a job application to for a few weeks and finally got an official phone interview. The position didn’t require specific qualifications. The job description included vague requirements like a college education, an absence of criminal record, willingness to do training and being able to drive to different locations, enjoying working with children and having experience with being around them.

The job description provided a salary range from $12 to $19 and the OP said they would expect $15, which is in the middle of the range 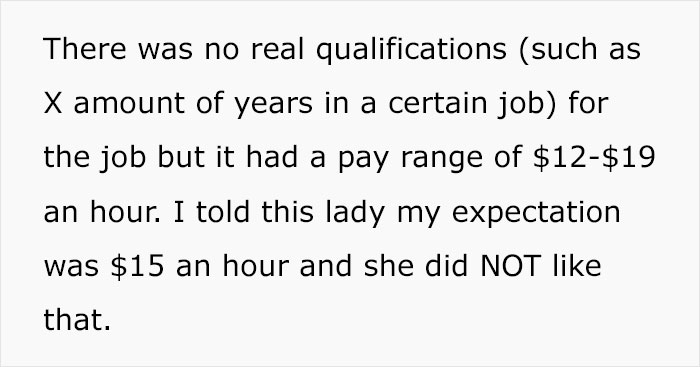 The promised pay was between $12 and $19 and usually that means that it depends on the experience and qualifications a person has. As standard, a candidate is asked about their expected pay during an interview and scubasteve2242 chose to not ask too much as well as not to devalue themselves, so they thought asking for $15 would be reasonable, especially knowing that they met all the criteria that were listed in the job description.

That didn’t sit well with the interviewer, who proceeded to describe other job benefits to make the OP feel bad for asking so much 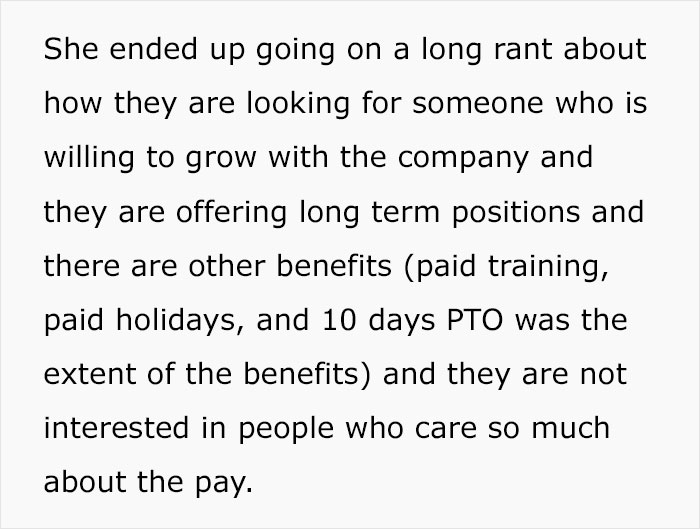 The OP was lost for words as the request didn’t seem unreasonable, especially when they met all the requirements listed in the job description

The OP didn’t expect the reaction they witnessed from the lady on the phone. She was disappointed that the redditor was asking so much and that the company was looking for an employee who wouldn’t work there for the money. Besides, the position they were offering was a long-term one with other benefits and possibilities for growth.

It all sounds nice, but as the OP pointed out, benefits don’t put food on the table and don’t cover car payments. The OP was also confused and didn’t even know what to answer to the interviewer as they couldn’t understand how an employer would expect a person to survive earning $12 per hour. 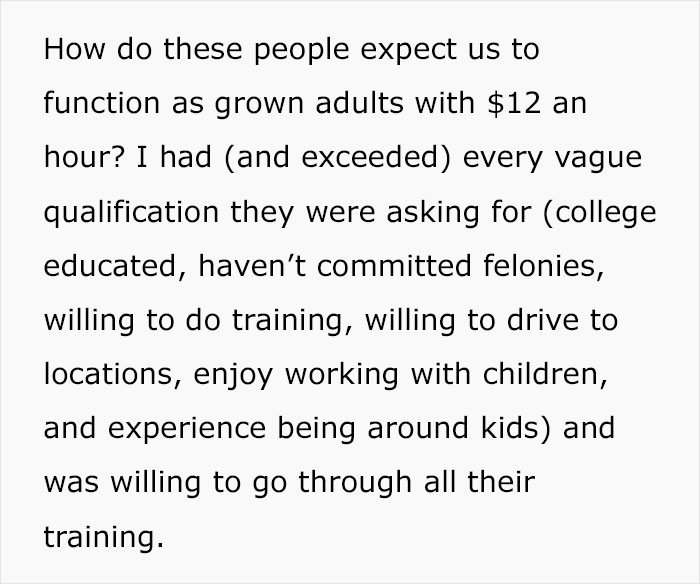 The lady’s rant didn’t leave a good impression on the redditor, even though they seemed to be a good enough candidate for the company as the lady wanted to schedule another interview. The OP is not considering such a possibility and is thinking of telling the interviewer how ridiculous the company is being if she ever contacts them again.

People in the comments supported the OP and completely understood their point of view. Some shared their own experiences of not accepting offers that would pay less than they thought they were worth.

What do you take from the story? Do you think the OP was too greedy and should have tried to work for a bit and earn a promotion? Or do you think employers are not willing to take proper care of their employees and pay them an honest wage? Let us know your thoughts in the comments! 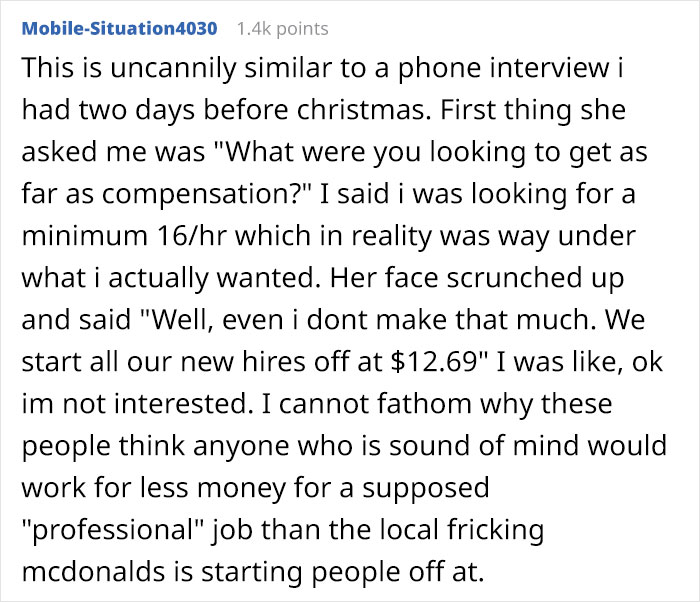 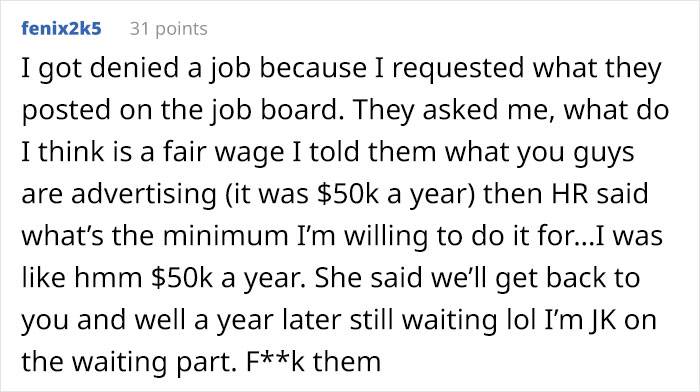 The post Interviewer Goes Off On A Potential Employee For Expecting To Be Paid An Hour When They Listed A – Range first appeared on Bored Panda.