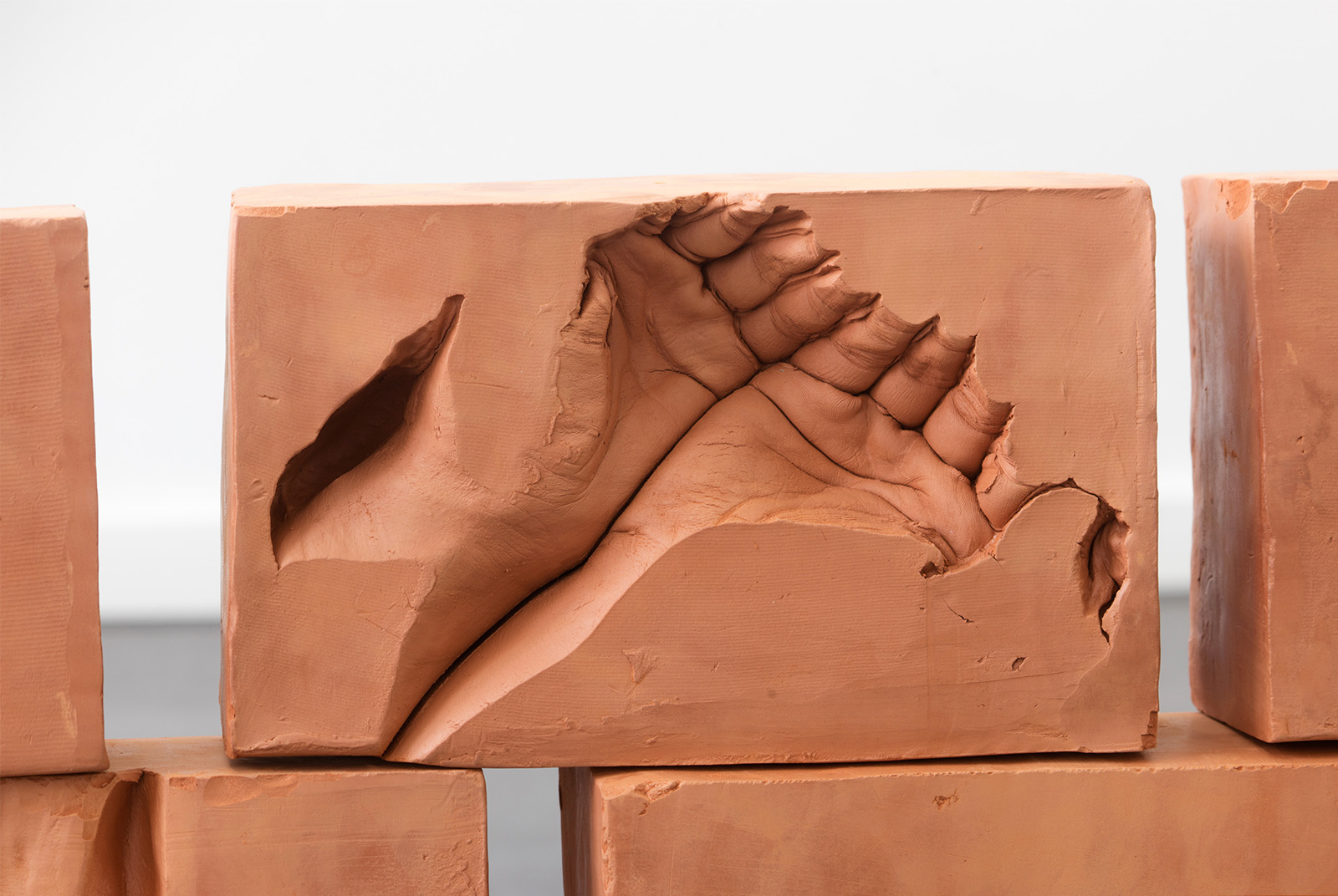 By Hand is one of several pieces by Dan Stockholm that explores the process of making an object by capturing its performative actions within the work. For this particular installation Stockholm placed negative plaster casts of his cupped hands into a series of red clay bricks that vary in how much they reveal. Some objects showcase both hands, while others only hint to a sliver of a finger or palm.

The positions of the cupped hands mimic gestures Stockholm made during a 2013 performance in which he touched every inch of his father’s house after his death. The intimate moments now embody their own structure, the abstract shape of his father’s home reincarnated through gesture.

The work was exhibited at Künstlerhaus Bethanien last spring for his solo exhibition HOUSE. You can view more of Stockholm’s sculptural works on his website.