I once visited White Sands National Park in New Mexico, and even with sunglasses on, it was positively blinding.

At least the sun goes down in New Mexico. Imagine being in the similarly all-white landscape of the Arctic during that time of the year where the sun sticks around 24-7. To cope, for generations the Inuit and Yupik peoples from that region have prevented snow blindness by carving their own snow goggles. 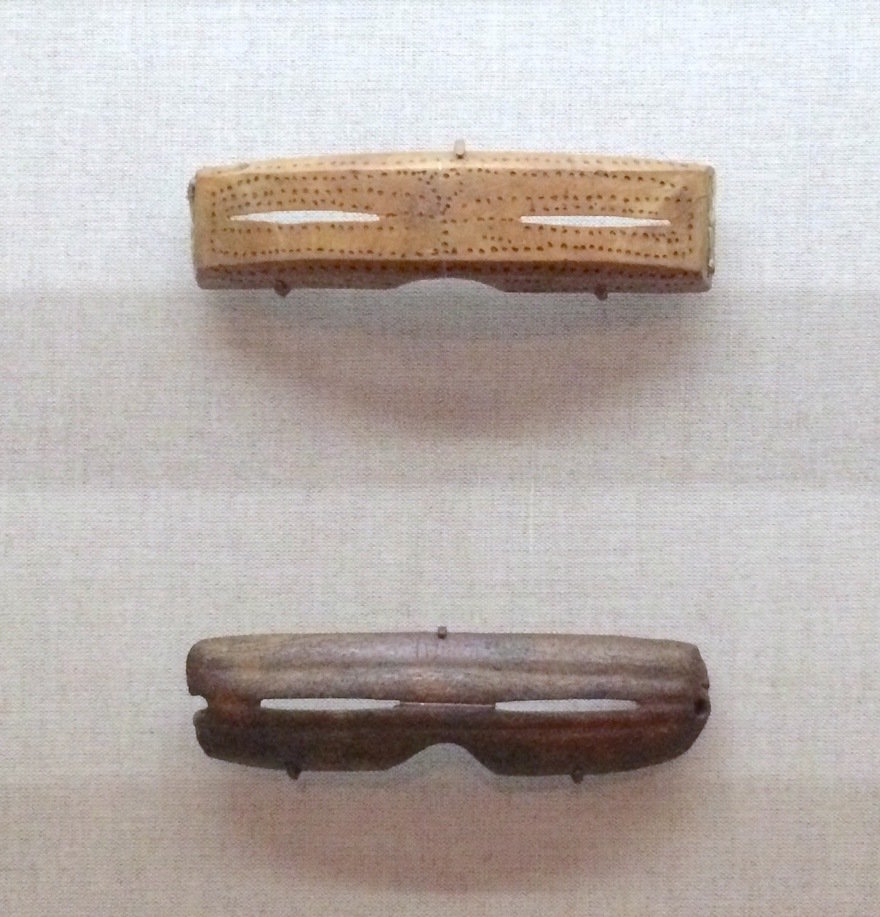 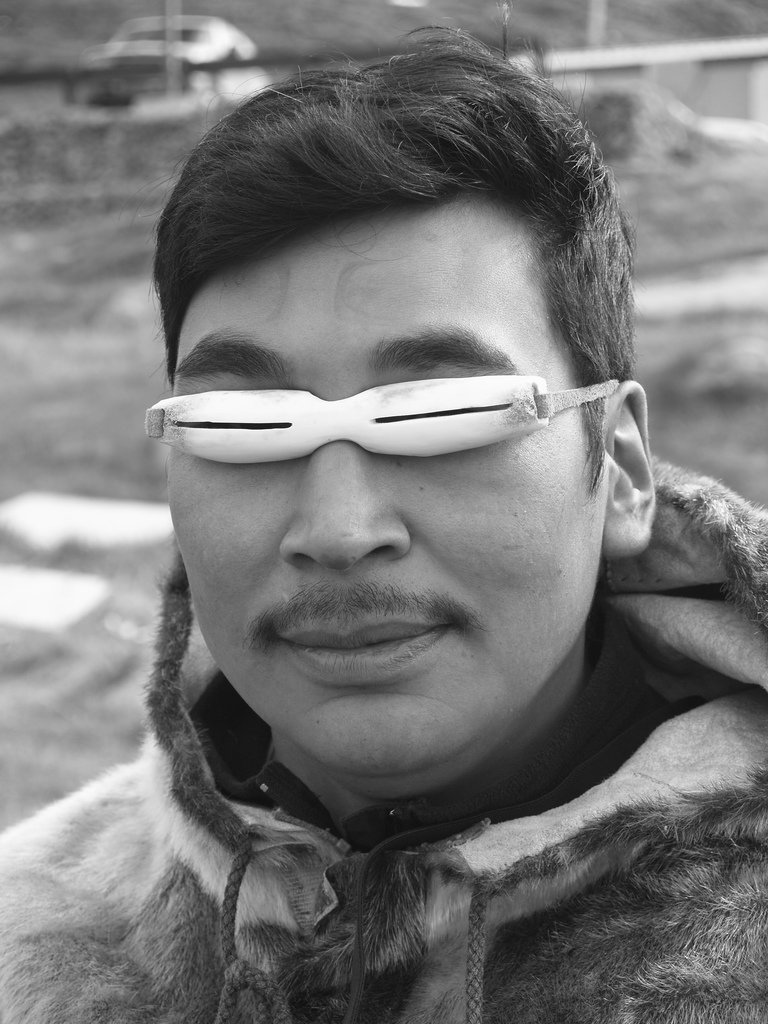 “Inuit goggles made from caribou antler with caribou sinew for a strap.” Image: Julian Idrobo from Winnipeg, Canada, CC BY-SA 2.0

Made from spruce, bone, walrus ivory or caribou antlers, the goggles are hollowed out on the inside to conform to an individual’s face and have extremely narrow slits cut in them. The narrowness of the slits not only cuts down on glare, but actually helps focus one’s vision, similar to the way that a pinhole camera works. 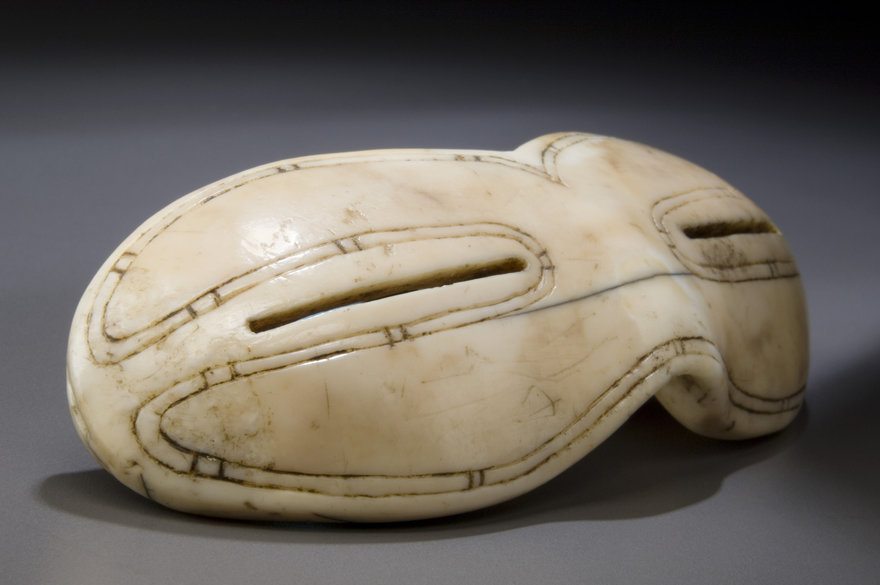 Sockets roughly corresponding to the shape of one’s eyes were carved out of the inside, to help form a better seal around the eye. Additionally, these sockets were sometimes coated with soot to prevent what light does get in from bouncing around. 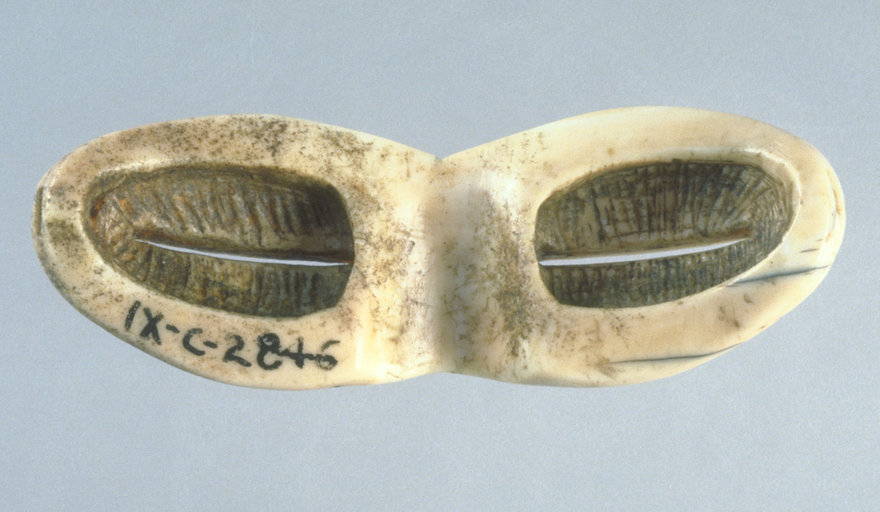 You can read more about these over at Smithsonian Magazine. 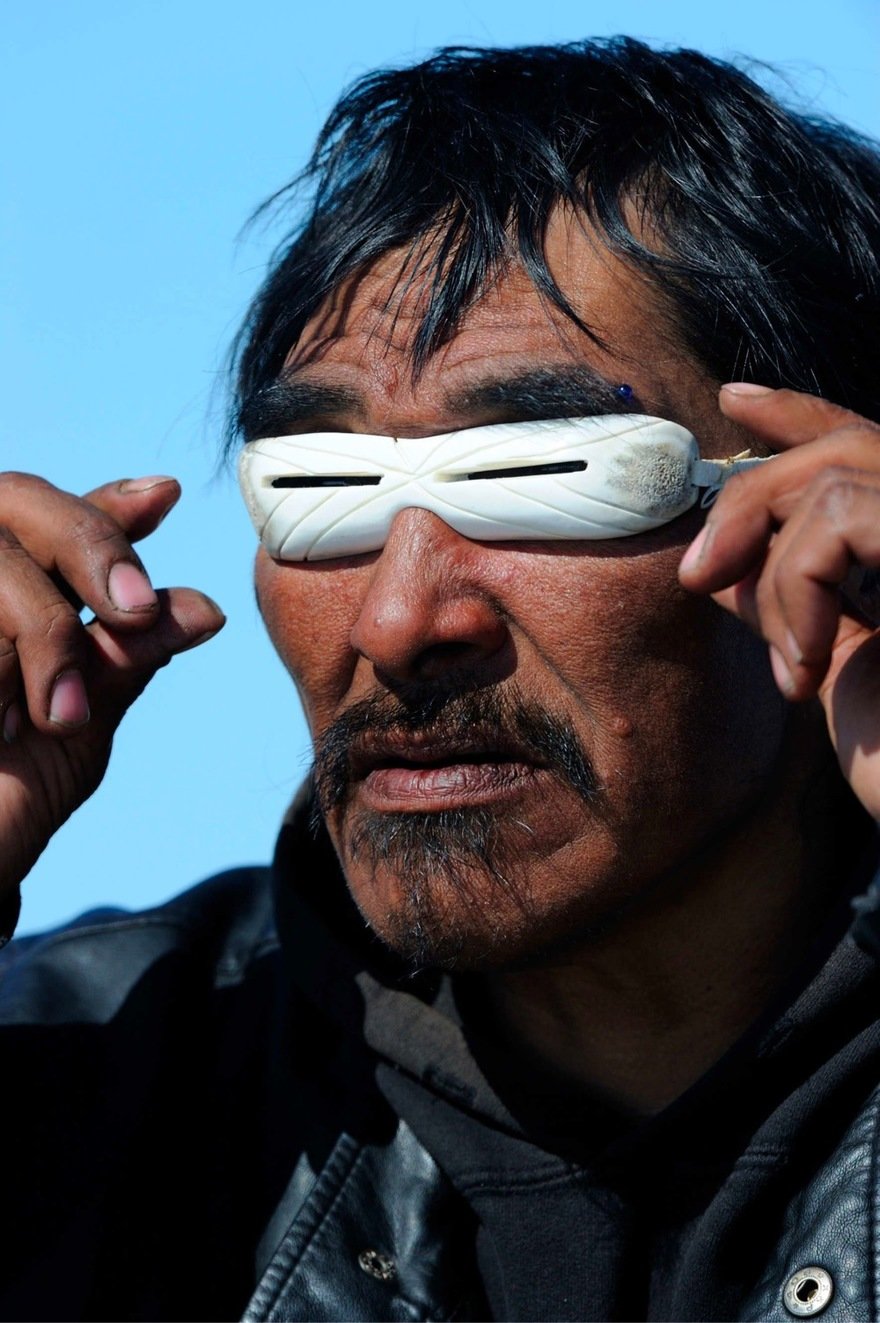 It’s Time For The Funniest Parenting Tweets Of The Month, Here 110 From September That Anyone With Kids Can Appreciate