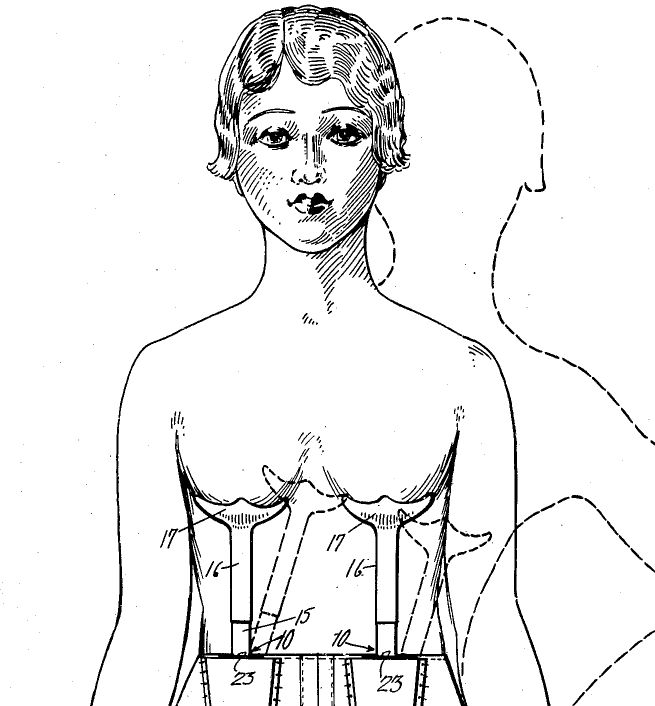 Inventor Ralph Woltstem doesn’t call them shock absorbers, but that’s basically what he had in mind when he filed thispatent in 1928. In order to provide breasts with the support that they need during vigorous movement (e.g. anime), he proposed installing springs that support each breast from the bottom: