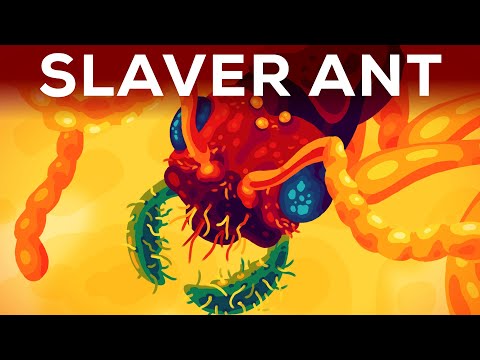 Nature is brutal. About 50 species of ant engage in keeping slaves of another species. The most efficient and ruthless of them is Polyergus. Their main activity is raiding nests of Formica ants to take their babies and put them to work. Or at least the ones they don’t eat. Sometimes they take over an entire colony of ants to make them slaves. Their two-tiered colonies consisting of a relatively few cruel bullies that don’t even get along with each other and the many more who do their work may remind you of some human societies we’ve heard of. However, ants, lacking any kind of agency, are doomed to continue this because that’s how they evolved. Kurzgesagt explains how Polyergus acquires and maintains their slaves. We also learn some pretty interesting, if disturbing, things about ants along the way. The last two minutes of this video is a promotion.