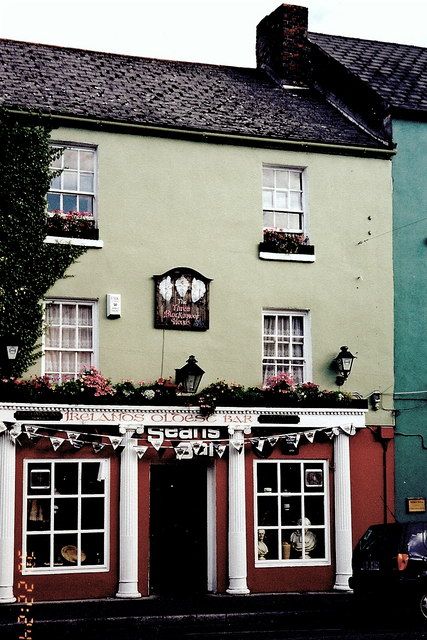 The Guinness Book of World Records has certified Sean’s Bar in Athlone, Ireland, as the oldest pub in Ireland. But could it be the oldest bar in the world? Several places claim the title, going back to the late tenth century.

But according to archaeological research conducted and verified by the National Museum of Ireland, Sean’s Bar dates further back than them all: to 900AD. This predates the defeat and decline of the Vikings in Ireland. The Anglo-Norman conquest of Ireland. And the creation of whiskey and black beer themselves, with which the Emerald Isle’s pubs have become synonymous. Combined with the carbon-dated material – including bits of mud, wood and wattle – and the presence of ‘tavern tokens’ found on the site (now on display in the National Museum of Ireland), the sense in Ireland is that Sean’s Bar is very much worthy of the legend.

Sean’s Bar has had many owners, but it has continuously operated as a pub since it first opened. It was born in a perfect location, where a ferry crossed the river Shannon. In fact, the ferryman himself opened the original pub under the name Luain’s Inn. Now 1100 years later, Sean’s Bar still offers traditional Irish hospitality. Read about the ancient bar that still serves customers at BBC Travel. -via Nag on the Lake

Rating Irish Bar May Be the Oldest in the World is 5.0 / 5 Votes: 1
Please wait...
Loading...
Related articles