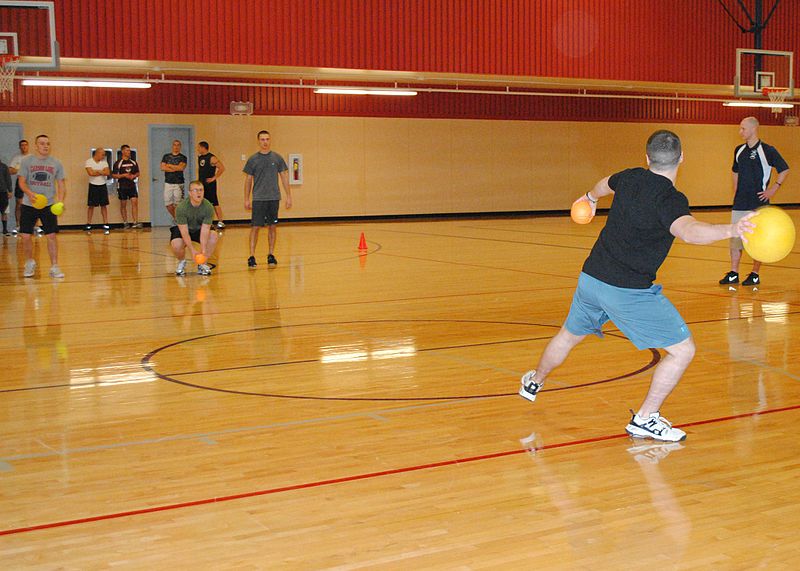 Dodgeball, a game where the objective is to hit other players with a rubber ball and eliminate them, is quite a popular game in school. Proponents of dodgeball point out that it’s a great (and fun) way to get some exercise, but the game does have a dark side: some people point out that dodgeball lets kids gang up upon and pick on their schoolmates who are physically weaker.

Debates on dodgeball’s implications on the mentality of children and what kind of mindset players will get from the game have risen throughout the years: is dodgeball bullying?

A new study presented at the Canadian Society for the Study of Education in Vancouver, British Columbia, Canada, offers support that dodgeball may send the wrong message to schoolchildren:

Some researchers in British Columbia concluded it’s the former, calling dodgeball “a tool of oppression” that unfairly targets some kids, teaches them to dehumanize each other and reinforces negative behaviors parents teach their children to avoid.

“If someone is going to be a good person when they get older … they need to have practice when they’re young and in school exhibiting those characteristics,” Burns said. “If you want people to practice the disposition of ganging up on people, if you want them to practice really enjoying throwing things at people, it can lead to all sorts of other things in the future.”

In other words, dodgeball sends the message that it’s acceptable to “dehumanize or hurt” the other player, researcher Joy Butler, a professor who studies pedagogy and curriculum development at the University of British Columbia in Vancouver, recently told The Washington Post.

Do you think that dodgeball encourages bullying?