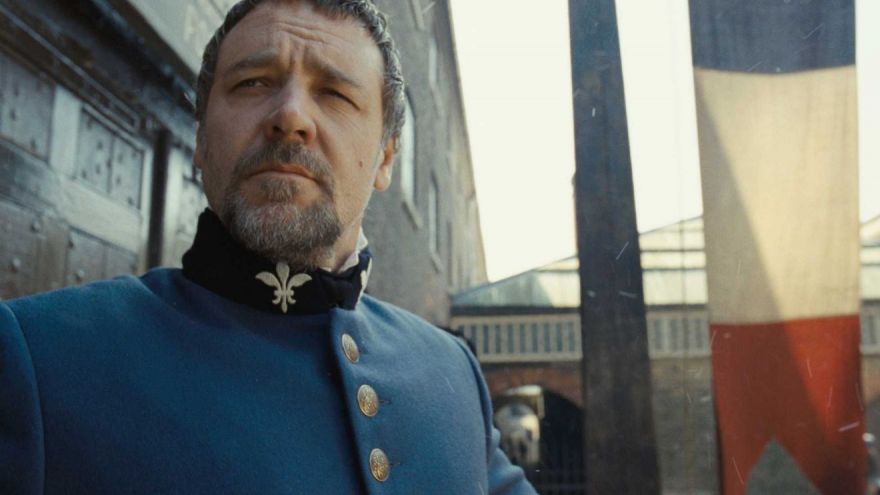 If you’re familiar with the Les Miserables musical, then you’ve probably caught wind of fans who don’t like Russell Crowe’s portrayal of Inspector Javert in the movie adaptation. His portrayal was so poorly received that he had to defend his singing chops on social media. I’m not gonna lie, watching the musical and then watching the movie made me dislike Crowe’s singing. With the movie adaptation hitting Netflix soon, more people will have a chance to share their opinions, as Polygon details:

Crowe is admittedly a strange choice to star in a musical. His voice is a little gruff, rather than clarion in the way that’s generally expected on Broadway. Listening to previous well-known Javerts — Roger Allam, Terrence Mann, Philip Quast, Norm Lewis — makes that distinction clear. Their voices are clearly distinguishable from each other, but all of them possess a broad, open quality, unburdened by the gravelliness of Crowe’s voice.

intimidating more because he’s a big guy with rough edges, and less because he possesses the kind of laser precision that Mann brings to the part. It makes Javert’s eventual crisis and breakdown particularly compelling. Crowe acquits himself best in “Javert’s Suicide,” as the tremulous quality of his voice when he’s pushed to the edges of his range works in harmony with his character’s uncertainty — and to his credit, he nails his high notes.

That’s the quality I find most crucial to judging Crowe’s performance as commendable: He hits all his notes at the right times.