When that Southwest Airlines flight depressurized last week between New York and Dallas, killing that poor woman, the plane began descending rapidly and the overhead oxygen masks deployed. I’ll never understand this compulsion, but one of the chaps in the photo below pulled out his phone to capture this selfie: 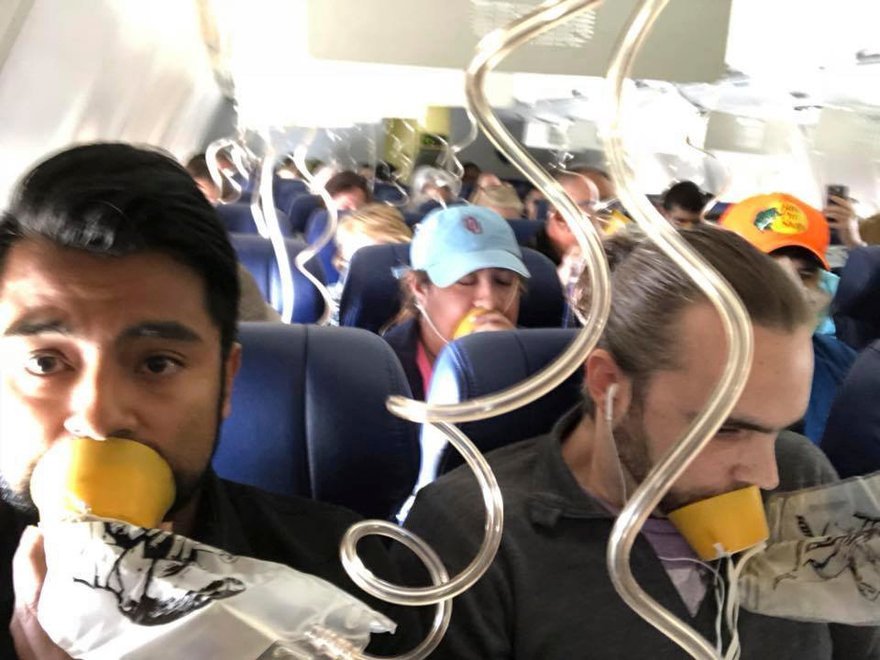 As you can see, all three people are wearing their oxygen masks incorrectly. It is meant to be worn, as you undoubtedly remember from countless flight attendant demonstrations, over both the mouth and the nose. 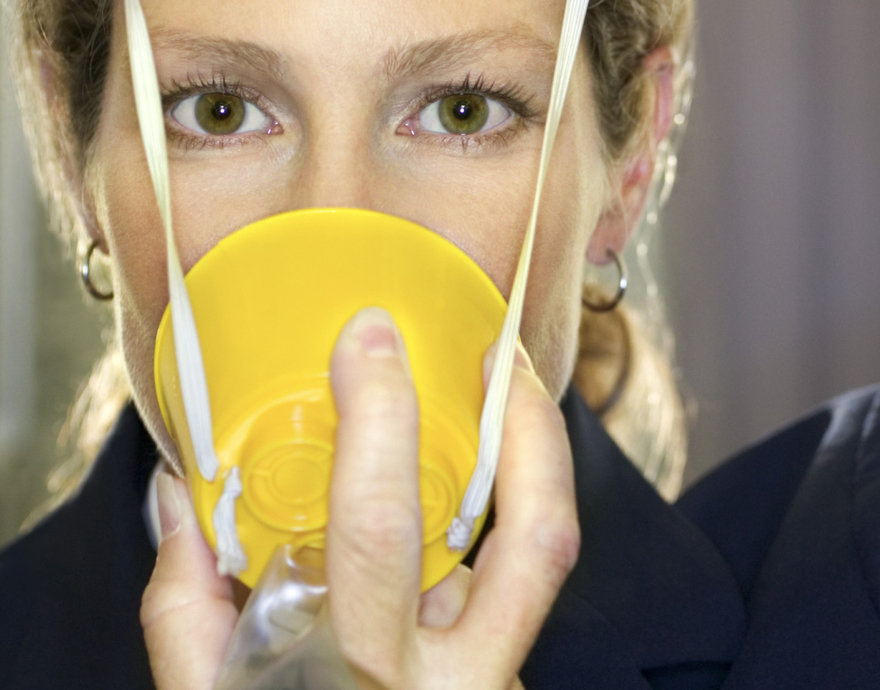 My first instinct was to dismiss these people as idiots, because I was still hung up on the “Who shoots a selfie when they think they are going to die” thing. But after removing my bias, I considered the design of the mask, which is round. 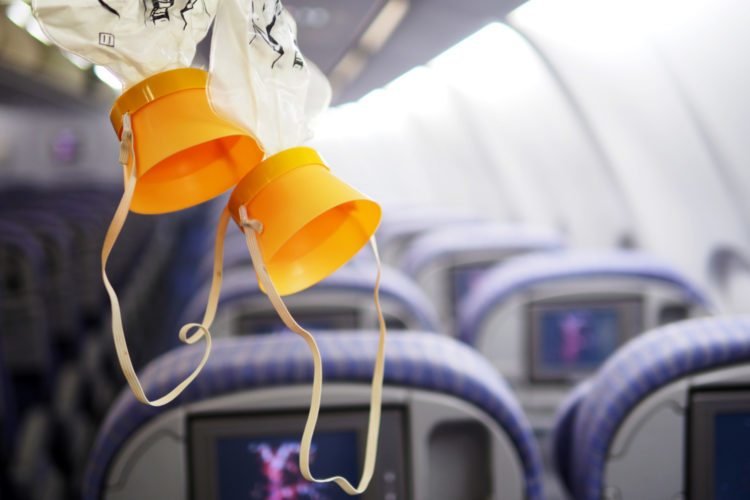 So just now I grabbed a coffee mug approximately the same diameter as the mask and tried putting it over my mouth and nose. Unsurprisingly, the shape doesn’t jive.

However, the masks, unlike coffee mugs, are made of soft plastic. When worn properly, they do conform to the face, as seen in these images: 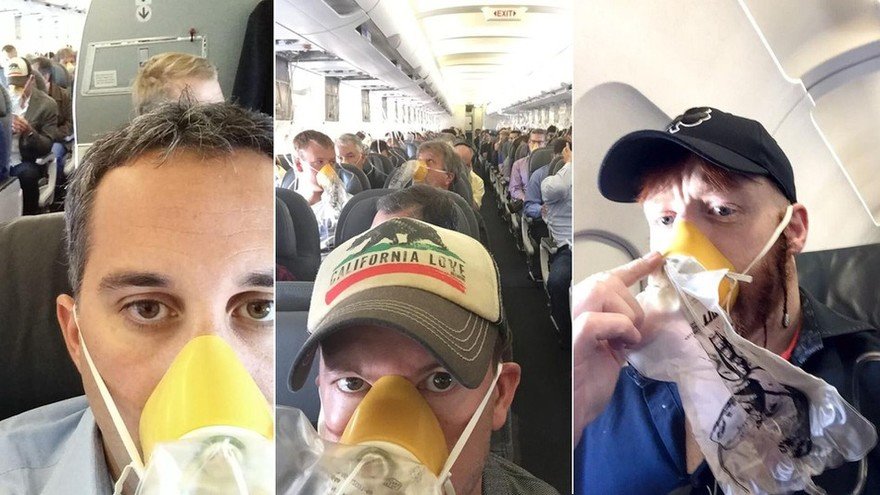 The problem is that the default circular shape does not look as if it will fit over your mouth and nose. Add panic to the mix and I can forgive these dingbats for not wearing it right. If these were more teardrop-shaped, like a dust mask or the mouthpiece of a respirator, even an imbecile could deduce how they were meant to be worn. 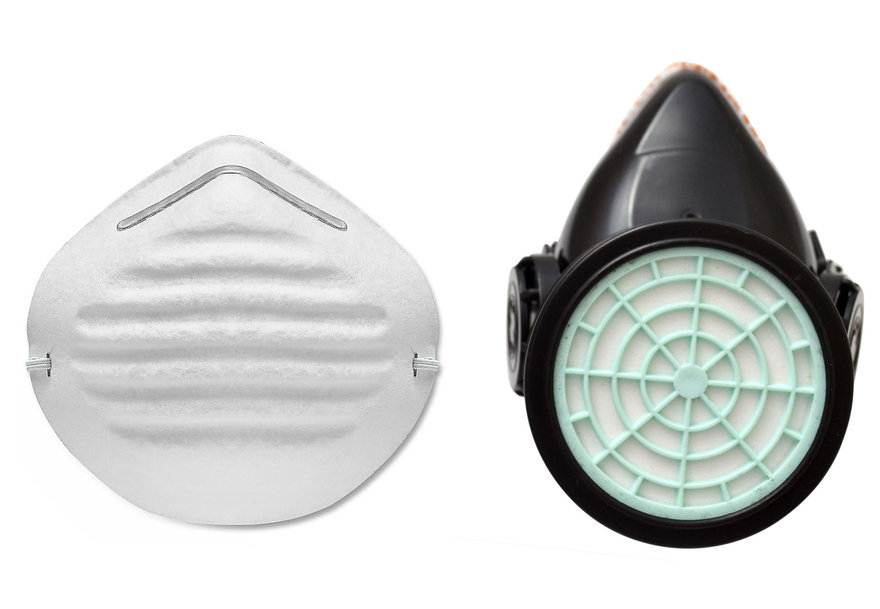 Another thing about the design is the following weird feature. I can’t quite call this a design…flaw, but look at the position of the apertures on the inside of this mask: 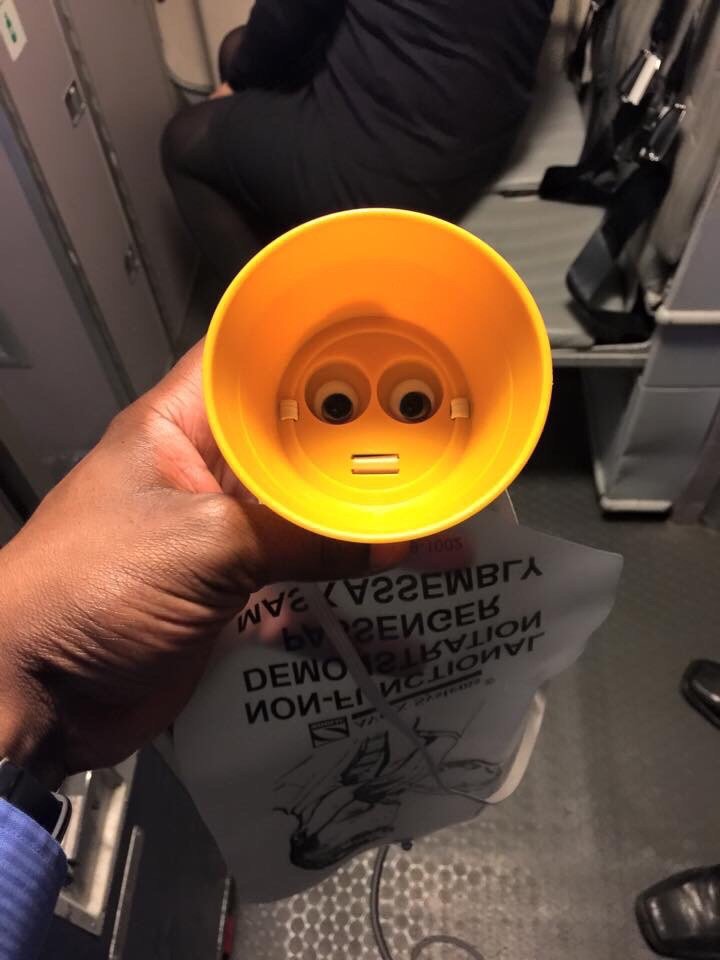 So the engine explodes, a window shatters, a woman gets partially sucked out of the window, the plane goes into a dive, you think you’re going to die, then this mask deploys and you’re looking at a startled emoji.

Which presents you with an awful dilemma: Do I have time to Instagram both the inside of this mask and a selfie before this plane hits the ground?